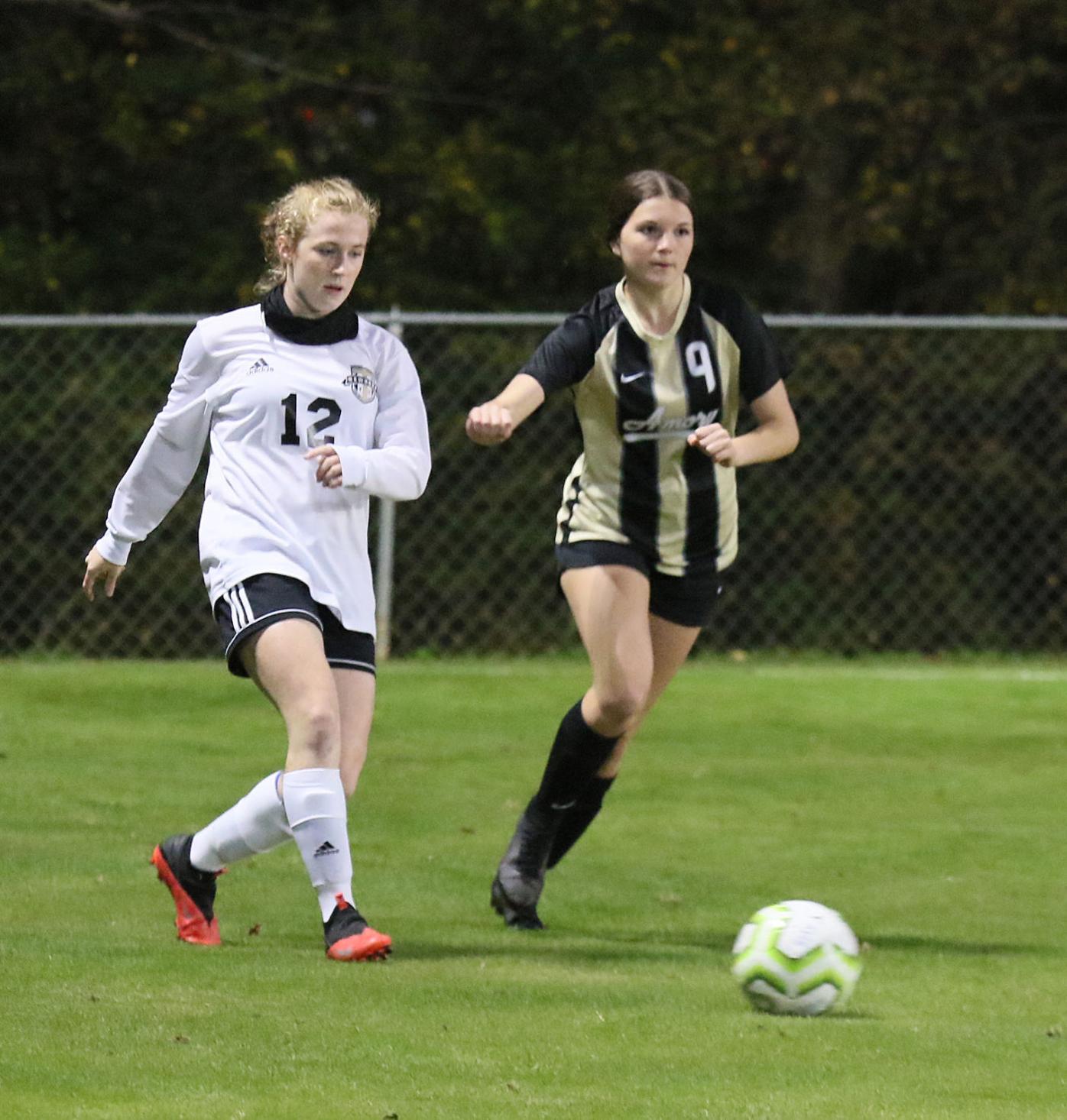 Amory’s Christi Carol Smith scored the Lady Panthers’ first goal of the night early in the second half. 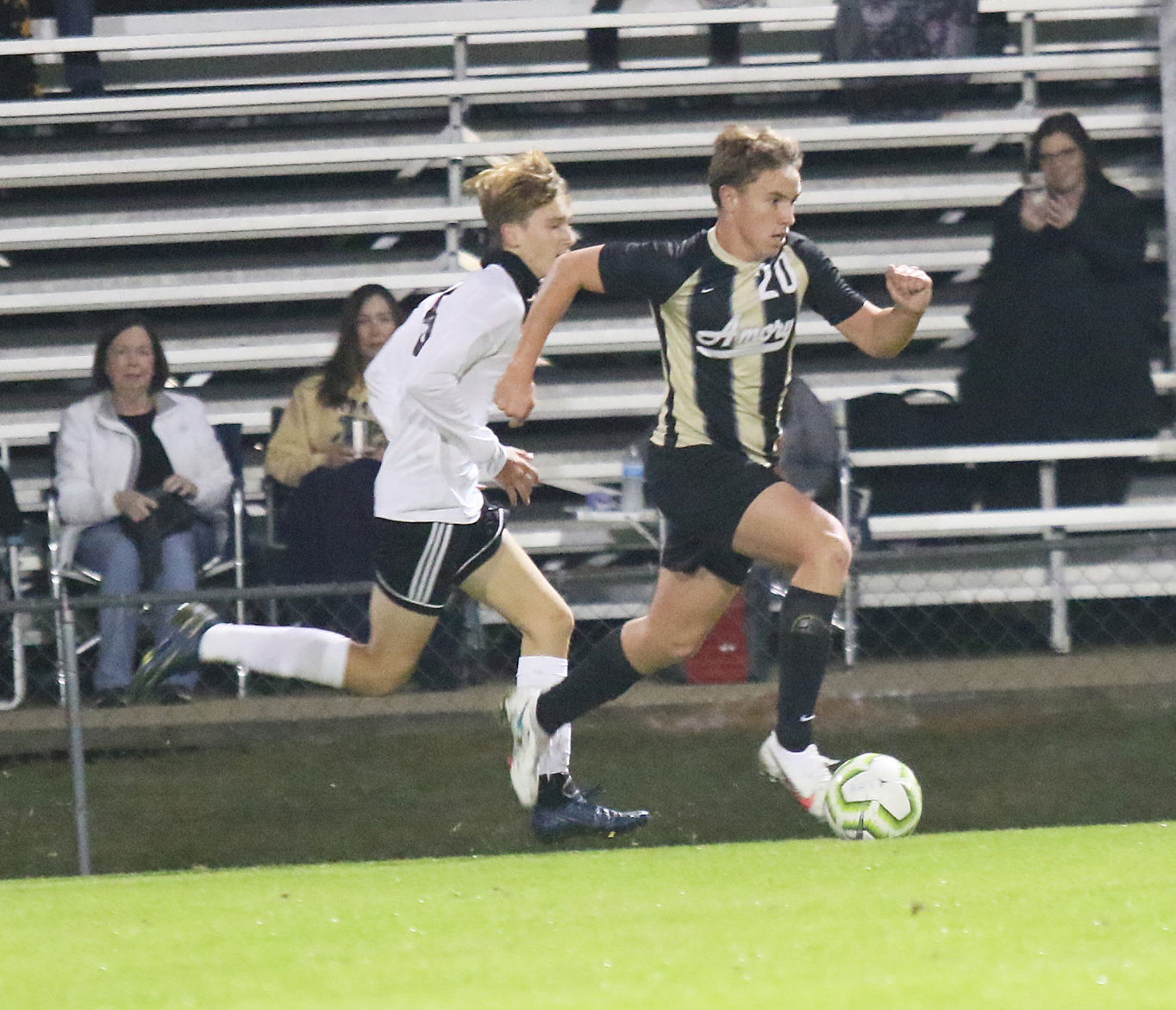 Amory’s Reed Stanford scored the first two goals of the night and assisted on the final one. 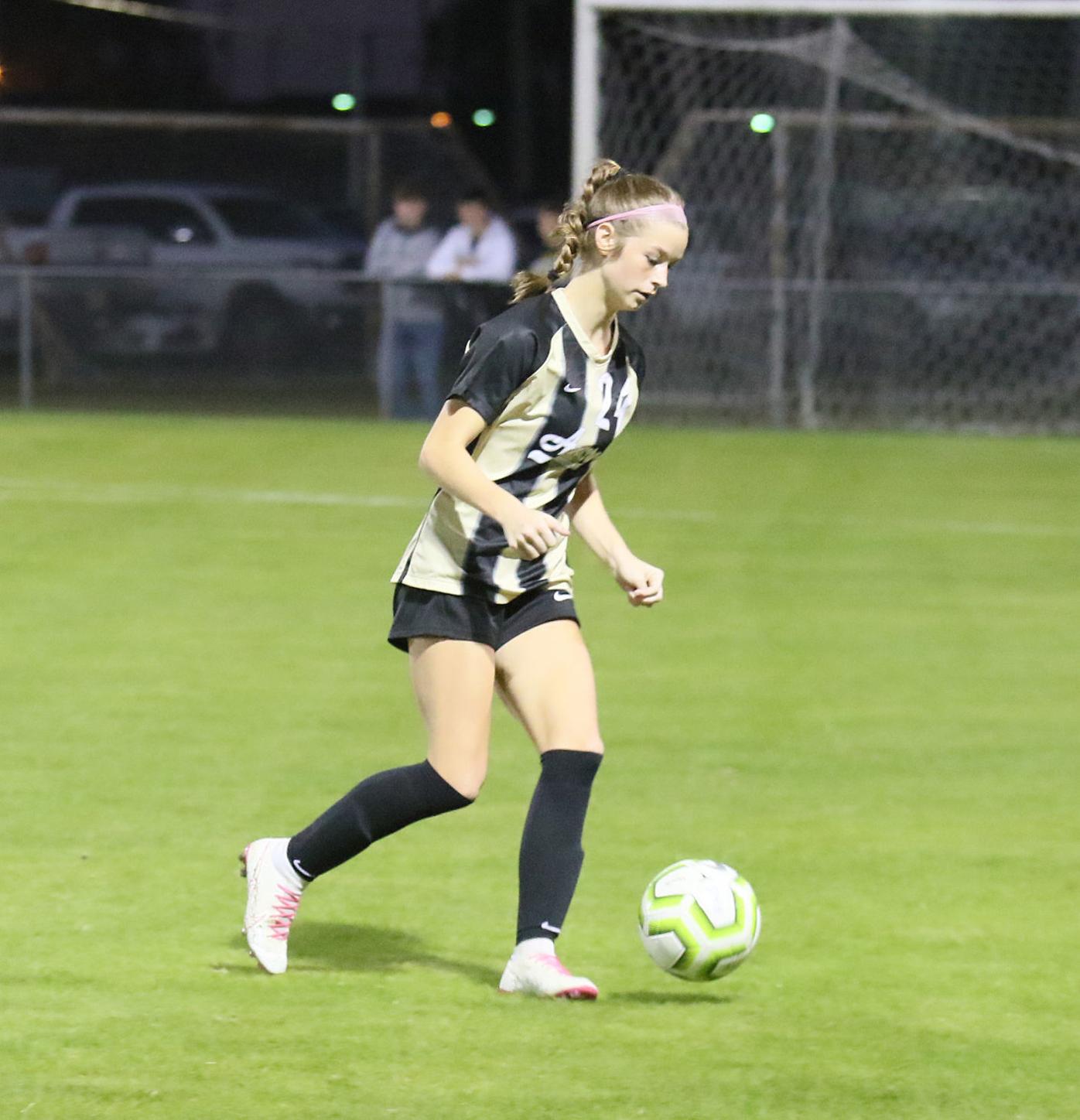 Amory's Emma Gore makes a run down the right side in the first half. 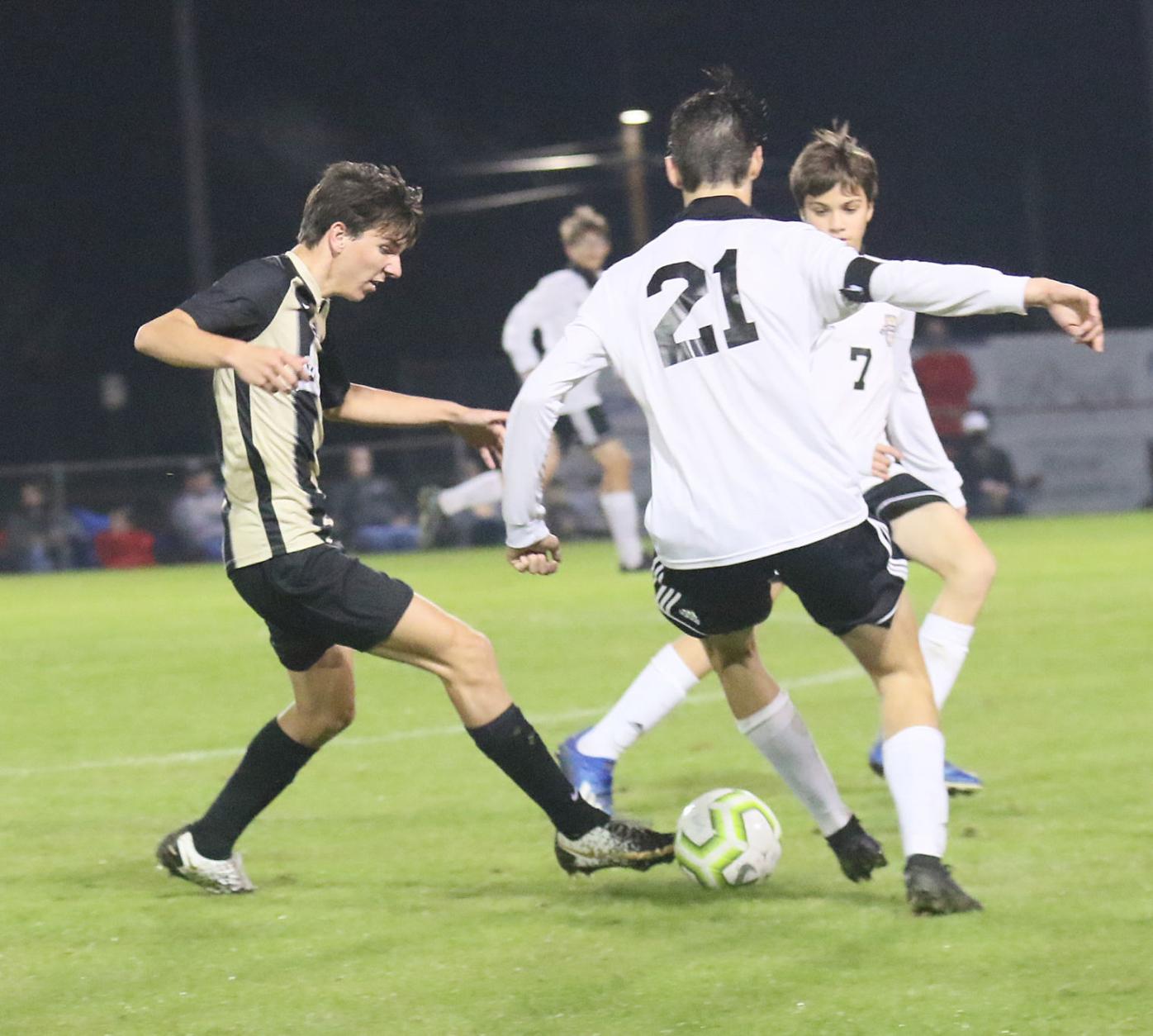 Amory's Bryce Helton tied the game with his goal in the 76th minute.

Amory’s Christi Carol Smith scored the Lady Panthers’ first goal of the night early in the second half.

Amory’s Reed Stanford scored the first two goals of the night and assisted on the final one.

Amory's Emma Gore makes a run down the right side in the first half.

Amory's Bryce Helton tied the game with his goal in the 76th minute.

AMORY – The Amory Panthers snagged their first soccer win of the season in dramatic fashion, scoring two goals in the final four minutes to down New Hope 4-3 on Thursday night.

Riley Grace had the game-winner with two minutes to go after Bryce Helton tied it in the 76th minute.

“We played a lot better in the second half than we did in the first half, and we showed some confidence in the last 20-30 minutes that we haven’t seen,” Amory coach Nathan Clayton said. “We would build up and get it in the attacking third and just not have the confidence to finish. We were determined at the end once we got that goal to tie it to push forward.”

After the Trojans scored early, Reed Stanford started off a good night by tying the game with his penalty kick after he was taken down in the box in the 19th minute.

New Hope pushed back ahead in the 24th minute and carried that lead into the half. They added another goal early in the second half, but Stanford answered again and cut it to 3-2 with his second goal of the night around 10 minutes later.

Helton nailed a long shot for his goal to tie the game with Gunnar Williams on the assist.

Amory’s chance to go ahead came off a corner kick after Williams’ shot just knocked off the crossbar. Stanford got around his defender and passed it to Grace, who hit the game-winner.

“New Hope has a good team, and this was a good test for our defense,” Clayton said. “This was the first game back for Landon, our goalkeeper, after being in quarantine, and (Tyler) Sledge played well on the outside. He’s had to play in the goal, so he hasn’t had any experience there. Ben Gault gave us good minutes in the midfield, and Keith Byars took some good angles. Reed and Bryce both had really good nights.”

The Lady Panthers found themselves down 5-0 at the half but put together a stronger second half that included goals from Christi Carol Smith and Alyssa Schrock.

Mylie Williams and Alexy Smith assisted on the goals.

“We had a better second half, but even in the first half, in our buildup, we would get down in the attacking third and would either make the wrong run or wrong decision,” Clayton said. “It was the same way defensively. One person wouldn’t do what they were supposed to and like any good team, they made us pay for it. We could have easily gotten hammered and been done in 60 minutes, but we regrouped a little in the second half.”

Clayton praised the play of Alexy Smith, who played on the back line and in the midfield.

“She had a really good first half and served some great balls to the attacking third in the first half,” he said. “We changed formation a little bit in the second half, which is probably something we are going to do a little more going forward. We got a little more support playing five in the midfield.”