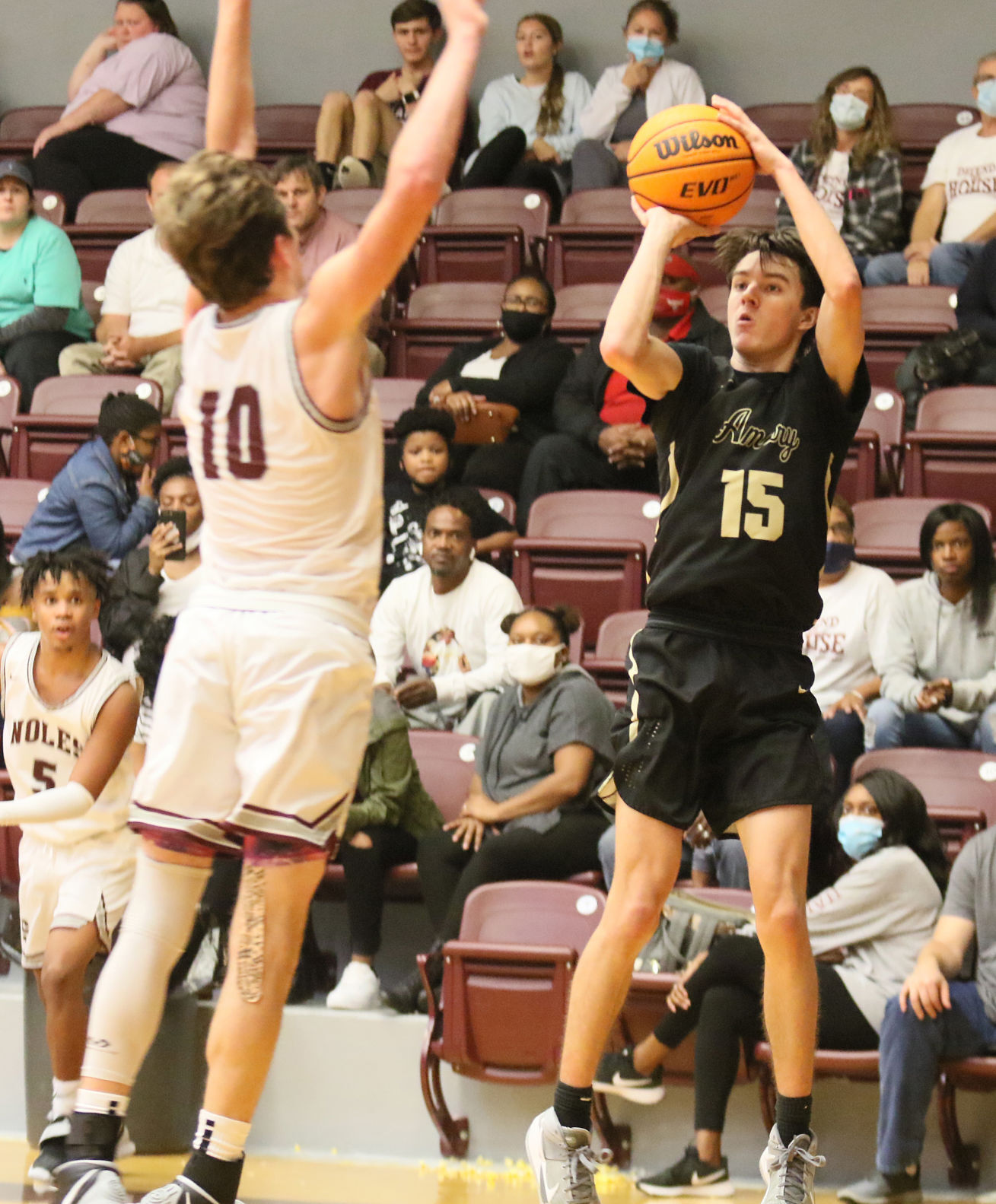 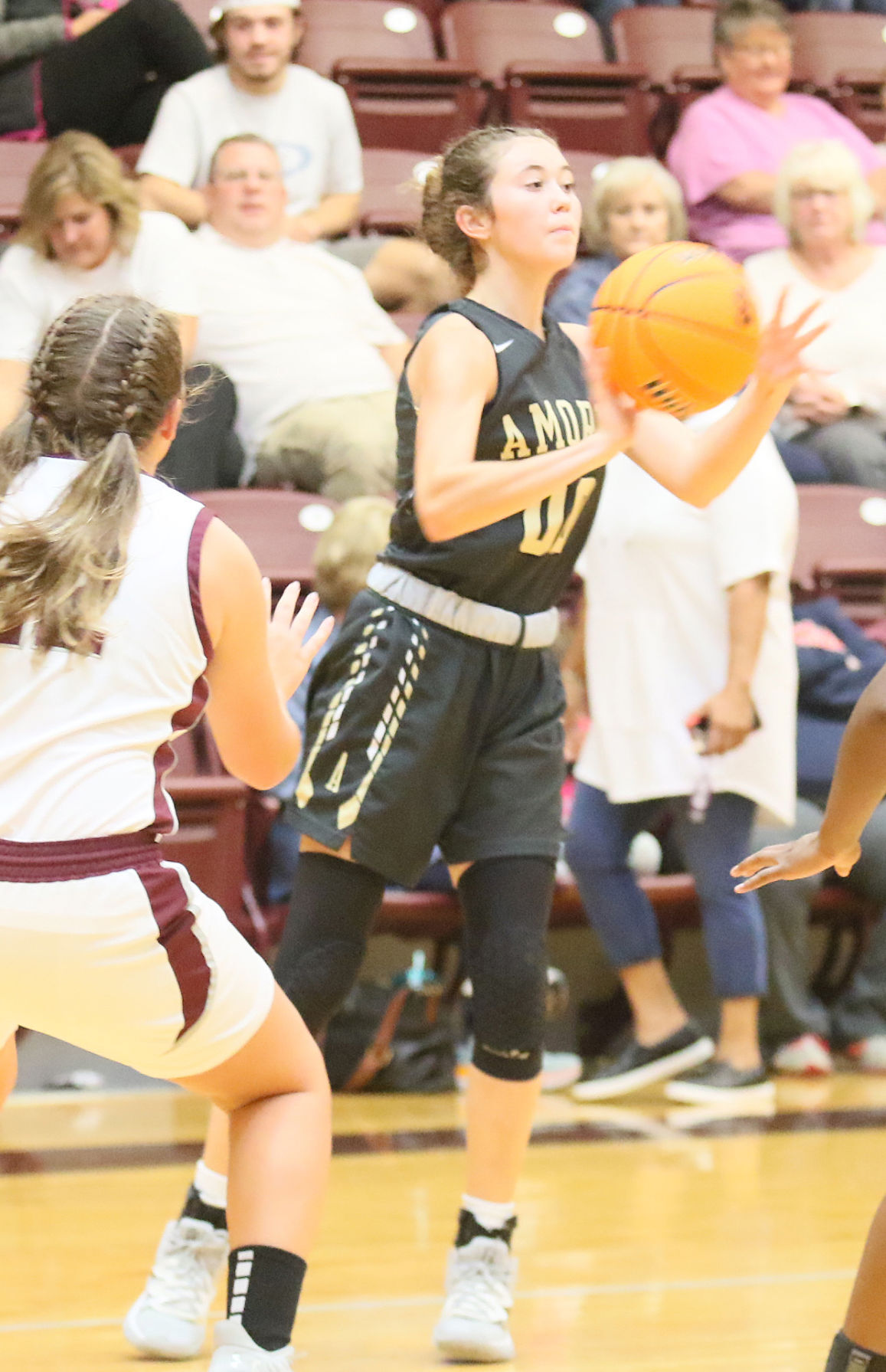 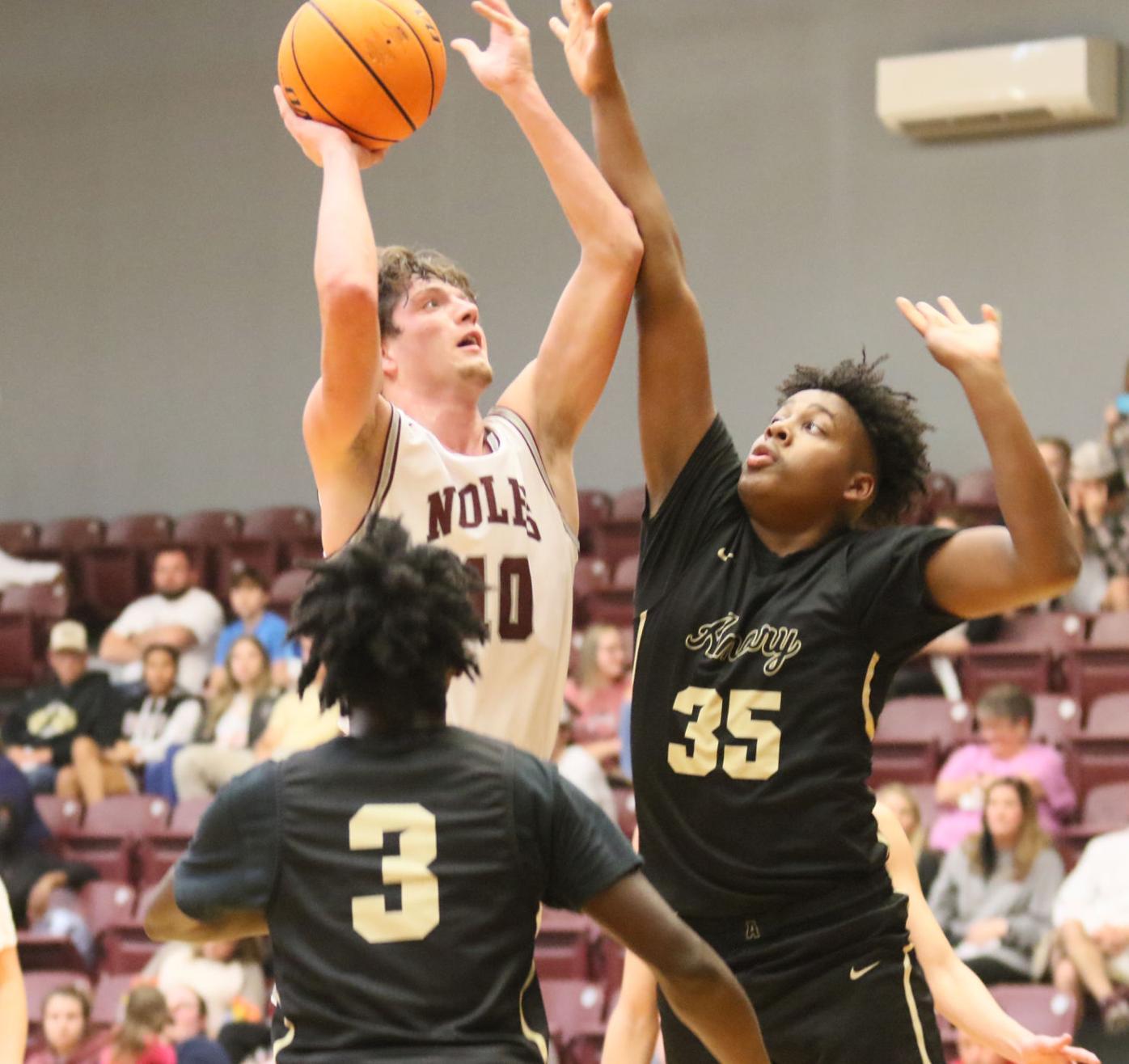 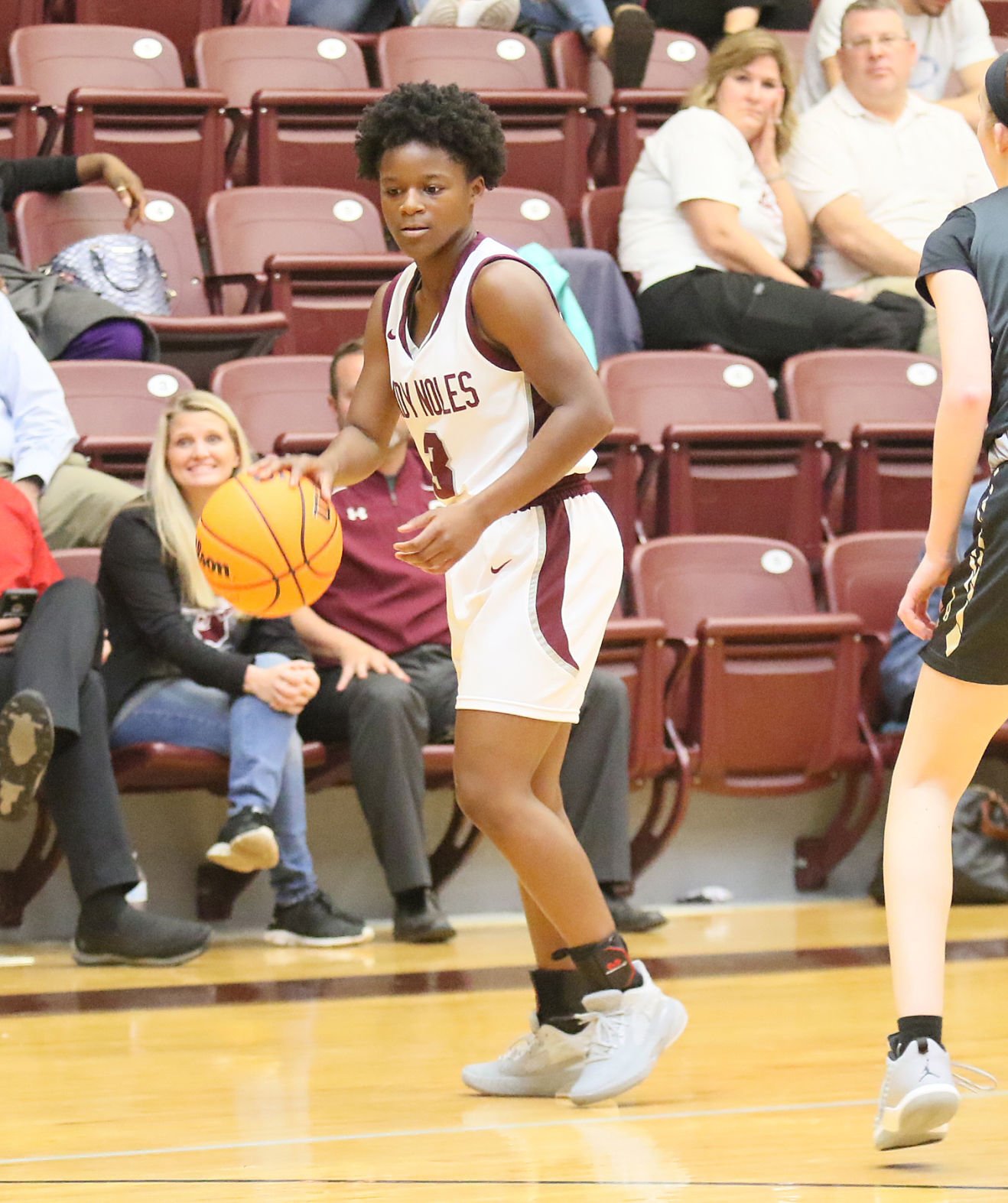 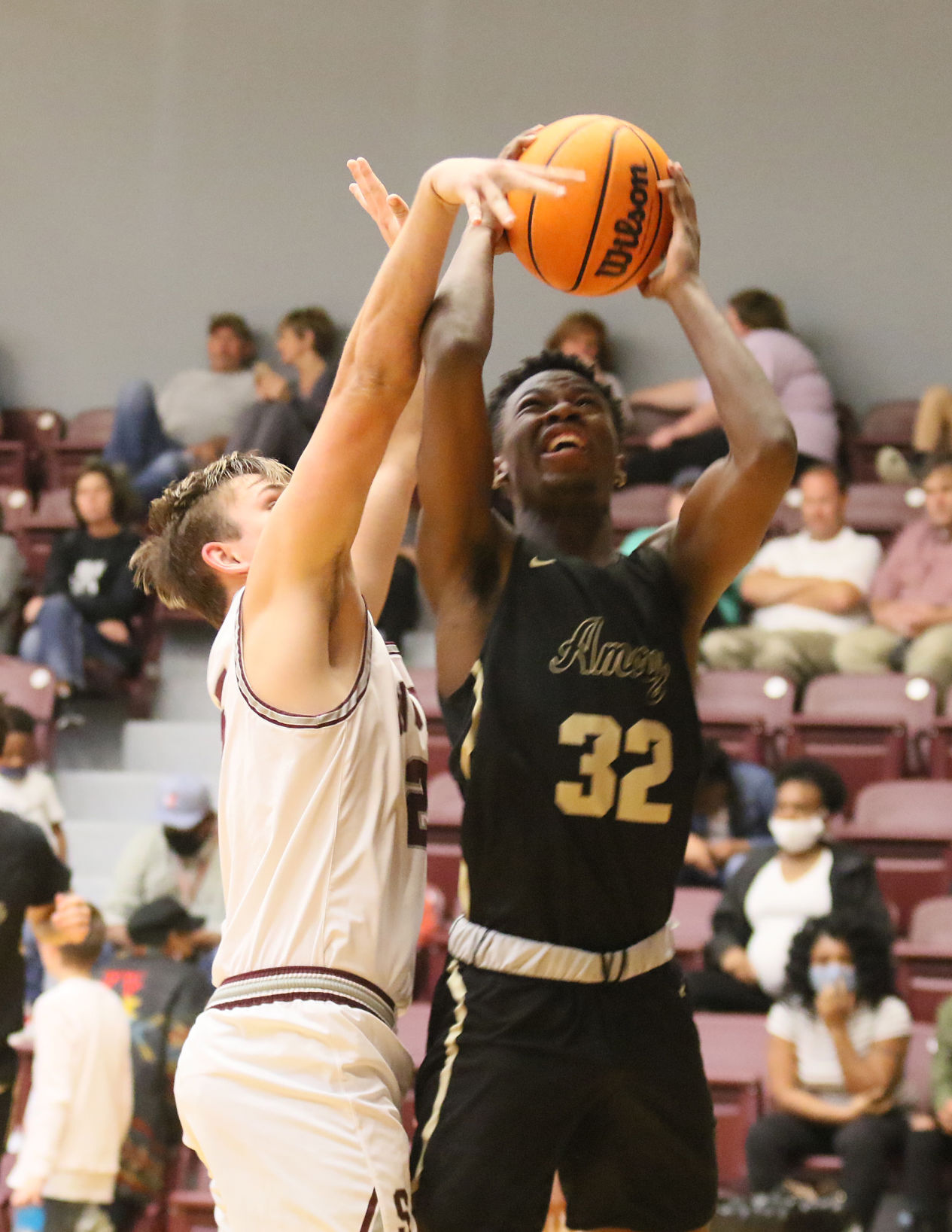 Amory's Malik White goes up for a layup against Smithville's Chandler Woodham. 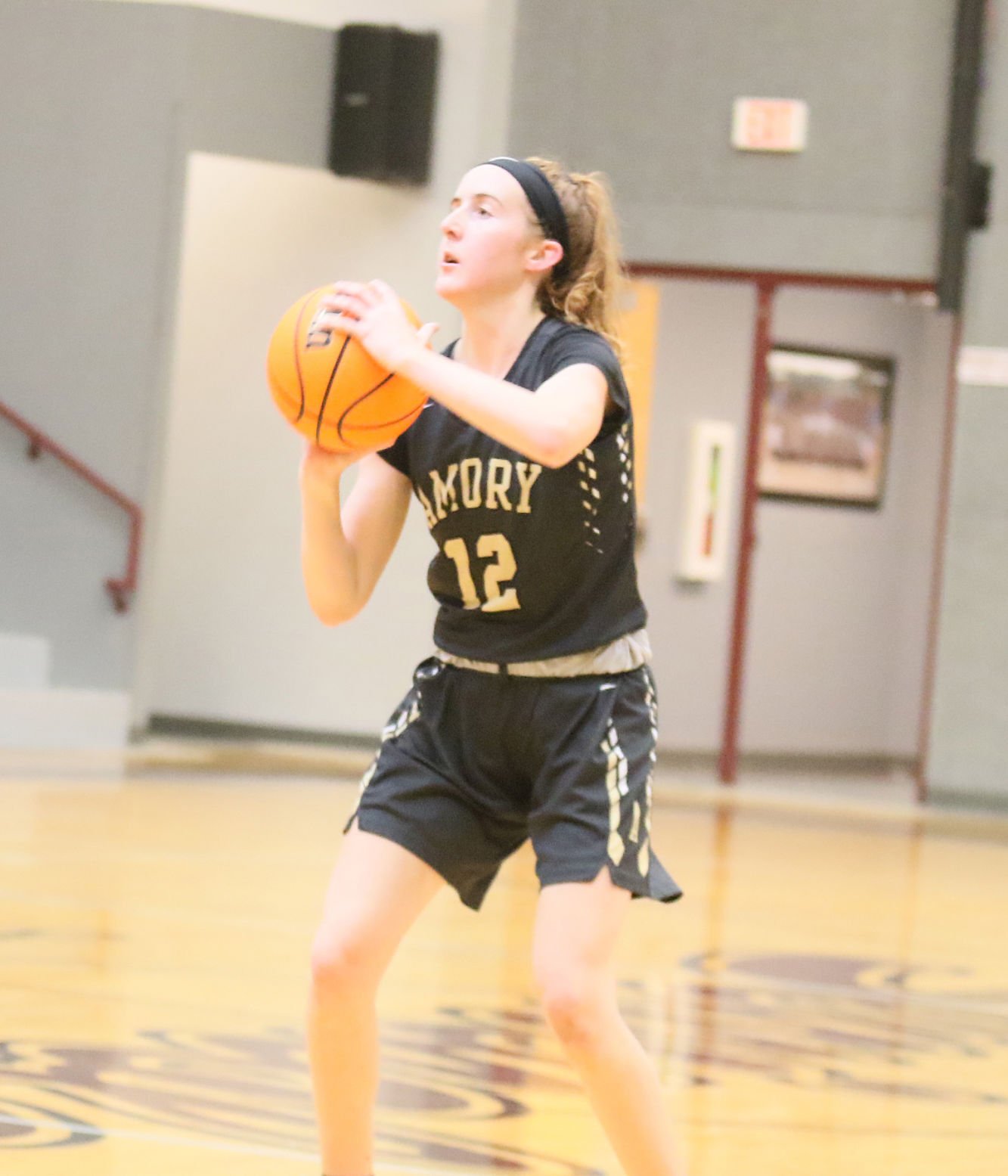 Amory's Emma Kate Wright scored 10 of her 12 points in the second half. 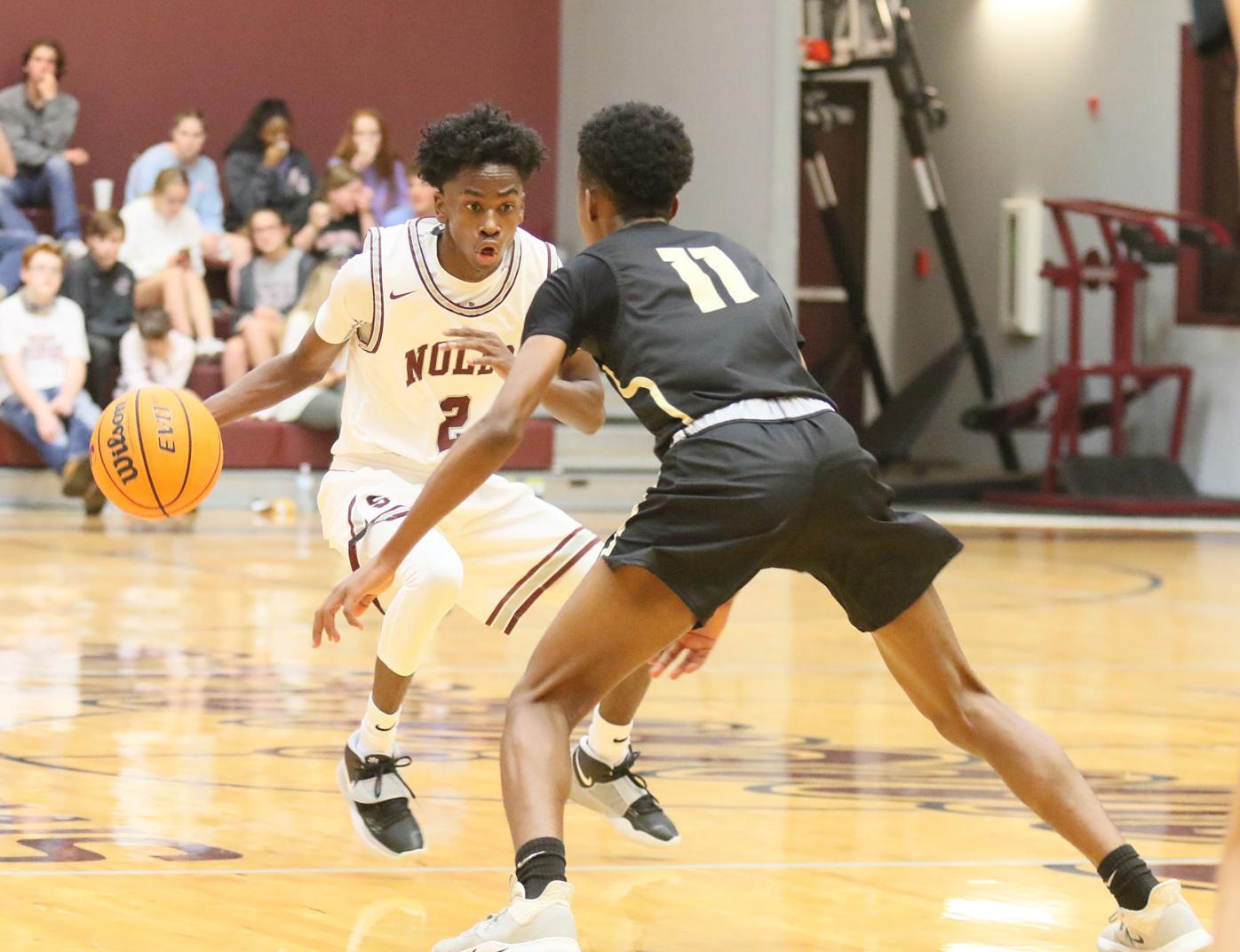 Smithville's Khirei Standifer drives to the basket early in the game. Standifer finished with 12 points. 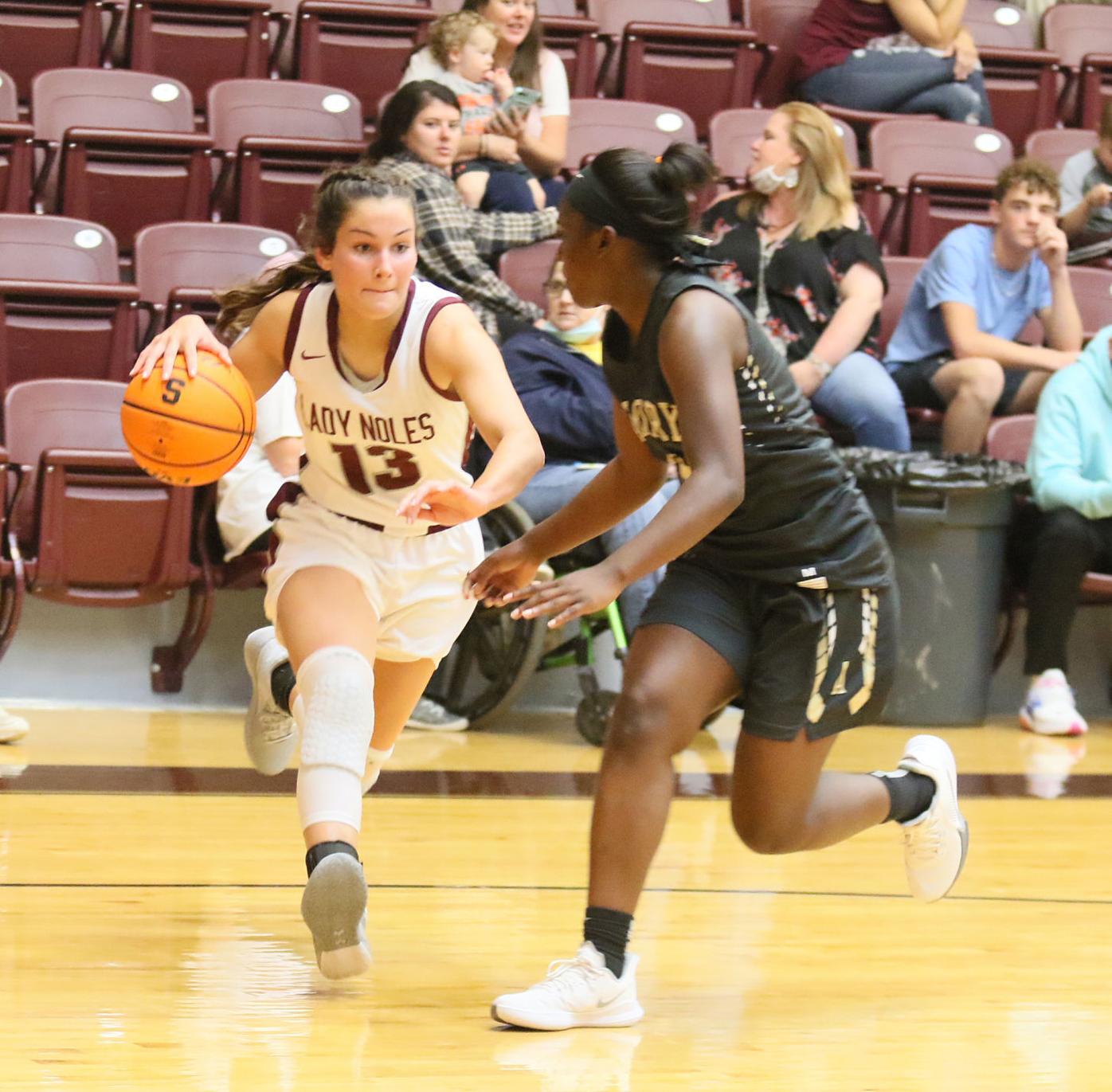 Smithville's Chloe Summerford drives to the basket for two of her 12 points.

Amory's Malik White goes up for a layup against Smithville's Chandler Woodham.

Amory's Emma Kate Wright scored 10 of her 12 points in the second half.

Smithville's Khirei Standifer drives to the basket early in the game. Standifer finished with 12 points.

Smithville's Chloe Summerford drives to the basket for two of her 12 points.

SMITHVILLE – Amory jumped out to an early lead last Tuesday night, using that cushion to roll to a 66-55 win over county rival Smithville. The Noles drop their season opener.

“We got a good lead and got some things going, but I felt like we bailed away from what we were doing well,” Amory coach Brian Pearson said. “Credit to Smithville for playing hard, and they put us in situations where they were aggressive and we didn’t take advantage at times. We allowed them to creep back in, but I thought every time they made a run, we responded and stretched it back out.”

The Panthers came out hot, leading 22-8 at the end of the first after three-pointers from Jamerison Martin and Drew Keeton and a pair of layups each from Malik White and Ladavian Hampton.

Martin and White stretched the lead to 17 to open the second before Chandler Woodham, Jacob Morris and Blake Williams started to get Smithville back into the game.

Andrew Moody’s three cut it to 11 at 32-21 and Woodham did the same a few seconds later, but Gray Thornton, Kanye Stevenson and Keeton made it 41-23 at the half.

Williams led an 8-0 run for Smithvile in the third to get back to within 12, then Standifer sank a three and Woodham and Wiliams had baskets to make it 47-40. Keeton and Thornton responded again to close the third quarter with a 51-40 lead.

“It’s a game of runs, and we have the ability to make some ourselves,” Pearson said. “At times our defense was good, and at times, we let our offfense dictate how we are going to play on the defensive end and we have to grow out of that.”

Amory kept the run going to open the fourth with six straight points, four from Keeton before the Noles could get back to within 11 first and then nine behind Morris, Williams and Standifer. White made a key layup, and Martin sealed the win at the free-throw line late.

The Panthers moved to 6-0 with wins on Thursday and Saturday. On Thursday, Amory downed Mooreville 61-47 on the road with Keeton scoring 20 and Martin adding 12.

On Saturday, the Panthers picked up the 72-51 win with Keeton’s 19 points leading four in double figures. Charleston Wallace had 14 points, while Martin and Hampton each added 10 points.

The Lady Panthers dominated from start to finish, securing the win over their county rival.

Amory led 22-4 in the first with Laney Howell having nine of that and 36-8 at the half. Kimiya Parks, Amaya Trimble and Emma Kate Wright helped extend the lead, while Orlandria Smith and Abby Robertson had Smithville’s only points of the first half.

Parks, Howell and Smith started the third on a 6-0 run to put the game out of reach.

Parks led all scorers with 16 points, while Wright and Howell had 12 and 11 points respectively for Amory. Smith’s 14 points were tops for Smithville, followed by 12 from Chloe Summerford.

Amory closed out the week with wins over Mooreville on Thursday and Salitllo on Saturday. On Saturday, Parks had the game-winner with 8 seconds left for the 53-51 win. Jatavia Smith scored 18 points and Wright added 11. On Thursday, the Lady Panthers picked up the 44-32 win behind Parks’ 12 points and Smith’s 10 points.