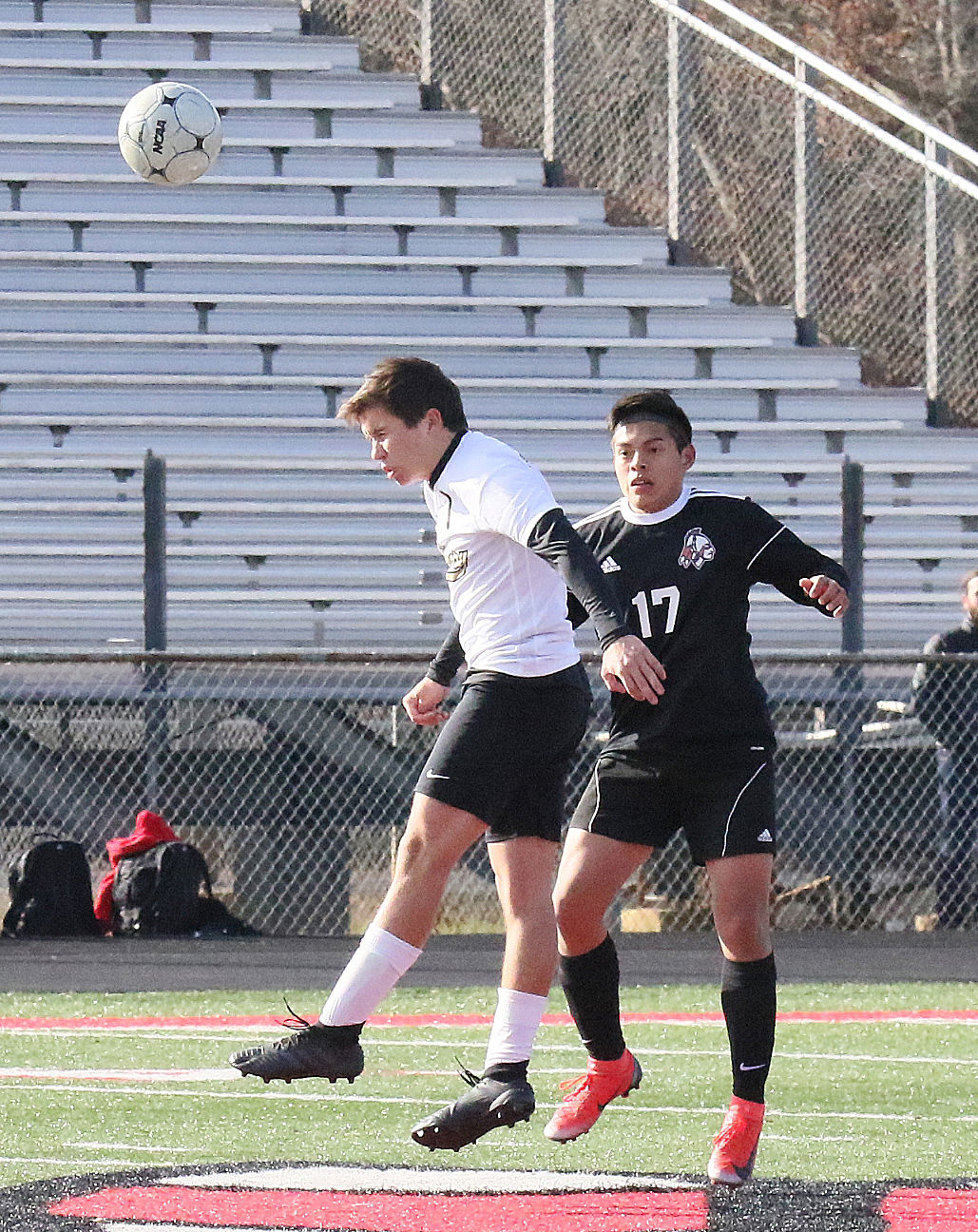 Amory's Will McComb wins the header against Corinth. 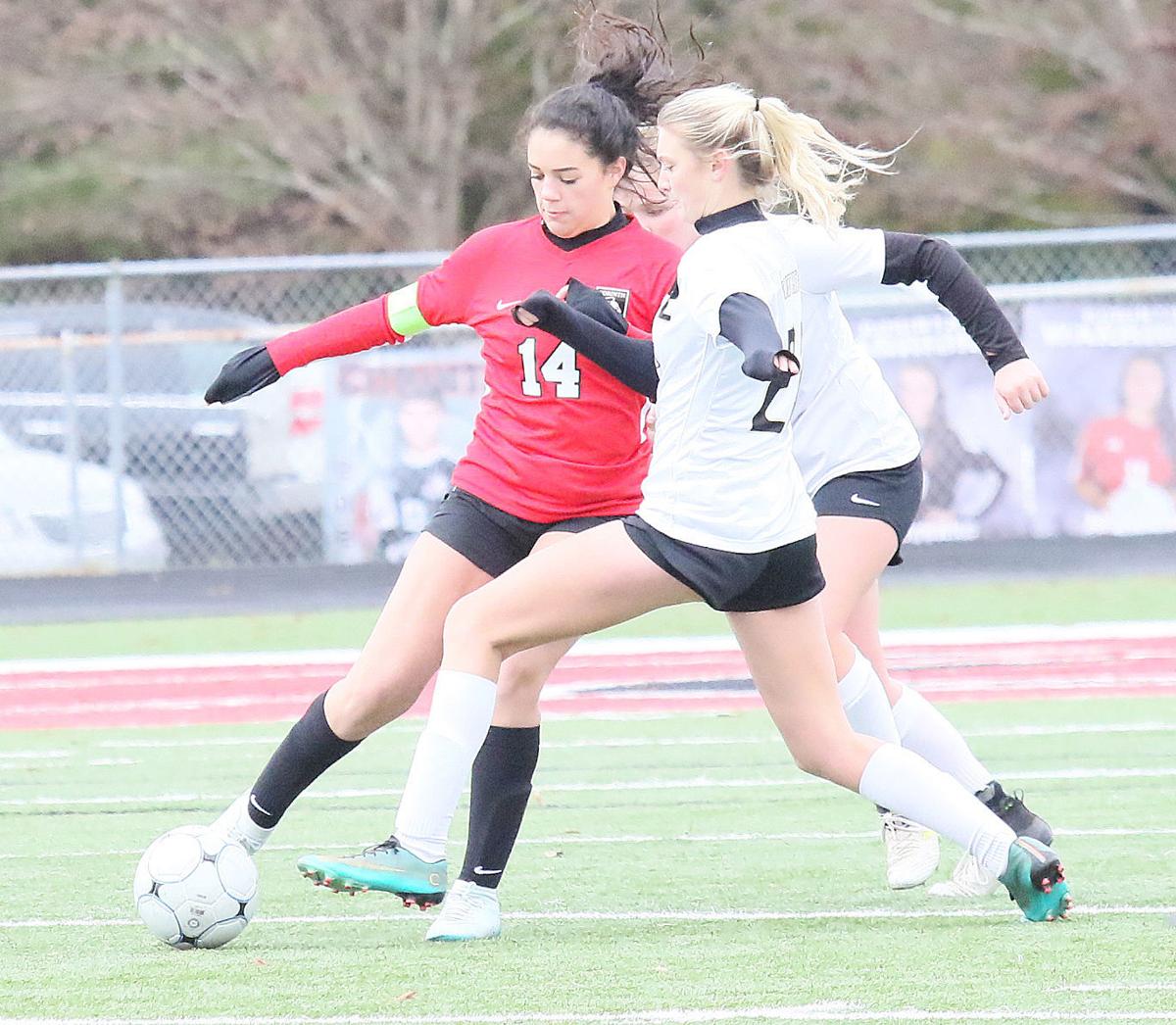 Amory’s Emma Pinkerton and Campbell Erikson defend late in the game against Corinth. 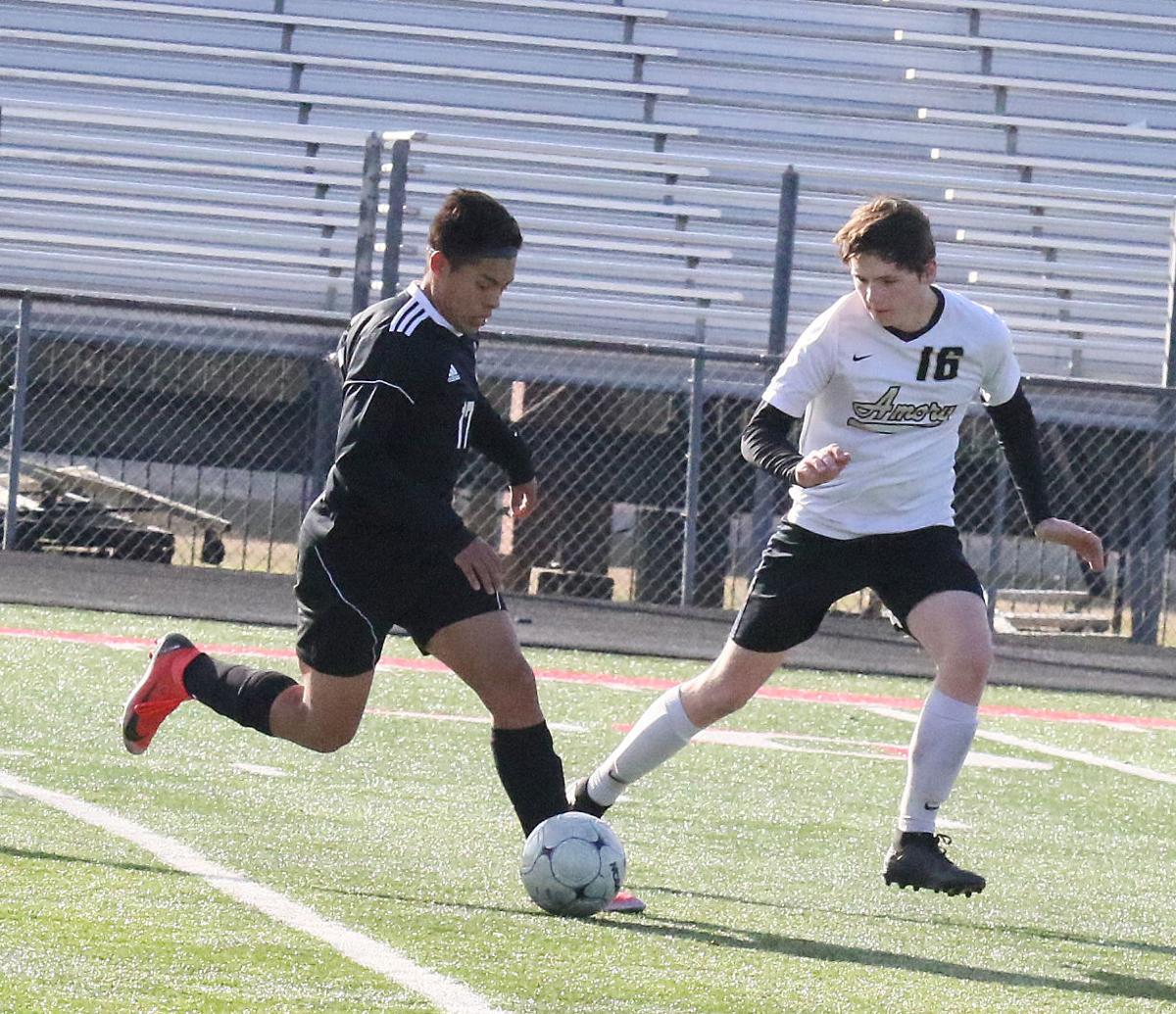 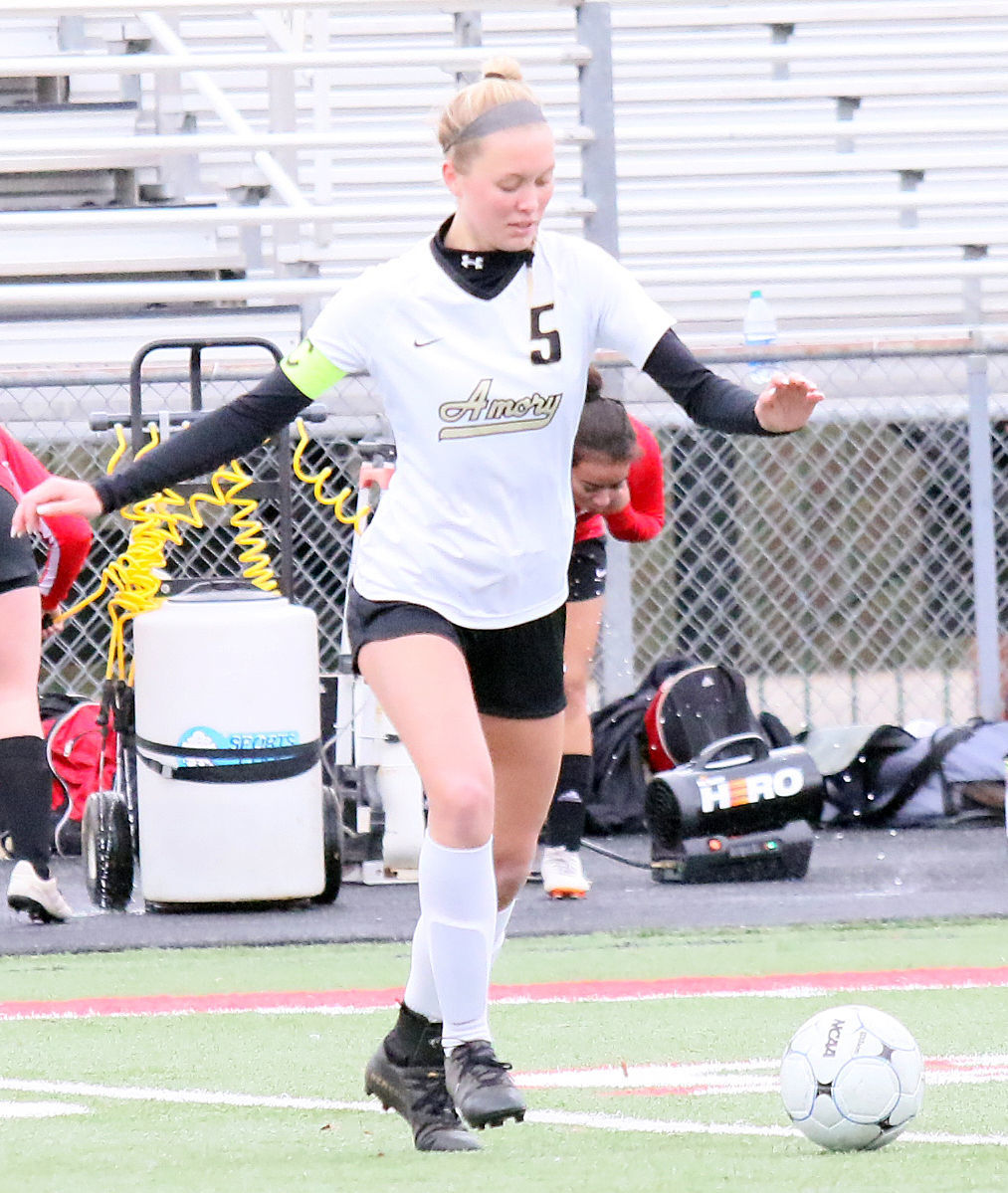 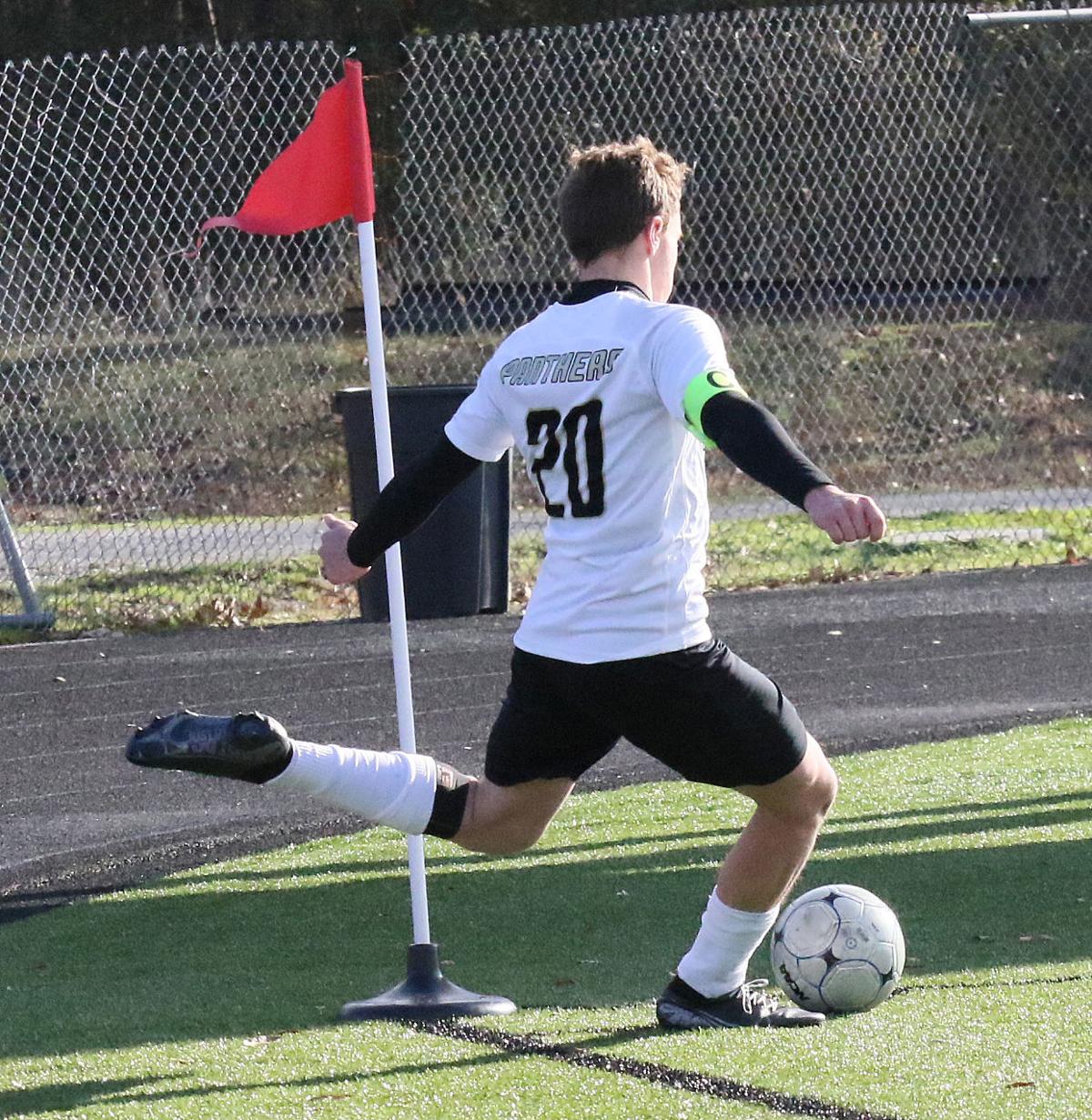 Amory’s Reed Stanford takes the corner kick in the second half. 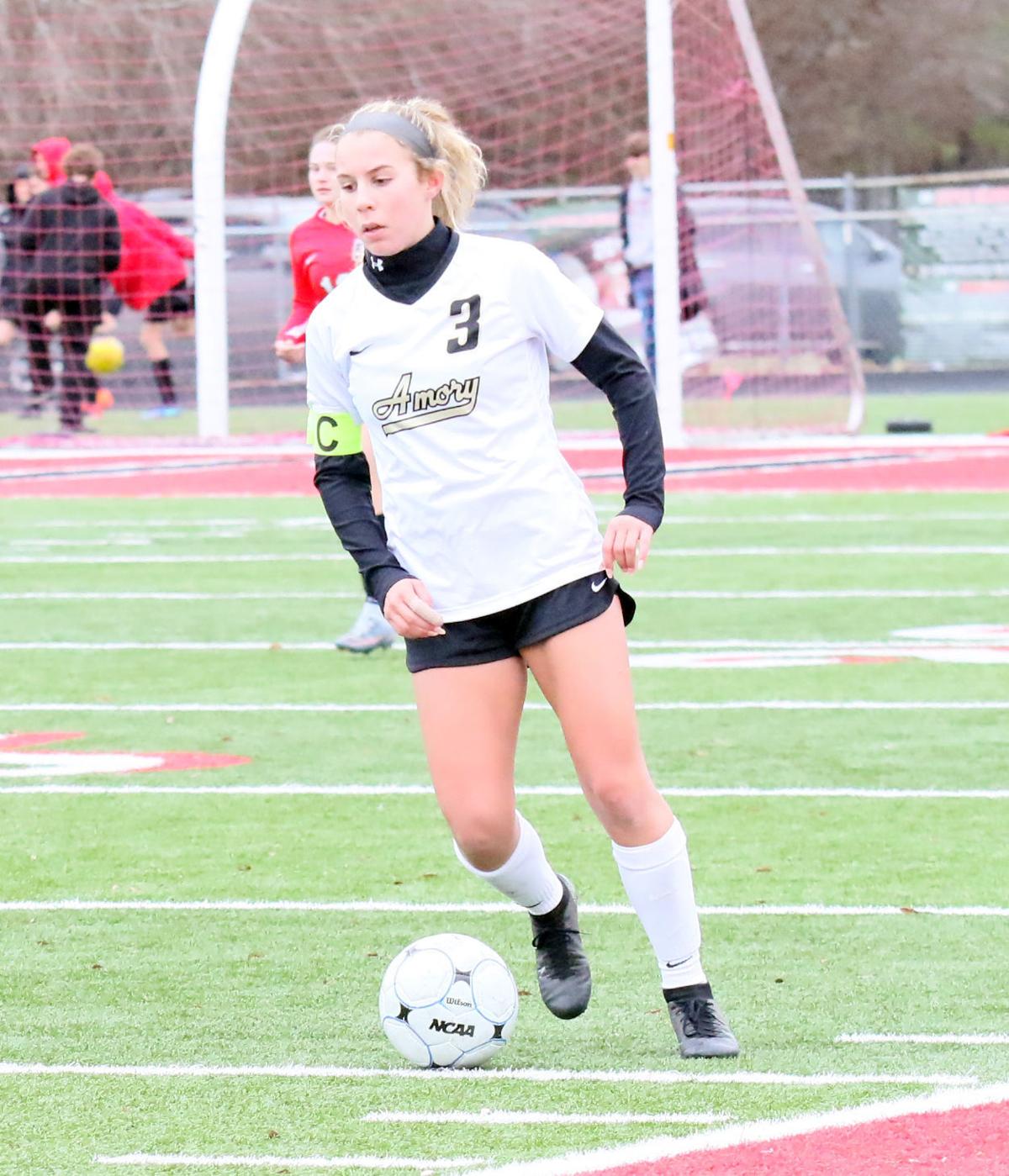 Amory’s Emma Coggin plays the ball up the left sideline.

Amory's Will McComb wins the header against Corinth.

Amory’s Emma Pinkerton and Campbell Erikson defend late in the game against Corinth.

Amory’s Reed Stanford takes the corner kick in the second half.

Amory’s Emma Coggin plays the ball up the left sideline.

CORINTH – The Amory Panthers went toe to toe with Corinth in a defensive battle on Saturday afternoon but saw the host Warriors take a 1-0 win after a foul and a penalty kick with just 15 minutes to go.

“I thought we played a little more aggressive. What we’re doing as far as our movement still isn’t a whole lot better, but we were pressing a lot harder in the second half offensively,” Amory coach Nathan Clayton said. “I thought defensively, we had a pretty good day besides giving up the set piece there in the second half. When they did get the ball through, Landon (Koehn) made plays in the goal.”

Clayton praised his back line, which included Will McComb, T.J. Huppert, Doc Worley and Lane Carroll on defense.

“Will (McComb) played inside, and he hasn’t been there much until today and had a heck of a game. If you picked an MVP today, he hands down had the best day out of anybody,” Clayton said. “We were missing Mattison (Glenn) today, and Will stepped in there and played extremely well. T.J. played solid on the left side, and Dylan Thompson played well on the right wing.”

The Panthers had several scoring opportunities, especially in the second half, and Clayton stressed finishing on those.

“At times we had some good moments in the midfield. Gunnar (Williams) made a few good plays, and Dylan Cooper played a better game today and made some great passes first and second half. We just have to finish scoring opportunities. We had some in the second half, including one that we needed to get to the far post and didn’t do it,” Clayton said. “There were a lot of times, too, that we had the ball in the middle third and made wrong decisions, trying to force a ball through when there was no one there and we had options wide that could have created other opportunities in the middle of the field. It’s frustrating from that avenue that we haven’t grasped the concept of reading the defense and adjusting and playing off the defense. Hopefully it’s something we will figure out in the next few days.”

The Lady Panthers kept it tied for much of the game, but the Lady Warriors pulled away with two goals in the second half.

Amory’s Morgan Mitchell answered Corinth’s goal in the third minute with one of her own in the fourth off a Macie Williams assist, but the Lady Warriors pushed ahead 2-1 in the 10th minute.

Mitchell was able to tie it up in the 45th minute with Emma Coggin grabbing the assist before Corinth scored the go-ahead goal in the 54th minute and added their last one to ice the win with 10 minutes to go.

“They scored two in the first 10 minutes. With the first goal, we got wide and flat in the back, and they played the ball down the middle,” Clayton said. “The girl ended up running on to it and scoring. Their second and third goals came off corners. The first one we couldn’t get a head on at the near post, and it hit the post and sat down and they tapped it in. The third goal, they played in from the right side, and the girl played across and scored. All in all, we had a chance to close it to one more goal and had several other scoring opportunities in the second half.”

Mitchell had a good scoring opportunity fall short with a save by the Corinth goalkeeper with 18 minutes to go, and the Lady Panthers had an opportunity to cut it to one late after Emma Coggin was fouled in the box but couldn’t connect with the penalty kick.

“We kept pressing and trying to get something to happen with a goal, and we just didn’t get it. The goalkeeper stopped the one on the line, and it’s part of it. They are playing hard,” Clayton said. “We had a few breakdowns on the set pieces, and we should have made a play on their first corner. We weren’t communicating and getting depth on the back. There were a few times we had a little bit of a buildup and connected on some passes in the middle. As far as the back line, Christi Carol (Smith) didn’t have a bad day, and Emma Gore made some good runs on the outside. Morgan finished well on the two breakaways that she got. Hopefully this gets us ready for this week and a couple of important games.”