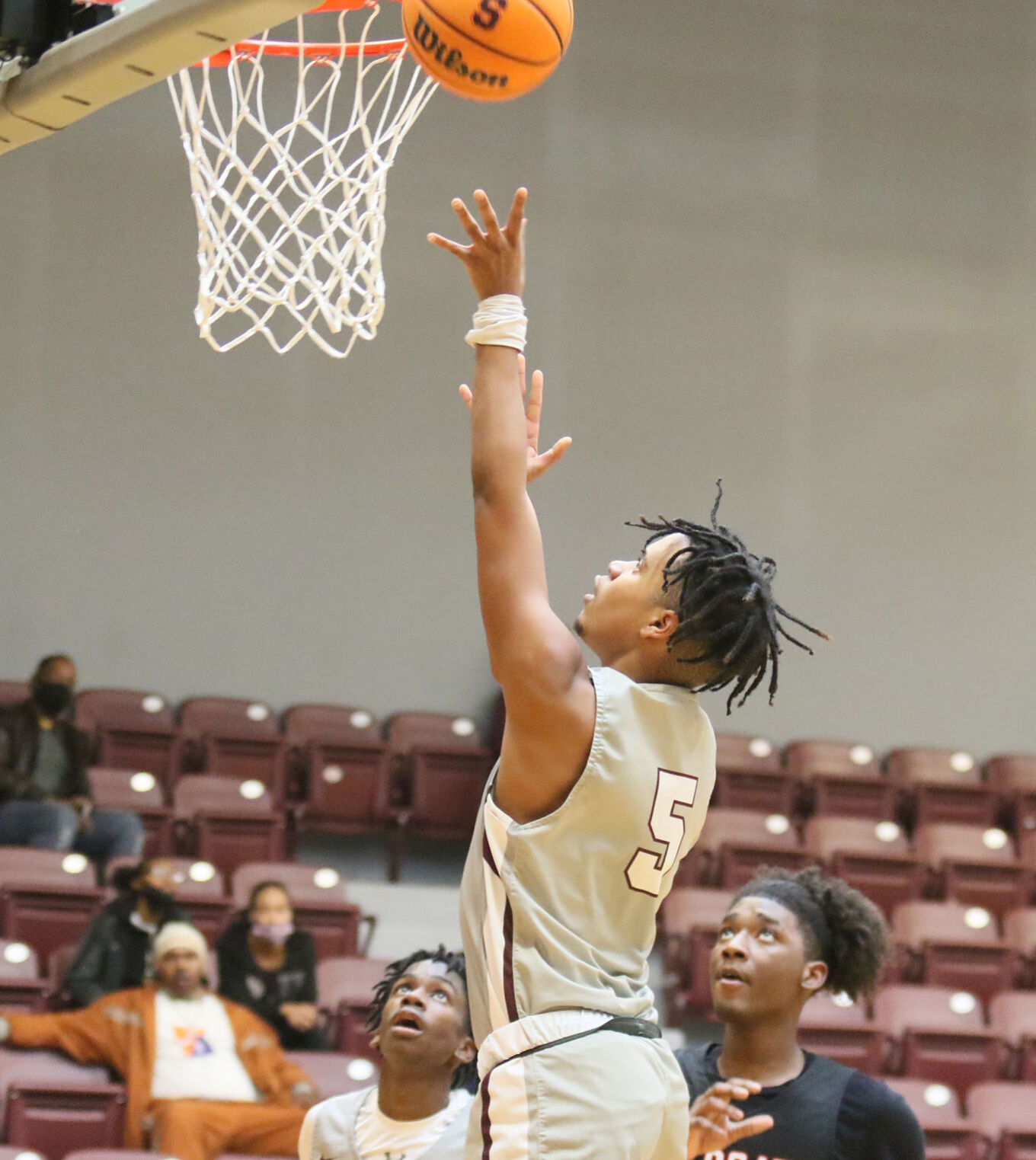 Smithville’s Aden Casey puts in a basket early in the third quarter. Casey scored 10 of his 13 points in the second half. 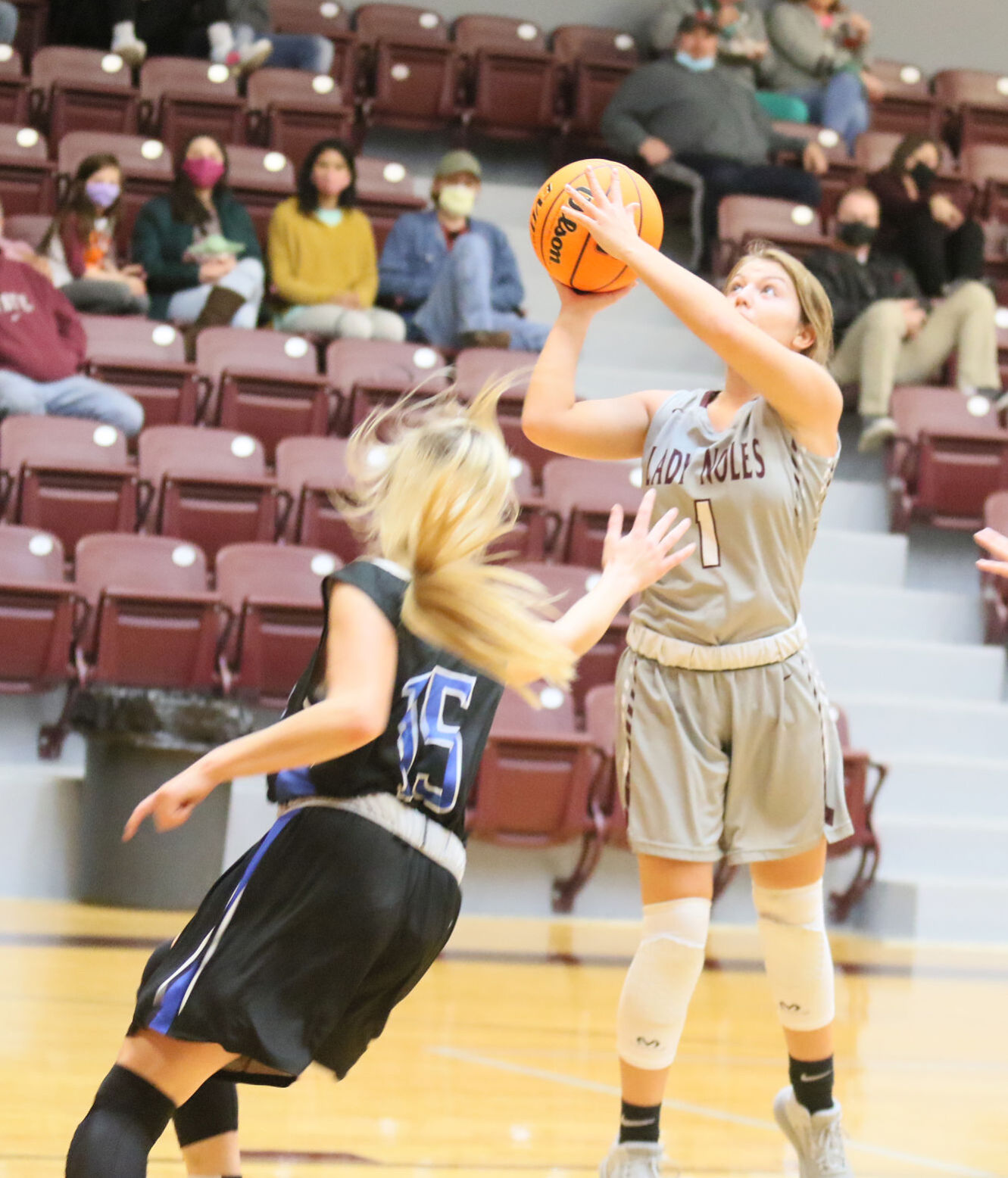 Smithville’s Tristin Price shoots for two of her 14 points against Hamilton. 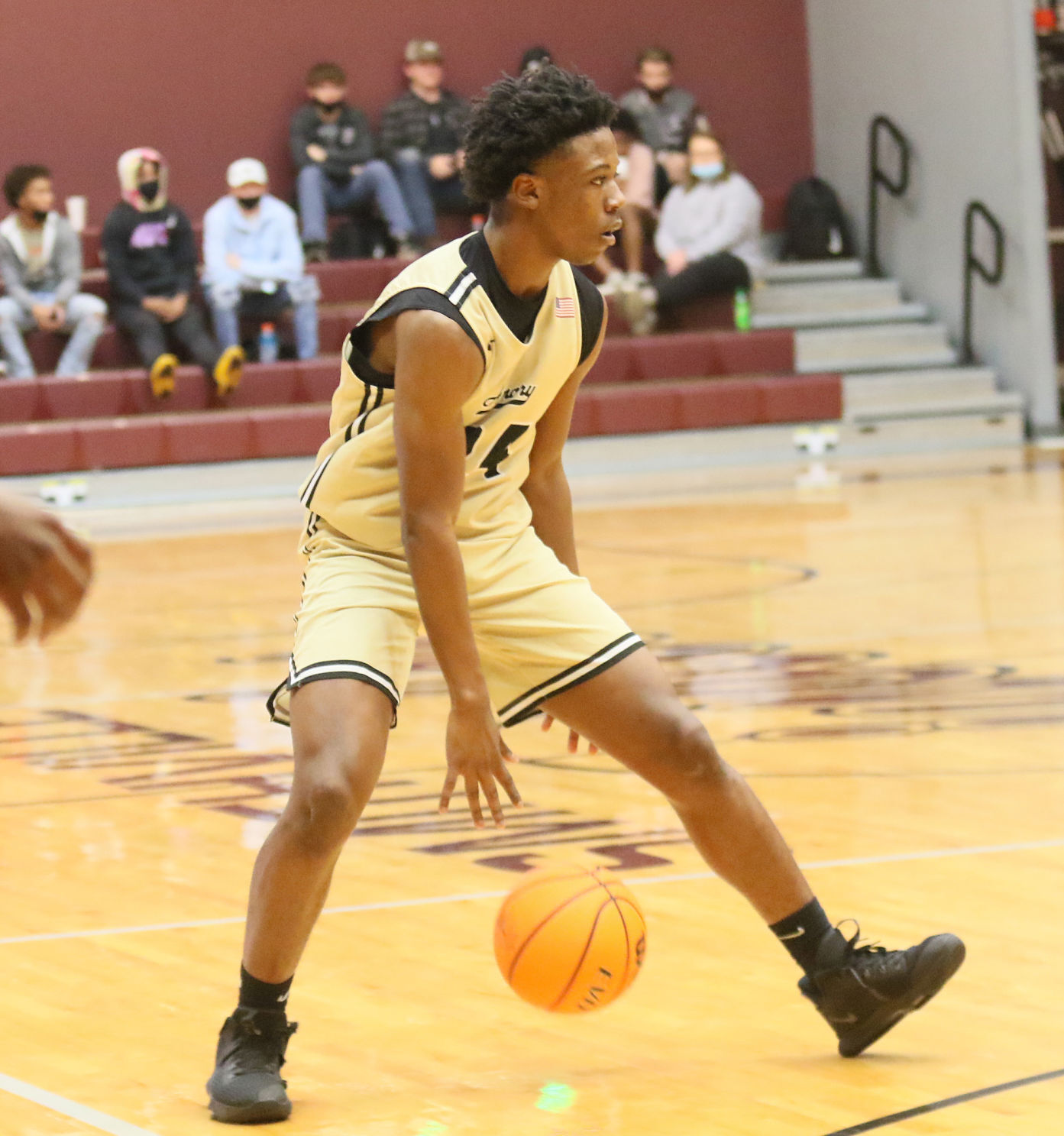 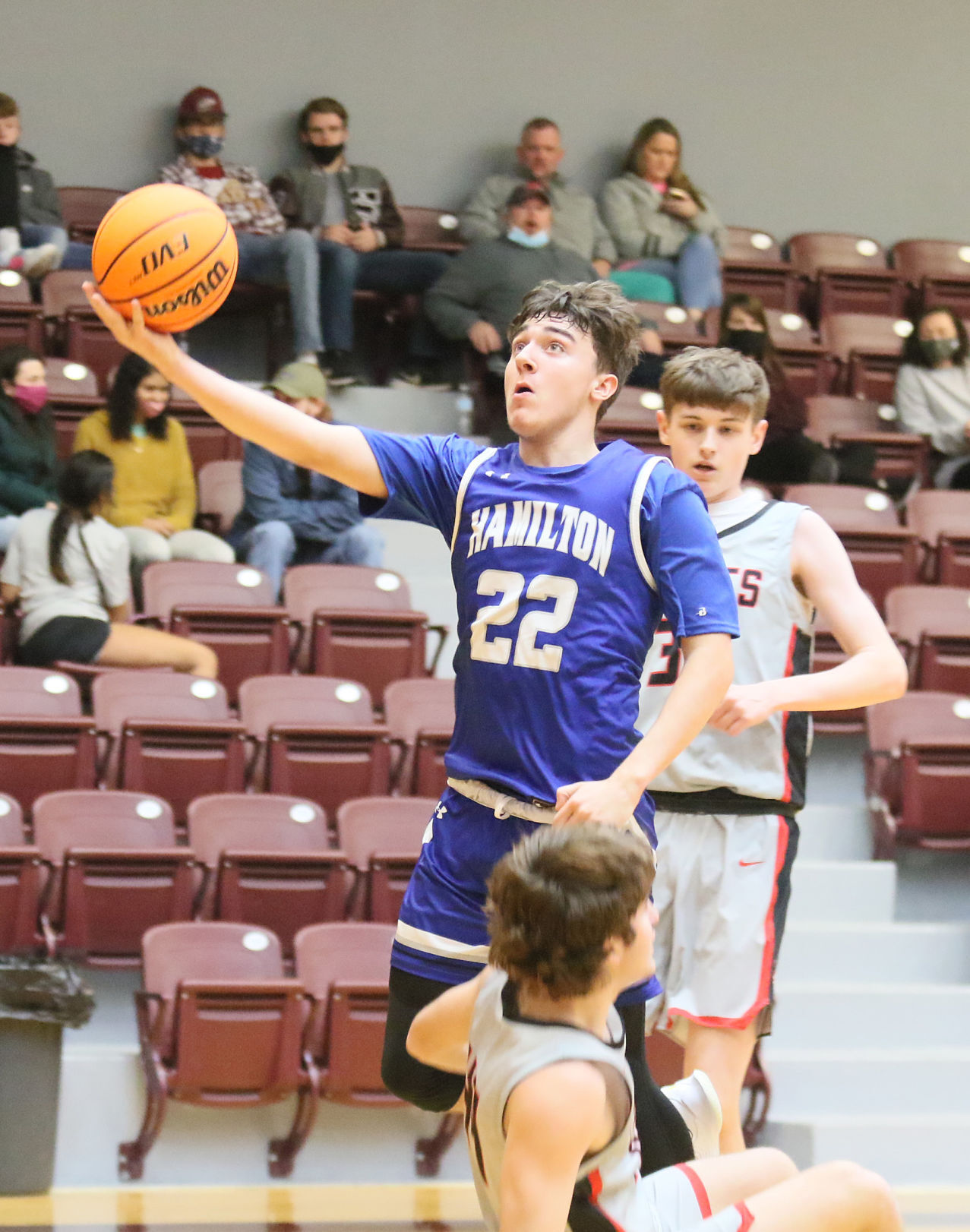 Hamilton’s Caiden Thompson paced the Lions with 20 points in the loss to Wheeler. 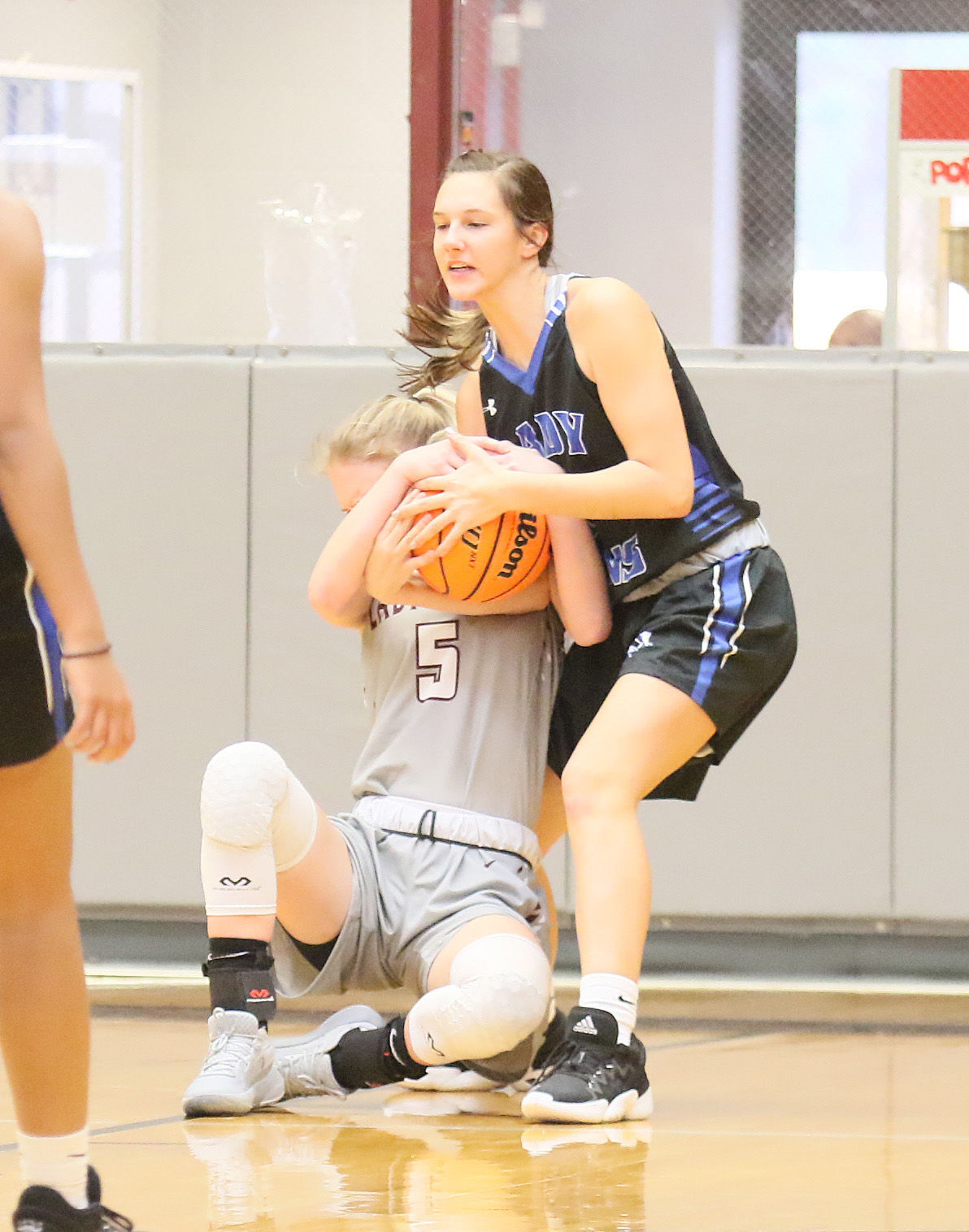 Smithville’s Aden Casey puts in a basket early in the third quarter. Casey scored 10 of his 13 points in the second half.

Smithville’s Tristin Price shoots for two of her 14 points against Hamilton.

Hamilton’s Caiden Thompson paced the Lions with 20 points in the loss to Wheeler.

SMITHVILLE – The Smtihville Seminoles kept their winning streak going on Saturday night, downing Independence 75-60 for their eighth-straight win of the season.

“The rust kicked off there in the first half because we haven’t played in a few weeks,” Smithville coach D.J. Burress said. “It was a good first game back, and we stayed with it and won. We’ll be ready to be back in action this next week.”

Khirei Standifer started his big night off by sinking a three to open the game, but the first quarter was back and forth until Jacob Morris hit another three to give Smithville a five-point lead. Blake Williams followed him up with a basket, and Standifer had the final four points of the first to go up 18-8.

Williams started the second off with a layup and added a pair from the line to make it 22-10, but the Wildcats answered and cut it to 10. Chandler Woodham pushed it back out to 12 before Independence started to make a run midway through the quarter.

The Wildcats cut it to a three-point game before Standifer’s pair from the line and Andrew Moody’s layup made it 35-28 at the half.

Despite losing Woodham to injury to open the second half, the Noles kept their run going, notching the first 12 points of the third to open up a 47-28 lead. Standifer had six in the run with Aden Casey adding another four points and Moody also getting a basket in.

“I was glad they stepped up because we literally didn’t know Chandler wasn’t going to play until we were walking out,” Burress said. “I had to go to a few players and say, ‘Hey, you have to pick up the slack.’ Andrew (Moody) stepped in there and did a good job. Rebounding hurt us a little bit there, but other than that, we did well.”

Williams and Casey kept the lead at 19, and Malik Morrow pushed it out to 54-33 with a three in the final two minutes. His second basket closed the quarter with the Noles up 58-36.

Standifer and Williams put in back-to-back buckets to begin the fourth, but Independence cut it to as few as 14 points before Casey responded with a pair of free throws. Morris sank a three to start to push the lead back out, and Casey and Standifer had late buckets and free throws to ice the victory.

Standifer finished with a game-high 28 points, followed by 13 from Casey and 12 from Williams.

Smithville started out slow but started to pull away in the third quarter to notch its third-straight win of the season and their third one over Hamilton as well.

“We started out slow, and we had that same problem when we went to Lewisburg the other day and played Strayhorn,” Smithville coach Brian McCollum said. “It’s been a recurring issue all year, and the first half hasn’t been good to us. We’re playing better, but when we get in big games in the division, we can’t start slow because if we do, we’re going to dig ourselves in a hole that we can’t get out of.”

Tristin Price sparked Smithville in the first quarter, hitting a pair of threes and helping the Lady Noles to a 13-5 lead. Orlandria Smith and Emma Long also scored in the quarter, while Paris Flanery had three of Hamilton’s five points.

Smith and Abby Robertson helped extend that lead to 25-13 at the half as Smith had six points and Robertson four in the second quarter. Kamilah Ware also had a bucket in the second for Smithville. Zakia Dobbs did half of Hamilton’s scoring in the second with four points.

Flanery had four points for Hamilton in the third, but Smith got hot for Smithville as the Lady Noles widened their lead in the quarter.

Smith led the way with 21 points, followed by Price with 14 points. Flanery had 9 points and Dobbs added 7 for the Lady Lions.

“We have a couple of players playing really well right now,” McCollum said. “Chloe (Summerford) came back today, and she’s been out a while. Orlandria and Tristin have just carried us. Tristin is getting double figures every game now, and you want two or three in double figures in every game. I thought our effort was really good in the second half, and our defense was fair the whole game. We just have to clean some things up.”

The Panthers dominated from start to finish, jumping out to a 20-0 start and cruising to the easy win.

Amory hit a trio of three-pointers to open the game from Gray Thornton, Charleston Wallace and Drew Keeton. Wallace added a second three in the 20-0 run, while Malik White, Kanye Stevenson and LaDavian Hampton also scored in the hot start.

“It helps when you come out and hit those first threes and shots go in,” Amory coach Brian Pearson said. “Obviously we hope that happens on other nights, but a lot of nights, it doesn’t, and you have to be committed to the little things. That hot start helped us a lot early, and we went from there. We did some things well. Potts Camp is a young team, but I’m thankful we got an opportunity to fill in and play a game today instead of practicing and get back to game shape after the holiday.”

The Panthers led 22-5 at the end of the first and were able to push that to 47-13 at the half with Jamerison Martin getting in on the scoring with first a dunk and then a three midway through the second. Amare Brown, Hampton and Stevenson ended the first half on a 6-0 run.

White and Martin notched the first four points of the third, and Thornton hit another three to make it 56-17. Jermaine McIntosh got on the board with a three, and Brown and Hampton scored again late in the third as Amory carried a 67-24 lead into the final quarter.

Martin had a 5-0 run on his own to open the fourth, and Stevenson, White, Wallace, Thornton, Ethan Kimbrough and Jordan Neese all scored to finish off the win.

“I was happy to see some guys that spent the holidays before and after practice putting in the work and getting some shooting in,” Pearson said. “I told them at halftime to let that be a reminder if you put in the work, you can see the results. Hopefully our young guys can see that and know what it takes.”

Wheeler jumped out to a 17-6 lead at the end of the first with Zach Crawford scoring Hamilton’s first two baskets and Caiden Thompson adding a jumper late.

The Eagles started out the second on a quick 5-0 run before Tae Rice answered for Hamilton. Thompson hit a pair of three-pointers and had nine of Hamilton’s 11 points in the quarter as the Lions trailed 34-17 at the half.

Thompson and Crawford combined to score all of the Lions’ nine in the third quarter as Wheeler opened up a 57-26 lead.

The two also notched the first five Hamilton points of the fourth before Grayson Cockerham’s free throws, and he also added a three-pointer late.

Thompson finished with a season-high 20 points to pace the Lions. Crawford was also in double figures with 12 points.

OT Thriller: Tigers pull away in overtime against Noles