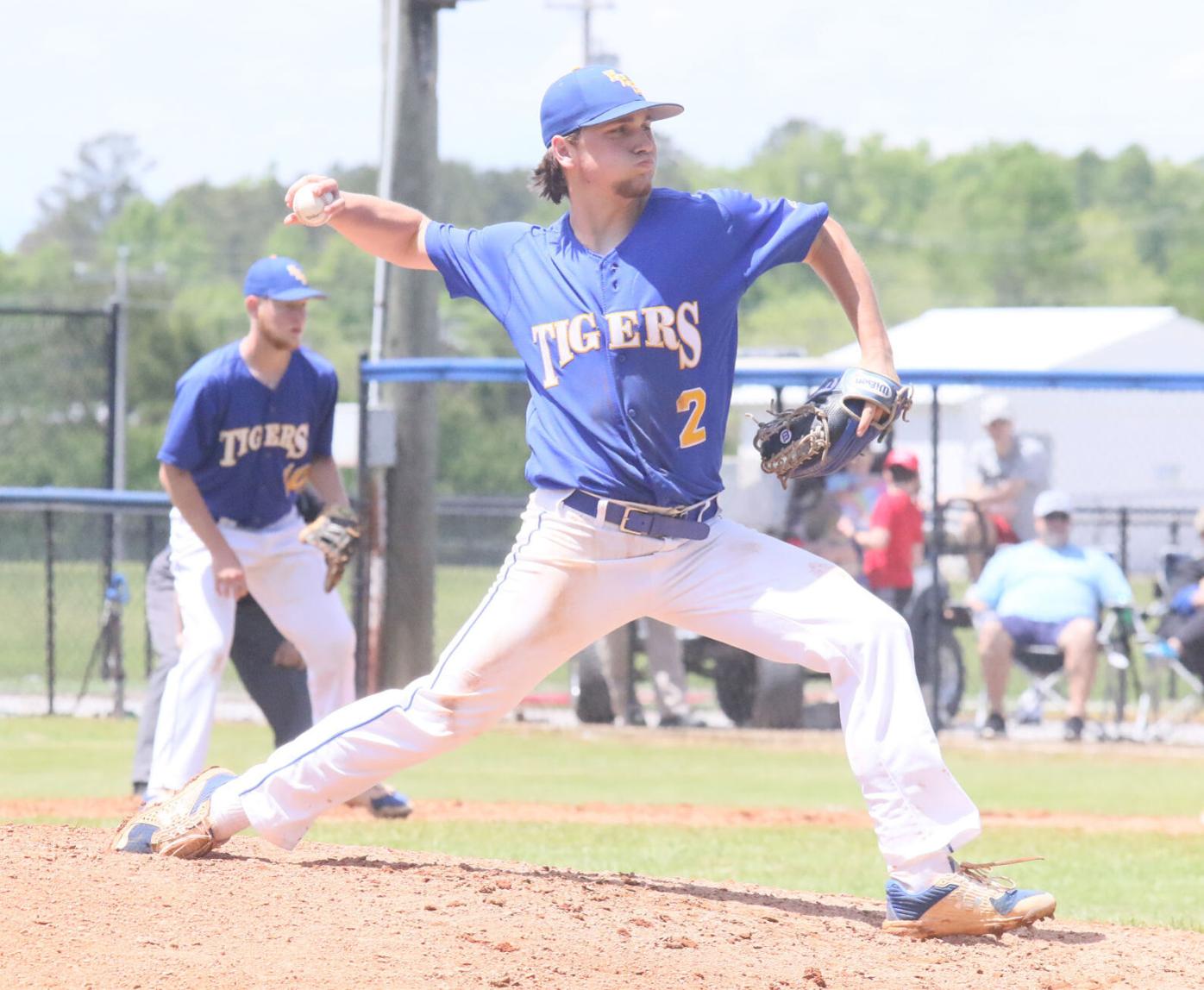 Hatley’s Brody Bickerstaff allowed an unearned run on two hits, one walk and struck out six in the win over Smithville on Saturday. 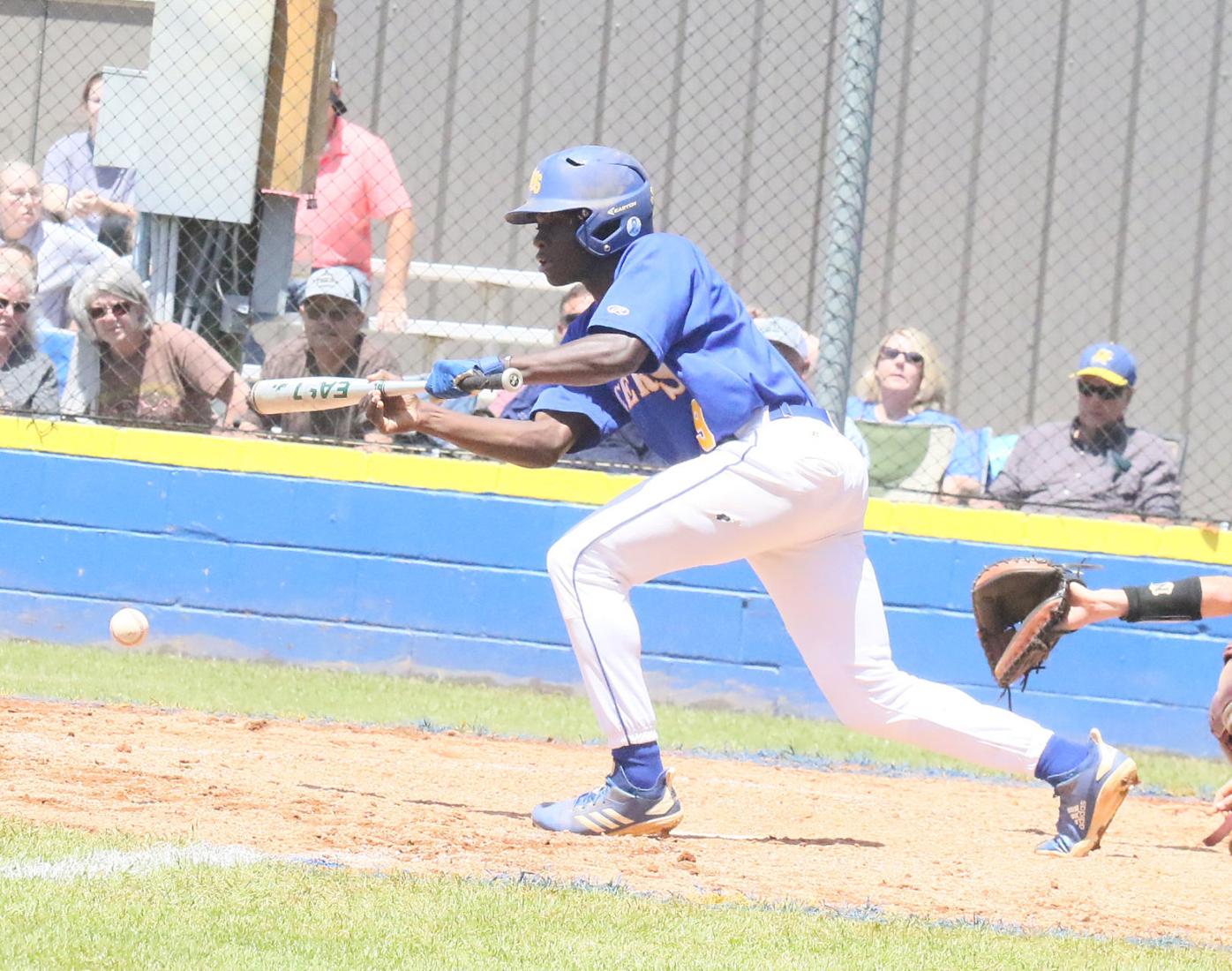 Hatley’s Markhel Hunt lays down a bunt single in the fourth inning. 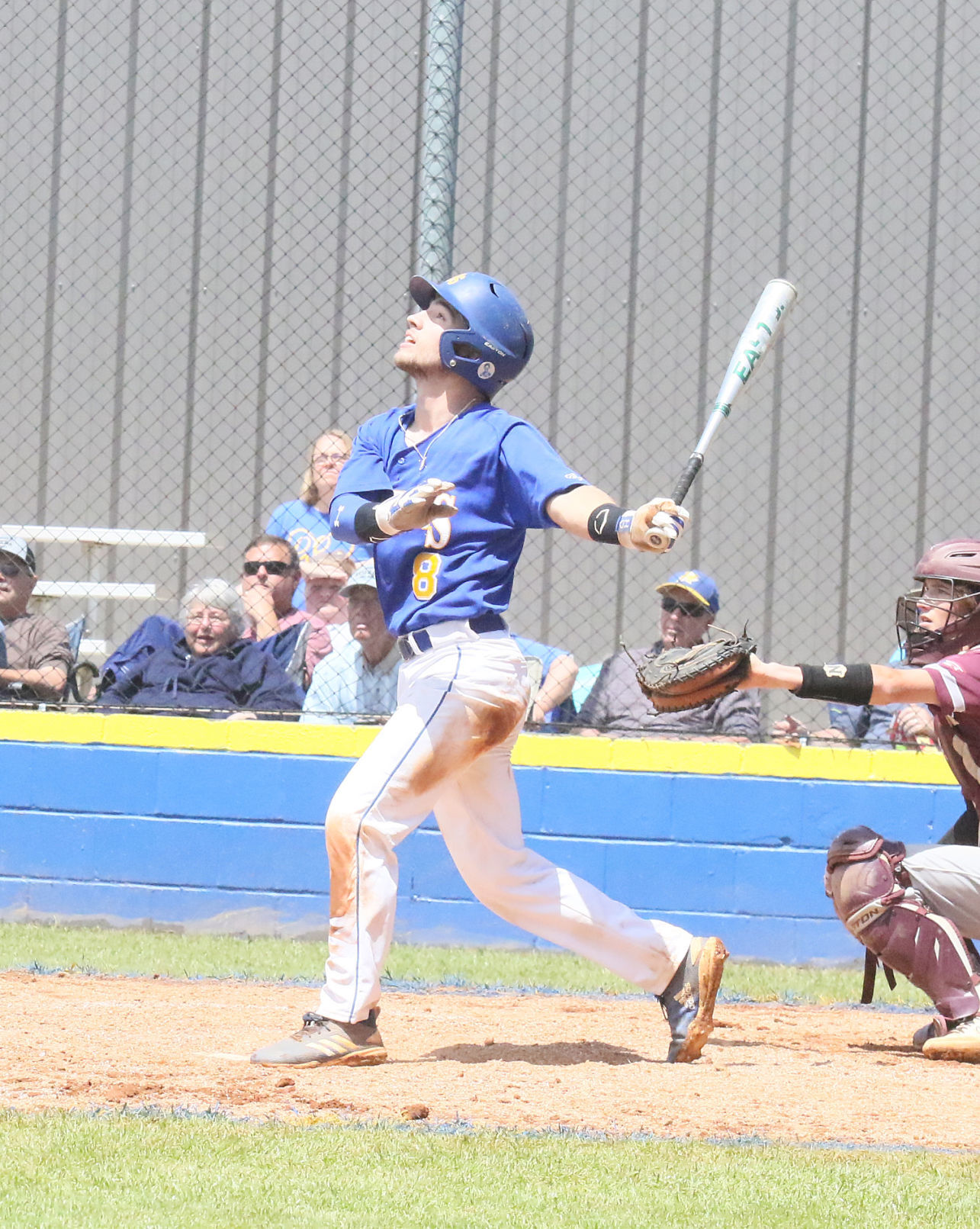 Hatley’s Jacob Mobley started off a big inning for the Tigers with a double in the fourth.

Hatley’s Brody Bickerstaff allowed an unearned run on two hits, one walk and struck out six in the win over Smithville on Saturday.

Hatley’s Markhel Hunt lays down a bunt single in the fourth inning.

Hatley’s Jacob Mobley started off a big inning for the Tigers with a double in the fourth.

HATLEY – Hatley ace Brody Bickerstaff made it two wins on the week with the second coming against his county rival as he allowed two hits in the Tigers’ 11-1 win over Smithville on Saturday afternoon.

Bickerstaff struck out six and walked just one in five innings.

“Brody is dialed in and pitching like a senior should,” Hatley coach Jamie Edwards said. “I’m real proud of him. He’s hitting his spots and being able to keep people off balance.”

Hatley went up 2-0 in the first inning after a pair of errors and an RBI double from Bickerstaff.

Smithville cut into it to make it a one-run game with back-to-back hits from Lane O’Brian and Presley Keebler in the top of the second with Keebler’s driving in the lone run.

The Tigers took advantage of four errors and scored five runs in the fourth inning.

Jacob Mobley started things off with a double to left, and Tristin Hendrix sacrificed him over. Three errors brought both of those runs in, and the Tigers reloaded the bases when Rob Ford was hit by a pitch and Markhel Hunt dropped down a bunt base hit.

Luke Moffett singled to left to drive in a pair, and Bickerstaff’s grounder to short brought in another run. Mobley reached on an error in his second at bat of the inning to send in another run.

“We’re hitting the ball okay and trying to do a little bit of the small game,” Edwards said. “We’re being able to execute that, which is big for us, and some of our lower lineup being able to do that, it gives them another weapon to use.”

Hatley walked it off with four in the bottom of the fifth. Ryan Ward singled up the middle to open the inning, and Tyler Dabbs smoked a double in the gap to put two in scoring position with no outs.

An error off the bat of Ford sent home the first run, and Moffett drove in his third of the game with a groundout to third.

Bickerstaff drew a walk and stole second, and Ford scampered home on a wild pitch for the final run of the game.

The Tigers also picked up a pair of wins against Bruce, 11-0 last Tuesday and 8-4 on Friday. Bickerstaff threw a five inning one-hitter in the first game, while Moffett allowed two earned runs, struck out nine and walked two in the win on Friday.

On Tuesday, Eli Carter was 2 for 4 with a double, a two-run homer and 3 RBI, while Hunt was 2 for 2 with a double and 4 RBI. Ford also collected a pair of hits.

Carter had three hits, including a double, on Friday, while Moffett, Bickerstaff, Ford and Hunt had two each.

Hatley meets up with Booneville in the first round of the playoffs, going there on Thursday and hosting the Blue Devils on Friday.