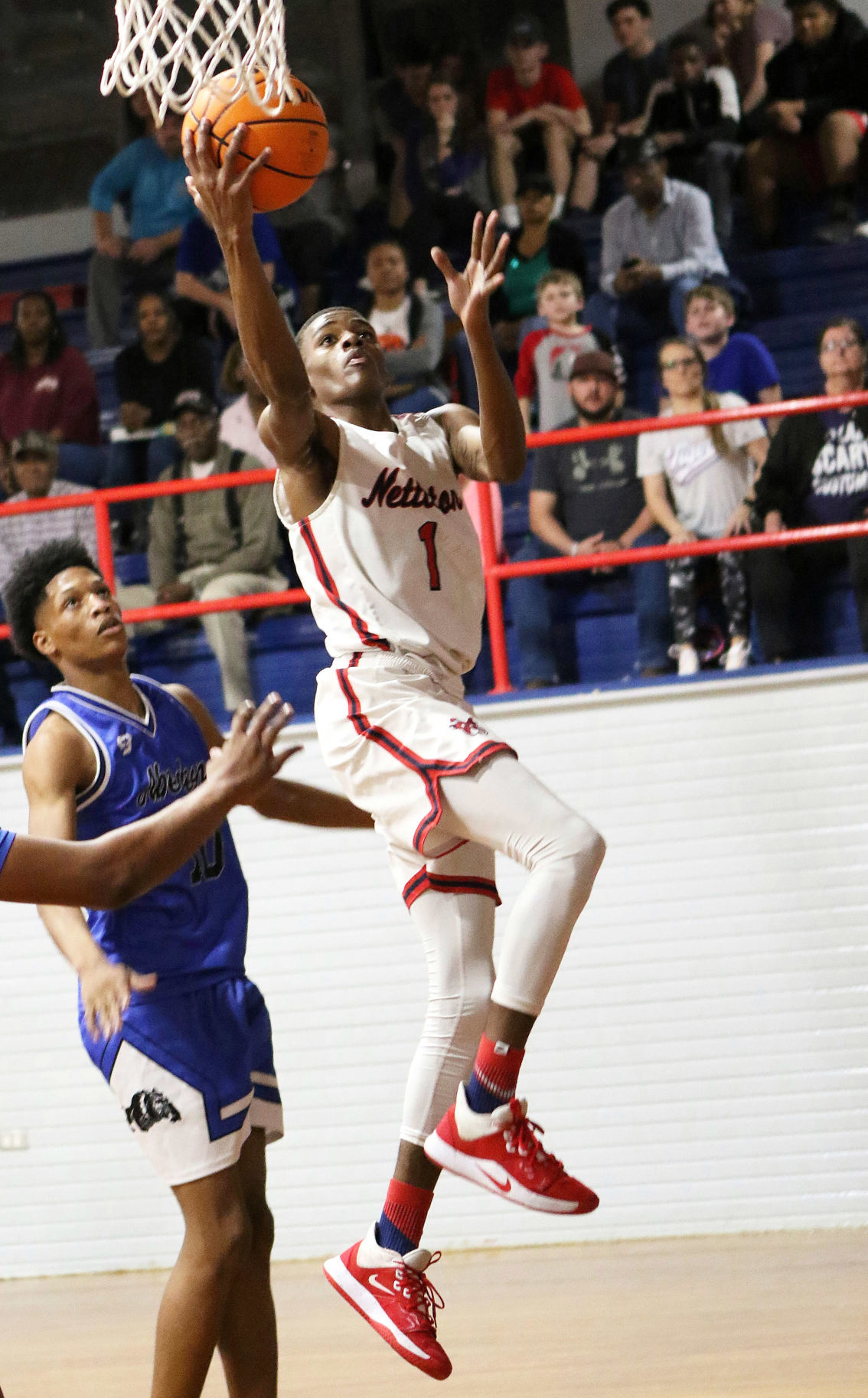 Nettleton’s Dedrick Johnson puts in an open layup early in the game. Johnson tied as the leading scorer with 17 points for the Tigers. 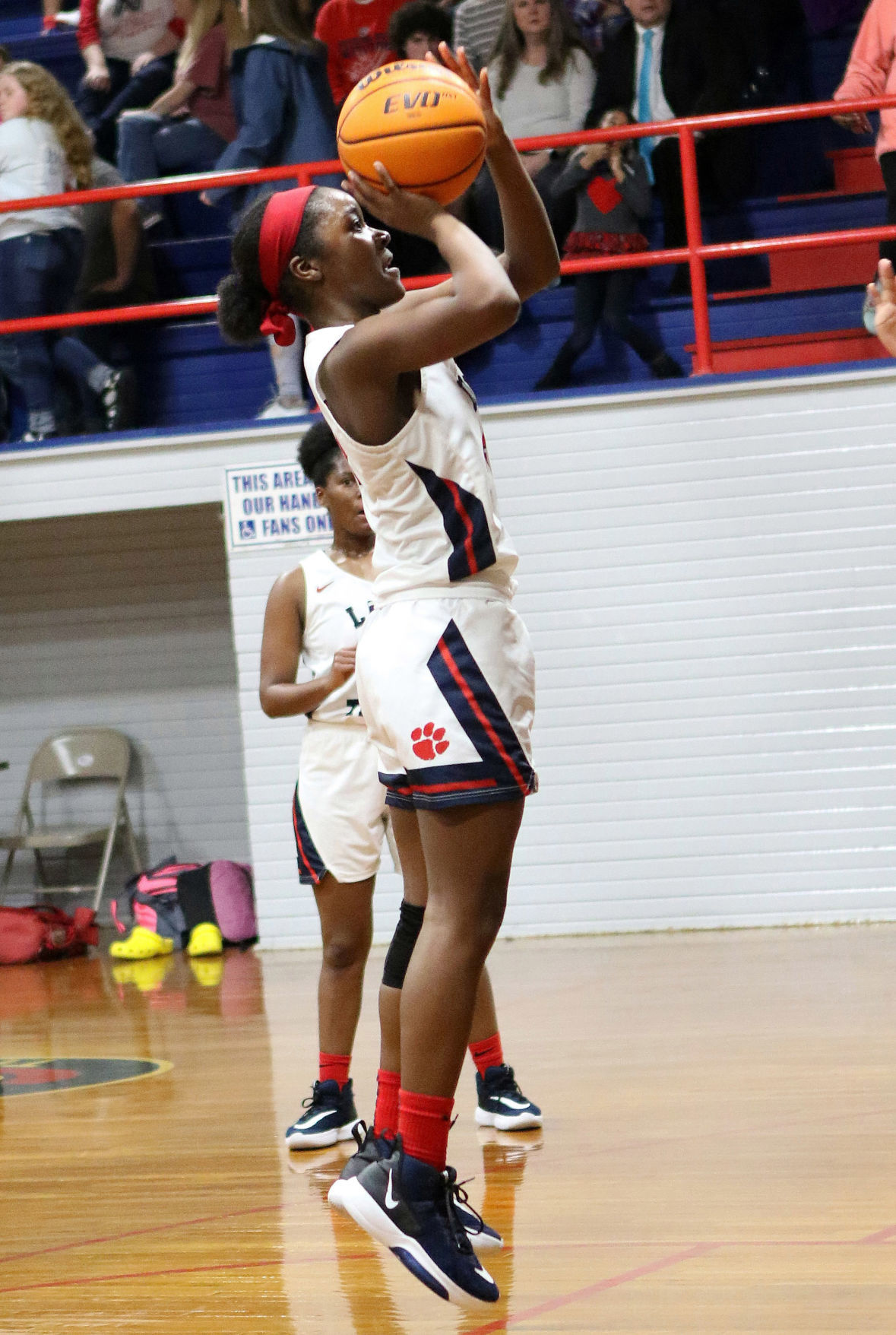 Nettleton’s Miah Hall put in a game-high 18 points against Aberdeen. 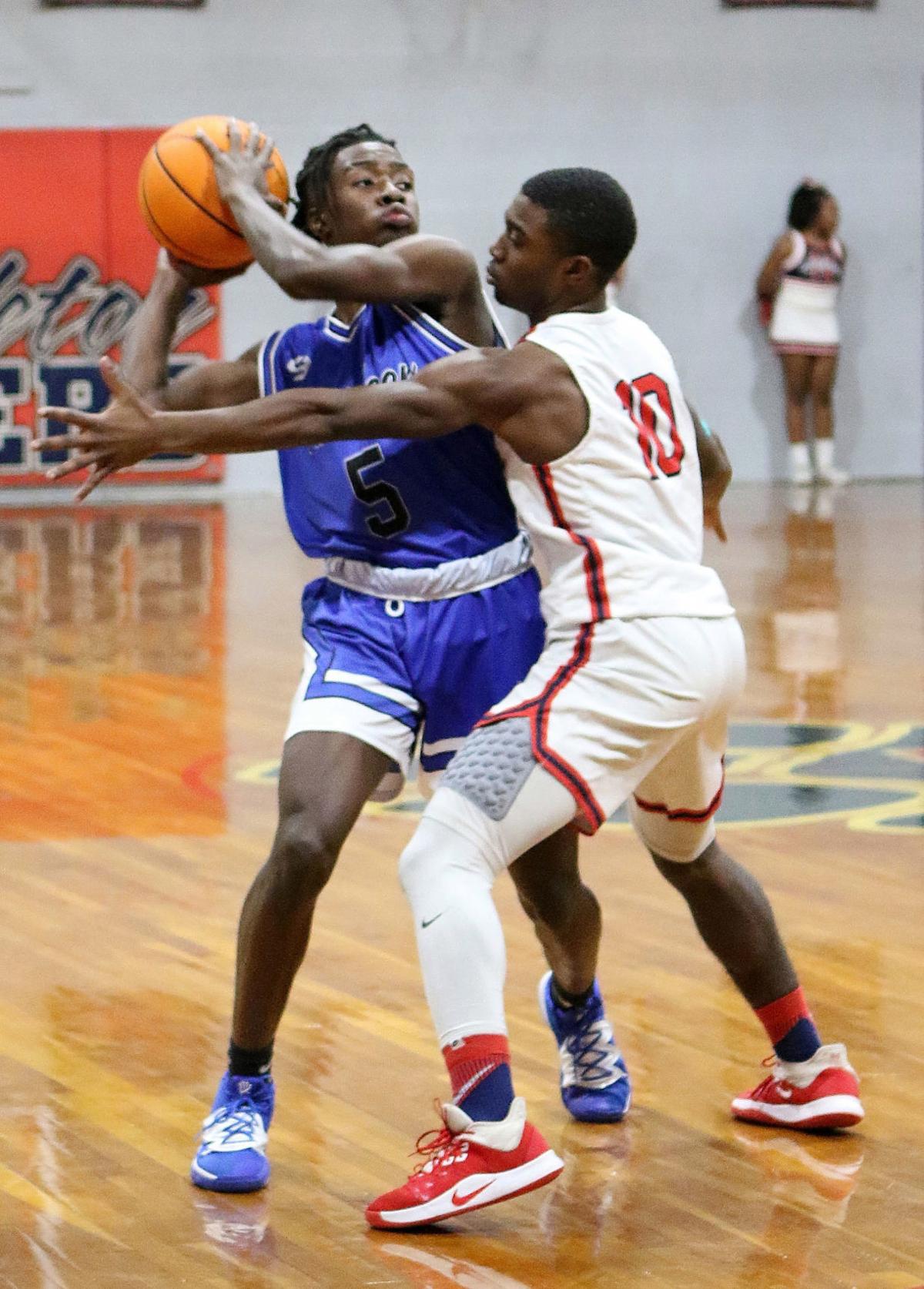 Aberdeen’s Javian McMillian, left, led the Bulldogs in scoring with his 12 points. 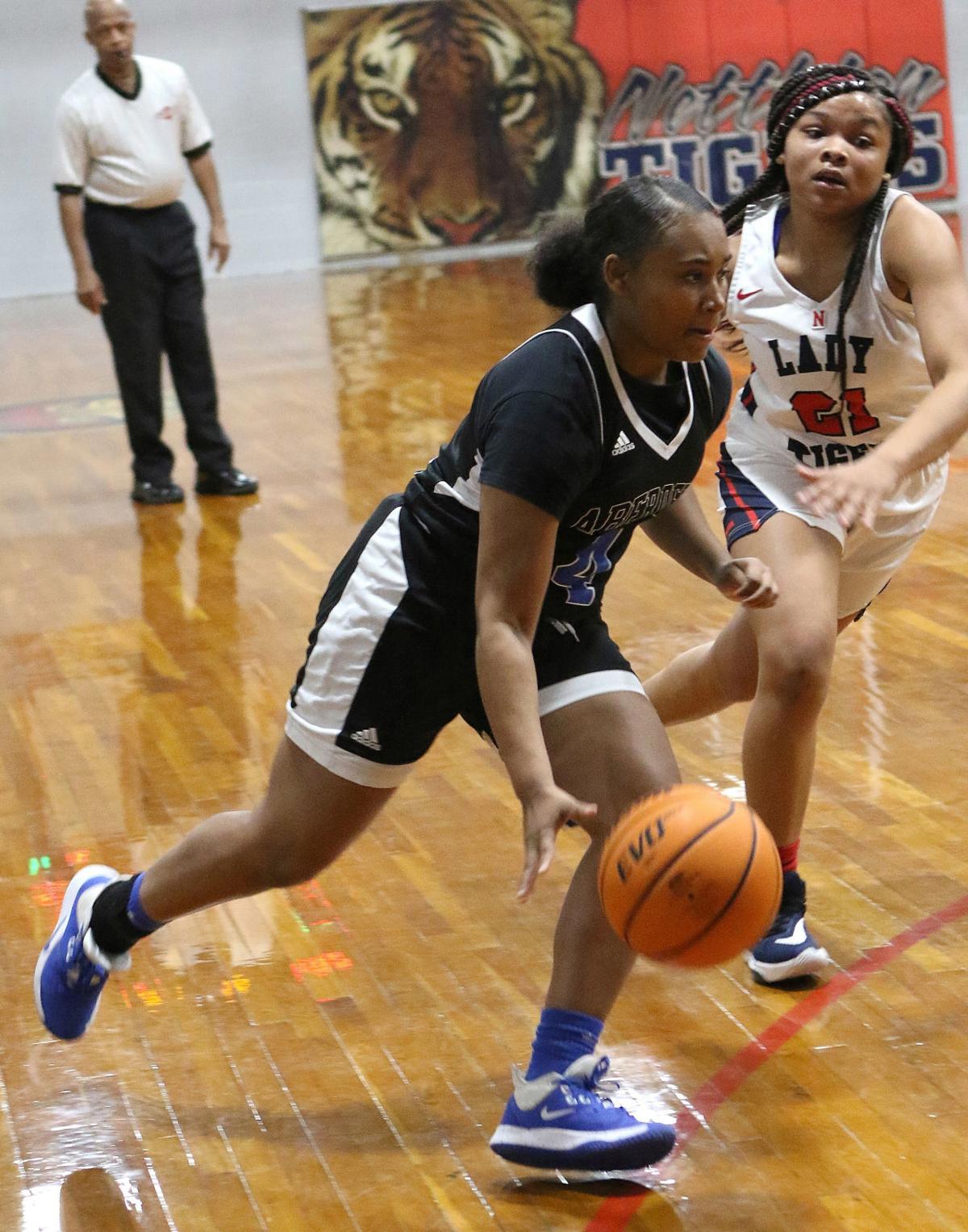 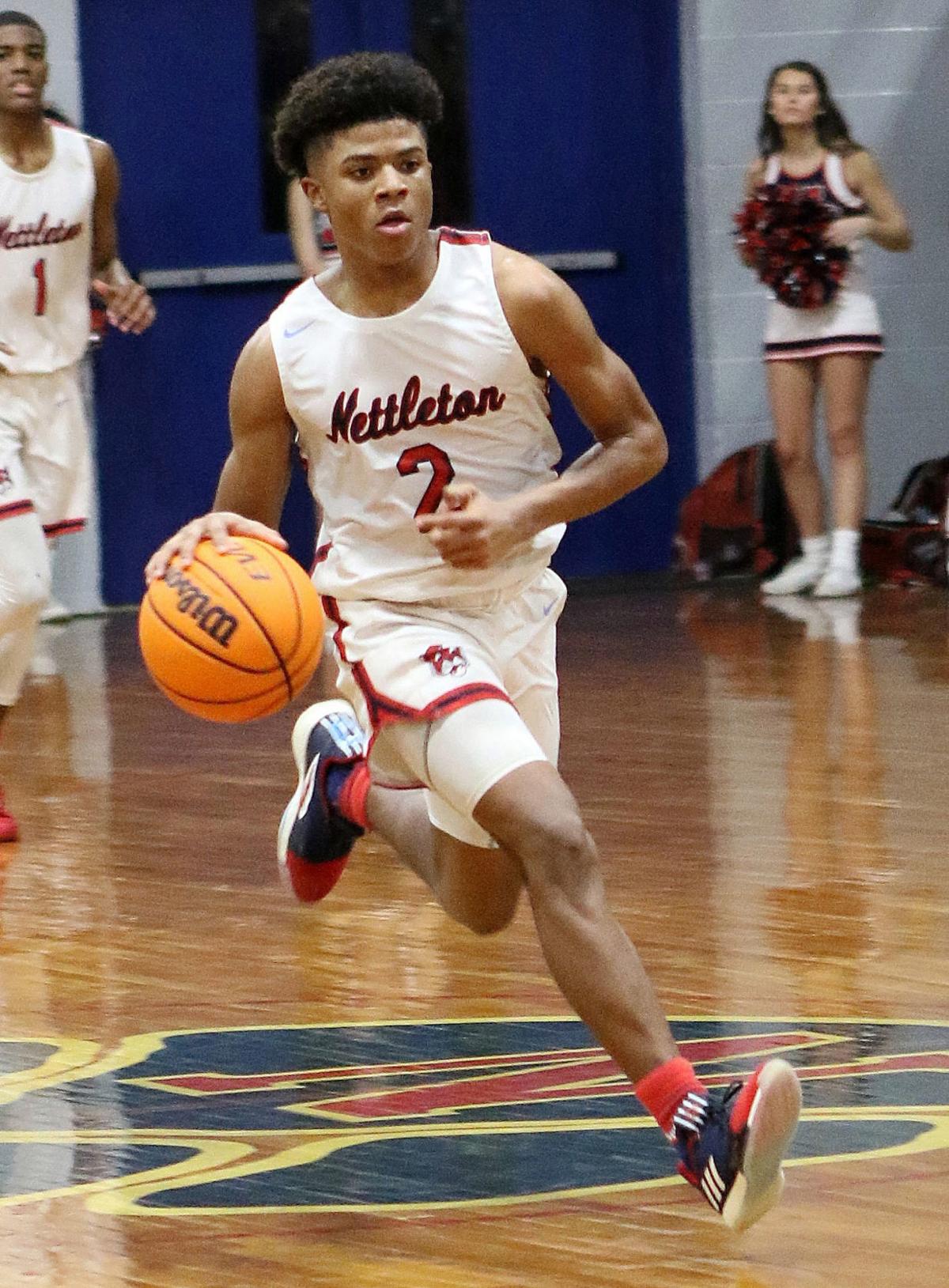 Nettleton's Zavian Dilworth brings the ball down the floor in the second half. Dilworth tied with Dedrick Johnson to lead the Tigers with 17 points. 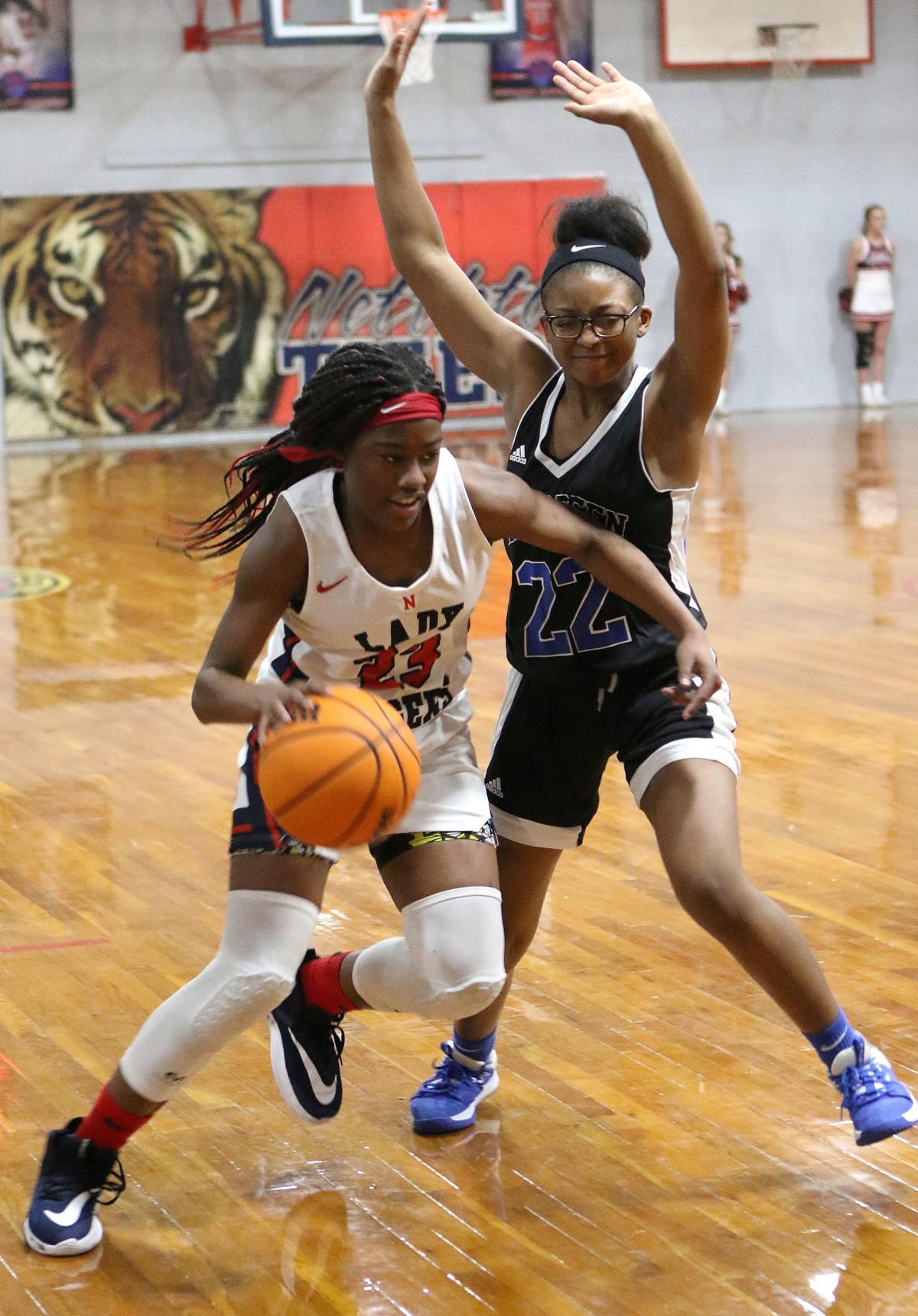 Nettleton’s Dedrick Johnson puts in an open layup early in the game. Johnson tied as the leading scorer with 17 points for the Tigers.

Nettleton’s Miah Hall put in a game-high 18 points against Aberdeen.

Aberdeen’s Javian McMillian, left, led the Bulldogs in scoring with his 12 points.

Nettleton's Zavian Dilworth brings the ball down the floor in the second half. Dilworth tied with Dedrick Johnson to lead the Tigers with 17 points.

NETTLETON – The Aberdeen Bulldogs made things interesting last Tuesday night, cutting a 15 point deficit in the fourth quarter down to four, but the Nettleton Tigers held on for the 69-62 victory. .

“It doesn’t matter what the records are. When we play them, it’s always going to be close,” Nettleton coach Grant Gardner said. “You’re going to get a lot of attitude and anxiety, but that’s what makes this a rivalry game.”

Jeremiah White’s basket gave the Bulldogs an early lead, but a Zavian Dilworth free throw put the Tigers on the board. Jenari Bell scored off a miss, and Javian McMillian’s bucket gave the Bulldogs a 6-1 lead. The Tigers finally got back on the board with a pair from the line from Jacorrien Moore, but White answered on the other end. The Bulldogs rolled out to a 12-7 lead before Dilworth completed the three point play and then got a steal on the other end. Moore took the pass to tie the game at 12.

Dedrick Johnson gave the Tigers the lead, taking a steal to the cup for the layup. Graham Gardner and Keandre Johnson’s baskets gave Nettleton an 18-12 lead, but a White free throw ended the run to close the first quarter with the Tigers up 18-13.

Jadyn Brand scored the first point of the second quarter. C.J. Arnold hit a long two to cut the lead to four, but Brand countered on the hoop and harm to began a 7-0 Netteton run before William Johnson’s three ended it. Bell’s drive to the rim got the Bulldogs closer, but the Tigers went on another 8-0 run. Bell’s three-point play stopped the run. Dedrick Johnson made a pair of free throws to give the Tigers a 34-24 halftime lead.

Dilworth’s steal and score opened the second half’s scoring as the Tigers got out to a 41-27 lead before Cordrell Barker hit a three to end the run. The Bulldogs hit a pair of threes to get the lead to single digits before. Brand answered with a basket. Barker hit his second three of the quarter cut it to 46-40. The Tigers went on a 6-0 run before Jayden Walker hit a basket to have Aberdeen trail 54-43 to end the third.

Walker scored to begin the fourth quarter, and McMillian added to cut the lead to eight. Brand’s pass to Moore made it a 60-47 Nettleton lead before Tyler Harrison’s layup stopped the run. The lead grew to fifteen, but the Bulldogs went on an 11-0 run opened by a Jermaine Strong bucket. Barker hit his third trey of the evening, and White and McMillan scored back to back.

Strong cut it to four at 64-60 before Johnson’s drive to the rim stopped the run. Late free throws by Deon Rodgers, Moore and Gardner sealed the win.

Dedrick Johnson and Dilworth led all scorers with 17 points each for Nettleton, and Brand and Moore scored 12 and 10 respectively. McMillian led the Bulldogs with 12 points with Johnson and Barker adding 11 and 10 each.

The Lady Tigers secured the sweep for Nettleton as they scrapped back after falling behind early behind a game-high 18 points from Miah Hall.

“Miah has stepped up. She worked this summer and got out more on the perimeter,” Nettleton coach Shane Hayles said. “Our success has a lot to do with how well she plays.”

Madison Miller’s basket opened the scoring, but Tamia Walker answered to tie the game. Baskets by Kierstyn Riddle and Jamiyah gave the Lady Bulldogs a 7-2 lead before Hall stopped the run with two free throws. Paige Matthews hit a three to take the lead back to seven, but Tamiya Martin answered with a three of her own, then got the Lady Tigers back within two. Walker’s second basket of the quarter made it a 14-10 Aberdeen lead at the end of the first.

Hall converted her own rebound to open the second quarter and cut the lead in half, and Bricelyn Morris tied the game at 15 with a three-pointer. The Lady Tigers retook the lead after a pair of free throws from Hall. Hall’s drive and layup doubled the lead, but Jamia Johnson answered with a layup of her own. Brianna Smith hit from distance to tie the game at 20, but Nakira Gillard’s long two gave the Lady Tigers the lead back. Hoskins took a steal to the rim to give the Lady Bulldogs a 23-22 lead before Miller was fouled on a three-point shot and made all three to give the Lady Tigers a 25-23 halftime lead.

The two teams got off to a slow start to begin the second half, but Miller made two free throws to open the second half scoring. Hall scored off a deflection to make it a 29-23 lead before Hoskins scored the Lady Bulldogs’ first points of the half and started a 6-0 run ended by Miyunia Thomas’ bucket to tie the game. Hall’s long two gave the Lady Tigers the lead, and she took a steal to the rim on a 7-0 run. Hoskins’ free throw ended the run and cut the lead to six to close the third.

Morris scored to begin the fourth quarter, but Riddle cut the lead to four at the free-throw line. Morris stopped the run with a three, and Hall added another pair from the line. Walker’s steal and spin led to a score for Aberdeen, but was answered by a nice move in the paint by Miller. The two teams went on a dry spell until some late free throws.

Martin followed Hall’s 18 points with 10 points for Nettleton. Riddle and Thomas led Aberdeen with 9 points each.