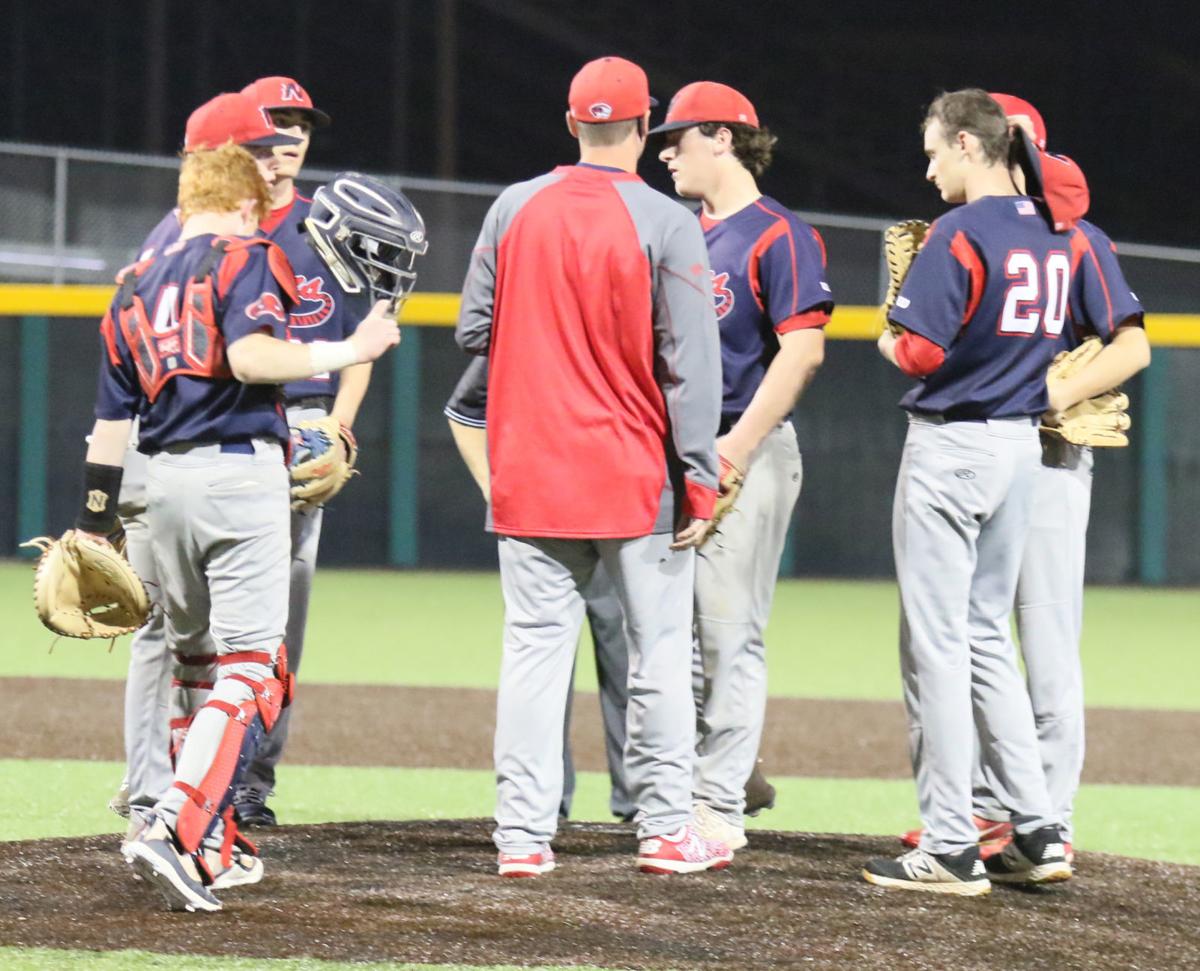 Nettleton coach Joseph Koon comes out to talk with his team during one of their final games of the 2020 season. Koon will look forward to returning seven starters and the majority of his pitching staff in 2021. 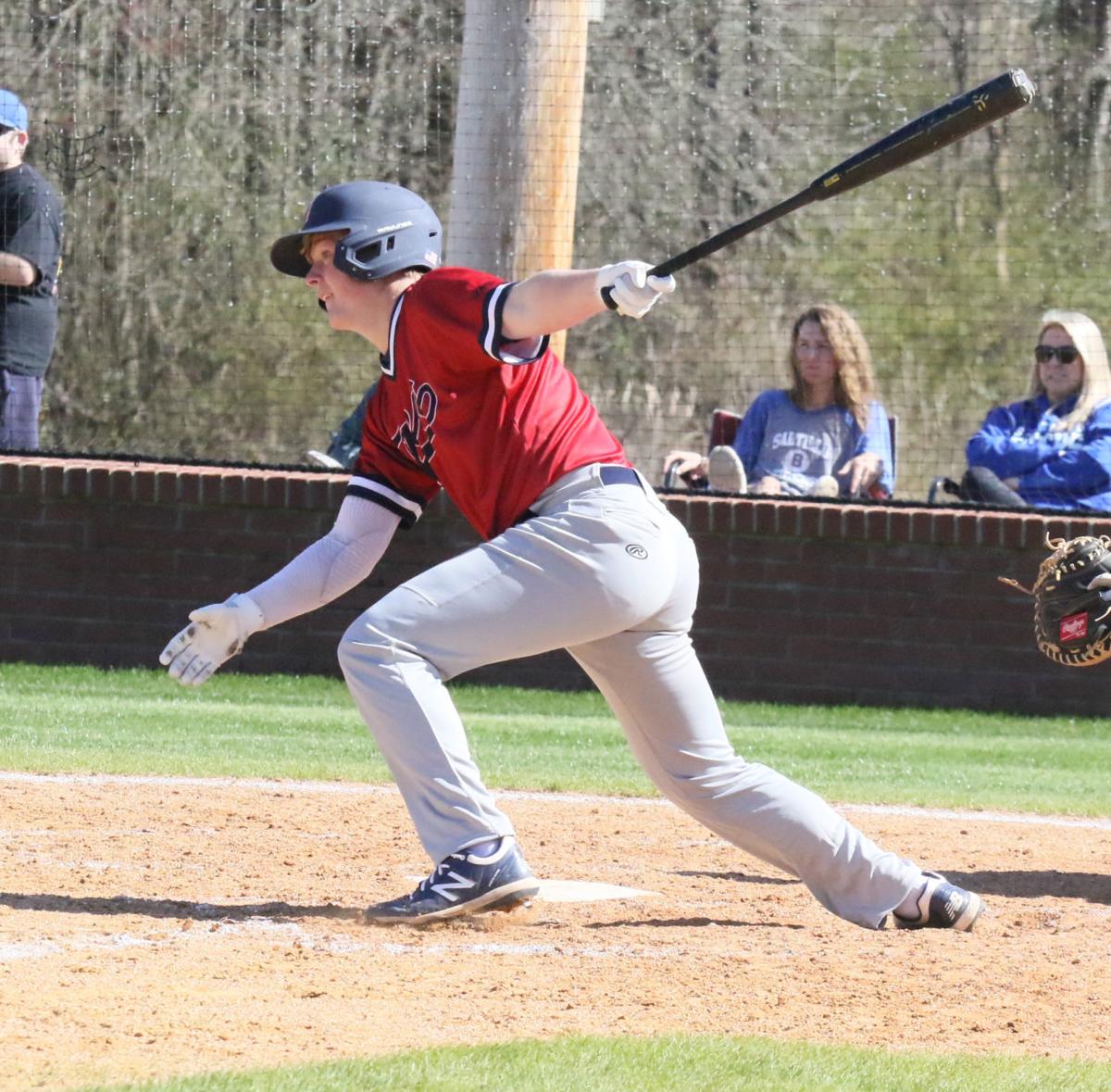 Nettleton's Evan Smith was hitting .571 with 16 hits, nine RBI and five doubles when the season was shut down.

Nettleton coach Joseph Koon comes out to talk with his team during one of their final games of the 2020 season. Koon will look forward to returning seven starters and the majority of his pitching staff in 2021.

Nettleton's Evan Smith was hitting .571 with 16 hits, nine RBI and five doubles when the season was shut down.

After the season was canceled just nine games in, that optimism will have to push to next year as the Tigers will lose just three seniors and still return the majority of their roster.

“We were 6-3, and I think we were still in a spot where we were a bit young, but it was one of those deals where we had experience on our side,” Nettleton coach Joseph Koon said. “We had some guys who were really stepping up and starting to find that groove and also some with good outings on the mound. We were getting to that spot where hopefully we were going to open up division strong that next week.”

Nettleton’s three losses were to Pontotoc, Saltillo and Scott Central, and Koon said his aim was to make a tough schedule early to prepare for a competitive division.

“That gave us some experience against playoff caliber teams, and overall we were headed in the right direction and lost to some quality teams,” he said. “We could have easily came out on the other side against Pontotoc with a break here and there, and we saw some really good things out of that game even though we got beat. We spent the majority of the preseason and offseason just really working on competing. Everything we did we tried to turn into a competition, and we saw that transfer into the season.”

The Tigers were looking strong offensively and with their pitching staff with Evan Smith leading the way at the plate with a .571 batting average and Davis Oswalt on the mound with 37 strikeouts. Drew Humble also sported a 0.68 ERA.

“Evan was very impressive at the plate with a lot of his hits being with two strikes, which goes back to competing because he wasn’t letting up. Jackson Cheek and Carter Crawley were also showing out on the offensive side, and Graham Gardner was having a pretty good year at the plate,” Koon said. “Jaylon Betts and Cade Dallas both had some good games where they stepped up. Any time you have a guy like Davis anchoring your pitching staff, you feel good, and we also had some good outings out of Drew Humble, Evan and Jackson. We were expecting big things out of Tyler Rooks on the mound as well. Everyone was getting in a groove and just wanted to compete and win.”

Despite being in that tough Division 1-3A with Amory, Booneville and Kossuth, Koon hoped that Nettleton would have a deep playoff run in store.

“It’s tough to say, and that’s what makes baseball special is that anything can happen on any given day,” he said. “Programs in our division were going to give some folks a run for their money, and we were looking forward to those series and ready to go to battle with them. I think the way things were shaping up that we were going to make a deep playoff push, and I hate that this group didn’t get to experience that. We were in the battle last year with youth holding us, and that made us feel confident in being able to learn from the past.”

Koon praised his three seniors – Dallas, Gardner and Rooks – and hopes to be able to have one last team gathering to honor them eventually.

“That was a gut punch that we couldn’t work through all this with them in person. We had a lot of calls, texts and checking in, and we spray painted their numbers on the field on Senior Night to honor them,” he said. “It’s tough enough to experience this as a coach, so I can’t imagine how they feel as players saying your season is done. They have been a special part of the program since junior high, and I hope to still see them around to check us out in the future. It’s something everyone has learned from that you can’t take anything for granted, and I think the character building, the leadership and what they will take into the community is far greater than anything anybody could do on a baseball field, as much as they wanted to play this year. They were a joy to have in our program and help lead.”

Nettleton’s returning players are already back to work, both with the team and with many in summer baseball programs such as American Legion ball and other organizations.

“It’s an acclimation period, and we’re easing them back into it and following our guidelines, but it’s good to have athletes back on campus,” Koon said. “You have plenty that are playing multiple sports, and you have to watch out for that as well. They are hungry, and the majority are playing summer ball and having pretty good starts from what I have seen. We are definitely going to miss the seniors tremendously, but we do have this core that has started since their freshmen years and even Cade Oswalt, who played as an eighth-grader. We are looking forward to the future with growing, getting stronger, working harder and being excited for this upcoming year.”

The Tigers will be aiming for that playoff run next season, one that Koon thinks will absolutely go through their division.

“I am not a betting man, but I would definitely say our division has a high chance of producing next year’s state champion. It’s quality programs with returning guys that can really play,” he said. “The fun thing is that a lot of them have grown up playing against or with each other. I would definitely say that there will be some solid series within our division next year, and it’s an exciting time to be part of that. Everyone will have their work cut out for them.”