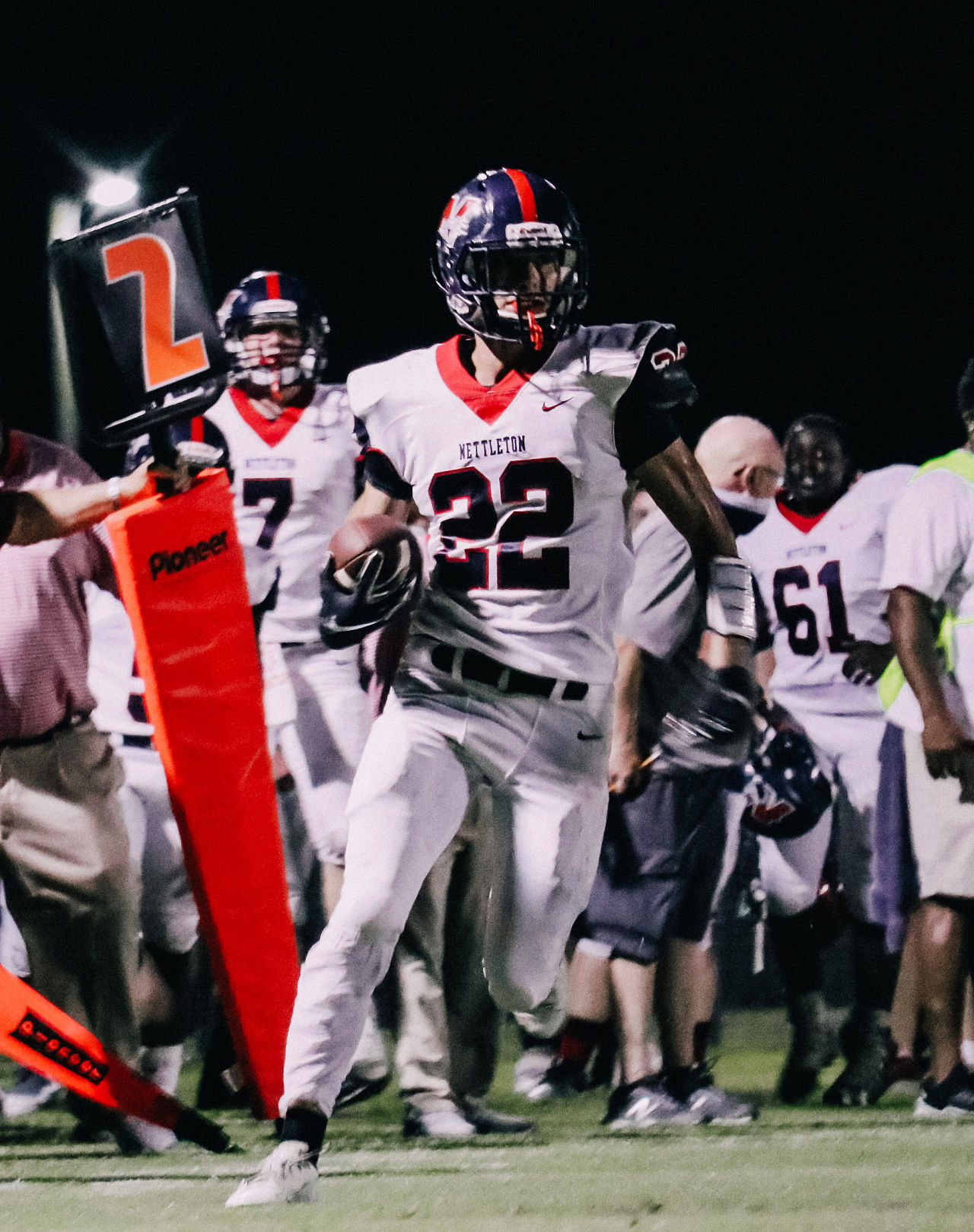 Nettleton’s Charlie Sullivan hauled in a pair of touchdown receptions in the Tigers’ win over Baldwyn. 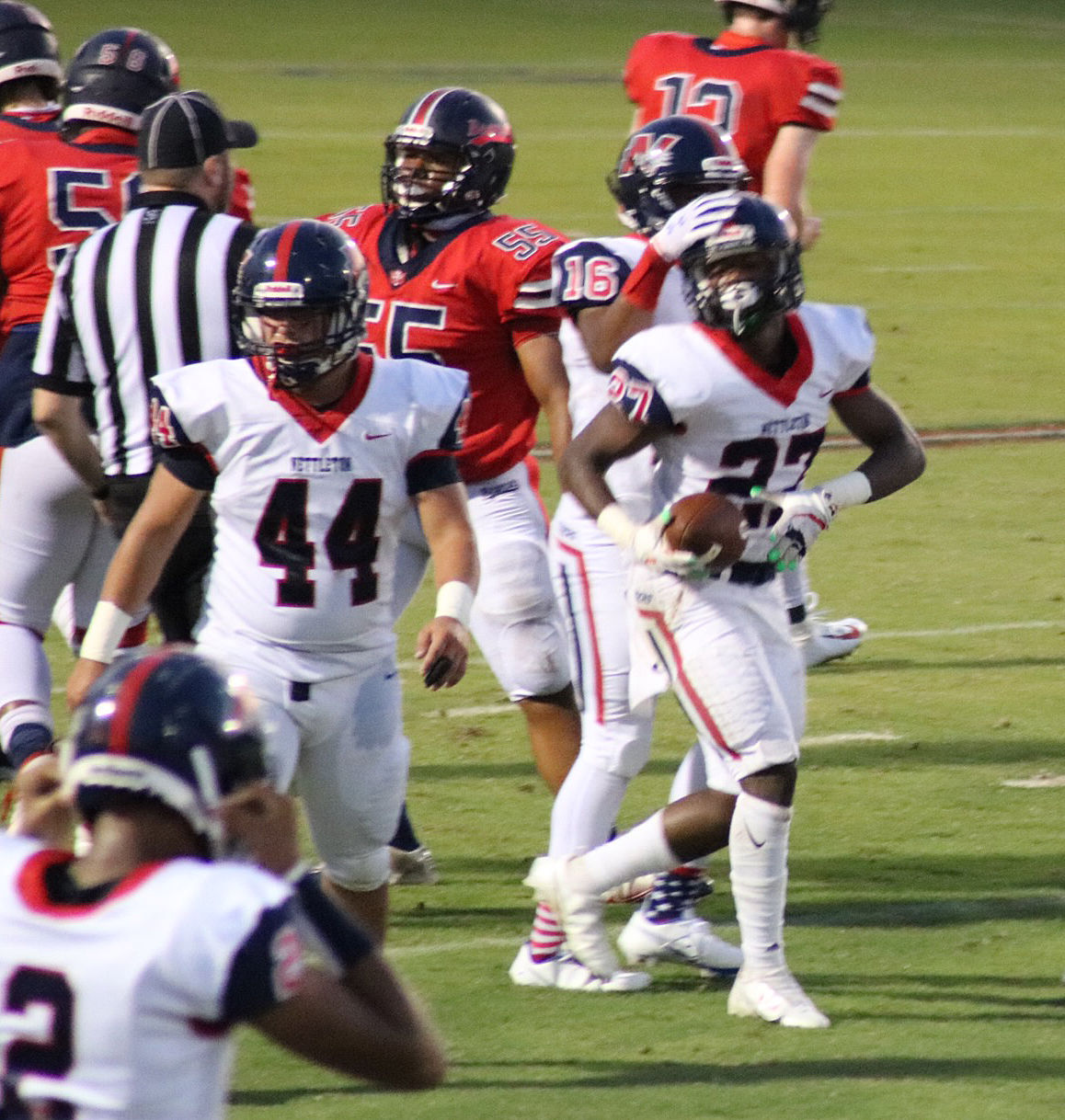 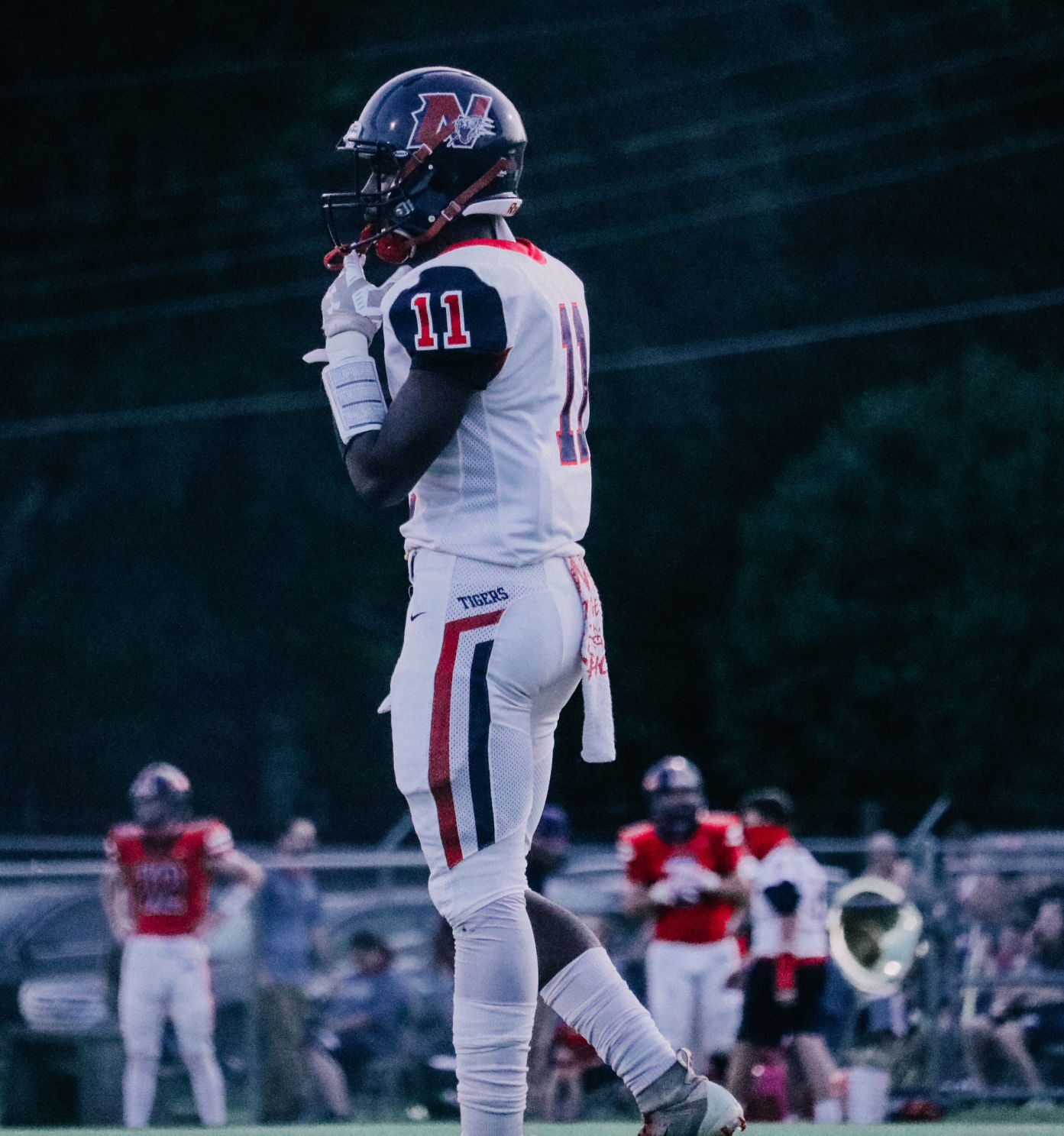 Nettleton’s Jacorien Moore had a 72-yard pick-6 against Baldwyn. 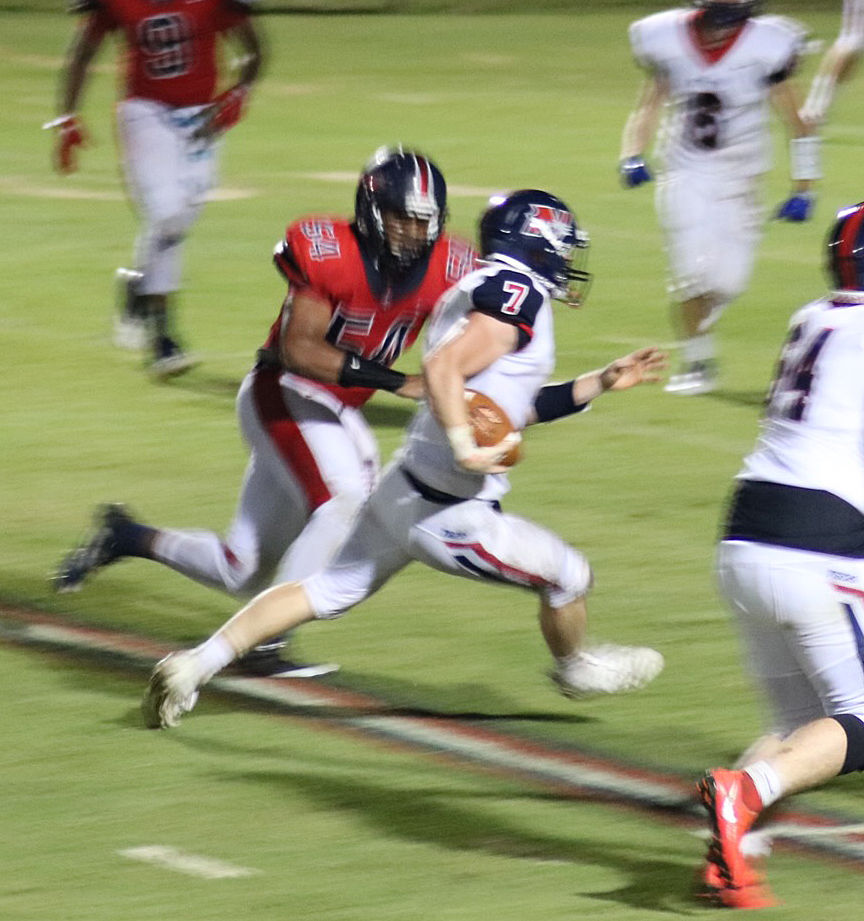 Nettleton quarterback Davis Oswalt threw a pair of touchdown passes to Charlie Sullivan and rushed for another score.

Nettleton’s Charlie Sullivan hauled in a pair of touchdown receptions in the Tigers’ win over Baldwyn.

Nettleton’s Jacorien Moore had a 72-yard pick-6 against Baldwyn.

Nettleton quarterback Davis Oswalt threw a pair of touchdown passes to Charlie Sullivan and rushed for another score.

The Nettleton Tigers were missing nearly a third of their team due to players being out on quarantine but still fought through those issues to top Baldwyn 26-14 for their second win of the season.

Among their usual starters, Nettleton was missing two receivers, one running back, two offensive linemen, two defensive linemen and a kicker.

“We talked about adversity and handling that just at the beginning of the season, not knowing if we were going to get to play or what this season holds for us. We knew that no matter what the circumstances were, we wanted the opportunity to play, and we got that Friday,” Nettleton coach John Keith said. “That was kind of our talk with our guys was that regardless of the situation, we had the opportunity to go forth and play football. It wasn’t with everybody or how we envisioned, but we owed it to the community first and to those guys who couldn’t be there to just go and play for them and ourselves.”

The Tigers found out the players would be missing just a little over 24 hours before game time, late in the school day on Thursday. The team had no positive cases as all players were out due to close contact with another positive in the school.

Keith said a couple of the players who were quarantined during their season opener would be able to return this week.

“We had guys falling out cramping because they were doing things they weren’t used to doing, but I thought our coaches did a tremendous job adjusting and making plans to get guys in situations to be successful,” he said. “It was a complete team effort, and I was impressed with how everyone handled it.”

Baldwyn scored on its opening possession, but Nettleton pushed ahead 8-7 after a fumble recovery on a 29-yard touchdown from Davis Oswalt to Charlie Sullivan.

Jacorien Moore picked off a Bearcats pass and took it 72 yards to the house for a pick six that extended that lead to 14-7, but Baldwyn tied the game quickly on a 42-yard touchdown run.

Oswalt pushed Nettleton 0back ahead with 4:51 left in the second on a three-yard keeper that sent them into the half with a 20-14 advantage.

Oswalt and Sullivan connected for their second touchdown of the night on a 30-yard strike late in the third, and both defenses held from there.

“Charlie played really well offensively and also made some plays on defense, and Jacorien played both sides all night. Drew Humble played offensive line, defensive line and special teams all night,” Keith said. “Marcus (Thomas) played really well on defense and took some offensive snaps as well. Evan Smith punted the ball well and played some defensive back, linebacker and receiver. Davis’ stats aren’t going to be what they should be this week because we had some drops, but his leadership shows through. He was out there directing a bunch of guys who didn’t know what was going on. They were all running to him every single play.”

Keith complimented the defense, which forced four turnovers – interceptions by Moore and Sullivan and fumble recoveries by Thomas and Quin Thompson.

“Our defense gave us opportunities to be successful because we had to live on big plays on offense,” Keith said. “We gave up a big play for the first touchdown and had our eyes in the wrong place, and the second one was a fluke thing. The running back was lying on top of the defender, and the officials didn’t bow the whistle so he took off running. It’s a credit to him for playing to the whistle. But our defense did a tremendous job forcing turnovers and flying to the ball. We had a lot of guys who played really hard with a lot of effort, and I’m proud of that.”

Keith said one of the biggest challenges came with missing players on the offensive line.

“We took a big hit on offense. That was a big bulk of our offensive production that walked out the door,” he said. “Losing those offensive line starters made us have some issues in our run game, and we had to plug pieces nad move people around. The offensive line is such a functional unit that takes a lot of work and time, and Baldwyn had a really good front seven. They will be a very competitive team in their division, and we were fortunate we had a game under our belts and they didn’t. I think that played in our favor.”

Nettleton was originally scheduled to play Caledonia in Week 3 but saw the game canceled after the school will learn virtually for a week due to COVID-19 precautions. The football team still has no positives, and the Tigers hope to resume action the next Friday at Aberdeen.

MCT shows positives in more than just the championship teams