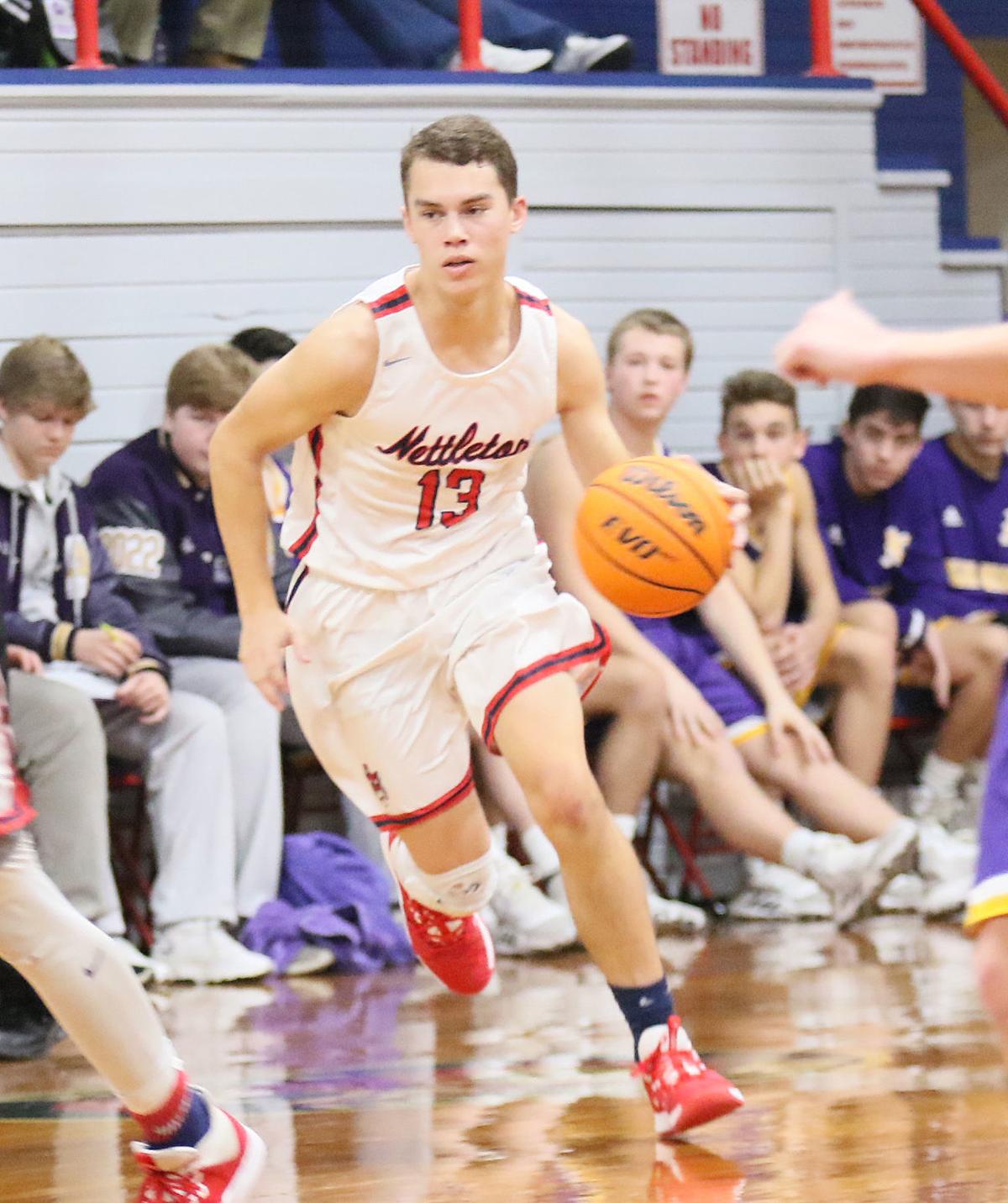 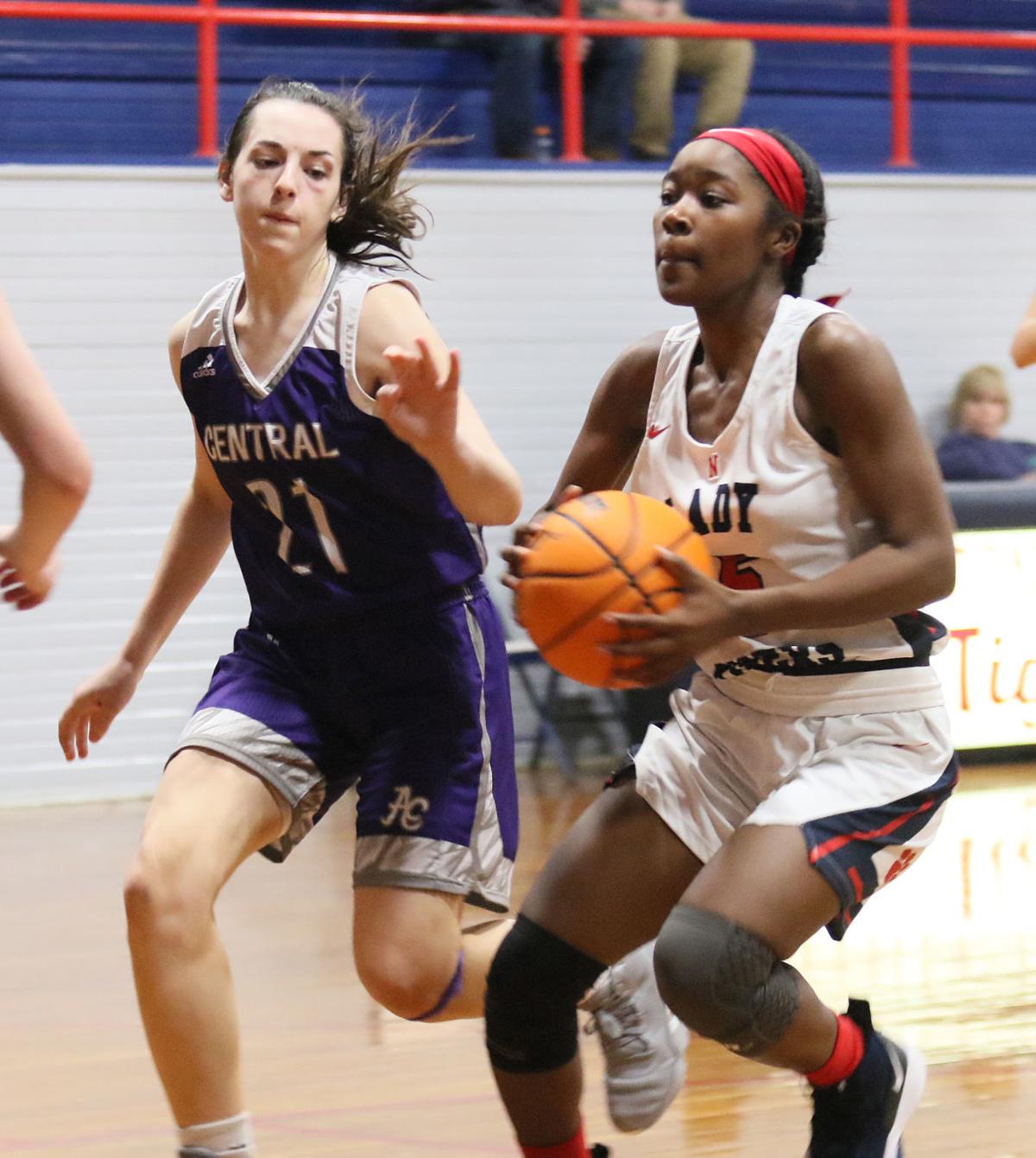 Nettleton’s Miah Hall drives to the basket in the fourth quarter.

Nettleton’s Miah Hall drives to the basket in the fourth quarter.

NETTLETON – The Nettleton Tigers rolled out to a commanding lead early and kept their foot on the gas pedal last Tuesday night, staying undefeated in Division 1-3A play with a 91-59 victory over Alcorn Central.

“This was probably the best 32-minute effort we had all year,” Nettleton coach Grant Gardner said. “We started out strong and didn’t have a lull. We extended the lead and played well. We played together and had 10 people who scored tonight.”

Jacorrien Moore started the Tigers off well in the first quarter as he scored six points. Graham Gardner and Zavian Dilworth added five each with both draining a three-pointer, and Dedrick Johnson chipped in another four points.

Gardner sank a pair of threes in the second quarter as the Tigers rolled out a 48-25 halftime advantage. Dilworth also hit a three in the second and led with seven points in the quarter, as Moore added another four to his total.

In the third quarter, Dilworth went a perfect 4 for 4 at the line and added another layup, while Gardner kept his strong night going with eight points in the period as the Tigers nearly opened up a 30-point lead at 68-40.

Dedrick Johnson, Deon Rodgers, Jaylon Betts, Keandre Johnson, Gardner, Malachi Agnew, Keylin Ruff and Jadyn Brand all scored in the fourth to ice the win. Brand and Gardner each had five points in the fourth, while Gardner, Betts and Rodgers all hit threes.

Gardner led all scorers with his 24 points, while Dilworth finished with 17. Moore, with 12 points, and Dedrick Johnson, with 10 points, were also in double figures.

“Graham led us in scoring tonight, and he shot the ball well tonight,” Gardner said. “When he shoots the ball well like that, it opens up the middle for Jacorrien and Dedrick. Zavian had probably his career high with 17 points, and he is starting to distribute well, get everyone involved and also get his own. Keandre also played well inside tonight.”

The Lady Tigers trailed by double digits at the half and tried to make a comeback in the fourth quarter that eventually fell short.

Nettleton trailed 23-12 at the half and 32-20 at the end of the third quarter. A three-point play by Faith Collier cut it to single to digits to open the fourth, and Miah Hall and Madison Miller chipped that to six with a pair from the line and a layup.

Hall’s free throws with 3:08 to go cut it to 35-31, and Nakira Gillard took a steal to the hoop to make it a three-point game a few seconds later. Hall cut it to three again twice in the final two minutes, and Miller followed her up with a free throw to make it 40-38. The Lady Bears were able to hit three free throws down the stretch and force a late Nettleton turnover to seal the win.

Miller led Nettleton with her 15 points.