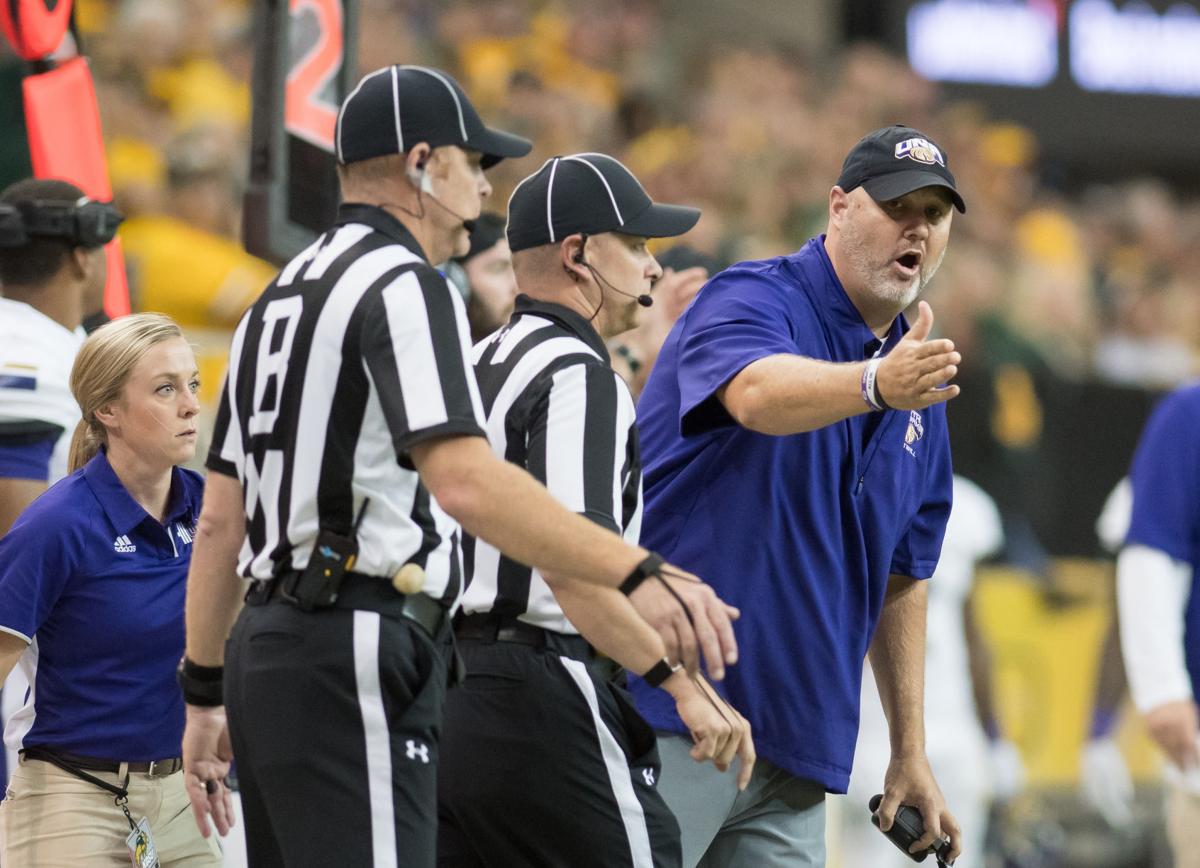 Aberdeen native Chris Willis is going into his fourth season as head football coach at University of North Alabama. 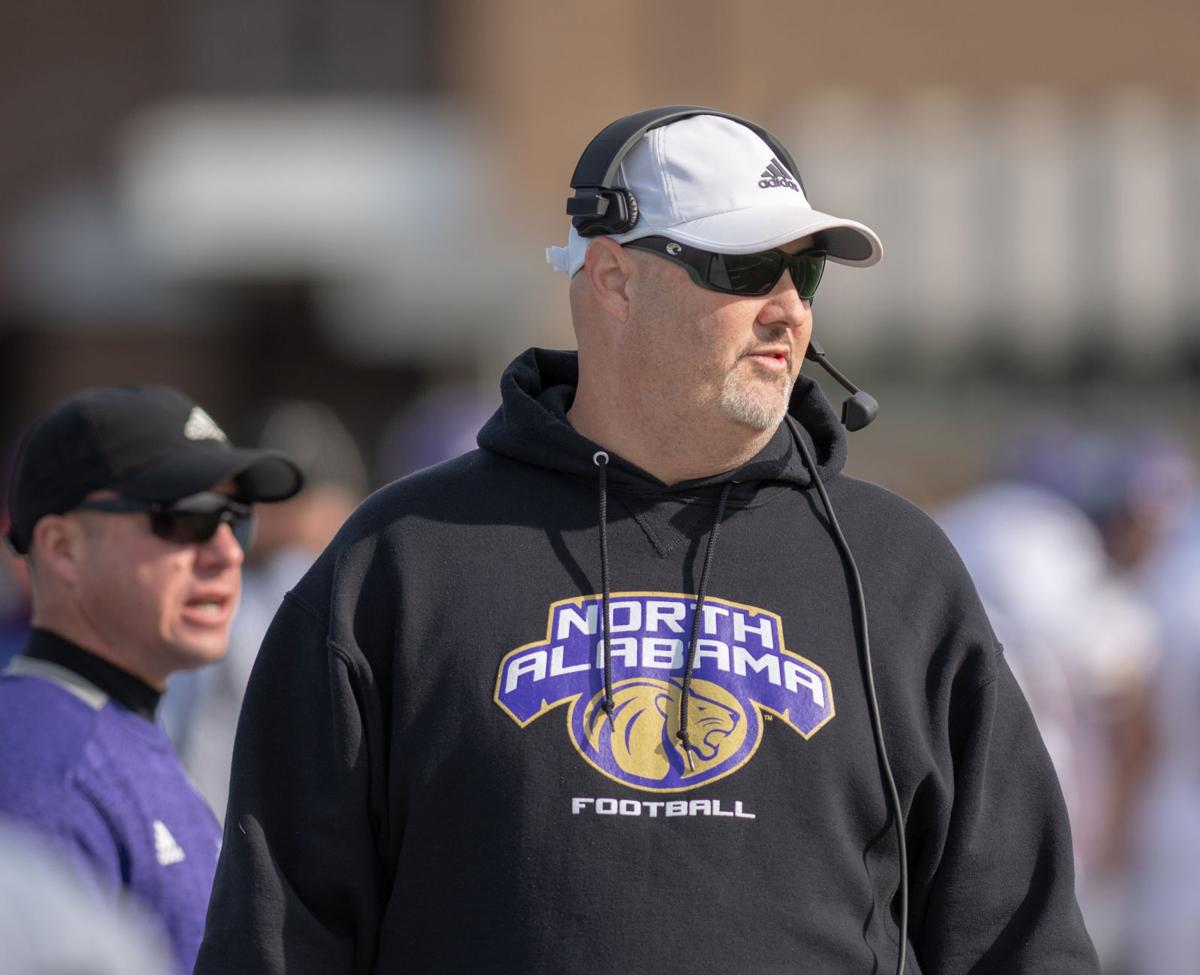 Chris Willis has posted a 16-15 overall record in three seasons.

Aberdeen native Chris Willis is going into his fourth season as head football coach at University of North Alabama.

Chris Willis has posted a 16-15 overall record in three seasons.

University of North Alabama head coach and Aberdeen native Chris Willis isn’t sure yet if his Lions will play this fall or how it will look, but since the beginning of July, he’s preparing to precede as scheduled until told otherwise.

Willis and the Lions have around 80-85 players on campus as they began moving in on July 6 and getting their COVID-19 testing and screening done and starting their voluntary offseason workouts the next week.

“We waited a little bit to see how everyone was going to do it. We try not to talk about the what ifs, but we’re just moving forward since we haven’t been told anything different,” Willis said. “We are watching the schools above us in the FBS and waiting to see what they all do. Obviously that will change a lot of scheduling. We have been told the all-conference schedule is something that can be pulled off, and then we have also been told it’s something to tell us until they say we are not playing.”

The Lions are putting every precaution in place from wearing masks, social distancing and keeping their groups small during workouts.

Willis especially takes the precautions seriously since he had his own experience with testing positive for COVID-19 and having mild symptoms such as a low-grade fever and sore throat.

It took him 19 days and four tests to come back with a negative result. His second test came back positive and the third showed no results.

“The bad part about a guy being positive is that the people around you have to be quarantined as well, and I have a wife and three kids that had to. We were all having to be locked up and can’t do what we want to do,” Willis said. “We are so glad in seeing our athletes back on campus and some kind of activity from students because you don’t want to sit around and think negatively, but in saying that, I do take it seriously. I did have it, and you don’t want someone else to catch it from you that it might harm them differently.”

Willis said he was currently feeling “50/50” on the chances of UNA’s season starting on time, but when it does, one of the strengths for his team is that they did go through a spring football camp before the virus shut things down.

“We went through some coaching changes, lost our offensive coordinator and I had some coaches that I promoted. I used that time to make a few changes, and we did spring football early and were lucky to get it in,” Willis said. “You think about teams that have a new head coach or had no head coach in place, and they didn’t get the chance to do the things they were wanting to do, so they are more behind than the ones who did have spring. We were thinking that if we did have any key injuries in spring, maybe doing it early on the front end, you could get them back in time.”

If the college football season is canceled or delayed more than already previously announced, Willis outlined the complications it would present, first and foremost being the income that universities and their surrounding cities receive.

Other challenges also include positions that are game-day only being affected and the potential of coaches getting laid off or furloughed.

“You expect those crowds, it’s the same thing for us and Alabama. You think about the money lost in those cities that host 5-6 games a year, and it’s money you bank on year in and year out,” Willis said. “We have two games on our schedule, Virginia Tech and BYU, and that’s close to a million dollars we lose if we don’t play those games. Coaches being laid off and furloughed is not good around the level, and Florida State has already laid off 25 people to get ahead of the curve. Football is the cash ow that pays for all the other athletics and pays for jobs. I feel sorry for the sports that got canceled in the spring because I am a huge fan of those sports, but football is almost game to game big money. It’s going to be a different impact if we don’t have it.”

The pandemic isn’t the only challenge Willis has dealt with during his tenure as head coach. During his second season, the Lions jumped up from Division II to Division I. They posted a 7-3 record the first season, but finished 4-7 last season as Willis said he felt like several wins got away.

“It’s going to be a little bit of a struggle any time you move up a classification, and we re learning that. We were a powerhouse in D-II, winning titles in the ‘90s and playing for one in 2016. The jump means there’s a transition, and the biggest one is that you aren’t eligible for playoffs for four years,” Willis said. “That makes recruiting hard because kids don’t want to come knowing they can’t play for anything. I think our first year, we pulled off some pretty good wins because in D-II, you get some really good athletes, like a D-I player that’s not there academically. Last season, I felt like we should have won six games, but we let two go. It was a typical season where we were up and down at times, playing well but getting caught by our depth.”

Willis said he feels like the depth is starting to get there, a factor that will hopefully come into play as the Lions navigate a tough season if they keep their full slate.

“The recruiting through COVID has put things behind because it’s all virtual, and that’s not the same,” Willis said. “I think we have done a pretty good job, and the good thing is now we only have two years left with no playoffs, and we can sell that we’re playing for something.”

In addition to Virginia Tech and Brigham Young University, the Lions also face a pair of 11-3 teams in their division in Kennesaw State and Monmouth.

Willis guesses that UNA’s schedule could be the No. 1 strength of schedule in the country in the FCS.

“Most people play one FBS opponent. It’s called the money game,” he said. “We got two and also Jacksonville State that is really competitive, plus two teams who have won our conference. It’s going to be challenging and tough, and that’s just part of it right now. It’s the growing pains. We are taking a lot of notes and learning a lot of things, and we did last year. Once our depth gets back up, I feel like we will be able to compete, and I think we will be there by the time we are able to play in the playoffs.”

One of the biggest challenges the FCS is facing in terms of the pandemic are not being able to get COVID-19 test results back quickly.

“It’s hard managing the people who don’t get the virus as opposed to the people who do. Right now we have seven guys that aren’t participating because they came in contact with someone who had it,” Willis said. “We got a phone call that two are negative, but we are waiting on the rest. When you have a big budget, you can get your results back quickly, but we can’t spend that on a constant basis. And when we play, we want to have the best against the best, so what happens if one team has 11 starters out with the virus and the other only has one? There are a lot of things to work out between now and the first game.”

Willis said he can understand moving football to the spring if it’s the last resort but knows it would be difficult.

“If that’s the last option, I am all for it because at least we got a football season in. But that’s not reallly what we want to do,” he said. “It’s not ideal, and there’s so many things that change there, especially the way we recruit. I think even at the highest level of play, they aren’t even considering it, but it could happen at the smaller level. We are hoping we can avoid that.”