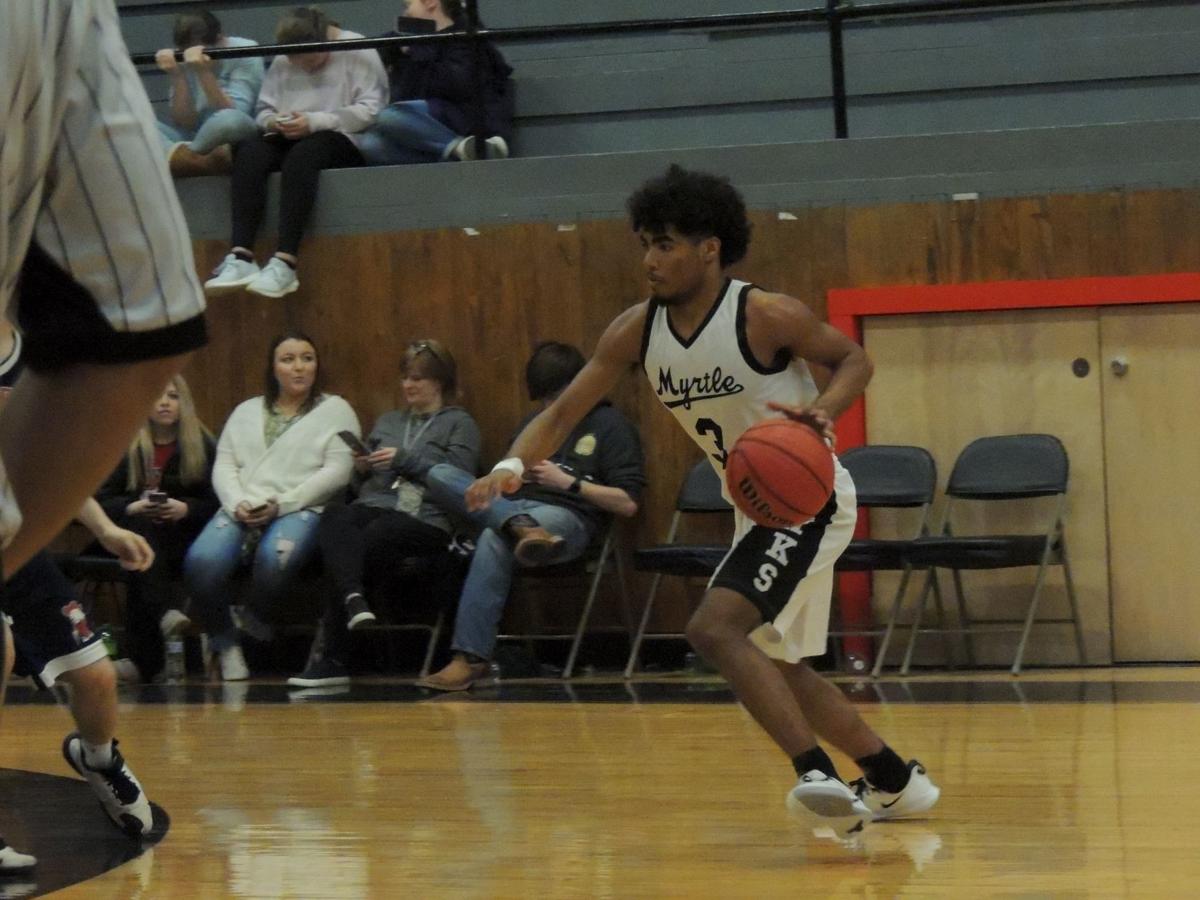 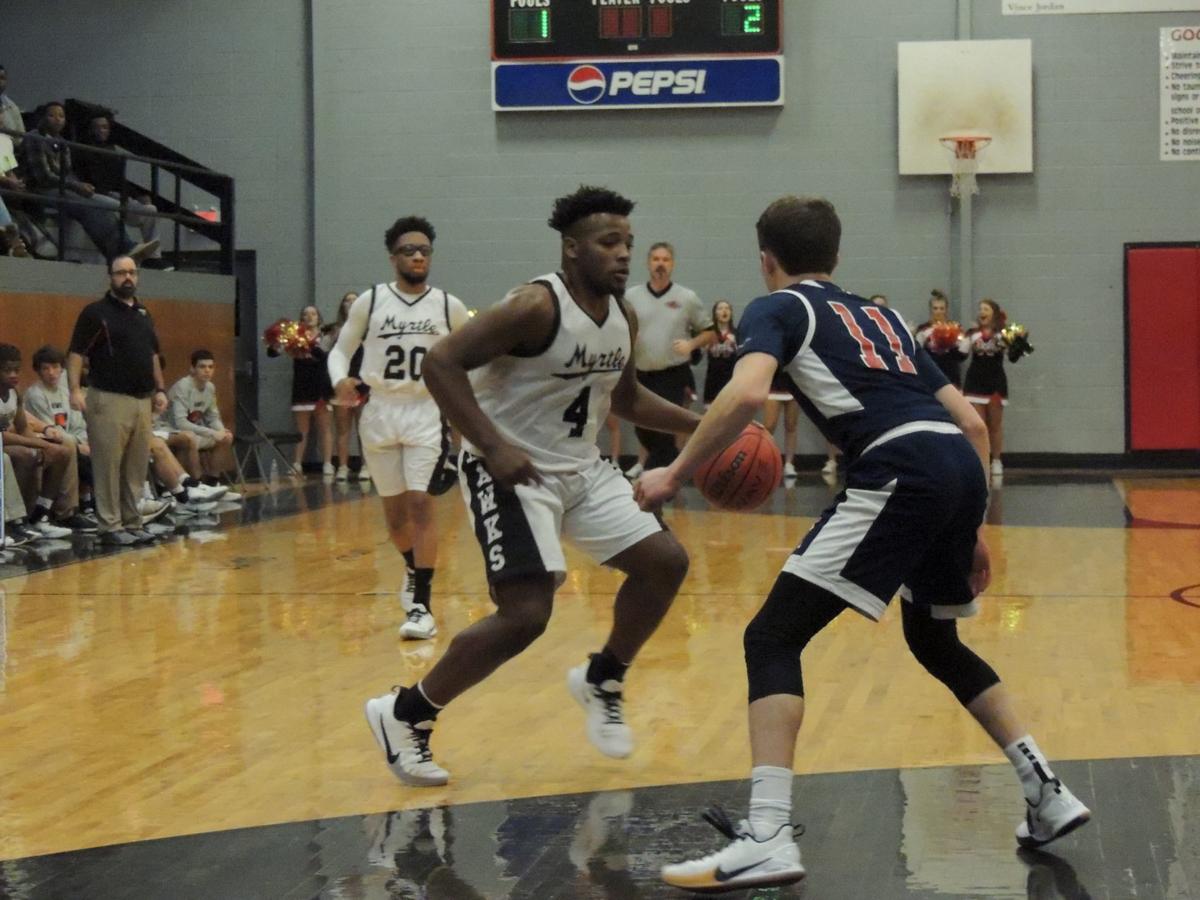 Myrtle's A.I. Nugent looks for a path to the basket in the first quarter against Hickory Flat. 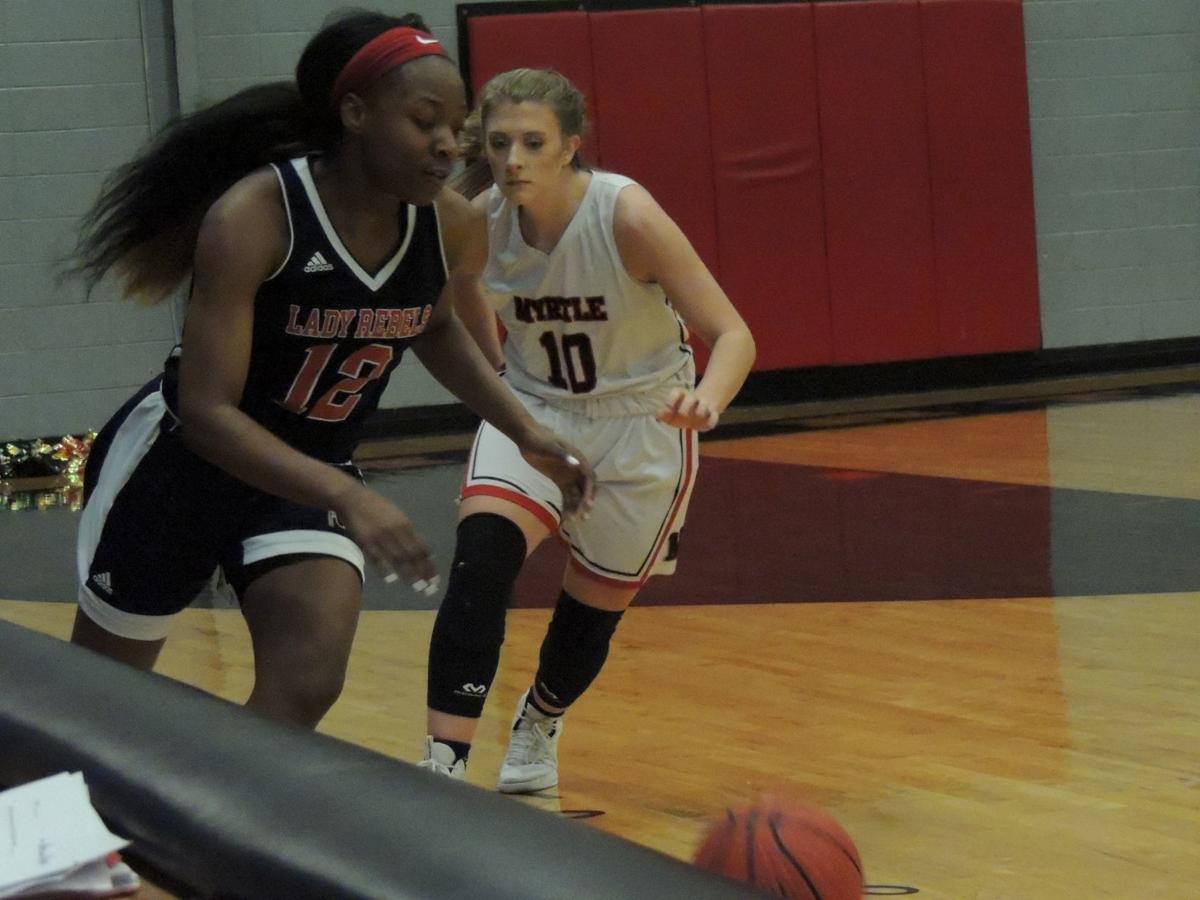 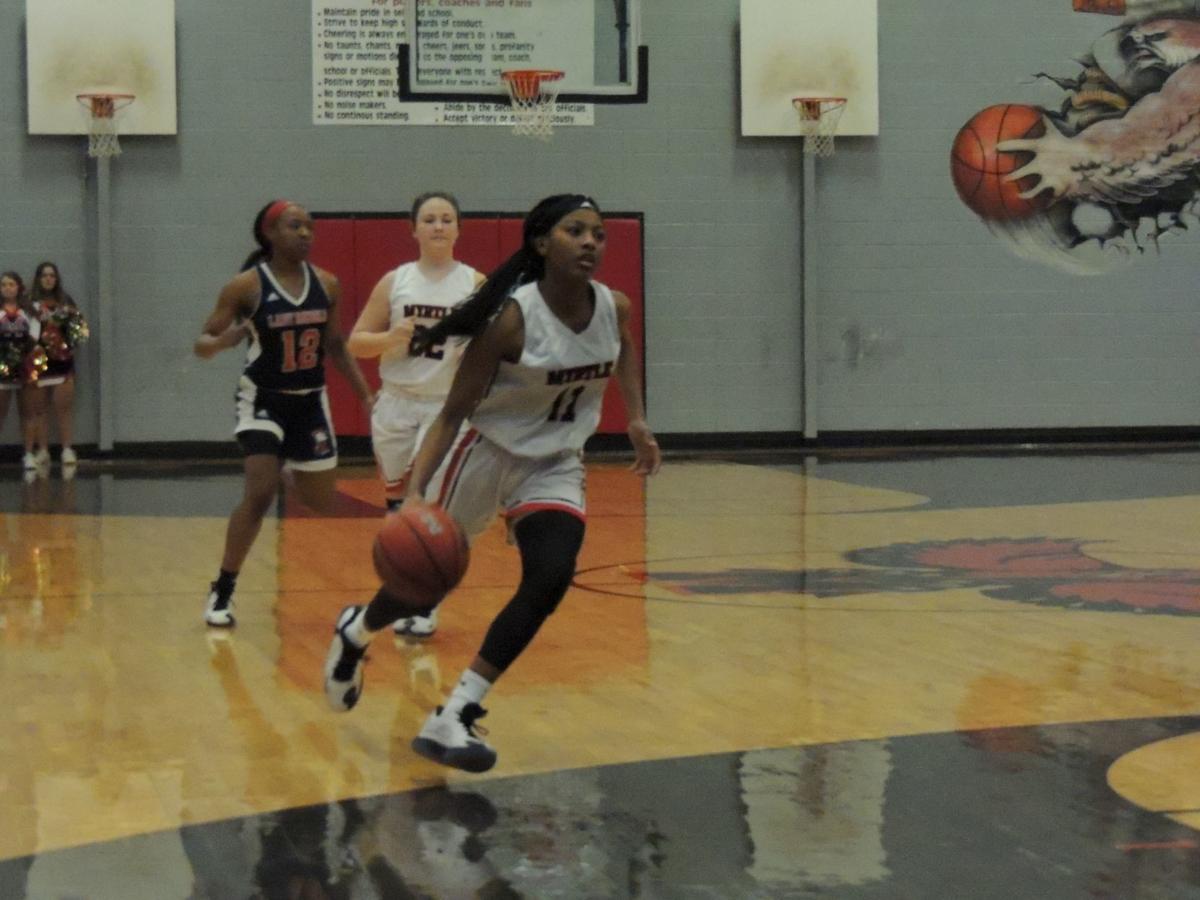 Myrtle's Raykiah Strickland heads down the court against Hickory Flat. 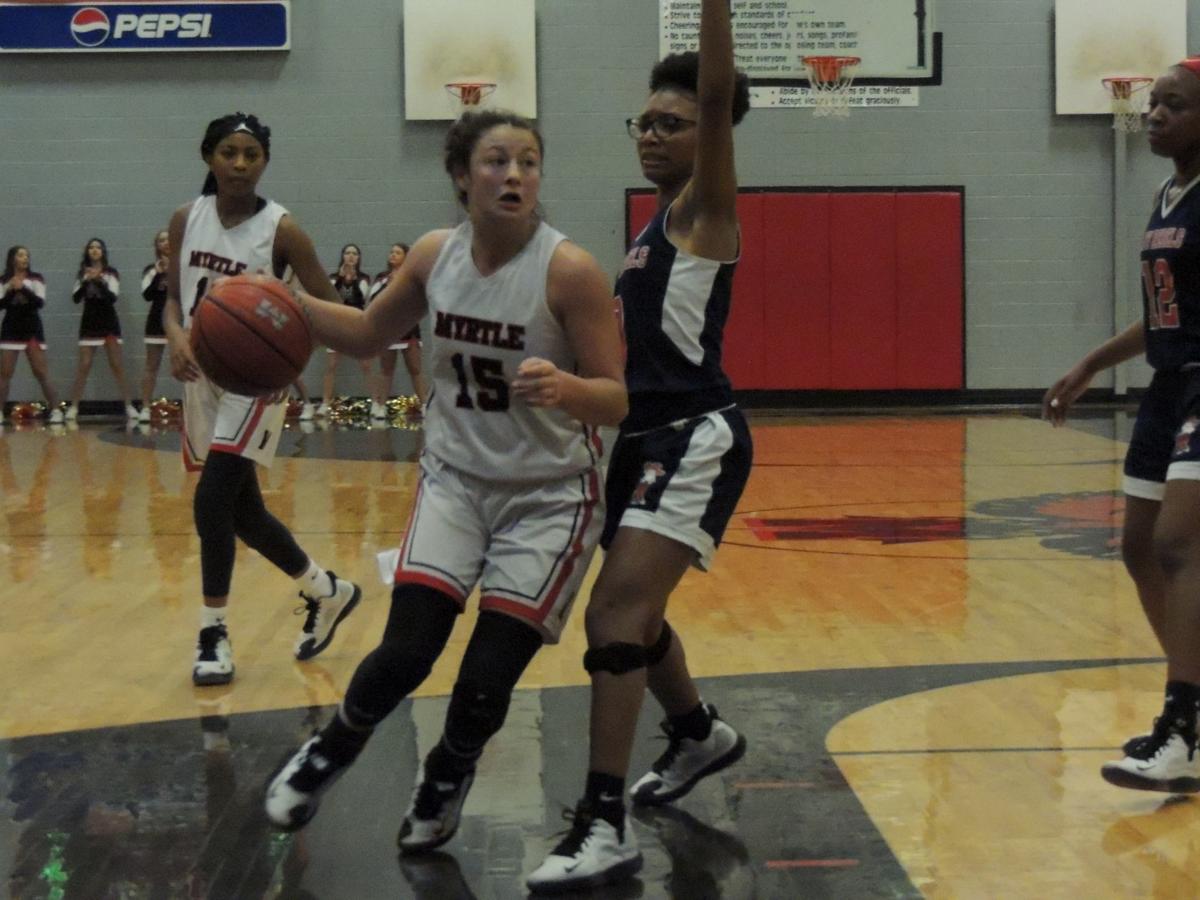 Myrtle's Kinsley Gordon drives in for a layup in the Lady Hawk's loss to Hickory Flat.

Myrtle's Hunter Baggett, right, defends against a Hickory Flat player in the second half.

Myrtle's A.I. Nugent looks for a path to the basket in the first quarter against Hickory Flat.

Myrtle's Raykiah Strickland heads down the court against Hickory Flat.

Myrtle's Kinsley Gordon drives in for a layup in the Lady Hawk's loss to Hickory Flat.

Gene Phelps |Special to the Gazette

Baggett scored 13 points and played his usual tenacious defense in his final regular-season home game Tuesday to lead the Hawks to a 69-47 Division 3-1A victory over Hickory Flat.

“This was my last game playing at home … just a big game,” Baggett said. “I try to keep everybody motivated, playing together as a team.”

Browning said Baggett, a baseball player with junior high basketball experience, came to him in August 2018 seeking an opportunity to tryout for the team.

“Hunter told me he really wanted to play,” Browning said. “He practices hard and plays even harder. He played really, really well tonight.”

Myrtle improved to 11-12 overall and to 5-4 in the division. The Hawks play their final division game Friday at county rival West Union.

A 3-pointer by sophomore guard Jaden Taylor and layup by Baggett helped Myrtle race to a 12-1 lead early. The Hawks led 17-5 following the first quarter and entered halftime up 39-22.

Hickory Flat rallied to within 10 points, 51-41, in the third quarter.

A pair of late 3-pointers by senior Greg Woods helped the Hawks clinch the win.

“We’re getting better the more we play,” Browning said. "We’re still not putting four quarters together. We had two really good quarters to start, skipped the third one for some reason, and played really well the fourth.”

Gordon, a sophomore guard, scored 34 points to lead the Lady Hawks. Of that total, 11 came in the fourth quarter as Myrtle battled back from a 12-point deficit.

Harris, despite fouling out with 4:47 remaining, scored 35 points. She scored a career-high 49 in an early game this season between the two teams.

The Lady Rebels sealed their win on a layup by freshman Dalayni Odom with four seconds remaining.

“It wasn’t our night,” Myrtle coach Chris Greer said. “I thought we battled. It was a tough game, but we’re getting better. Maybe we’ll get another chance at them.”