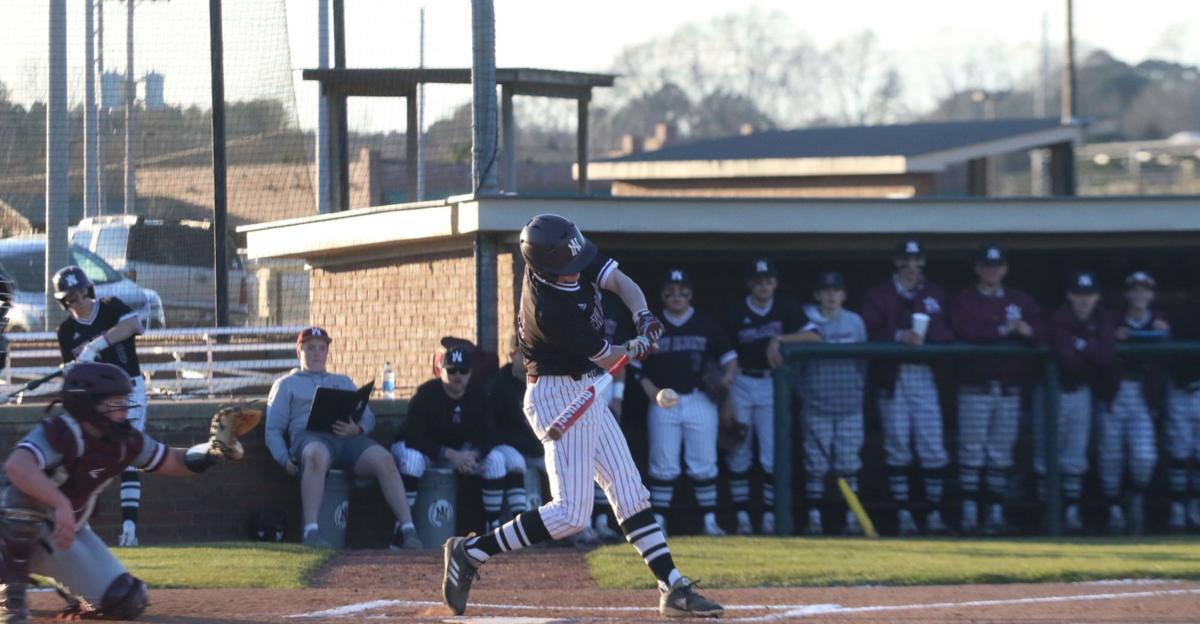 Mitchell Shettles barrels up on this Houston pitch and drives it to the left side. 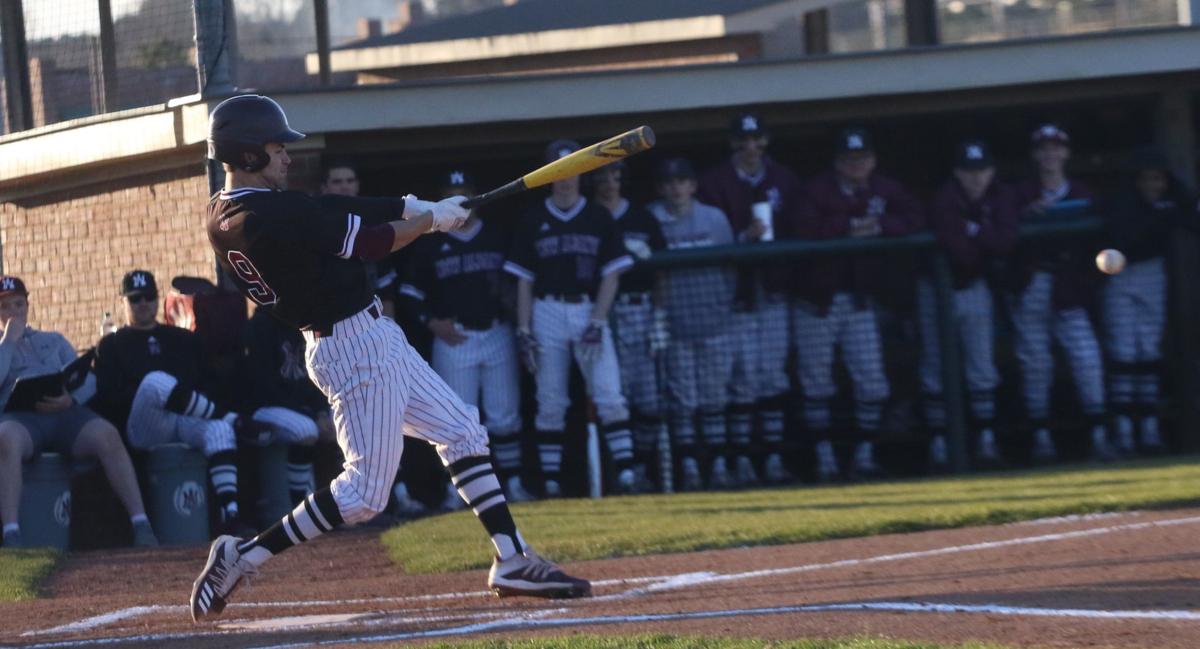 Collin Paul turns on this pitch and doubles for the Bulldogs on Friday.

Carson Gault is welcomed at home plate by Bulldog teammates after his three-run homer tied the game in the bottom of the fifth inning.

Mitchell Shettles barrels up on this Houston pitch and drives it to the left side.

Collin Paul turns on this pitch and doubles for the Bulldogs on Friday.

NEW ALBANY - The New Albany Bulldogs scored 11 unanswered runs in their last two at-bats to rally past Houston 13-6 on Friday.

Carson Gault launched a home run to left to tie the game in the bottom of the fifth at 6-6 after the Bulldogs began the inning on the short end of a 6-2 score.

Collin Paul led off the Bulldog sixth with a double and broke the tie as he scored on a passed ball. Parker Clayton was hit by pitch which allowed Micah Reed to score another run.

Charlie Lott followed with a RBI to plate Mitchell Shettles to extend the lead to 9-6.

Drew Vance hammered a pitch to left that drove in two more runs then Gault followed and reached on a dropped fly ball in center as another run scored.

"At that point we were already up four runs, so my mindset was to really hunt a pitch that I knew I could drive deep to put a few more runs onto our lead," Vance said. "The pitcher threw me a fastball which was what I was hunting.

"When I hit it, I knew I got good barrel on the ball so I really felt it jump off the bat when I made contact with it."

Lew Creekmore singled in two more runs to give the Bulldogs the 13-6 final verdict.

Vance was the starting pitcher and went five complete innings with no decision. He allowed six runs with only three of those runs earned on four hits and five walks while striking out nine.

"Early in the count, I was really trying to get ahead with my fastball so I wouldn't fall behind," Vance said. "My breaking stuff was working well for me so I knew if I got ahead then I could come with that to try to put them away."

Creekmore relieved and closed out the contest and picked up the win. He held Houston scoreless while striking out three.

Paul led the Bulldogs with two hits, both doubles. Gault and Vance had three RBI each while Creekmore had two.