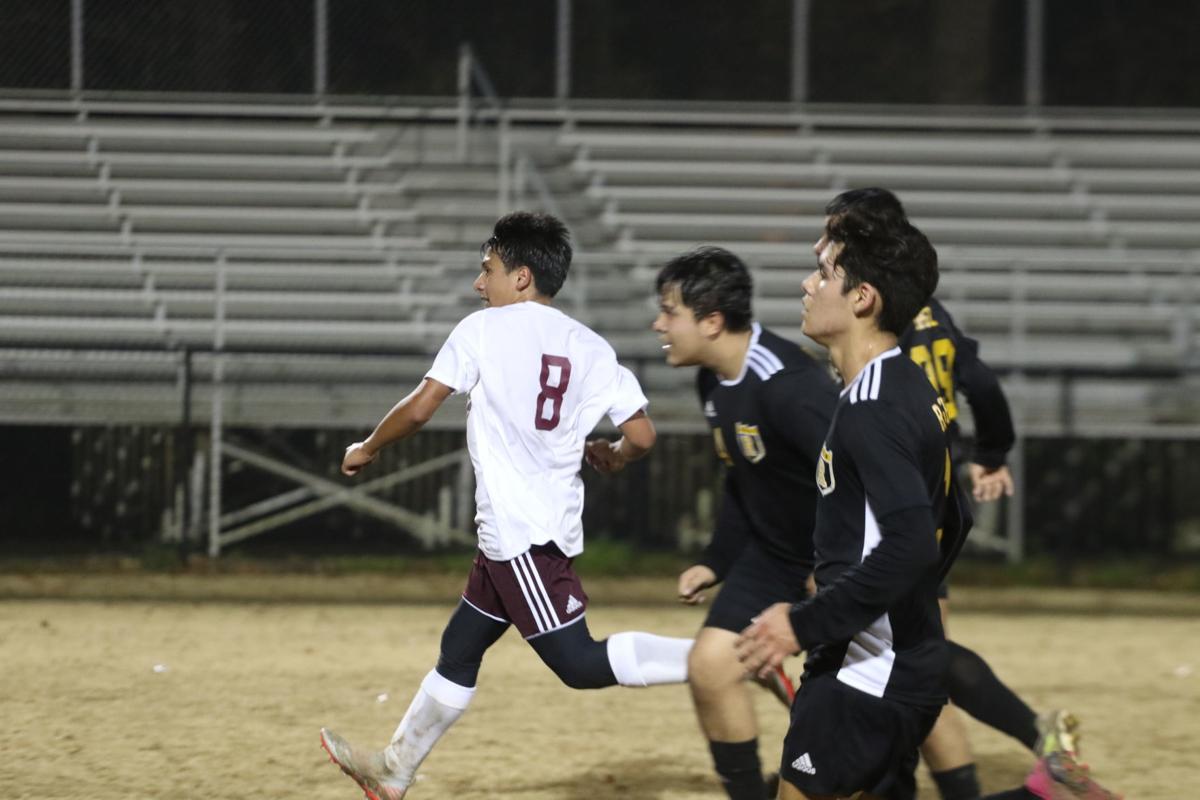 Eli Mejia races through the Ripley defense during the second half. 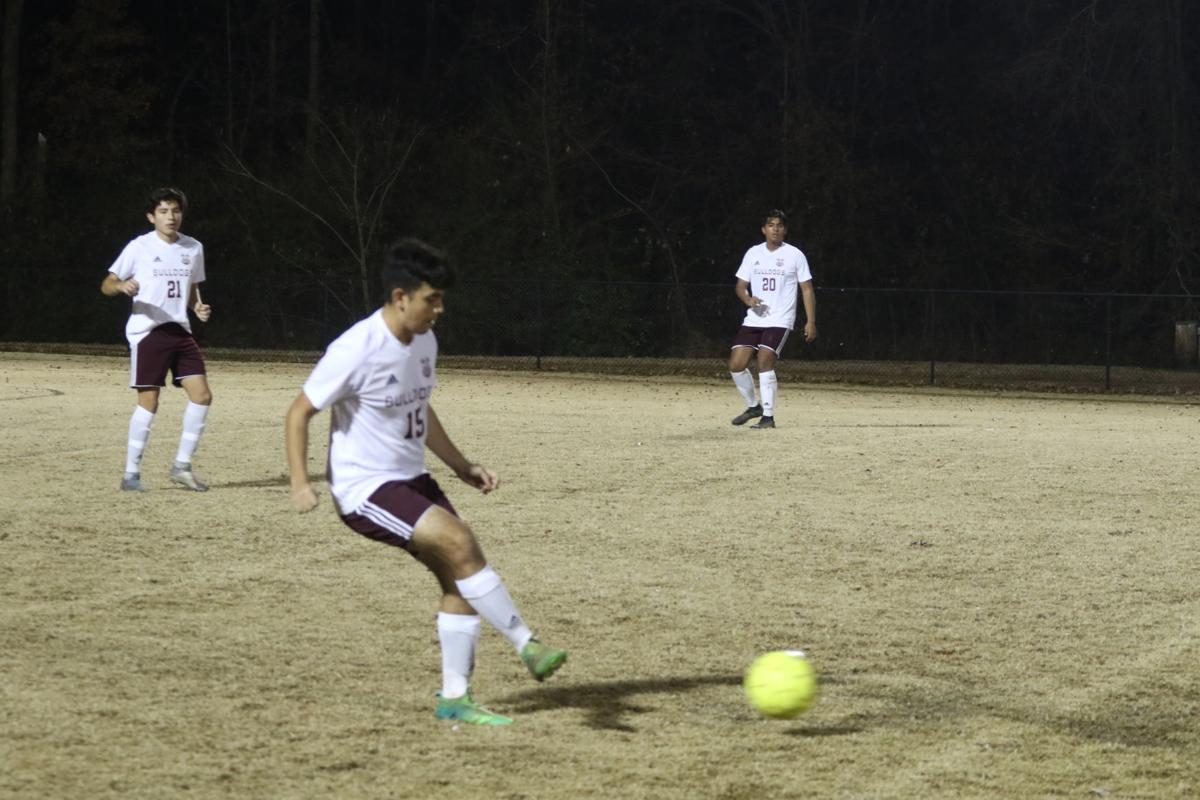 Leo Contreras passes the ball into space in front of the New Albany bench. 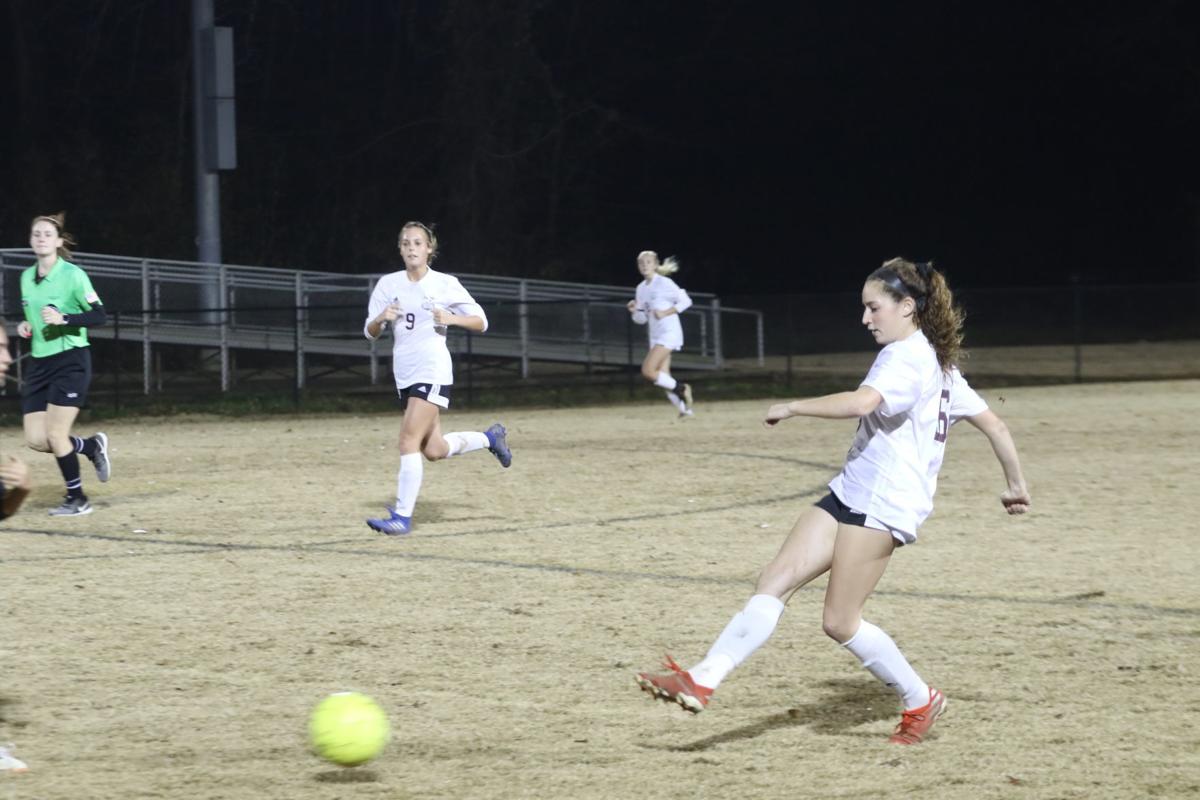 Caroline King plays the ball forward to a New Albany teammate as Lauren Whiteside (9) and Cameron Stout (2) follow the action. 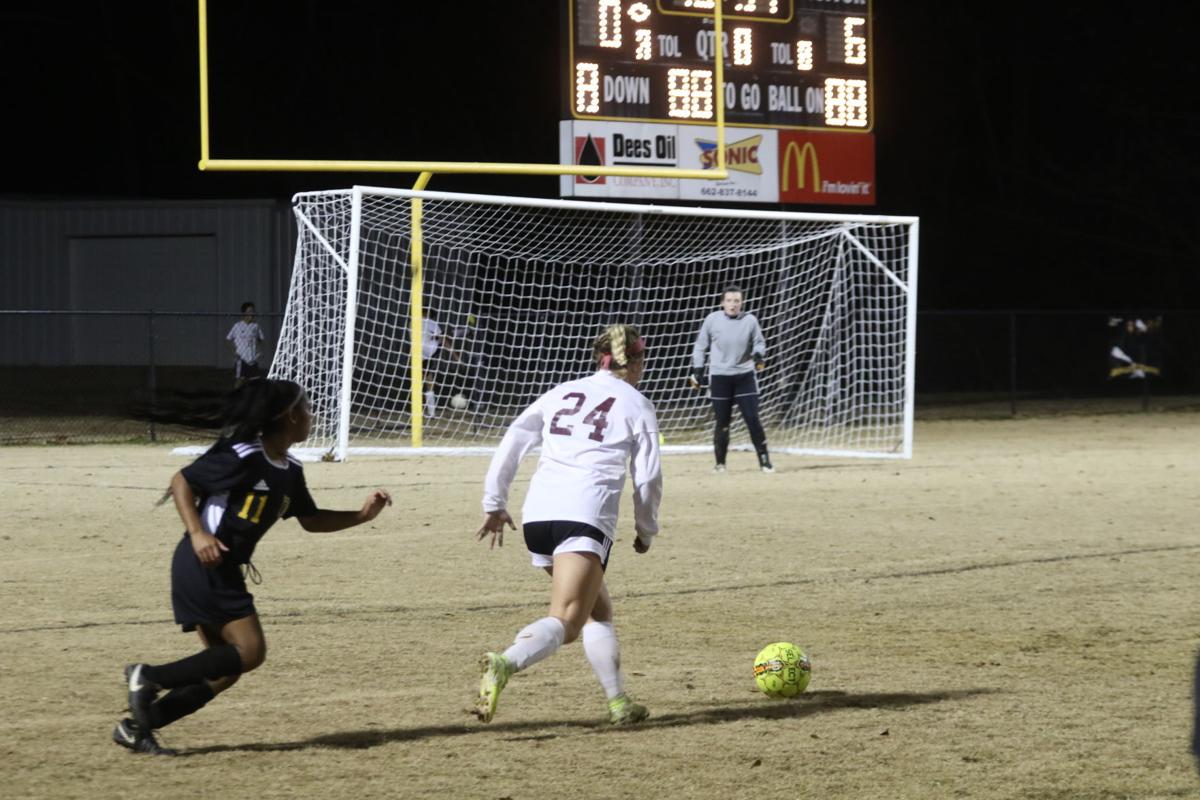 Annalyn Hogue had the hat trick for the Lady Bulldogs and is seen here making a move past a Ripley defender. 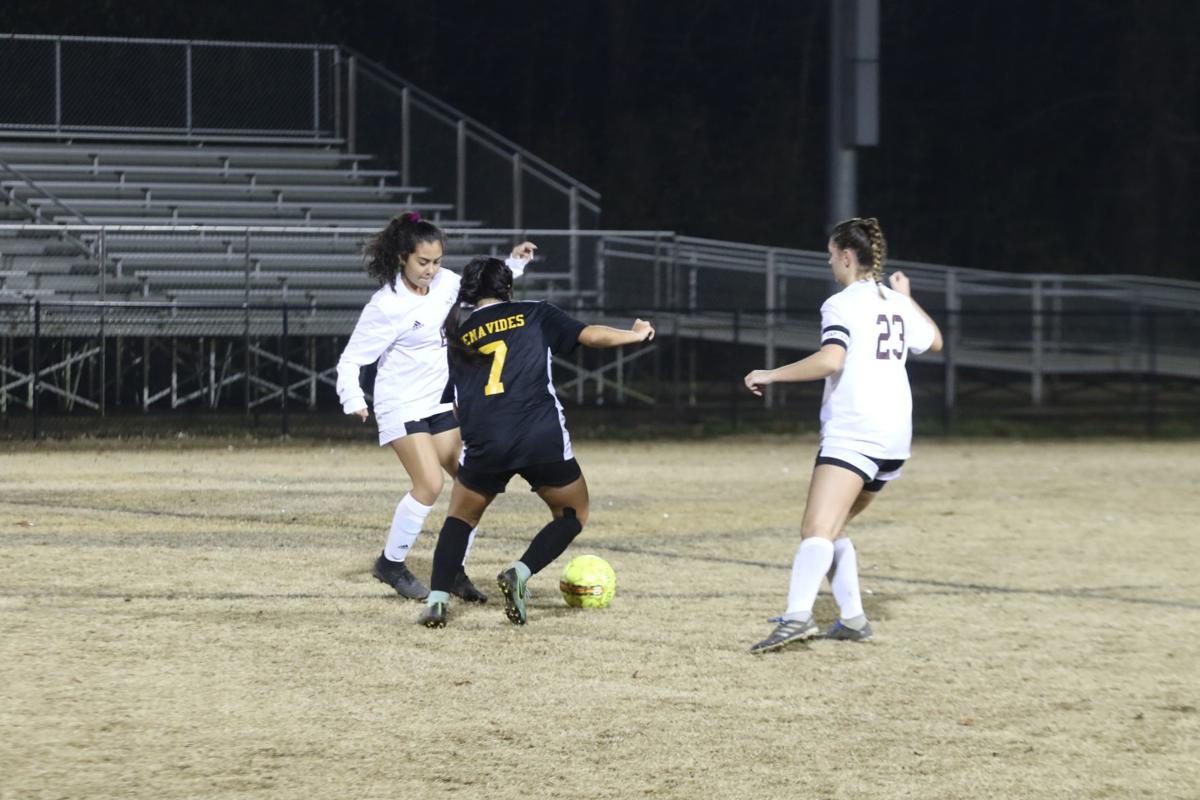 Amanda Contreras and Maggie Jo Everett hem in the Ripley player and take away the ball.

By Dennis Clayton Sports Editor
1 of 5

Eli Mejia races through the Ripley defense during the second half.

Leo Contreras passes the ball into space in front of the New Albany bench.

Caroline King plays the ball forward to a New Albany teammate as Lauren Whiteside (9) and Cameron Stout (2) follow the action.

Annalyn Hogue had the hat trick for the Lady Bulldogs and is seen here making a move past a Ripley defender.

Amanda Contreras and Maggie Jo Everett hem in the Ripley player and take away the ball.

RIPLEY - New Albany made the short drive up Highway 15 to take on a tough Ripley Tiger boys team and came away with a convincing 5-1 win in 1-4A soccer on Monday.

Max Spencer jump-started the Bulldog scoring with his goal in the seventh minute of play and Parker Clayton followed with another goal on the next trip down the pitch for New Albany to stake the Bulldogs to the early 2-0 lead.

"It was very good to get the early lead because it set the tone for the whole match and this is one of our biggest rivalries in our division, so it was a good thing that we set the tone and we got more hyped up at the beginning," Spencer said. "I just gave it all I got and got the ball in there, it wasn't a fancy goal, but it was a goal, so that's all that matters."

Eli Mejia scored in the 31st minute to extend the lead to 3-0 for the Bulldogs and a Ripley foul inside the box set up a penalty kick opportunity in the 36th minute. Brian Romero found net inside the left post and the Bulldogs went to the half leading 4-0.

"I am a huge fan of 'high pressure' defending across the field and I think our boys did a fantastic job of it last night," New Albany coach Caryl Vogel. "Those two goals helped settle the boys in, but I think it also gave them a bit of a spark to push harder. Ripley is a very well coached team with strong players, those goals helped us settle in and disrupt their play a bit. "

Romero added another PK goal in the second half on a second foul in the box by the Tigers and New Albany went up 5-0.

"Ripley played in a system very similar to ours, but with a different style of play," Vogel said. "In games I've seen them play this year, they have dominated possession in the midfield. One of our keys to the night was to try and disrupt that."

New Albany won the majority of 50/50 balls on the night and Vogel stressed the importance of that as one of the keys to the win.

"Marty Pettit, my high school soccer coach, always told us games are won by which teams wins the most 50/50 balls (balls that each team has an equal chance to win)," he said. "Our midfield and back four did a great job of winning those all night and allowing us to stay on the front foot. I was very pleased with the way they played."

Ripley scored their lone goal at the close of the match and New Albany went home a winner at 5-1.

Uriel Aquirre and Spencer had an assist on the night.

New Albany is in sole possession of first place in 1-4A with the win at 2-0.

Annalyn Hogue had the hat trick (3 goals) to lead New Albany to their second division win in the Lady Bulldogs 7-0 win in the opener on Monday.

Hogue scored the first two goals for New Albany in the second and 14th for the 2-0 lead.

Sami Jo Doyle picked up the scoring and found net for the next two goals in the 28th and 32nd minute to raise the lead to 4-0.

Hogue completed the hat trick in the 36th minute and New Albany went to half leading 5-0.

Katherine Gonzalez connected on a goal in the 59 minute for the 6-0 lead and Rosa Lopez scored the mercy rule goal to end the contest at 7-0 in the 74th minute.