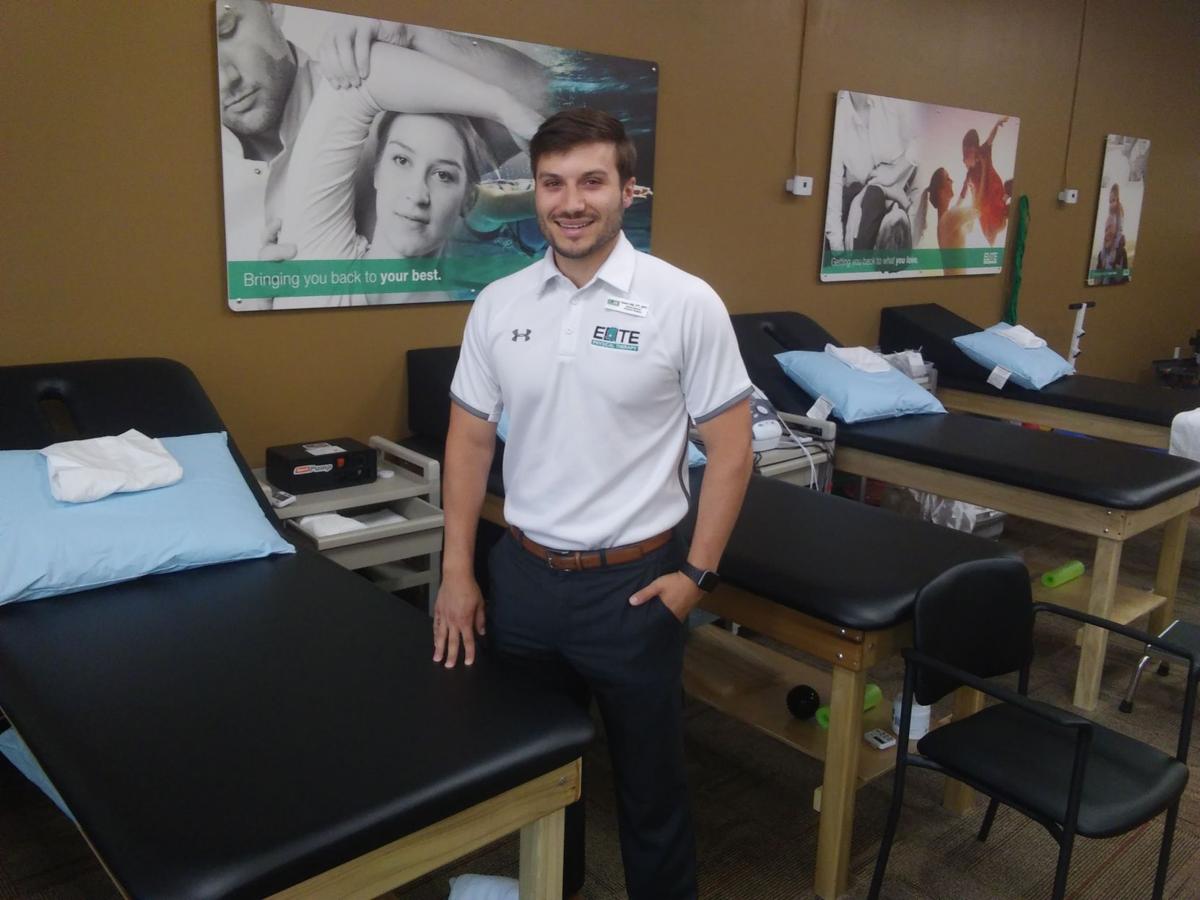 Kent Hill is the clinic director at Elite Physical Therapy in New Albany. 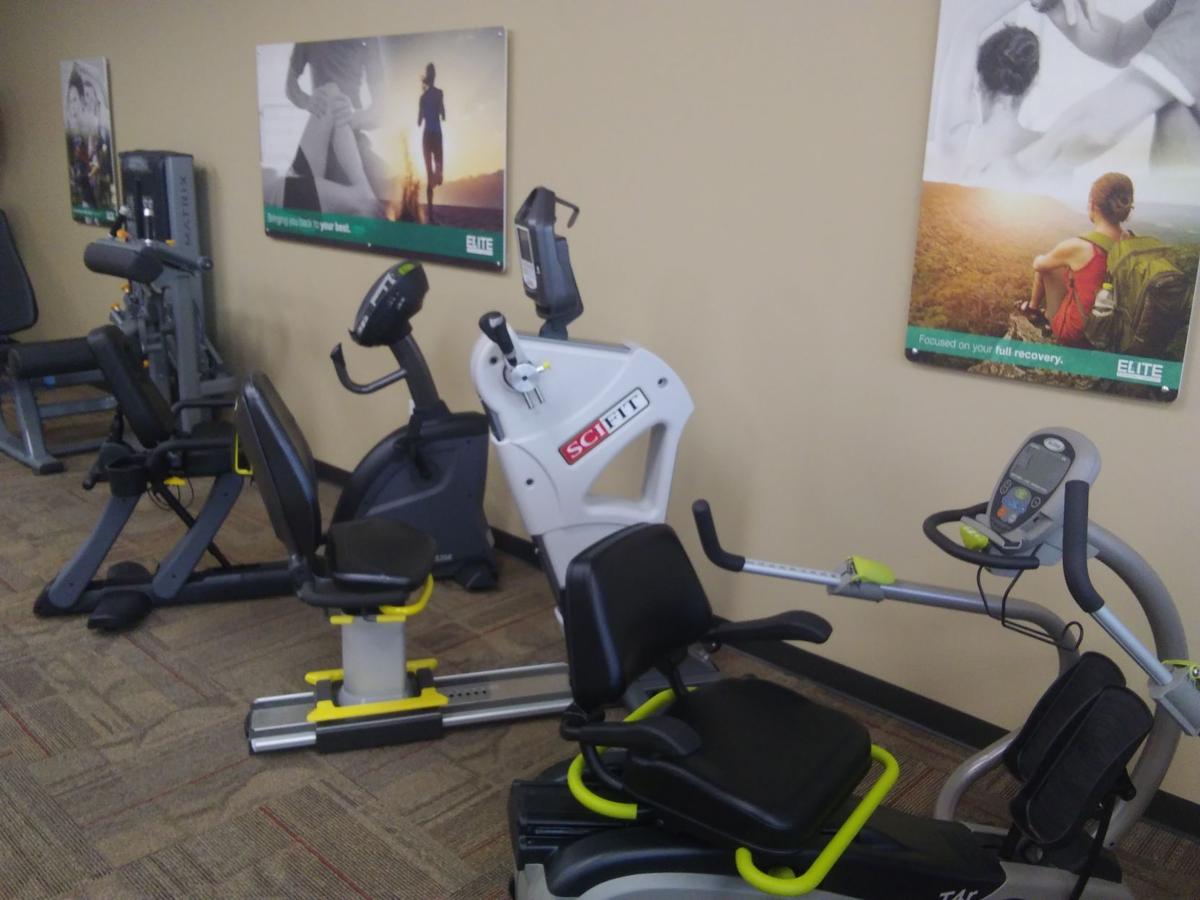 Various types of equipment are available at Elite Physical Therapy. 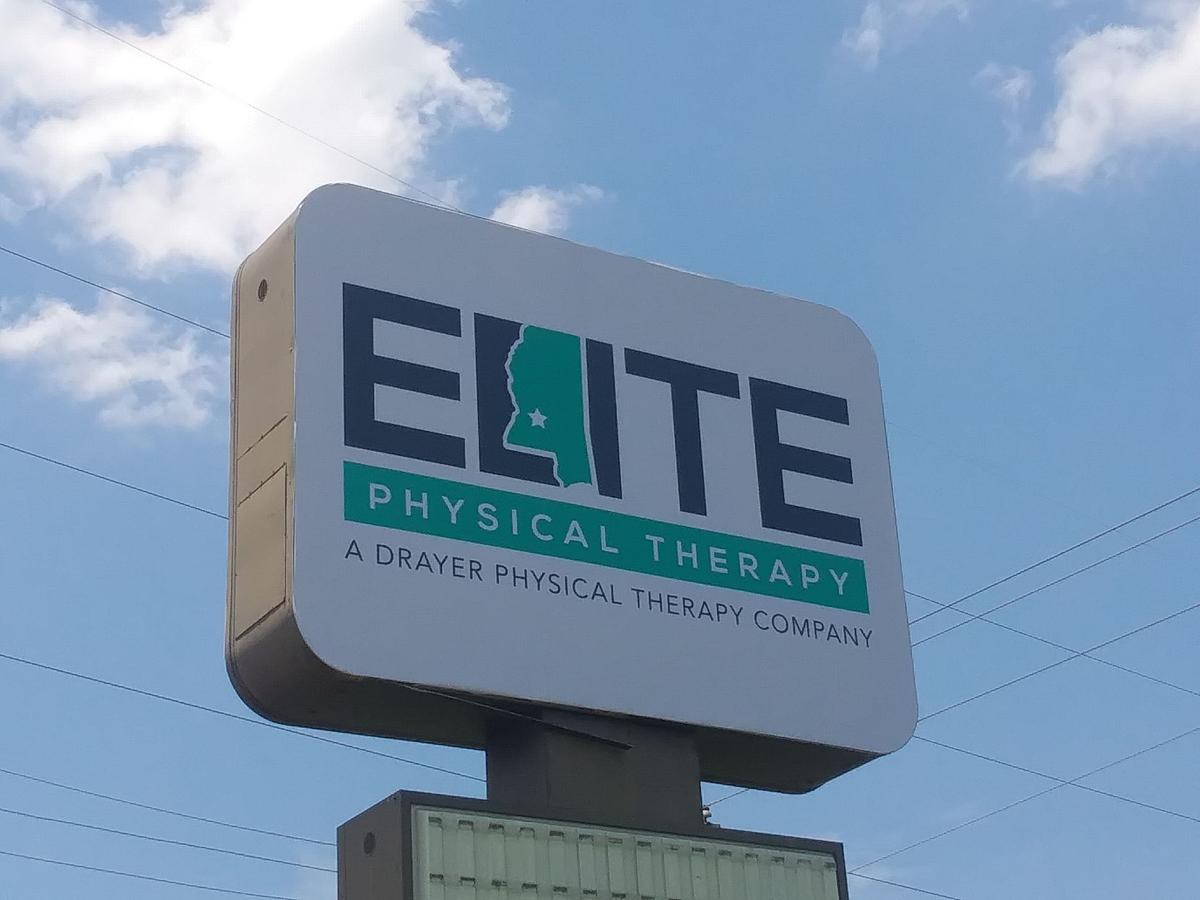 Kent Hill is the clinic director at Elite Physical Therapy in New Albany.

Various types of equipment are available at Elite Physical Therapy.

Physical therapy can also have a big impact on someone’s mental state, especially when it comes to regaining confidence and quality of life, said Kent Hill.

Hill is a doctor of physical therapy and the clinic director at Elite Physical Therapy in New Albany.

Elite Physical Therapy, which opened in New Albany in February, offers multiple types of therapy and has grown a lot in the last month, Hill said.

“This town has supported it really well so far,” he added.

Elite Physical Therapy has about 30 clinics around the state, including in Tupelo and Oxford.

Hill treats a wide age range of patients with his youngest being 9 and his oldest 84.

“You really get an opportunity to treat people across lifespan,” he noted. “We get to see a lot in here, treat a lot in here.”

For instance, he may treat a 14-year-old who plays sports and an older person who is having issues with dizziness and falls.

“We do a lot of fall prevention programs in here,” Hill said.

Prior to coming to Elite Physical Therapy in New Albany he worked at the Oxford clinic for two years. He got to work with a lot of good orthopedic doctors as well as young athletes.

Working in a busy place like Oxford allowed him to grow his “knowledge base.” With Oxford being a college town as well as a retirement community, he saw many different issues, he said.

After two years working in Oxford, he knew he wanted to open a clinic in New Albany. He grew up a Navy kid moving around the country and graduated high school in Lafayette County.

“I’ve been from California to Washington, D.C.,” he said, adding that he went to about 10 different schools growing up.

He always liked New Albany, saying it has a good small town feel without being a super small town.

Hill, who lives in Ingomar, is married to Livvy, and they have an 11-month-old daughter, Ada. His wife is a physical therapy assistant at Union County Health and Rehab.

He attended Ole Miss where he earned his bachelor’s degree in exercise science and biology. He then went to the University of Tennessee’s Health Science Center in Memphis where he got his doctorate in physical therapy.

He offers many different types of physical therapy, such as vestibular rehabilitation, which is for people having trouble with balance, dizziness and vertigo. He also treats chronic pain conditions.

Another service he offers is McConnell taping, which helps with posture correction, instability within the knee and ankle sprains. The Mulligan technique involves working on painful and stiff joints to help people move more easily, and McKenzie exercises can be used for low back pain.

“I use a lot of exercise therapy in here,” Hill said.

Physical therapy is a cost-effective way for people to feel better in the long term, he added.

He uses some and ice and heat in treatment, and usually his goal is to get people moving. He wants to teach them how to “control their own pain and be in control of their bodies.” He wants patients to be self sufficient so they can move on with their lives.

He may spend anywhere from four to 20 weeks with patients depending on what their issues are.

“I really get to know the people that I work with, and it’s really a rewarding experience to watch them improve,” Hill said.

It is a journey going through the ups and downs with the patients through the physical therapy process, he noted.

“I really enjoy getting to be a part of that,” he said.

Teaching people to regain confidence is part of what he does, and he practices an evidence-based form of physical therapy. Having an “individualized” program for people is important, he added.

“I feel like I bring a little different type of physical therapy,” he said. “I think that leads to better outcomes for the patients too.”

The clinic, which was remodeled prior to opening, has a wide array of equipment for the patients to use. The clinic also has an open floorplan, which provides space to do agility drills and other forms of sports medicine.

It is important to keep the patients motivated as they go through their physical therapy journey. Physical therapy has a lot of cognitive therapy involved with it, he noted.

The patient’s ultimate goal may be to play sports again, work in the yard or play with grandchildren. He wants the patient to be an active participant in setting those goals.

There can be frustrating days and setbacks during physical therapy, he said. But ultimately he thinks people see the benefit of physical therapy if they are consistent and stick with it.

Most physical therapy treatment plans last from four to eight weeks unless it is a post-operative treatment, such as recovering from an ACL surgery, he said.

During physical therapy, Hill always tries to show the patient empathy and also be encouraging, motivating and positive, he said. He works to be very active within the patient’s treatment and make sure they are performing exercises correctly.

His favorite part about working as a physical therapist is engaging with the patients. He said he becomes invested in their goals.

“I get to be a participant in their progress,” Hill said, adding that he wants the patients’ quality of life to improve.

In his spare time, Hill enjoys exercising, working around the house, bike riding on the Tangelfoot Trail and staying active in church.

Elite Physical Therapy takes almost all types of insurance, as well as Medicare and Medicaid.

“I believe true physical therapy is what happens here, and I think that makes the difference for patients,” said Hill.