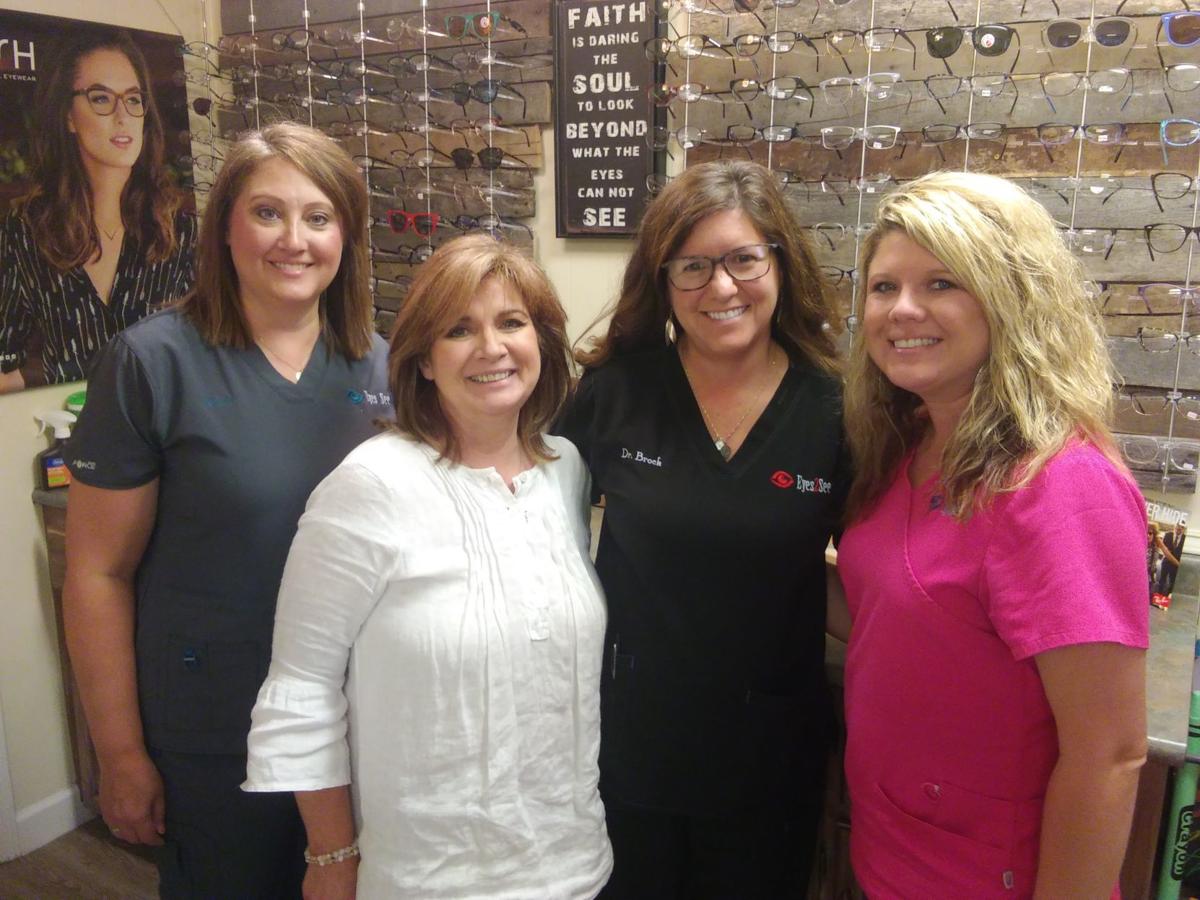 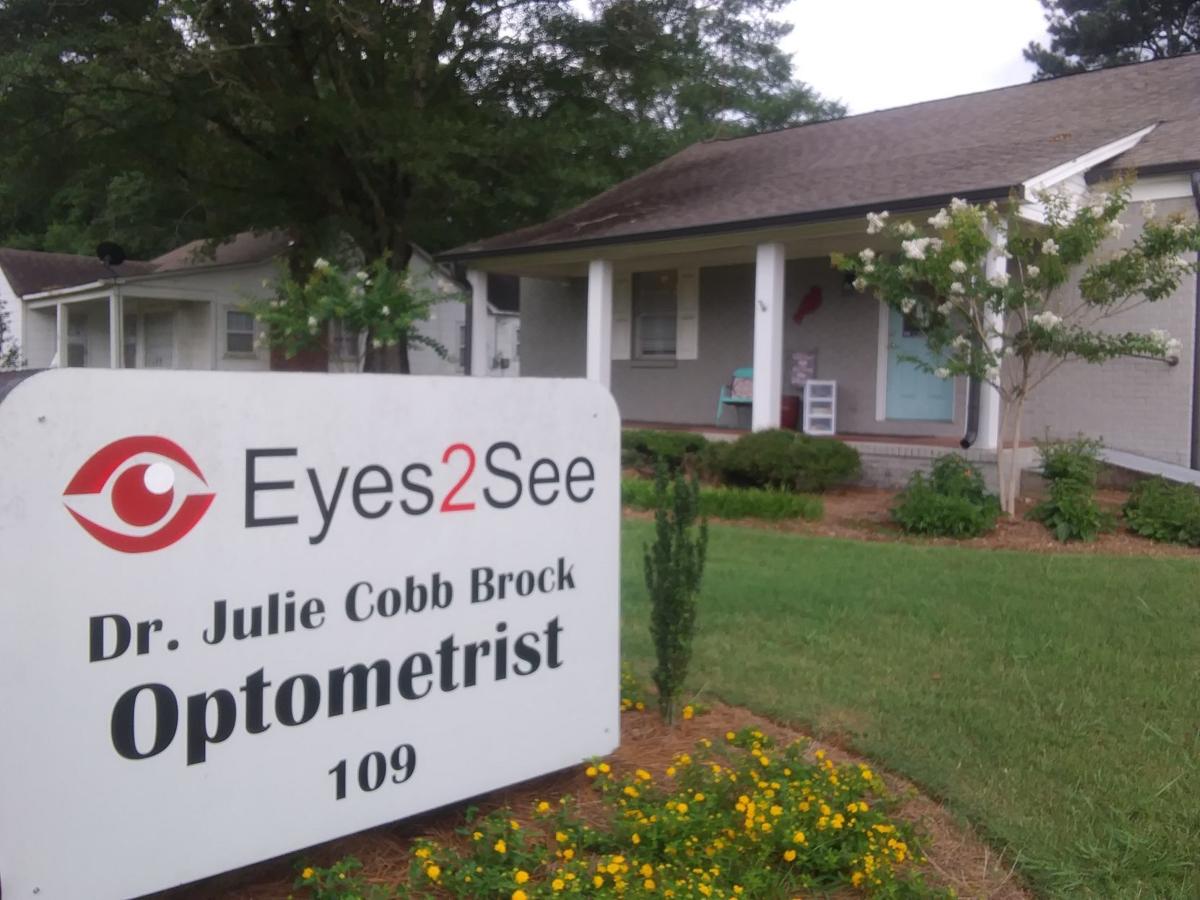 Brock, who grew up in Ingomar, has owned the clinic for several years. Prior to Brock opening the clinic, Dr. Robin Bostwick practiced there for more than 40 years. Dr. Bostwick passed away in 2015, and Brock reopened the clinic in January 2017.

Brock’s name for her clinic, Eyes2See, comes from the Bible. In fact, a strong faith in Jesus Christ is one of the guiding principles for the clinic. In the lobby of the clinic are stacks of Bibles in different languages and Bibles for children. The Bibles are free for anyone who needs or wants one.

Brock graduated optometry school from Southern College in Memphis about 20 years ago. After she graduated, she mainly worked in the Tupelo area and then opened an eye clinic in Saltillo in 2006. She sold the clinic in 2011 when she had her son so she could spend more time with her family.

She never intended on owning another business again. But she felt as though there was a purpose behind opening Eyes2See. The clinic forms relationships with the patients, and Brock hopes they feel encouraged.

She wants the patients to feel as though they have really been seen, listened to and heard. People live in a time of so much busyness and confusion, she noted. She tries to stop and listen to others and be present and available for them.

Maintaining a simple, homelike atmosphere at the clinic is refreshing for people because they do not feel as though they are just a number being herded through, Brock said. Eyes2See provides personalized service.

“That’s the part I enjoy—getting to know people,” said Brock. “That’s a joy to me.”

Family is very important to Brock, who has been married to her husband, Chris, for 25 years. They live at West Union and have two children, Bella 15, and Brody, 8.

Brock graduated from Ingomar Attendance Center in 1993 and then attended Ole Miss where she earned her bachelor’s of science degree before going to optometry school.

Owning a clinic can be challenging at times, but people are very supportive, she said.

“They really do try to support local business more than anything I’ve ever seen or experienced,” Brock said, adding that people here are very kind, loyal and encouraging. “I have some of the best patients in the world.”

She gets attached to the patients, which makes other aspects of business, such as insurance, easier to deal with.

She believes in following God’s way as best as humanly possible. The clinic has given the Bibles away for a couple of years.

“It was something I was kind of hesitant about and felt like I should do and finally did,” Brock said.

When she started giving the Bibles away, others wanted to help with the cause.

“We just make them (Bibles) available,” she said.

She has had the blessing and the privilege of providing eyecare on mission trips to Nicaragua and Nigeria in the past but believes Jesus is on a mission through our daily lives together.

Eyes2See has a wide age range of patients. It offers screenings for babies and has some patients that are getting close to 100. The patients make her smile.

“We have a lot to learn if we would listen to people,” Brock said.

She enjoys this type of work, particularly getting to meet people and hear their stories. She noted that being able to see is a quality of life issue. With everything going on in the world, it is rewarding to make someone smile or feel better, she said. It could be as simple as making an adjustment to a set of eyeglass frames.

Preventative eye health is a big part of what the clinic does, especially when it comes to diabetes. People could be at risk of losing their vision and not have any symptoms. People do not have sensory pain fibers on the inside of their eyes. Eye problems can also be an indicator for overall health, including stroke risk.

For instance, a person could have melanoma in the retina and not know it. Retinal detachments are only symptomatic about 50 percent of the time.

Brock said she wanted to become an optometrist to help others, and she wanted a career that would balance well with family life.

“I think it’s a good field for family life,” she said.

Eyes2See offers comprehensive eye health, diagnosis and treatment of eye disease and surgery co-management.  The clinic also fits eyeglasses and contact lenses, including specialty contact lenses. A wide selection of eyeglass frames is also available, and the clinic keeps up with technology. The clinic also has very good employees who are like family, she said.

“They’re a joy to work with,” said Brock, adding that they are caring, kind and fun. “I think we make a good team.”

The clinic is open Monday through Thursday from 8:30 a.m. to 4:30 p.m. Most vision plans as well as Medicare are accepted.