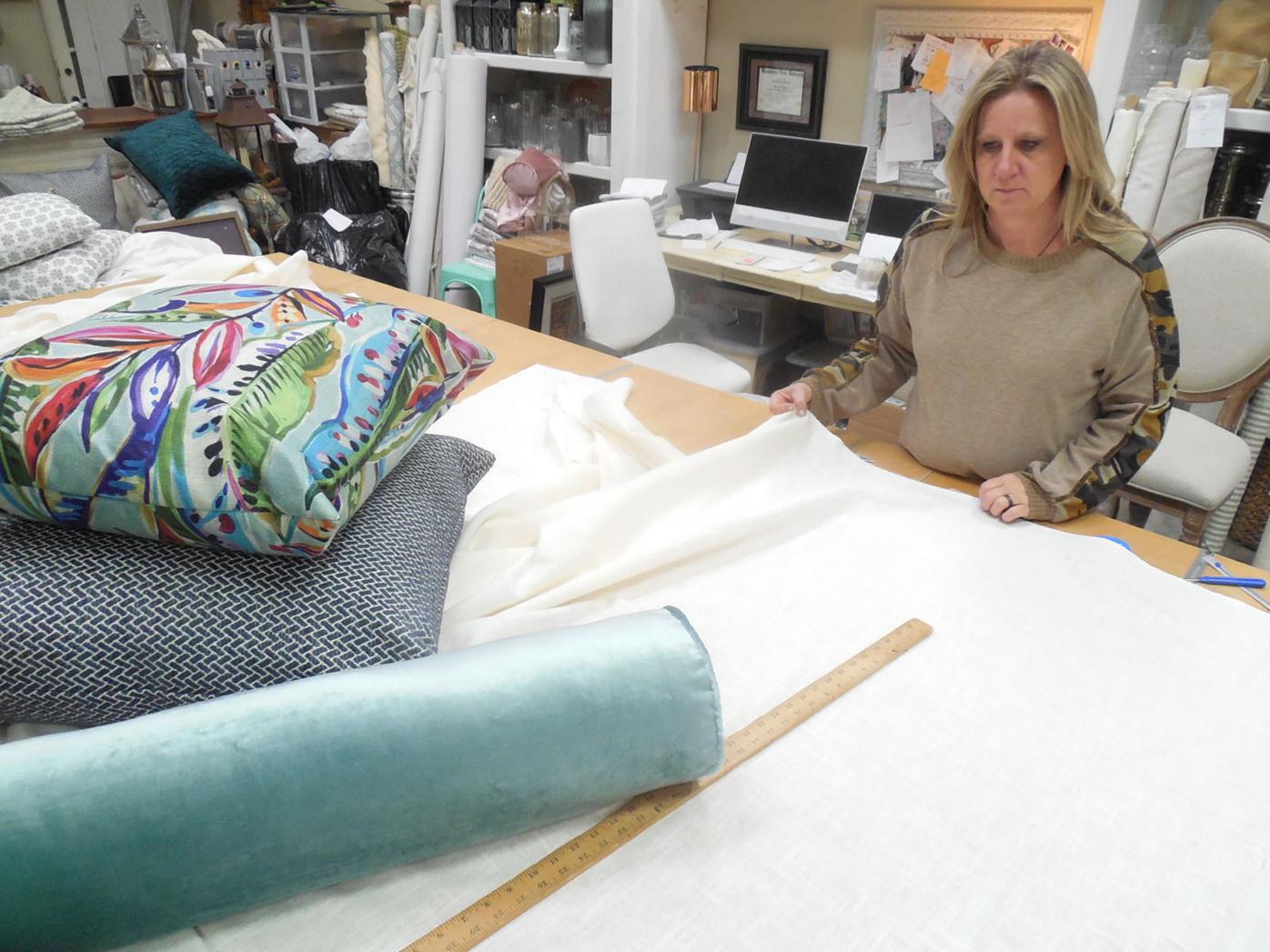 Tabatha Coker, co-owner of MODA in downtown New Albany, works on a set of drapes. 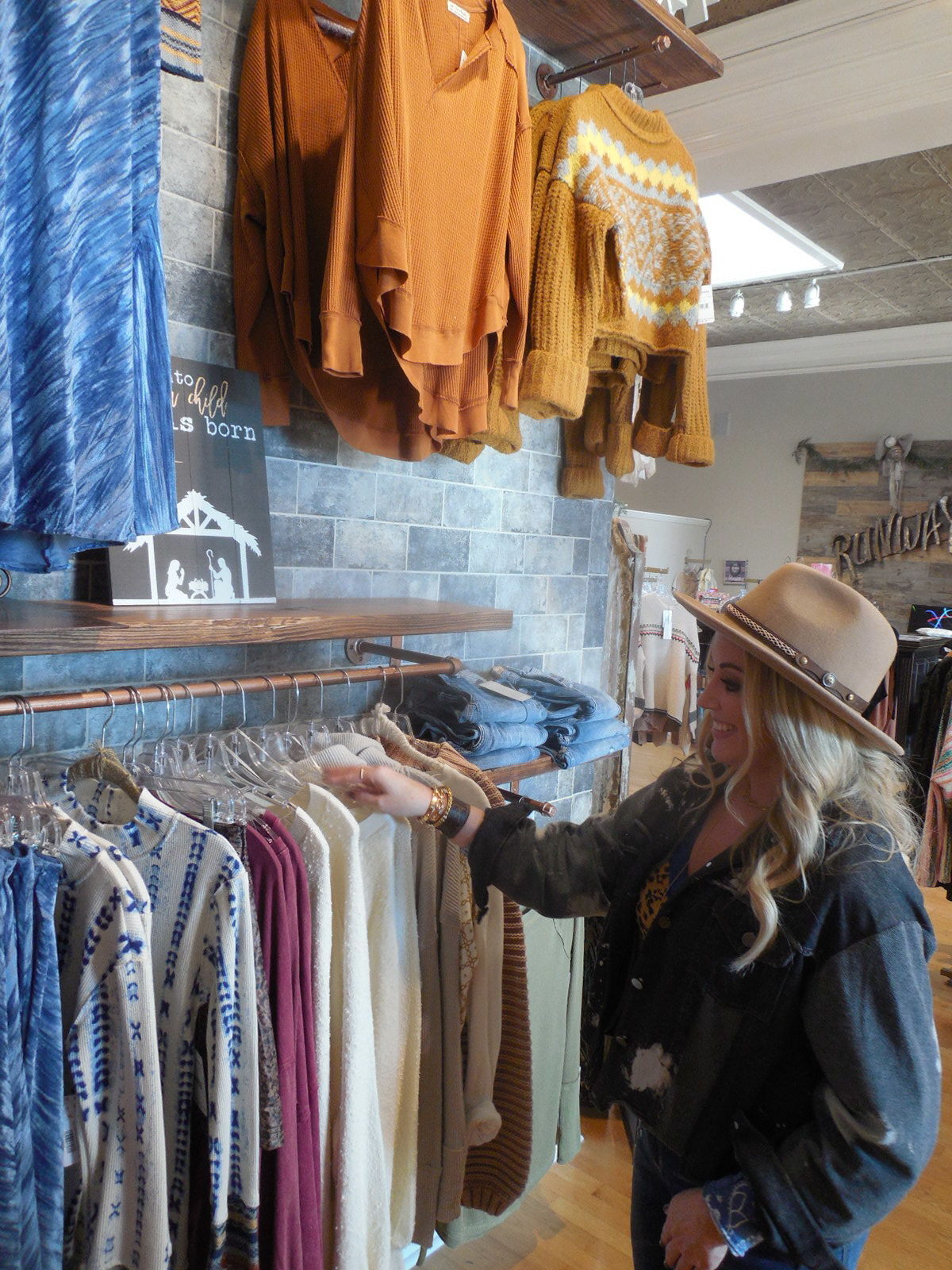 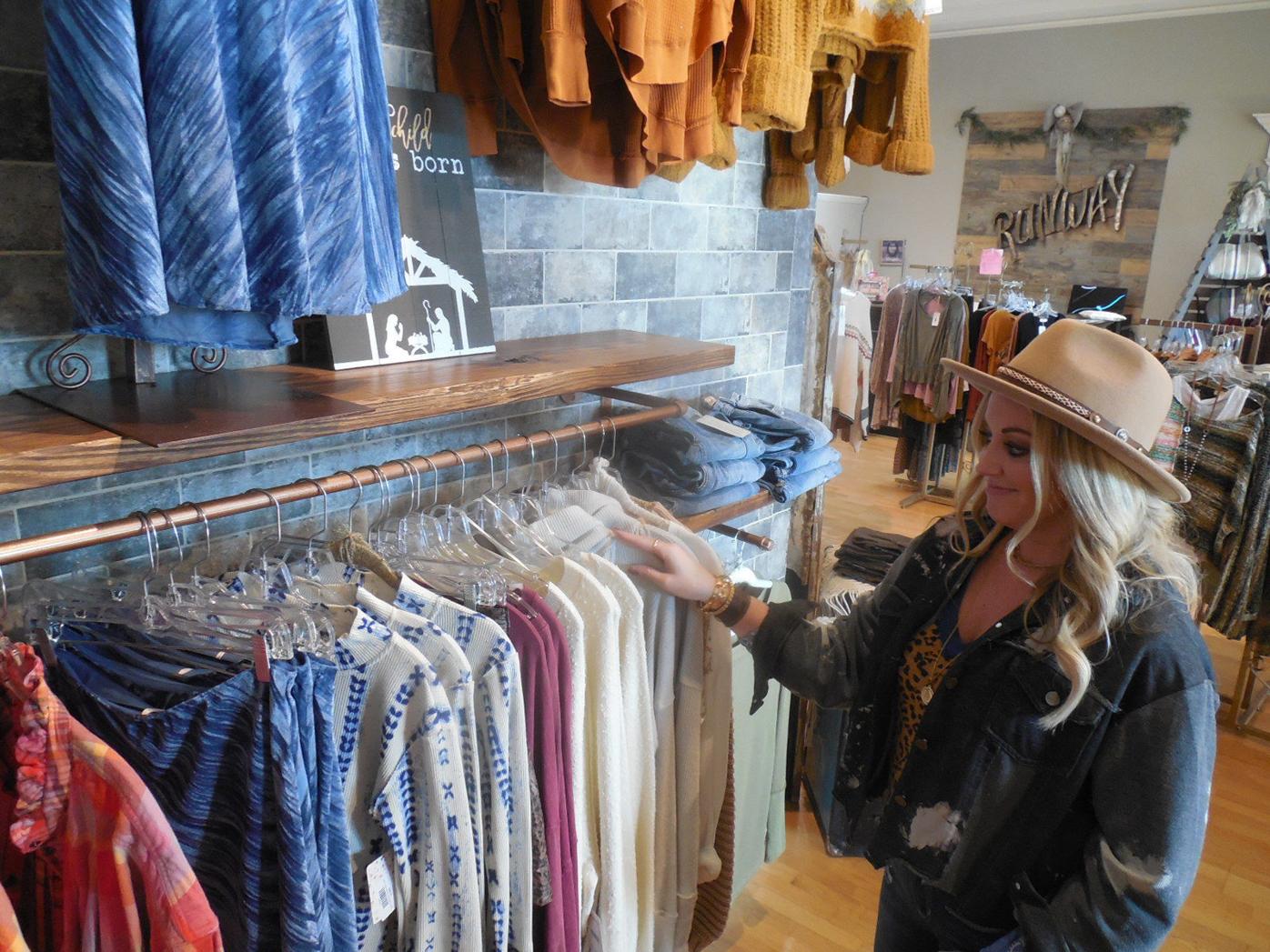 Tabatha Coker, co-owner of MODA in downtown New Albany, works on a set of drapes.

Keri Stout, owner of Runway Boutique, said sales at her business have been “really good” and that her store has been “very busy.”

Runway Boutique has been selling a lot of initial necklaces, handbags, loungewear and other clothes. The business, which has been open for 10 years, sells “pretty much everything a woman would need,” Stout added.

She was initially concerned that Covid-19 could have hurt sales, but she feels as though people have stepped up to support local businesses and that the year will end on a high note.

“I think it’s going to be as good as it’s ever been,” Stout said. “People are shopping. They’re ready to get out and ready to find some normalcy during the holidays I think.”

She said people come from places such as Memphis and Tupelo to shop the variety of stores that New Albany offers.

Likewise, Tabatha Coker, co-owner of MODA in downtown New Albany, said Christmas sales have been good at her business as well.

Gift sales have been strong at MODA, which sells jewelry, candles, dip mixes, lamps, pictures, bedding and many other items.

“People have ordered lots of custom stuff from us,” said Coker, noting that this year’s Christmas sales at her business are better than last year.

Christmas décor sold at MODA has also been popular, said Coker, who thinks people are shopping locally more. Going into the smaller shops is better than visiting the large, crowded stores, she said. MODA has many local customers as well as shoppers from Collierville, Southaven, Oxford, Ripley and Corinth.

Hey Nezzie is a new business in downtown New Albany, and Christmas sales have been “really good,” said Jennie Oglesby.

She said she was “extremely concerned” that Covid-19 could have hurt Christmas sales. But she said the reception to the new business has been positive with people coming in shopping.

Oglesby also feels as though people are supporting the local businesses rather than going to the larger retailers. Oglesby’s husband, Derek, said he thinks people feel safer shopping locally because they are not in a big crowd.

Hey Nezzie has been selling a lot of Christmas T-shirts, sweaters, and casual clothing. She thinks people are shopping for comfortable clothes because they are going to be around the house this holiday season rather than going places.

Oglesby said it is important to support local businesses because “it’s people’s livelihood.” Moreover, the money stays in the community and “helps your neighbor.”

Herman Windham, owner of Windham TV and Appliance, said Christmas sales at his business have been strong. He noted that he has been selling washers, dryers, stoves, refrigerators and heating and cooling units.

“We’ve been busy all year,” Windham said. “We’ve had the best year we’ve ever had.”

Windham TV and Appliance has been in its current location on Bankhead Street in downtown New Albany since 1972.

Van Atkins Jewelers is also reporting a successful Christmas season. Chuck Cooper said March and April were pretty tough at Van Atkins because the business shut down for about six weeks due to the coronavirus.

But since then the busines has bounced back, and Cooper said, “It’s been a pretty good year to be honest with you.”

Cooper Hoop earrings and yellow gold are among the popular items at Van takins this year, said Sam Cooper.

April Hardy, owner of 2A Armaments, said she is very thankful that the community supports her business. She said Christmas sales have been going “great” and that popular items have included handguns, ammunition and accessories. Items for stockings, such as flashlights, hand warmers and Case knives are also available at 2A Armaments.

“We’re hanging in there,” Hardy said.

Beverly Hall, owner of Main Street Linen Company, said she is “thrilled” with the way Christmas sales have been at her business this year.

“I expected it to be a lot less,” Hall said. “I think we’ve come back good and strong.”

Jewelry has been popular at her business this Christmas season.

She noted that she has a “steady flow” of customers coming into her business with traffic getting heavier toward the end of the week.

“I’ve been really pleased,” Hall said, adding that she thinks customers are being cautious by wearing masks and keeping the proper social distance.

“People have really supported us, and I appreciate it,” she said.

The Christmas season is very important to Hall’s business, especially since her store lost out on Mother’s Day, Easter and graduation due to her business being closed.

“I lost all that during the shutdown,” Hall said.

Denise Owen, owner of Two Doors Down, said “Christmas sales are going great. People are out and shopping.”

November and December have been really good months for Two Doors Down, said Owen. She said she sees a lot of people shopping downtown and that she wants all the local businesses to prosper.

After the year the merchants have had with Covid-19, she is grateful that sales have been strong and that people are getting out and shopping.