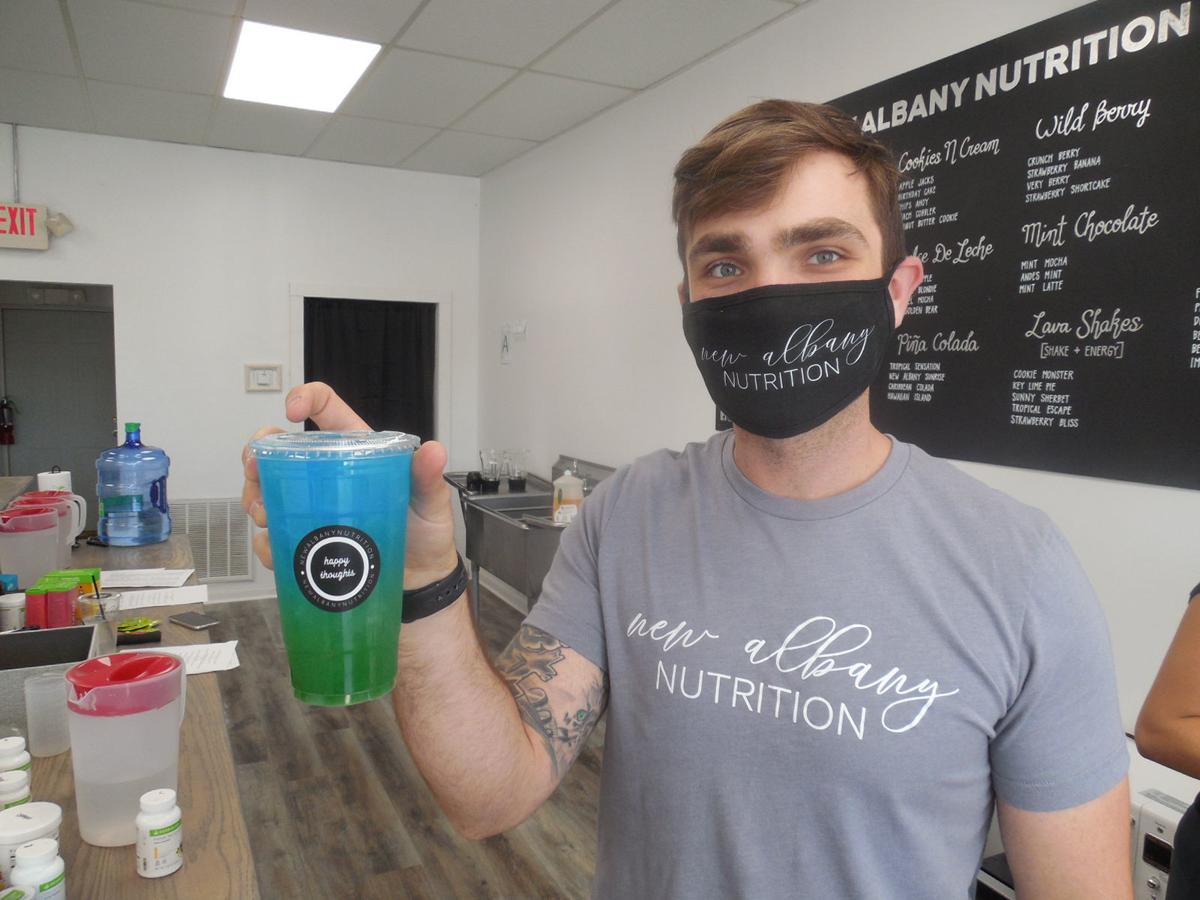 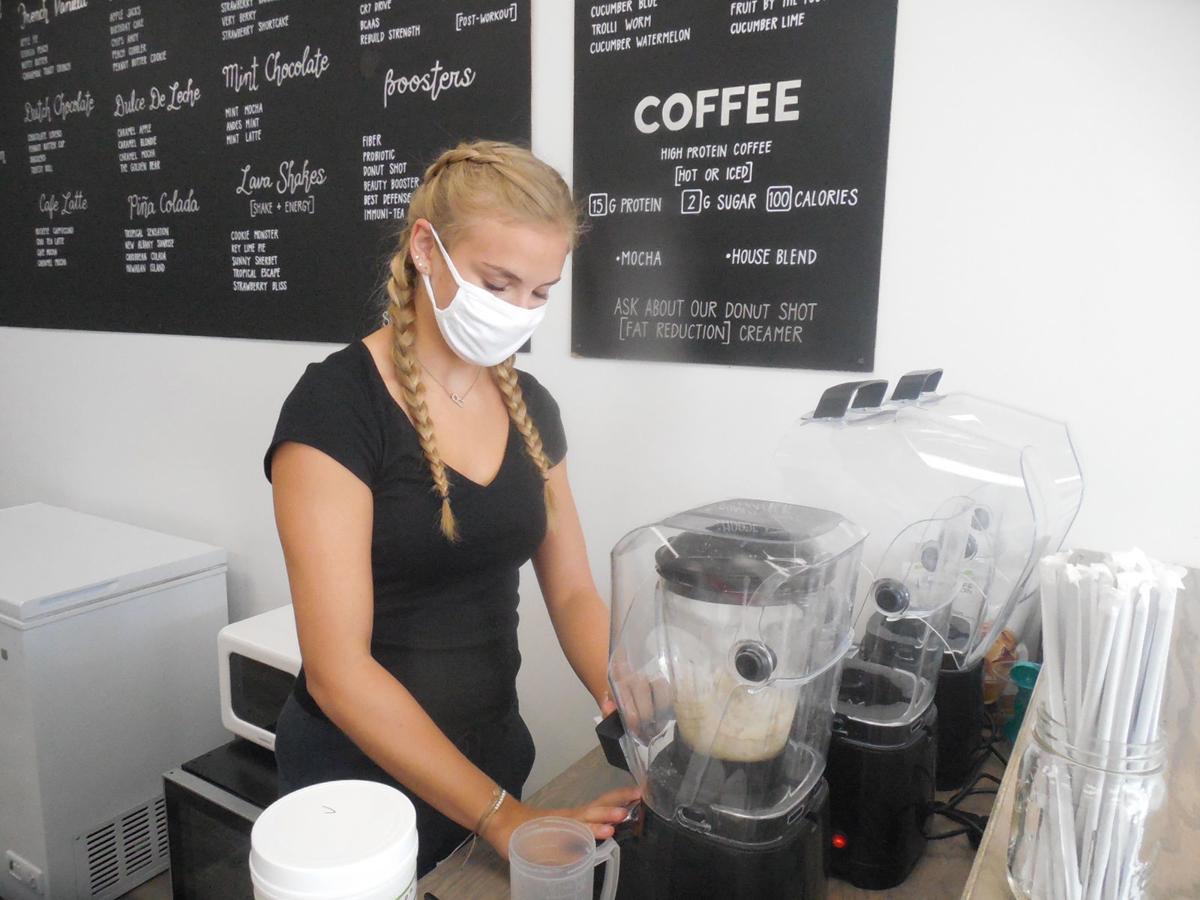 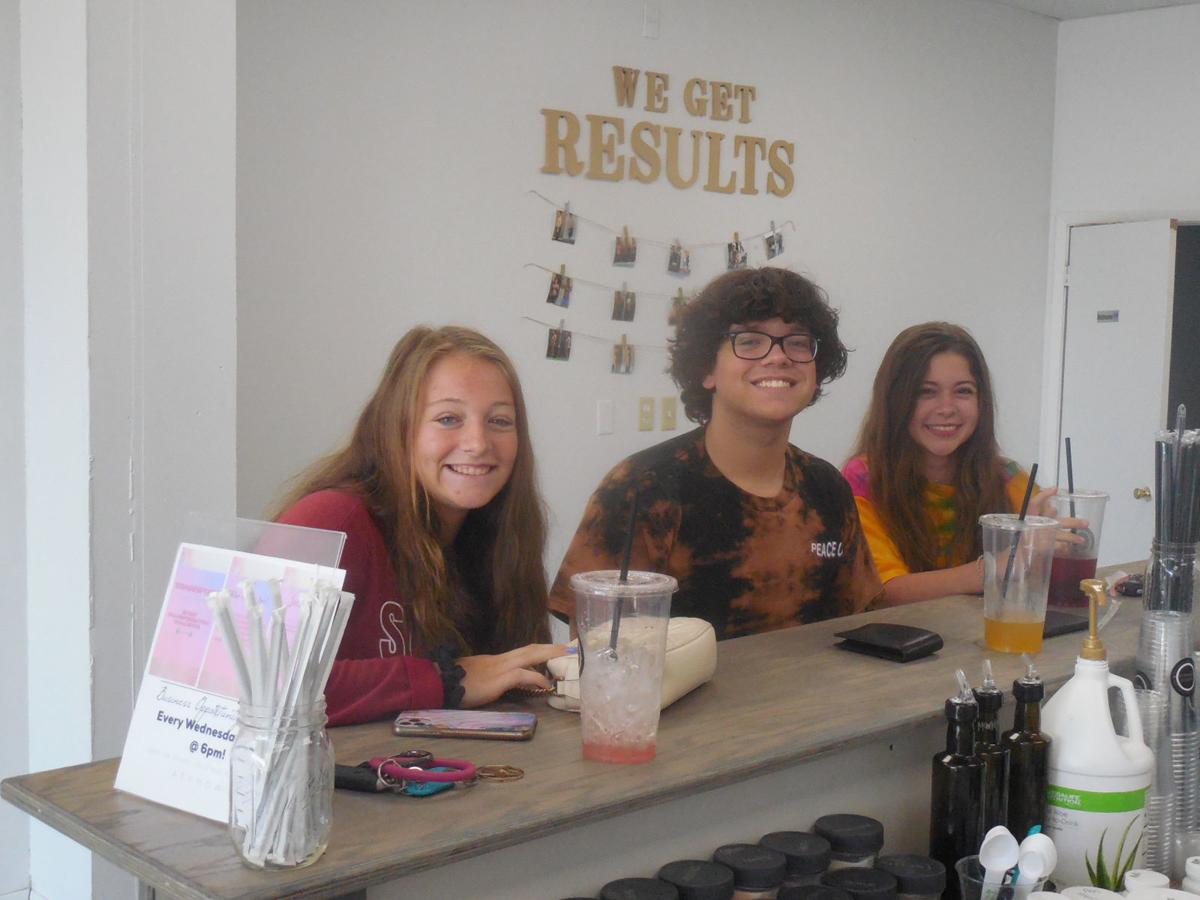 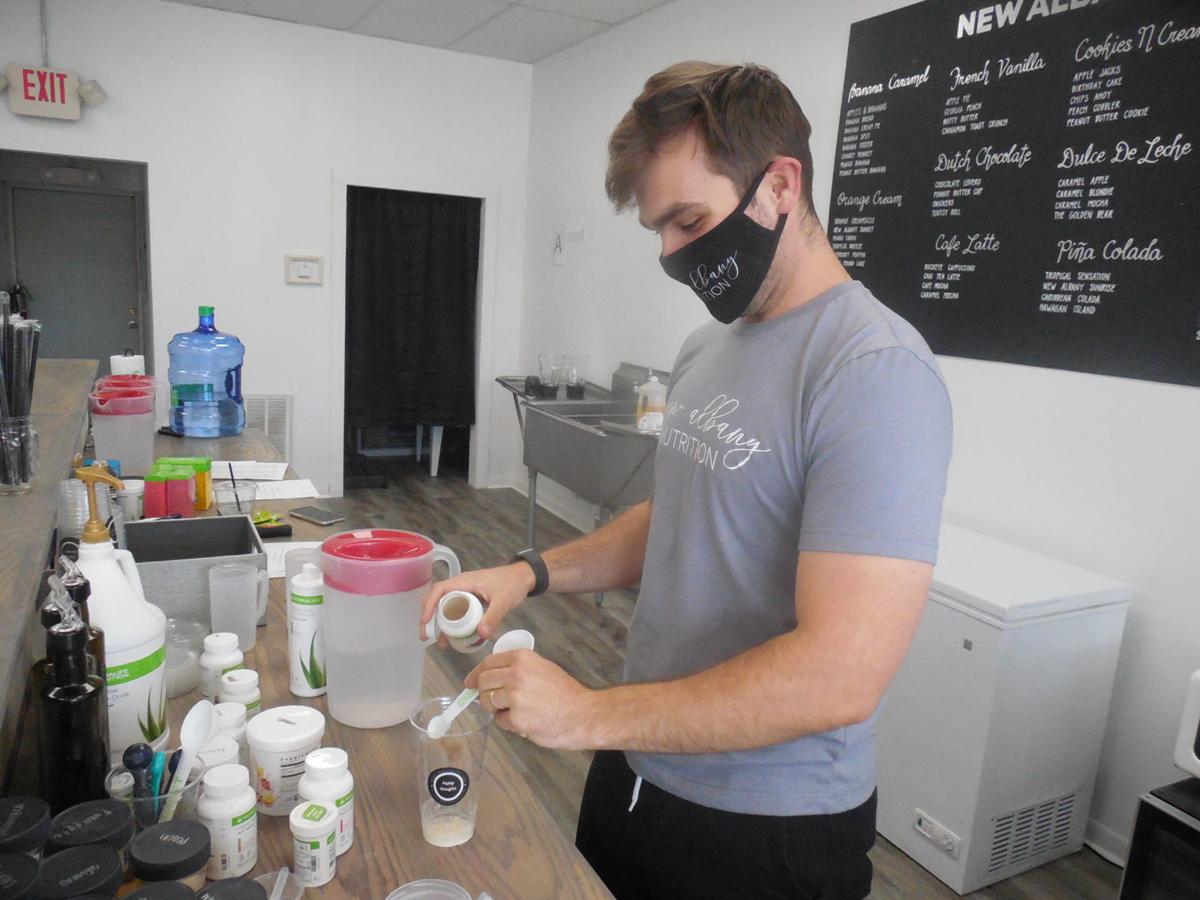 Meal-replacement shakes, tea bombs and protein coffee are among the products available at New Albany Nutrition. There are more than 40 different shakes and teas at the business.

The nutrition club, which opened about three weeks ago in New Albany, is located at 714 B. W. Bankhead St.

“The products are delicious,” he added.

Ben and his wife, Caroline, are the owners, and they just got married in May.

They moved here from Florence, Ala. where they were involved in similar businesses. Caroline is now a law student at Ole Miss.

“We heard about New Albany and checked it out and fell in love with the community,” Ben said. “Everybody’s super friendly, so that was always a plus.”

They found a building in New Albany and decided to open the business, which employs three people.

“We want to make a positive impact on the community and help as many people as we can,” Ben said.

Prior to opening New Albany Nutrition, Ben and Caroline co-owned a nutrition club in Florence. Caroline was also the owner of Uptown Nutrition in Florence.

New Albany Nutrition offers Herbalife products, which Ben started using two years ago. He said Herbalife is the No. 1 nutrition company in the world and that he has had great results with the products, losing more than 40 pounds of fat and gaining 20 pounds of muscle.

“I’ve used the products consistently for two years now,” he said. “They do a lot of great stuff for you.”

There are also drinks that have collagen, which is good for hair, skin and nails, Ben said.

Ben not only fell in love with the products but also with helping other people.

“That’s what we’re doing here in the community,” he said. “We’re trying to help people become healthier and happier.”

He and Caroline decided they would open a nutrition club wherever they ended up. They said New Albany felt like home, so they opened the business here.

Ben said the tea bombs are like a “healthy energy drink that detoxes you and boosts your metabolism.”

He noted that the protein coffee the business sells is “really good” and has 15 or 30 grams of protein and 80 or 160 milligrams of caffeine depending on the size. The coffee only has between 2 and 4 grams of sugar.

“They taste great,” he said, adding that the coffee is “guaranteed to put a smile on your face.”

The meal replacement shakes are also “really good” and have 24 grams of protein and 200 calories. The shakes can replace a regular meal, including breakfast, lunch or dinner.

“It’s a good healthy meal packed with vitamins and minerals that you might be missing out on in your daily life,” Ben said. “I do mine for breakfast every morning.”

Some people like having a meal-replacement shake for lunch because they don’t have a long lunch break, he noted.

“It really depends on you and what you want to do with the shakes,” he said.

The meal-replacement shakes come in various flavors such as birthday cake, chocolate lovers and peanut butter cup. There are also fruity flavors, and Ben’s favorite in mango banana.

And the tea bombs contain tea, aloe and a liftoff. The liftoff is a caffeine tablet, and the aloe soothes the digestive system and cleans it out, he said.

“They (teas) give you energy,” Ben said. “They detox you and they boost your metabolism. And they’re delicious.”

The teas come in three sizes and can be served hot or cold. They come in many different flavors such as sweet, sour, tangy and refreshing.

He drinks the teas and meal-replacement shakes daily and plans to continue doing so for the rest of his life.

He likes the protein coffee as a snack and when he wants a caffeine pick-me-up. In addition, to giving someone energy, the coffee can also curb one’s hunger, Ben added.

“Some people like to have it between breakfast and lunch,” he said. “Caffeine is a natural metabolism booster.”

Business has been going great at New Albany Nutrition, which features a bar where people can sit and enjoy their teas, shakes and coffees. The business also has a photo booth. There is a results wall where people can display photos of their health achievements.

“We’re getting a lot of love from the community,” said Ben. “We’re greatly appreciative of it. We want this spot to be the hang out spot of New Albany.”

Drinks are available for people of all ages, even children. The kids drinks include aloe water and flavored water.

“We want everyone to come in here and get a good nutritional drink,” Ben said.

The business is trying to be a “positive spot for the community. We want to put a smile on everybody’s face that comes through the door,” Ben said.