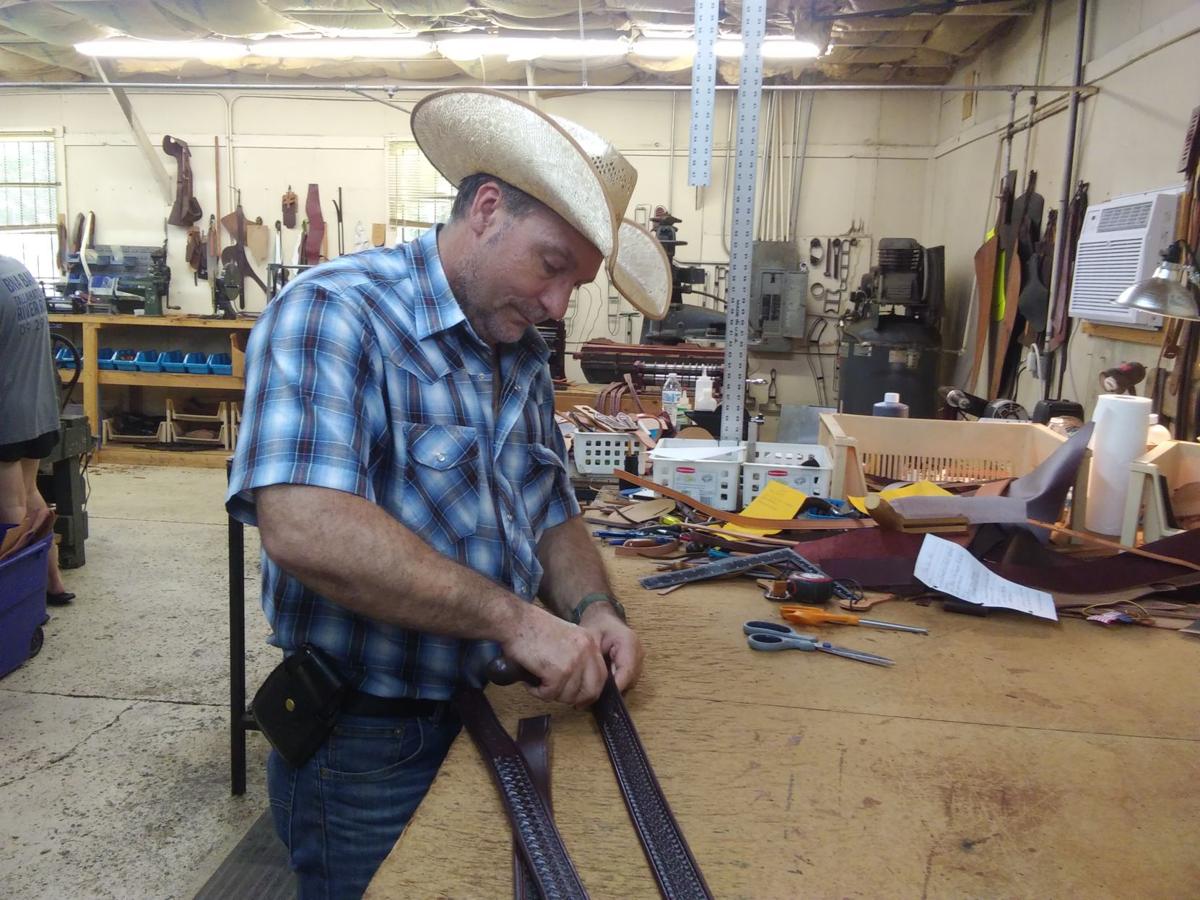 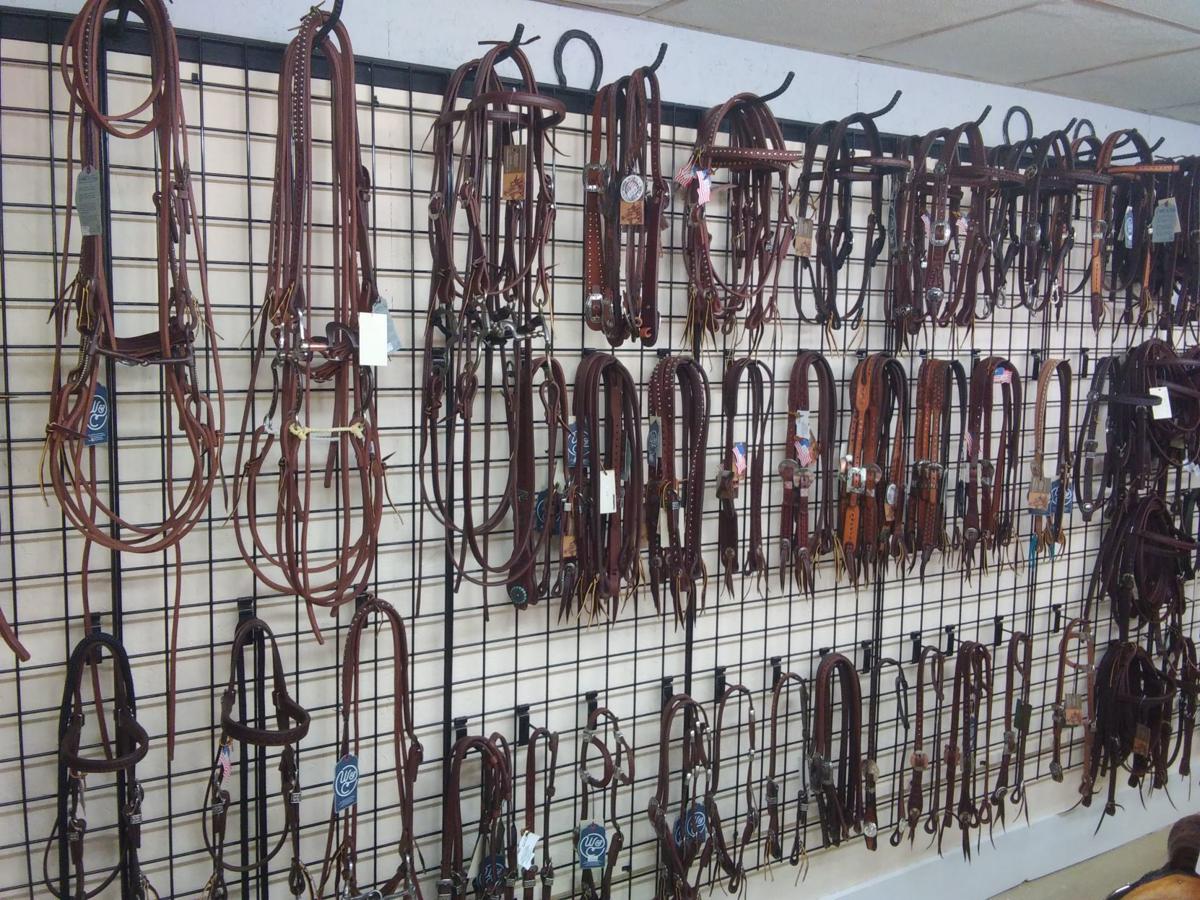 A large selection of horse tack is available at OC Leatherworks. 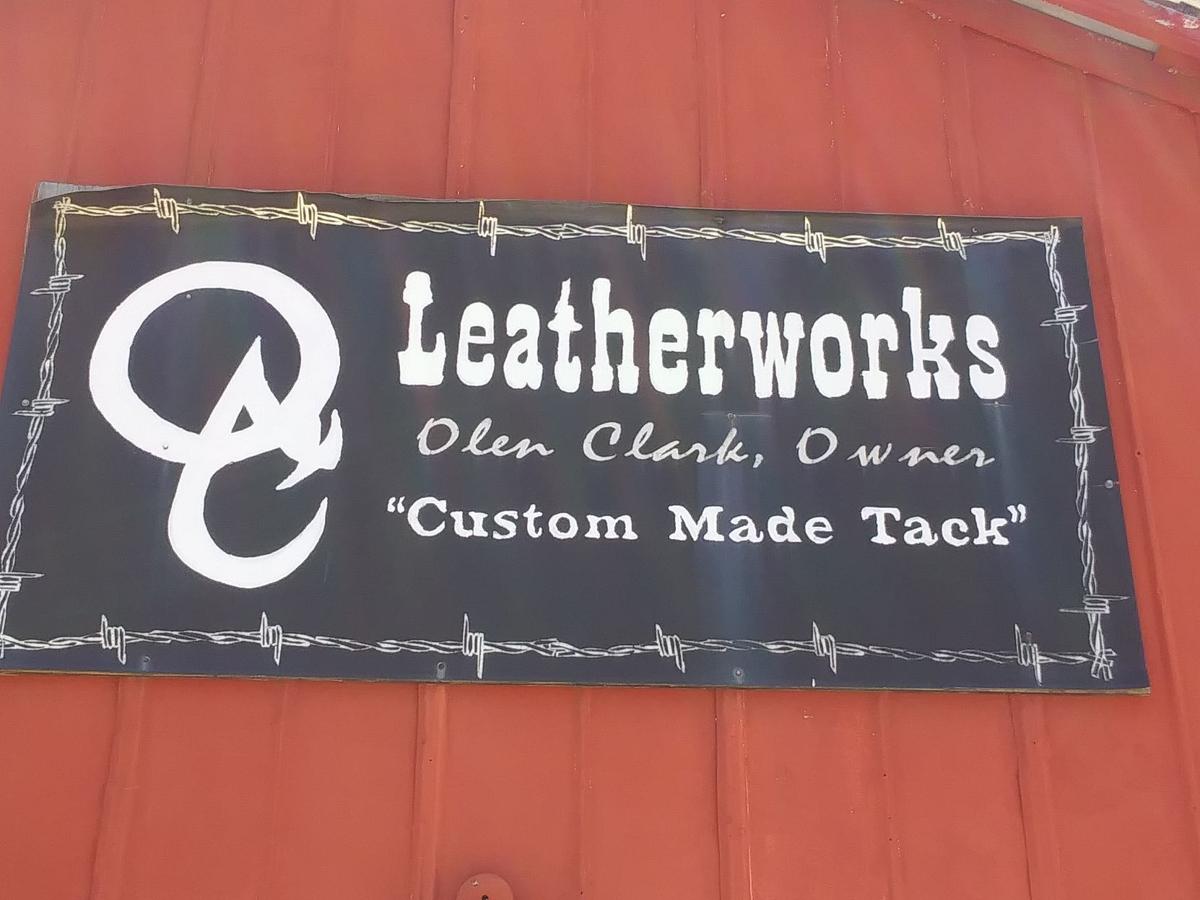 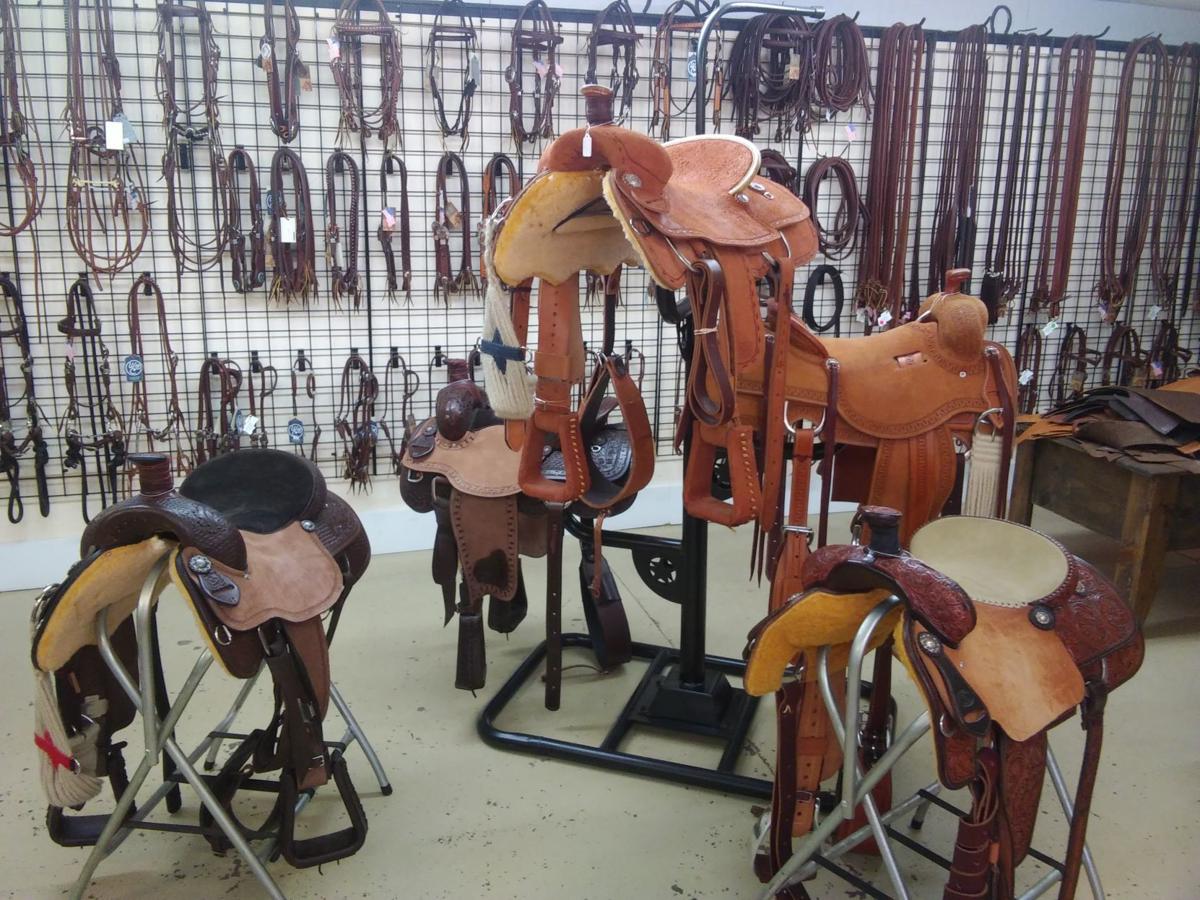 Saddles and horse tack are for sale at OC Leatherworks.

A large selection of horse tack is available at OC Leatherworks.

Saddles and horse tack are for sale at OC Leatherworks.

OC Leatherworks in New Albany ships its products around the world.

“We shipped some stuff the other day to England,” said Olen Clark, owner of the business located at 219 Carter Ave.

Clark makes just about everything in the shop, which has been open for about 18 years. OC Leatherworks features a large selection of horse tack, such as bridles, breast straps and spur straps.

Clark has been doing this type of work for about 32 years. He noted that his dad did the same type of work and, “I just kind of picked it up from there.”

Clark has shipped products to many places, including Australia, Canada and Western states.

“We order American hides, real high-grade leather,” Clark said, adding that some of the leather he uses comes from Pennsylvania and Kentucky. “What we try to do here is keep everything American made and handmade.”

“You can’t go to a store and get a belt like that,” he said.

As for the hardware, he uses stainless steel and brass. He even made the dog collar for the Mississippi State football team.

He has various grades and types of leather to make different types of items. The stuff he makes holds up well, and he uses a high-grade leather. He puts a big focus on quality with the products he makes.

Clark cuts the hides out by hand and uses several machines. He uses tools to put designs into the leather.

One machine he has comes down with about 2,000 pounds of force to cut out leather shapes. But a lot of stuff, such as spur straps, are still cut out by hand.

OC Leatherworks also has a large selection of saddles and offers saddle repair.

In addition, the business sells leather pieces if people want to try their hand at making items such as holsters and knife sheaths for a hobby.

Clark enjoys this type of work and also rides horses himself. In fact, he regularly competes in cutting horse shows and has a display of belt buckles he has won.

He’s got seven horses of his own and has been riding all his life. He started showing cutting horses about six years ago and said it is an adrenaline rush.

Clark, who grew up around Senatobia, also trains the horses that he rides on in the competitions. He’s got two show horses, and it takes about two to three years to get them trained.

He had always wanted to show cutting horses and decided to jump in now before he got too old. He still gets nervous when he competes, which is about twice a month. He shows horses as part of the National Cutting Horse Association, and his wife is always there to support him.