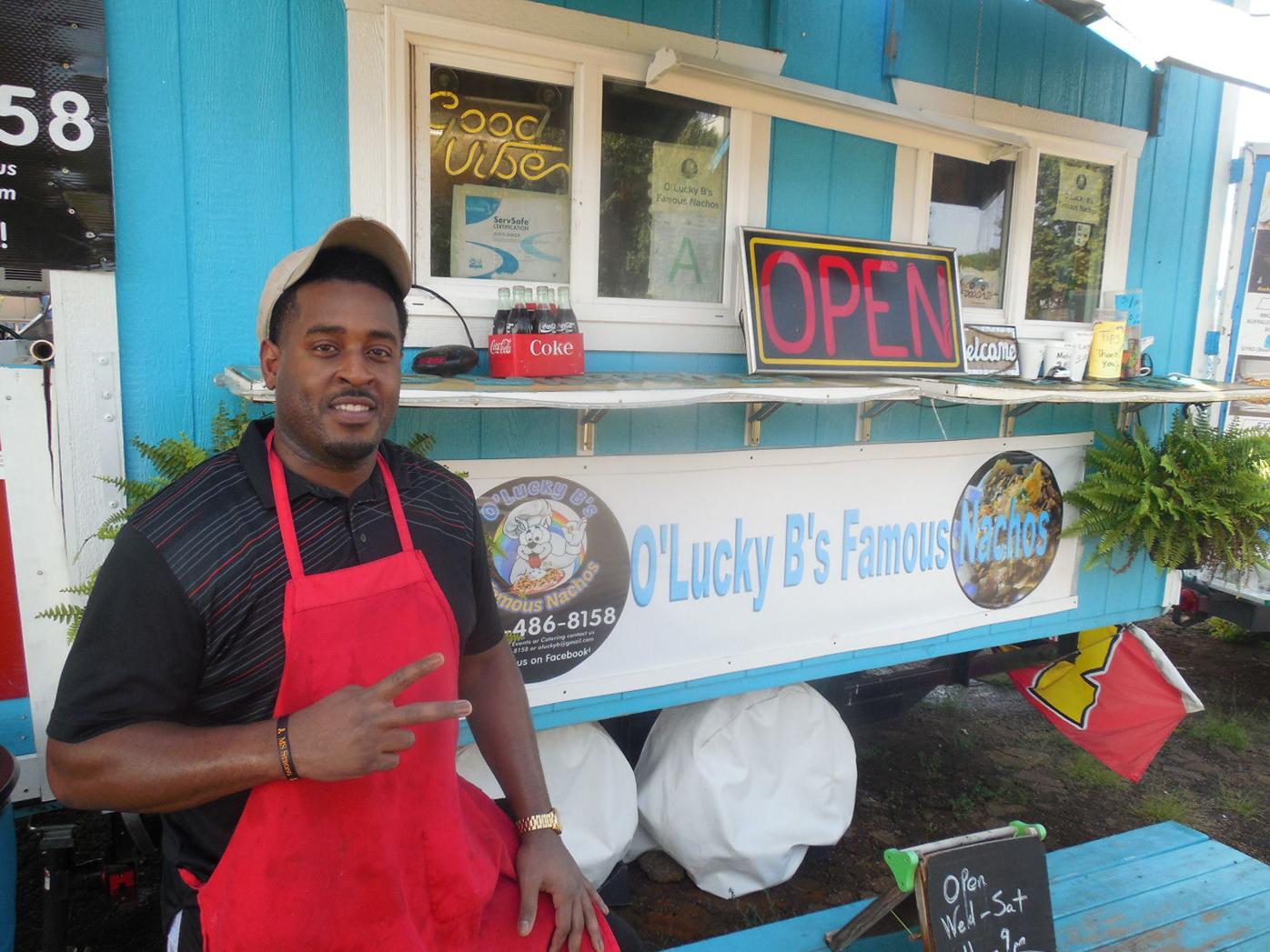 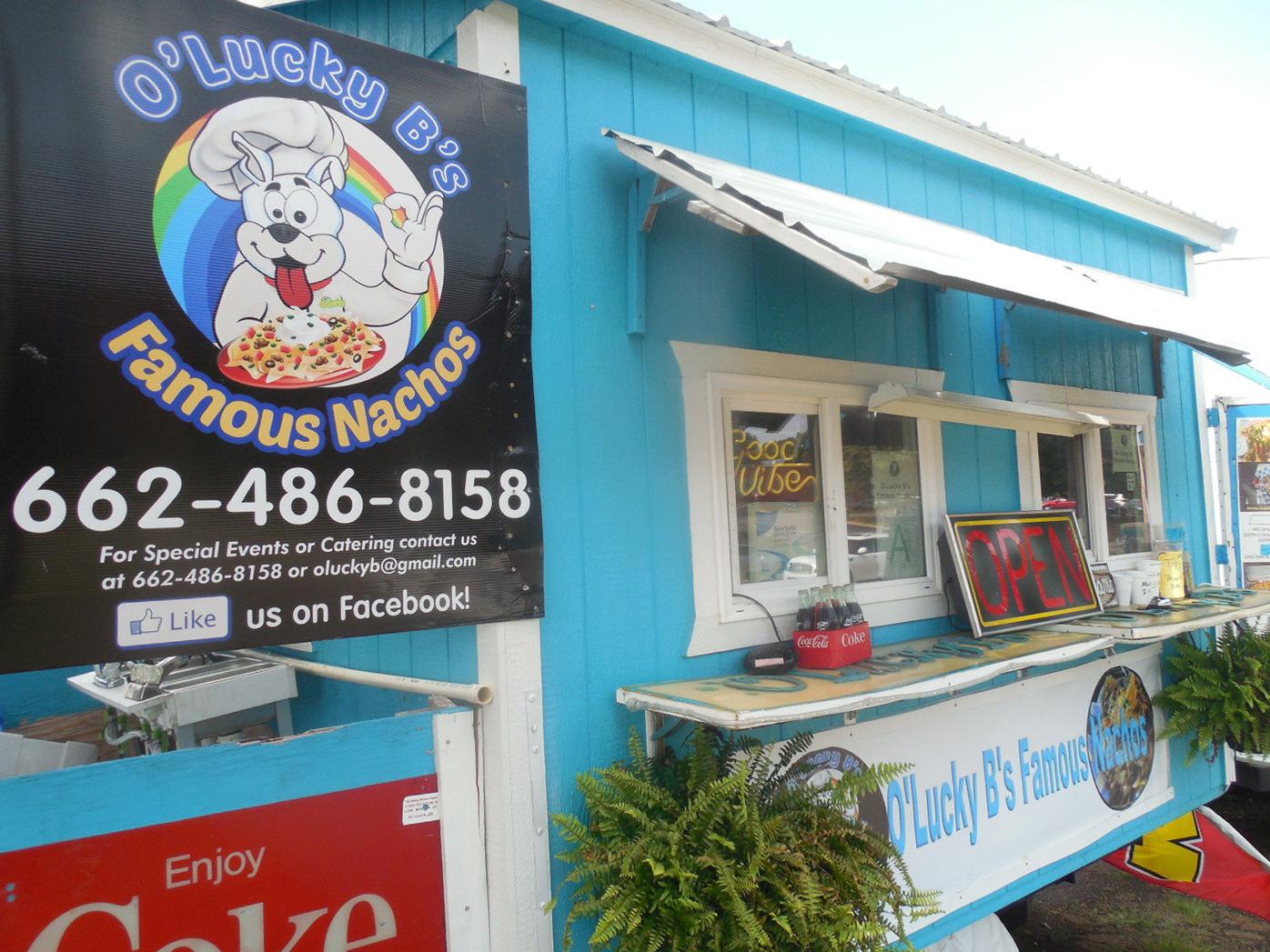 O'Lucky B's Famous Nachos is located on State Highway 30 across from the hospital. 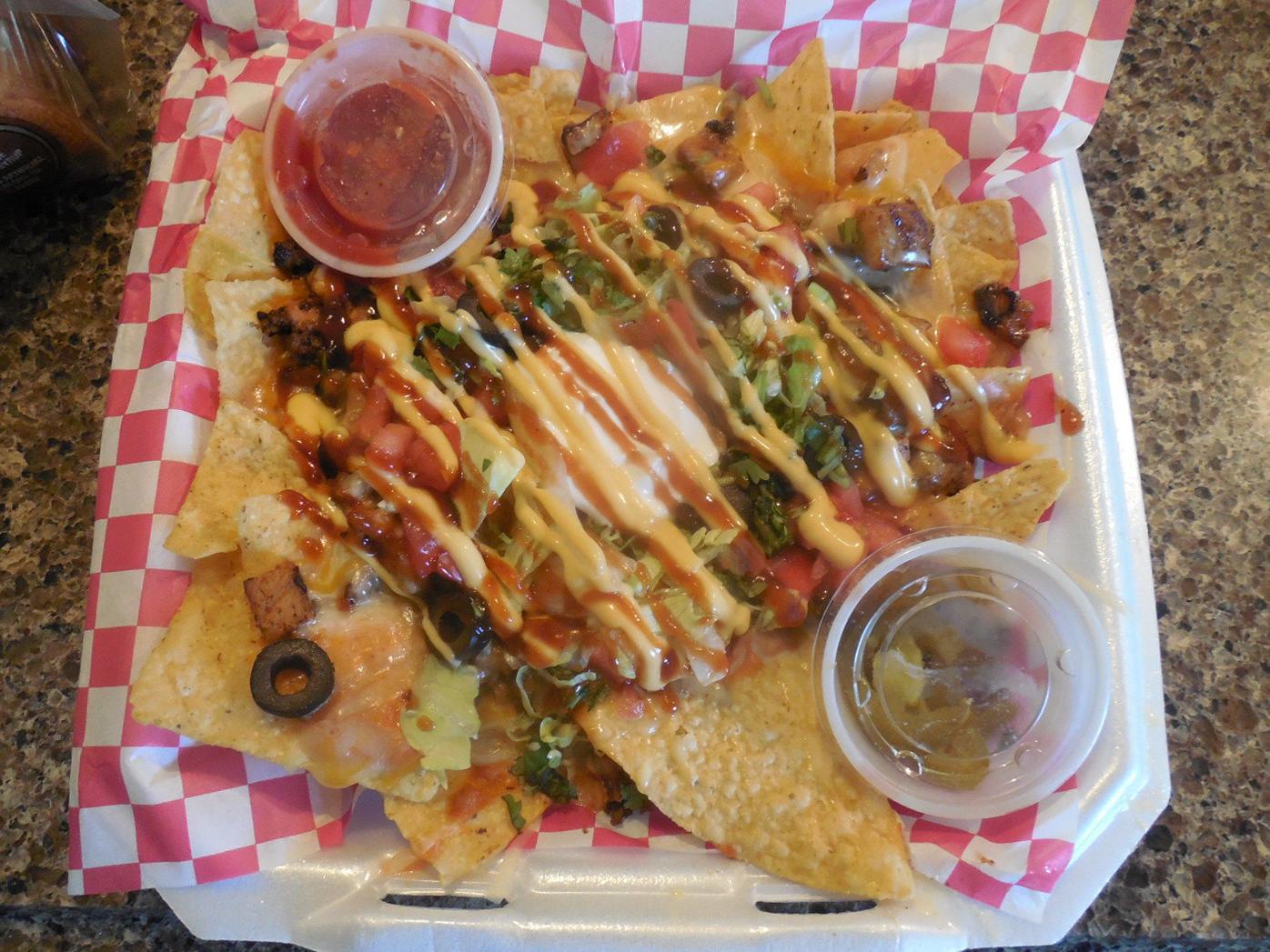 The loaded nachos come with many toppings, such as beef and pork.

O'Lucky B's Famous Nachos is located on State Highway 30 across from the hospital.

The loaded nachos come with many toppings, such as beef and pork.

It was not even lunch or dinnertime, and there was still a steady stream of customers at O’Lucky B’s Famous Nachos in New Albany.

Baker, who was born and raised in New Albany, said people who have not stopped by his food truck on State Highway 30 across from the hospital should give it a shot. He has been open for about a year in the location and said business has been going well.

“I always do my best to satisfy the customers,” he said. “I’ve got a lot of repeat customers.”

The loaded nachos served at Lucky B’s are sure to satisfy those with a big appetite. The portions are large, and some people cannot even finish a half order, he said. Many different toppings come on the nachos, which can make a good lunch or dinner.

Baker has liked nachos since he was a child and said his mom used to make them for him.

“Nachos are one of my favorite foods,” said Baker.

His loaded nachos come with hearty toppings such as beef, chicken, steak, pork, and lamb. In addition to those toppings there is lettuce, tomato, sour cream, black olives, sautéed onions, peppers, cilantro, jalapenos and salsa. The nachos come with three different cheeses including nacho cheese, queso and mixed shredded cheese.

“I’ve always had a hand for cooking,” said Baker, who has cooked in several other restaurants.

He said most of the people who eat his nachos say they are the best they’ve ever had. He has his own blends of cheese and salsa and his secret O’Lucky B’s sauce. That helps sets his nachos apart from others.

The chicken, bacon, ranch nachos and pork chop and beef nachos are some of the favorites at O’Lucky B’s. He has received many positive reviews for his food.

While loaded nachos are the specialty at O’Lucky B’s, the business also serves quesadillas and about 20 flavors of snow cones. In the future, he would like to offer some different nacho toppings such as fried chicken, catfish and beef brisket. Hamburgers and fries may also be added in the future, but for right now he is trying to keep things simple.

The name of the business, O’Lucky B’s, comes from Baker’s last name and the fact that he considers himself a lucky person. He loves finding four-leaf clovers.

Baker is a 2003 graduate of New Albany High School and then graduated from Itawamba Community College. He later attended Ole Miss where he earned a degree in social work. He worked in the social work field for about five years and then sold cars. But he decided he would like to own his own business.

“I’ve always wanted to be my own boss,” he said.

Owning a food truck allows him to do two things in life he really enjoys –cooking and serving people. In fact, he said he went into the social work field because he wanted to serve others.  He has enjoyed cooking since he was a child.

He is thinking of getting another food truck to take to Oxford and other areas where he can serve even more people. But he said he is not leaving New Albany.

“This is my hometown,” he said.

Last year, he operated his business at Tallahatchie Riverfest and said that went very well. He noted that he has “a lot of support around here.”

O’Lucky B’s is mainly open Wednesday to Saturday from 11 a.m. to 9 p.m. He also plans on having a nacho eating contest soon in which contestants would have 30 minutes to an hour to eat 3 to 5 pounds of nachos. The grand prize would be $100, and he knows a few people who are already interested in the bragging rights.

O’Lucky B’s features outdoor seating, and people can also call-in orders or have them delivered through NA Food Dash. O’Lucky B’s can be reached at 662-486-8158.