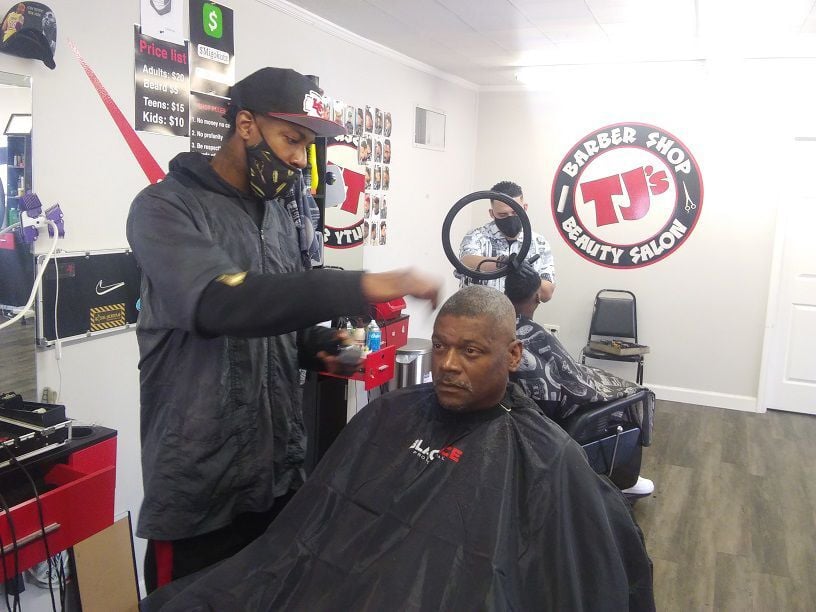 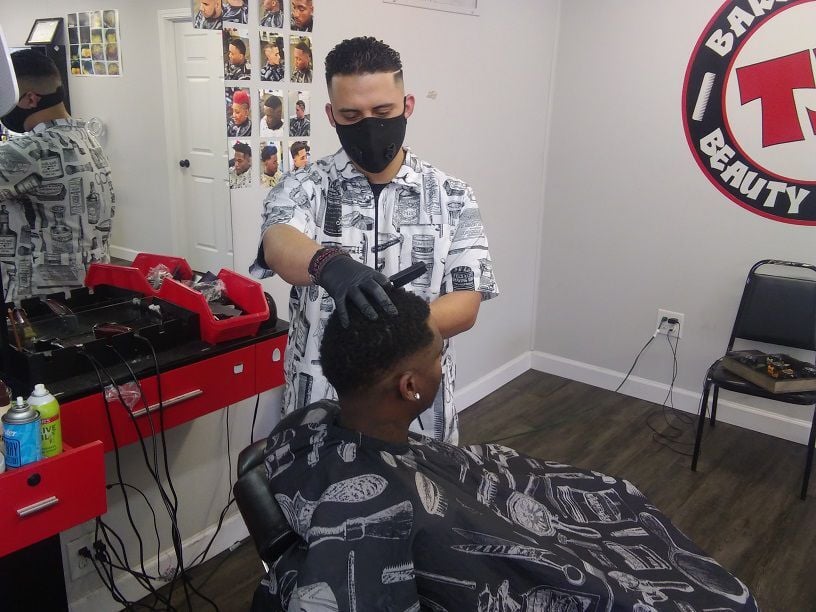 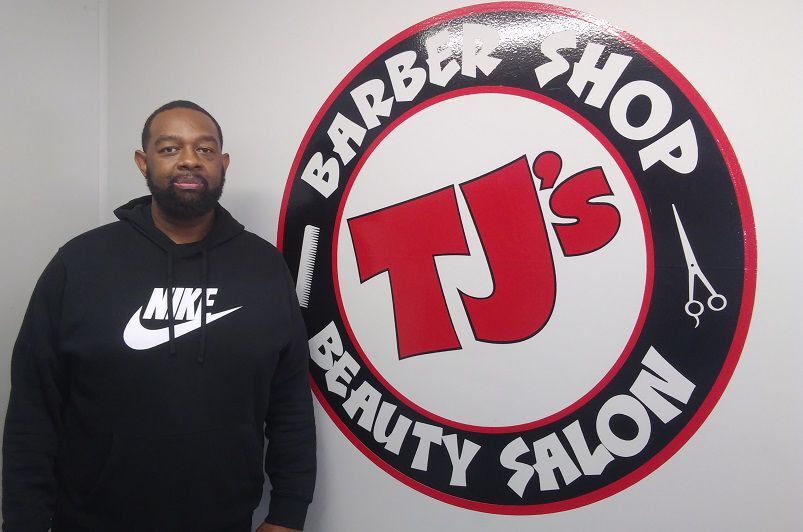 Torri Jones is the owner of TJ's Barbershop and Beauty Salon, which is located at 924 W. Bankhead St. in New Albany.

Torri Jones is the owner of TJ's Barbershop and Beauty Salon, which is located at 924 W. Bankhead St. in New Albany.

Inside TJ’s Barbershop and Beauty Salon is a sign that lists the rules of the establishment.

No profanity is allowed, and people must be respectful toward others.

Torri Jones is the owner of the barbershop and salon located at 924 W. Bankhead St. in New Albany.

“If you’re looking for a haircut, this is a nice place to come to,” Jones said.

The barbers in the shop are friendly, and on Tuesday they were talking about the Super Bowl. One of the barbers, Kwamane Berry, was wearing a Kansas City Chiefs hat.

James Mason of New Albany was getting a haircut at TJ’s on Tuesday and said he has been going there for about six months. The employees at the barbershop have great people skills, said Mason.

“They’ve got some nice hair-cutting guys here,” said Mason as he sat in the barber chair. “They know what they’re doing.”

Mason said he would recommend that other people get their hair cut at TJ’s as well.

“Y’all come on in here and get your hair cut,” Mason said, adding that TJ’s also has good prices.

TJ’s Barbershop and Beauty Salon has been in its current location for about three years, and prior to that was located next to the bowling alley. The business has been open for about 10 years altogether.

With six chairs, TJ’s can service men, women and children. Many services are offered at TJ’s including shaves with razors, hot towel facials, coloring, braids, eyelashes and eyebrow arches. A nail technician and two beauticians also work at the full-service barbershop and salon, he added.

“We do a little bit of everything here,” Jones said, noting that there are about six employees at the business. “We offer a lot of services here. We stay pretty busy.”

TJ’s is open Monday through Saturday with staff getting there around 9:30 a.m. and not leaving until about 7 p.m.

Jones graduated in 2002 from Foster’s Cosmetology and Barber College in Ripley. He enjoys owning his own business, saying it’s nice to come into work when he wants to.

Jones said people should go to TJ’s because so many different services are offered. Furthermore, TJ’s can cut any type of hair, he added.

He enjoys this line of work saying, “I wouldn’t trade it for anything.” He gets to provide people with a service and “you get to see someone smile,” he said.

He and the other barbers also get to socialize with each other and the customers. Sometimes a barber has to be a doctor or therapist for a client, he noted. But he said, “it’s all in a day’s work.”

“We have a lot of repeat customers that come through here,” he said. “We offer them a good service. We talk all day.”

Sometimes the customers come in and “tell us all their problems,” he said. “Sometimes people just need an ear. While they’re getting their hair cut they talk about everything. You never know what you may hear.”

He just tries to help people get through their problems. “I’ve got a lot of friends. You meet a lot of people here. You never know who you’re going to meet. Everybody needs a haircut.”

In addition to customers from New Albany, he also has clients from Pontotoc, Tupelo, Ripely and Memphis.

He said, “I keep everything neat and clean in here. We’re just friendly here. Most people enjoy coming in here. It’s a very family-oriented place.”

Jones has lived in New Albany about 30 years and moved here when he was in the fourth grade from Potts Camp. He loves New Albany, saying, “It’s just a nice place. It’s very calm.”

He noted that New Albany has good people and not very much crime.

He played basketball at W.P. Daniel High School and was part of the championship basketball team in 1997. He graduated in 1999.

In addition to owning the barbershop and salon, Jones also has two other businesses—a painting company and a cleaning company. With three businesses, he said, “I stay really busy.” He cuts hair Wednesday through Saturday, and on Sundays he gets some downtime.

He spends his spare time with his children. “I try to spend as much time as I can with them whenever I’m not at work.”

Jones and his children take a lot of vacations to places such as Jamaica, the Cayman Islands and the Bahamas.

People can schedule an appointment to get their hair cut at TJ’s, and walk-ins are also accepted. TJ’s can be reached at 662-266-1326.

Creekmore supports bill to designate sports based on biological sex