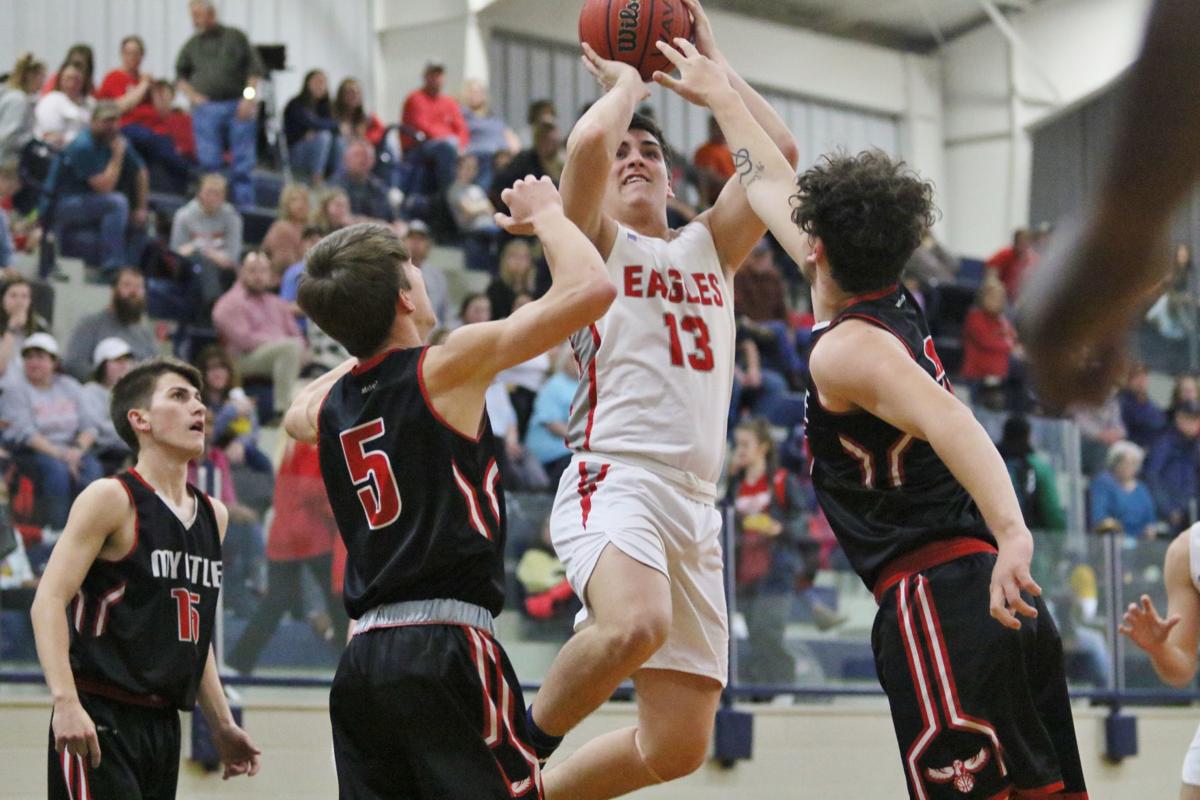 West Union's Luke Willard rises up for a jump shot over Myrtle defenders in the first quarter of Wednesday's semifinal game at the Div. 3-1A Tournament. 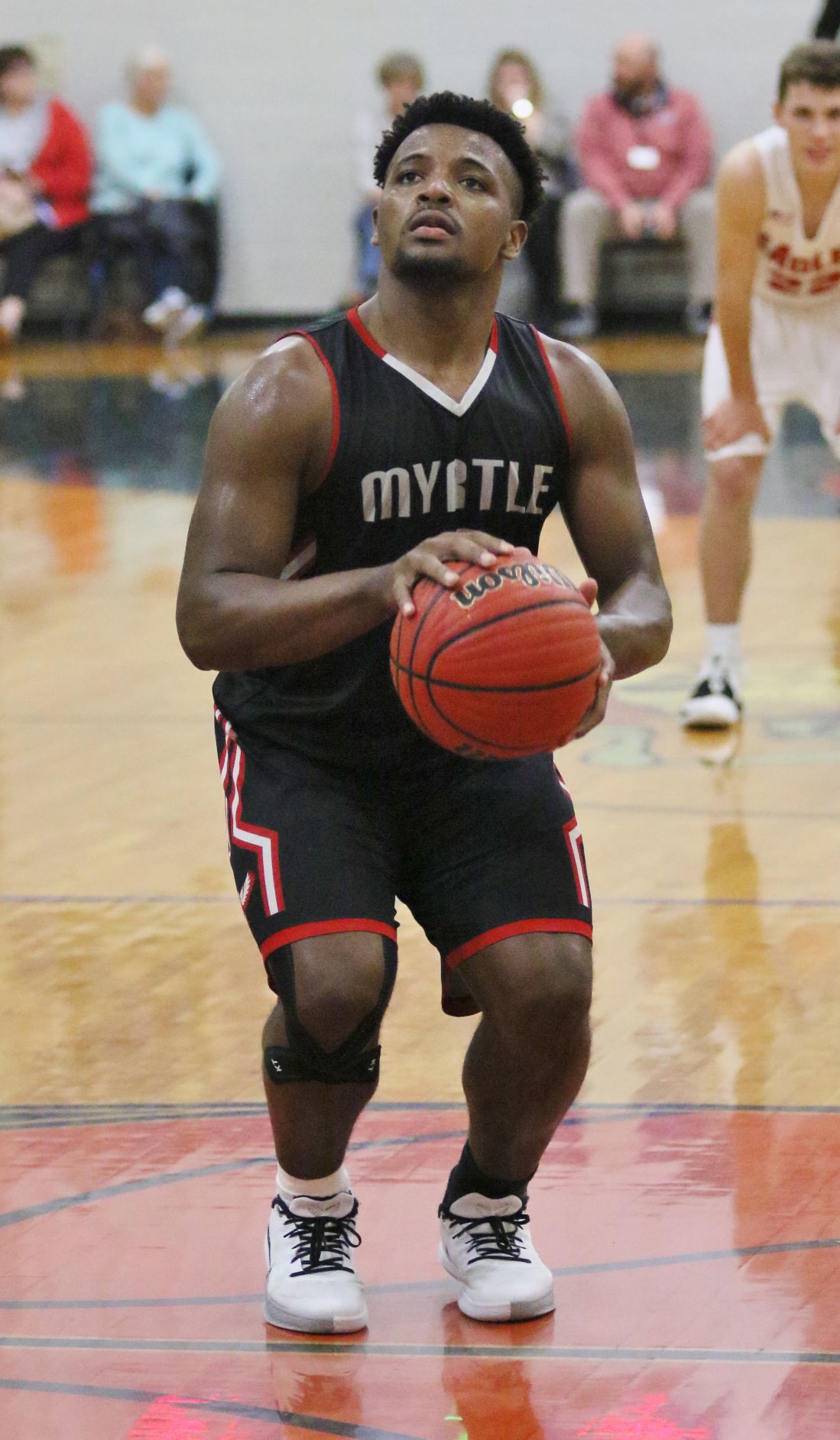 Myrtle's A.I. Nugent shoots a free throw in the fourth quarter against West Union. Nugent scored 16 of his team-high 20 points in the final period.

West Union's Sam Callicutt extends out for the layup in traffic among the Myrtle defenders. Callicutt poured in a game-high 27 points in the win over 65-54 win over the Hawks.

Myrtle's Jaden Taylor floats over West Union's Jared McDonald and Boo Robertson for layup in the third quarter in Wednesday's semifinal game at the Div. 3-1A Tournament.

West Union's Luke Willard rises up for a jump shot over Myrtle defenders in the first quarter of Wednesday's semifinal game at the Div. 3-1A Tournament.

Myrtle's A.I. Nugent shoots a free throw in the fourth quarter against West Union. Nugent scored 16 of his team-high 20 points in the final period.

ASHLAND - This game belonged to West Union senior Sam Callicutt. Callicutt was a force for the Eagles, scoring a game-high 27 points to lead his team to a 65-54 win over Myrtle and a Division 3-1A championship appearance.

West Union led 16-7 by the end of the first quarter behind 10 points from Callicutt, including five points in the final three seconds. The Eagles started to pour it on in the second with an 8-0 run with six points coming from Callicutt and a layup from Brandon Phillips for the 24-9 lead with 4:31 left in the first half. Myrtle ended the first half on a 7-0 run after A.I. Nugent took the ball the length of the floor for the buzzer-beating layup to send the Hawks into halftime down 26-18.

The Hawks used a 3-pointer from Jaden Taylor and a layup from Elijah Thompson in the third to pull as close to three, 30-27. After Callicutt split a pair from the line, Myrtle's Dylan Gaines scored his lone basket of the night to cut it to two with 2:14 on the clock. From there, West Union ended the third period on a 12-0 run with Braden Willard leading the way. Willard shot 3-for-4 from the free throw line, had an offensive rebound putback and a 3-pointer in the momentum-swinging run that all but sealed the win. Phillips scored the other four points in the run. The junior notched 12 points in the win.

The Eagles extended their out to 16 before Myrtle made one last ditch effort in the fourth with a pair of 3-pointers from Thompson and Nugent and two free throws from Elijah Ingram to cut the deficit in half. West Union outscored Myrtle 9-6 in the final 2:45 of the game. Nugent led the Hawks with 20 points, 16 coming in the fourth quarter. Brayden McNeal added 12 points followed closely by Thompson's 11 points.

West Union (17-12) advances to face a tough H.W. Byers squad in Friday's championship game. The Lions won the first meeting 61-41 at West Union and took their second contest of the regular season against the Eagles 69-45. Myrtle (11-18) will face Coldwater in the boys consolation game.