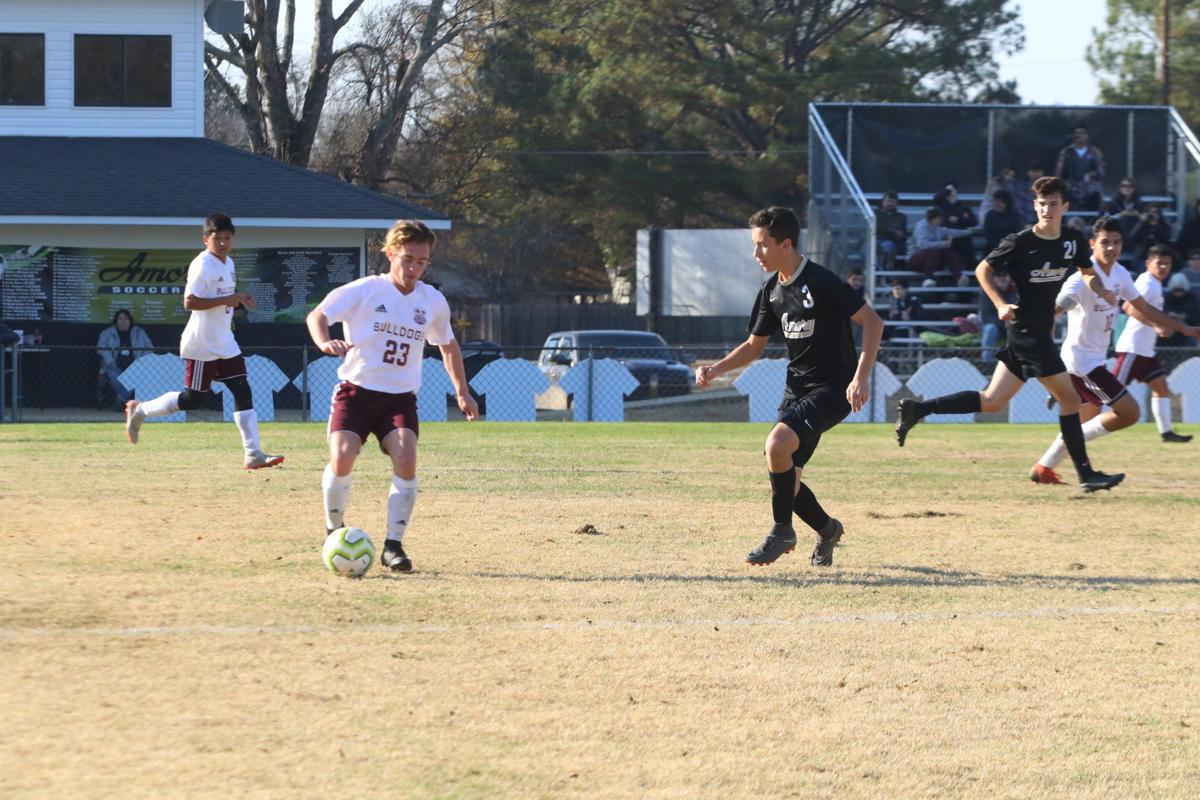 Max Spencer dribbles through the midfield and looks to play the ball forward to a teammate. 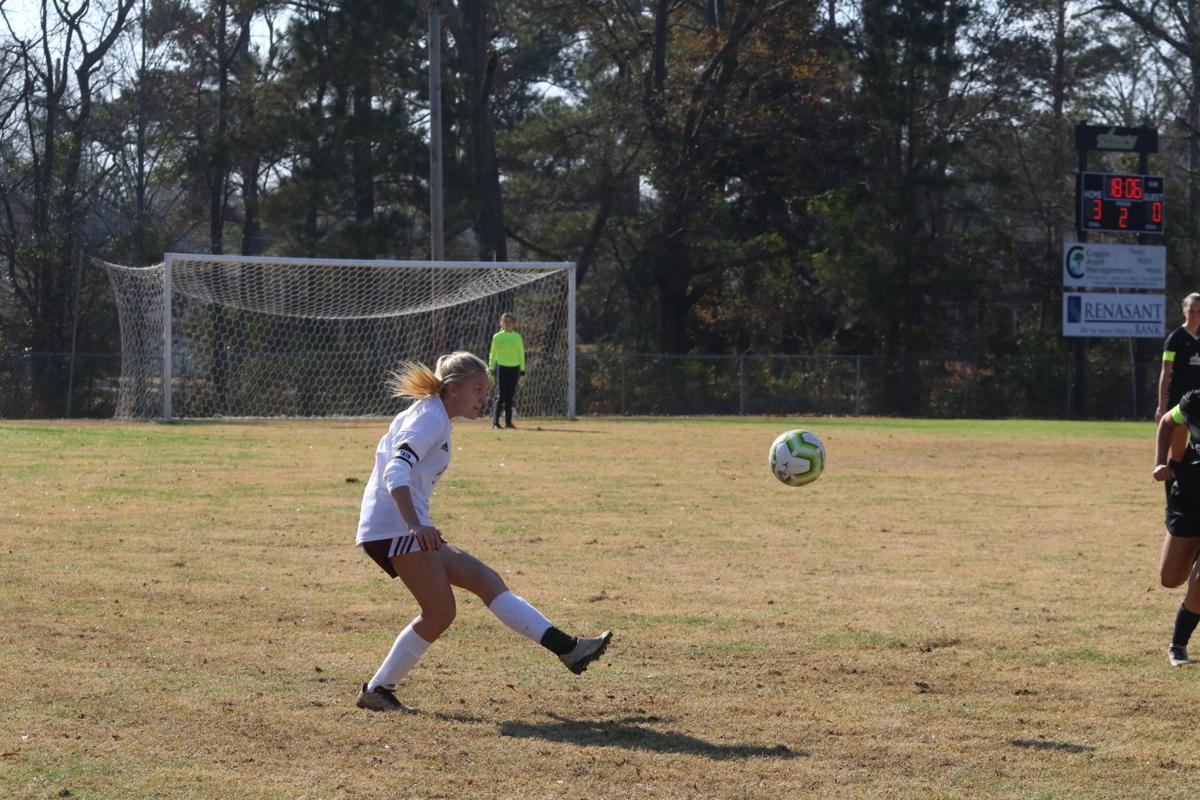 Cameron Stout clears the ball out of the New Albany defensive end as keeper Lucy King looks on. 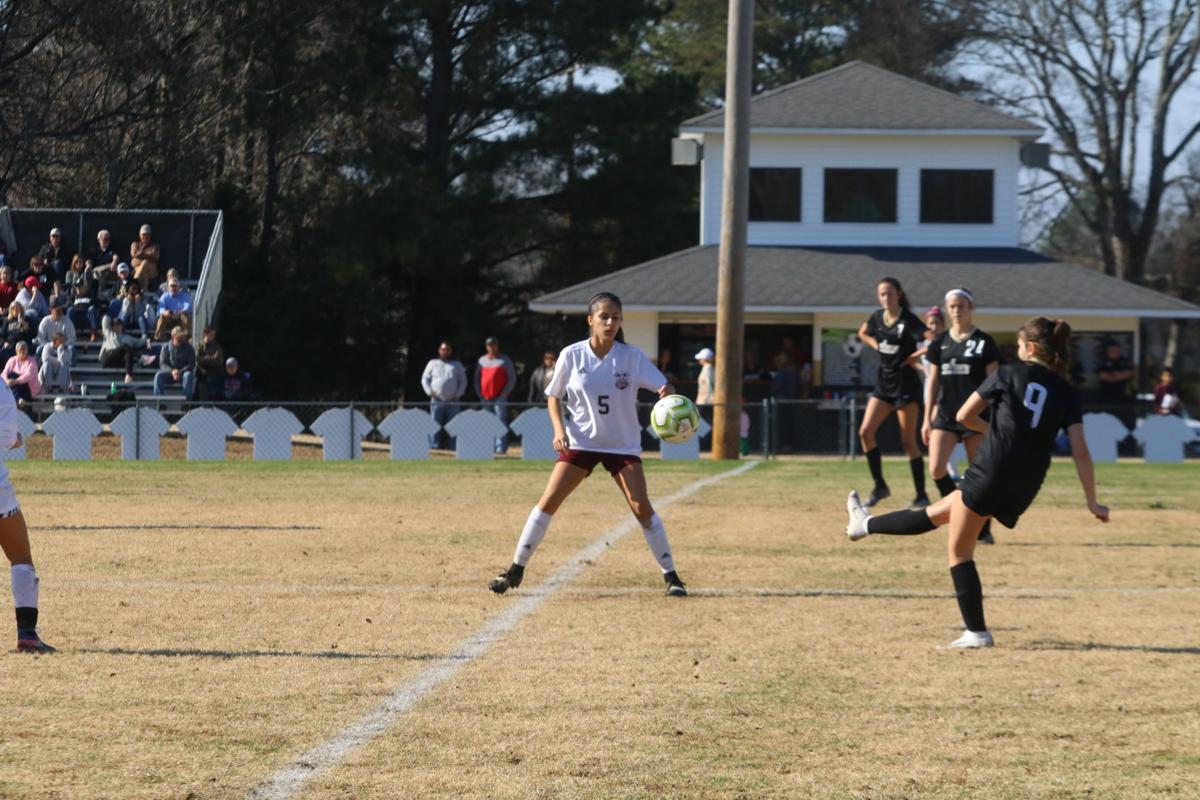 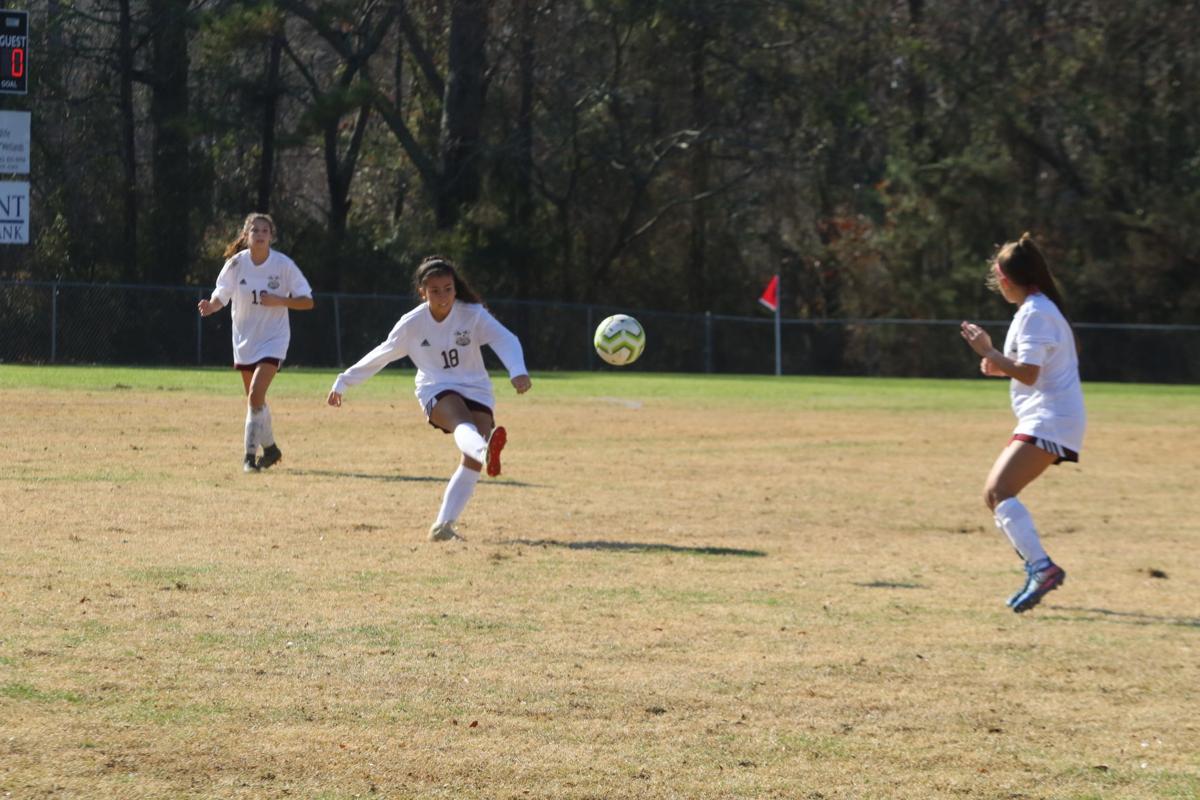 Parker Clayton (white) works against Reed Stanford of Amory during Saturday's match at Amory. Clayton had the hat trick for the Bulldogs.

Ray Bright goes high for the header in the midfield during the second half of play at Amory.

Max Spencer dribbles through the midfield and looks to play the ball forward to a teammate.

Cameron Stout clears the ball out of the New Albany defensive end as keeper Lucy King looks on.

AMORY - Parker Clayton led New Albany to the 4-0 shutout win over Amory on Saturday as the New Albany forward picked up the hat trick with his three goals.

"Parker did a great job of what we call being a 'poacher' in the box and anticipating the play of the ball," New Albany coach Caryl Vogel said. "He has scored eight goals for us on the season and is really starting to come on strong for us. Along with Parker, I thought our front three and midfielders did a great job of creating quality chances."

Clayton broke a scoreless match in the early stages as he found net in the 14th minute to give the Bulldogs the 1-0. He added a second goal in the 20th minute off and assist from Max Spencer to spot New Albany with the 2-0 advantage.

Uriel Aquirre gave Clayton a break on the scoring as he scored the third goal of the first half in the 23rd minute for a 3-0 lead which the Bulldogs would take into the half.

Clayton got the hat trick early in the second half with his goal in the 46th minute to seal the win of 4-0 for the Bulldogs.

Aquirre added an assist to his slate of work on the day and Eli Mejia finished the match with two assists.

"Our center back pairing did a great job of shutting down their striker, who can be a threat up top," Vogel said. "I think the key for us defensively is when we lose the ball, we get numbers behind it quickly from top to bottom. This makes it difficult for teams to counter against us, our whole team has bought into the concept of defending with high pressure."

The Amory win on Saturday followed a division win over North Pontotoc on Thursday for the Bulldogs and both games ended in shutouts.

"In both of these games we have been exposed to having to break down our opponents, which is different than the counter attack style we have played early on in the season," Vogel said. "In soccer, there are many different formations/styles of play that teams can use and the exposure to these different ones will help us in the future when we see them again."

New Albany improves to 6-1 on the year with the win with their lone loss coming at the hands of 6A Clinton by a 3-1 decision.

Macie Williams of Amory scored the first goal for the Lady Panthers on a penalty kick in the 17th minute and wrapped up the scoring in the 73rd minute with her second goal in the 5-0 win.