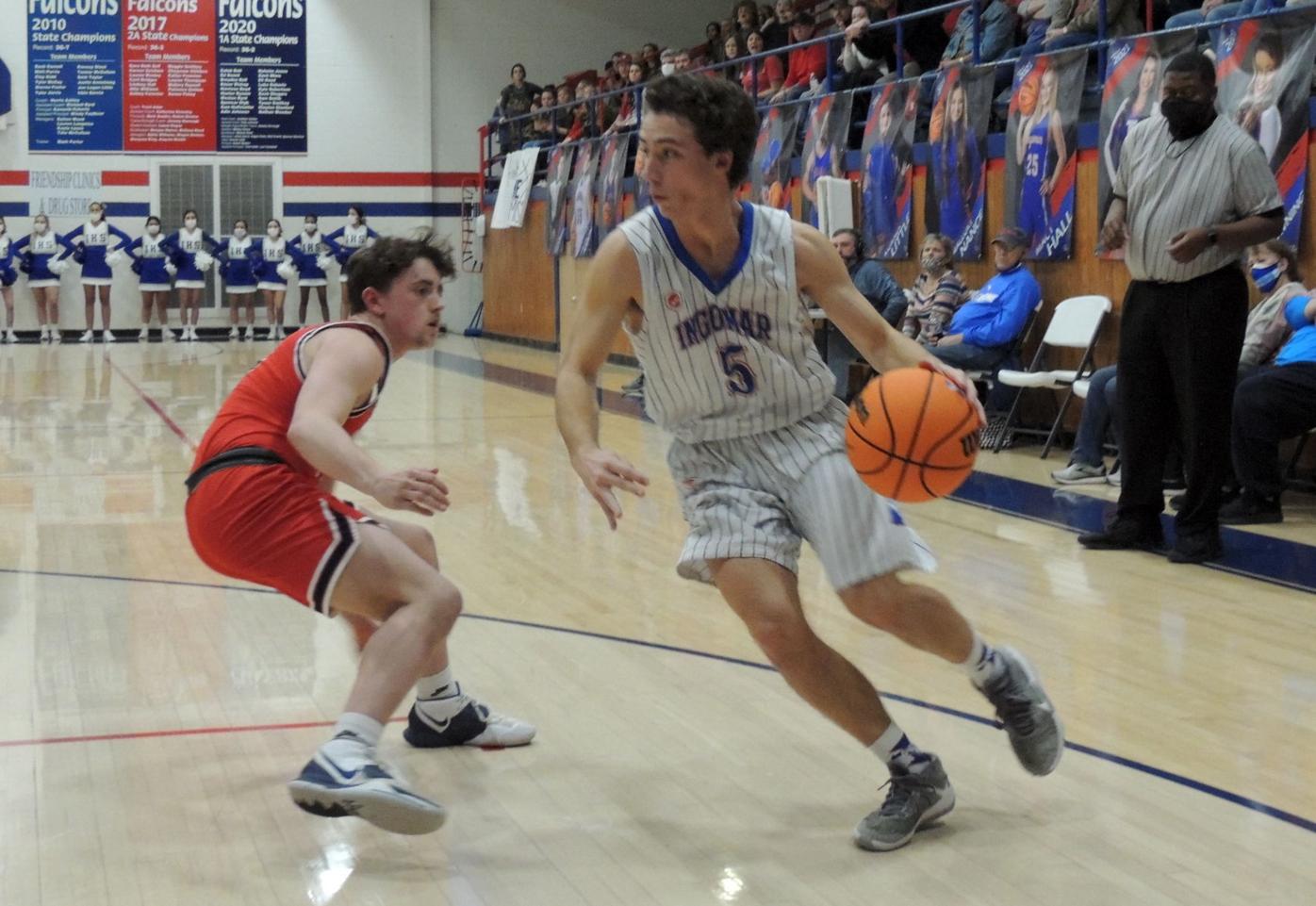 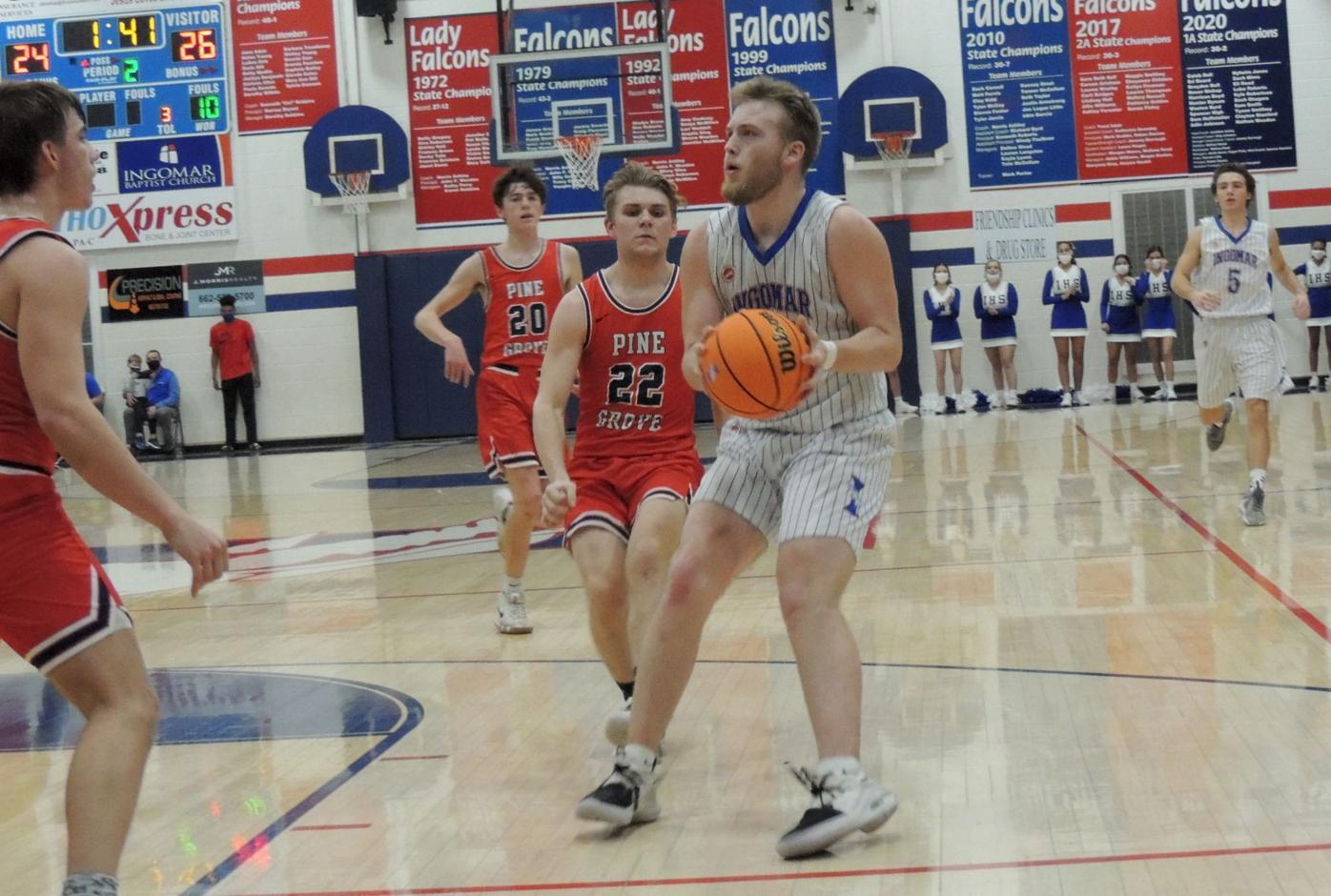 Ingomar's Tyson Smithey hits the brakes and pulls up for a shot against Pine Grove. 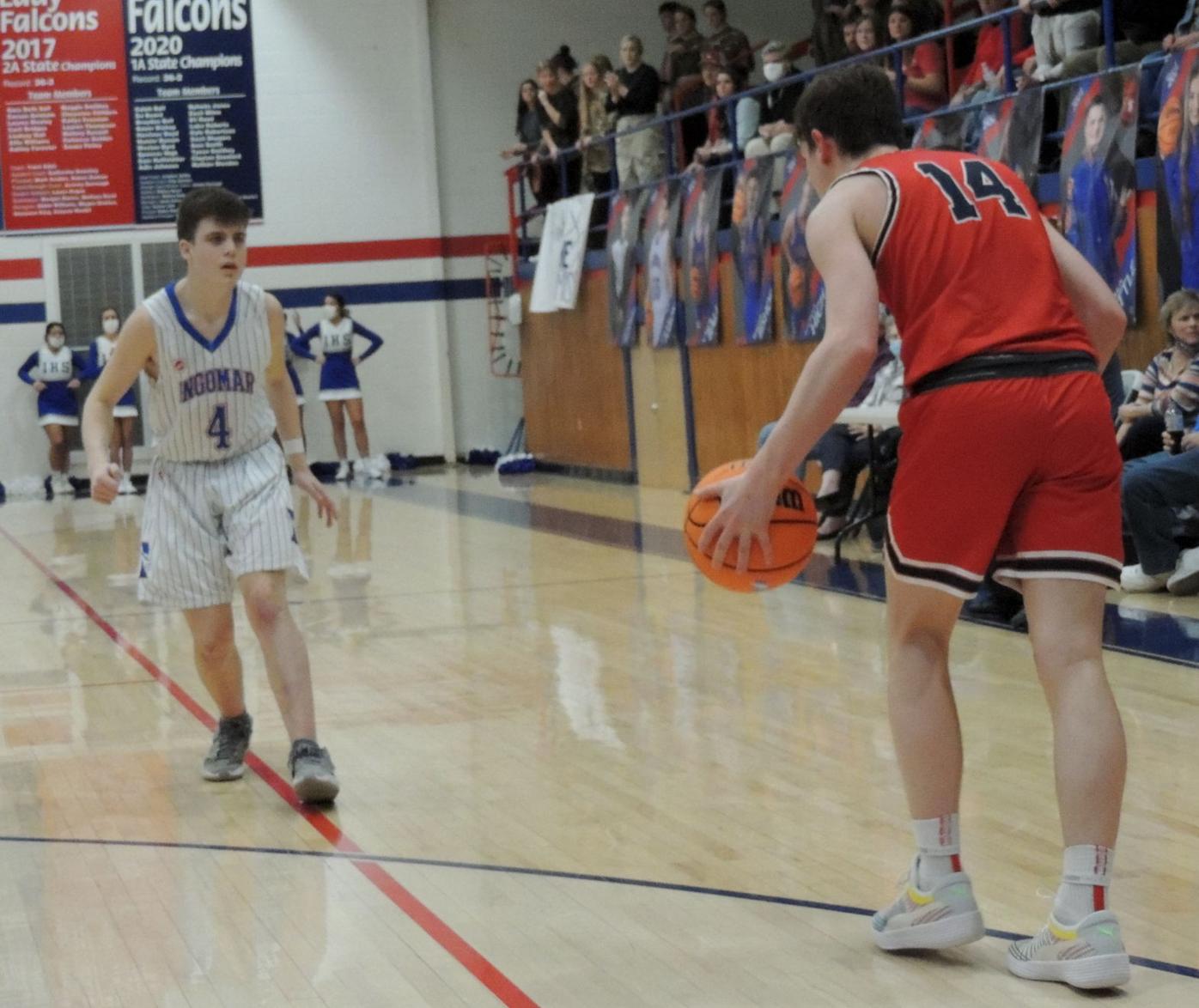 Adin Johnson defended for Ingomar in their second-round 1A win over Pine Grove.

Gene Phelps | Special to the Gazette
1 of 3

Ingomar's Tyson Smithey hits the brakes and pulls up for a shot against Pine Grove.

Adin Johnson defended for Ingomar in their second-round 1A win over Pine Grove.

Senior guard Eli Reed has struggled from the perimeter lately, but in the Falcons’ 61-54 victory over Pine Grove in their Class 1A second-round state tournament game, he was on target at the right time.

Reed’s successful third-quarter 3-pointer was sandwiched between four layups and was part of an 11-0 run that gave Ingomar a 46-35 lead with 2:59 remaining in the period.

The Falcons eventually built their lead to 14 points in the fourth quarter, before Pine Grove attempted a comeback.

Senior forward Tyson Smithey, who led Ingomar with 20 points, opened and closed the third-quarter run with layups. The other two belonged to seniors Zach Shugars and Spencer High.

Ingomar (27-5), the defending state champion, will host H.W. Byers in Saturday’s state quarterfinals. The winner plays next Monday in the state semifinals in Jackson.

For Ingomar, sophomore guard Adin Johnson scored 13 points and connected on three 3-pointers, including his last one with 3:56 remaining.

High opened the fourth quarter with a 3-pointer. His first 3-pointer gave Ingomar a 35-32 lead early in the third quarter.

The Falcons defeated Pine Grove 85-56 Nov. 6, but the visitors came to play in this second matchup.

“This time of year you’re going to get everybody’s best,” Ashley said. “Give them credit, they were on fire. You’ve got weather the storm.”