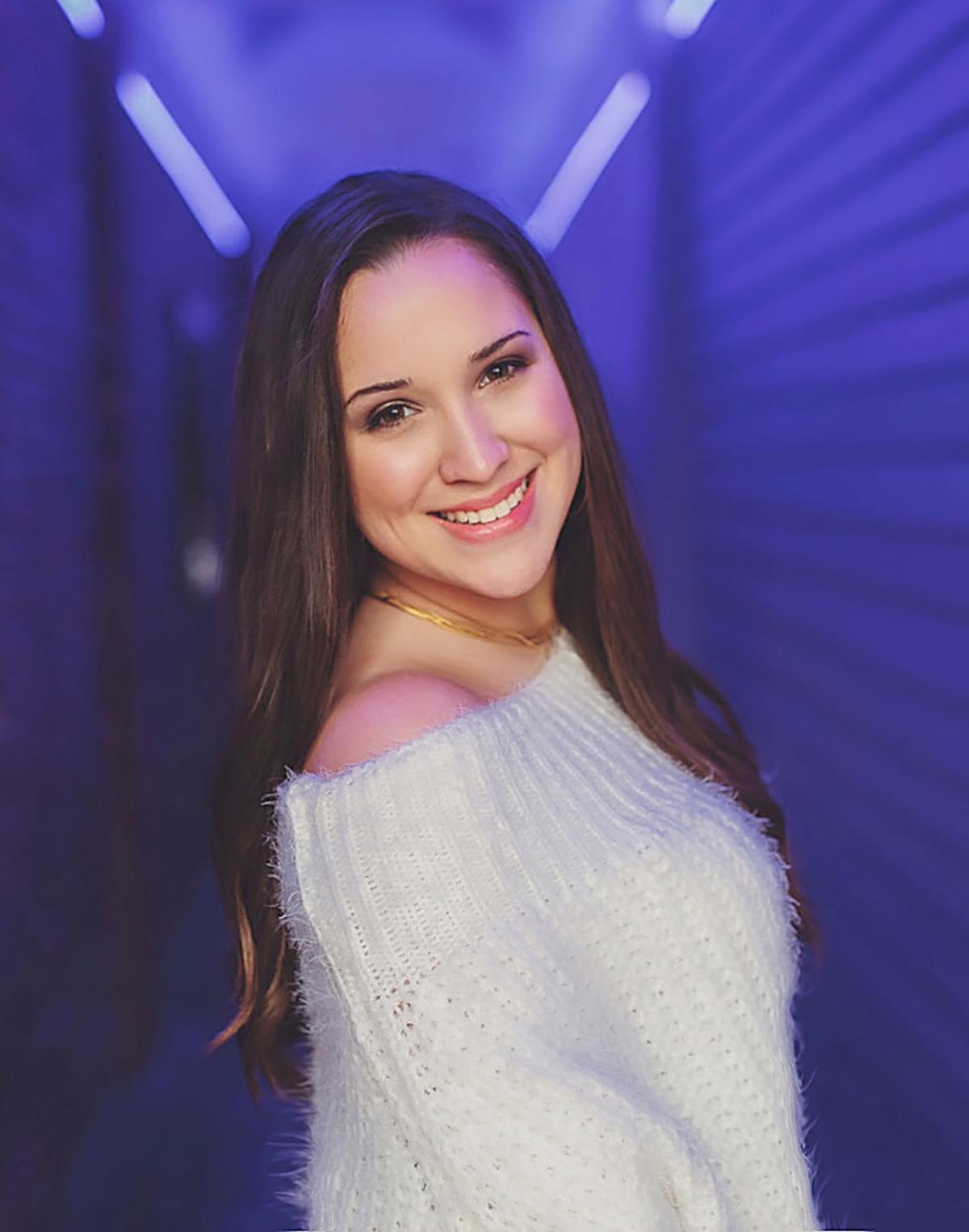 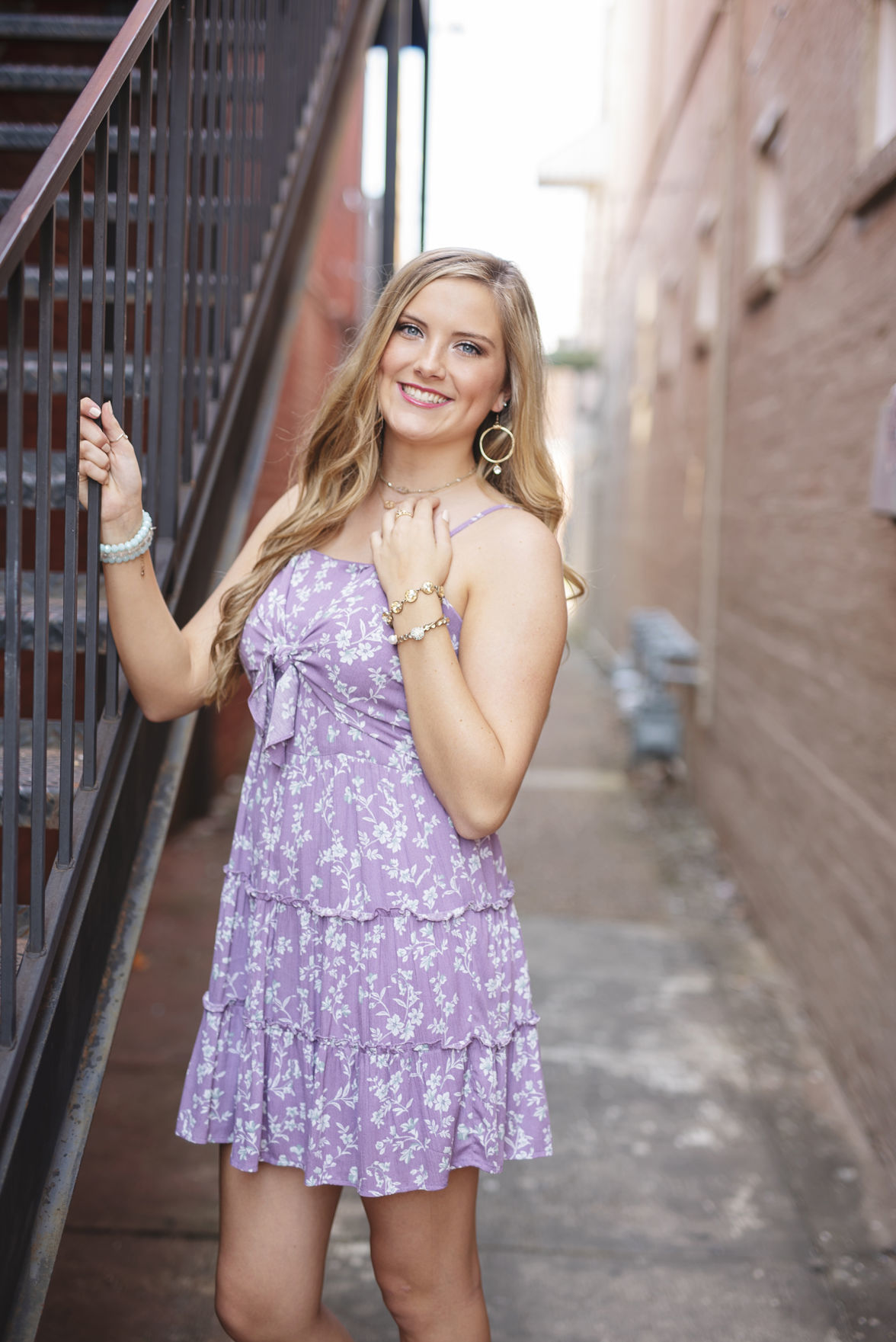 Anna Beth Gandy and Carli Bridges are Ingomar Attendance Center's valedictorian and salutatorian for its 2020 graduating class
Throughout high school, Gandy, the valedictorian, has received multiple swim team awards, including best backstroke and multiple state qualifier awards. She has also received 10 highest class average awards, and has won multiple titles at the Future Business Leaders of America district and state competitions. She is a six-year member of the Ingomar Swim team, of which she was voted captain this past year. She is also a member and has served as president of Beta Club, as well as member of the Anchor Club, SADD Club, Math Club, Science Club, Hospitality Club and FBLA, and has represented her class in the student council twice. She was also chosen to represent Pontotoc Electric at MS Electric Cooperatives Youth Leadership Program.
Gandy has received several scholarships, including one for attending Magnolia Girls State, as well as the Freshman Academic Scholarship, the Colvard Future Leader Scholarship and Valedictorian Scholarship from Mississippi State University.
In her spare time, Gandy also stays busy.
"I enjoy binge-watching Criminal Minds and eating lots of Mexican food, but my favorite activities include diving into God’s Word, attending youth group at New Albany FUMC and working at Camp Lake Stephens at a camp counselor," Gandy said. "I also love cooking and being outdoors."
Gandy offered some advice to her fellow classmates and underclassmen.
"My advice to my fellow classmates is to pursue whatever brings you true joy, and pursue it passionately and wholeheartedly," she said. "To underclassmen: Surround yourself with people who love you at your worst, support you at your best and challenge you to become better."
Gandy plans to attend Mississippi State University to receive a degree in criminology. Her goal is to become a criminal behavioral analyst.

She is the daughter of Beth Farris and James Ray Gandy. Her grandfather, who she said is like a second father to her, is David Brown. Her aunt and uncle are Amy and Eli Whiteside.

Bridges, Ingomar's salutatorian, is also special honor graduate and Mississippi scholar recipient.  She is a member of the Beta Club, Anchor Club, FBLA, Students against Destructive Decisions, Hospitality and Math and Science club, as well as a former member of the Union County Leadership Academy. She was recognized as having a perfect score on her English II state test, has placed first in the district FBLA competition two years in a row and took third place at the state level.  She was awarded a scholarship to Northeast Mississippi Community College for her ACT score, was chosen as second alternate in Ingomar’s annual beauty revue and was chosen as Miss IHS, Best All Around and Ingomar’s Homecoming Queen.

Bridges is a four-year member of the Lady Falcons basketball team. She played basketball on the team up until she was diagnosed with a potentially fatal heart arrhythmia. After her diagnosis, Bridges became a manager for the team. Her     favorite memories of high school include the Lady Falcons winning three consecutive state championships.
She is a member of Hillcrest Baptist Church. She is active in the youth group at Ingomar Baptist Church where she has participated in several mission trips. She also enjoys traveling, going to the beach, spending time with her friends and family, and expressing her artistic abilities anyway she can.

Bridges offered a few words to her fellow seniors and underclassmen.
"Hard work and dedication pays off," Bridges said. "Cherish every moment you make and enjoy the little things. Never take anything for granted."
The Inogmar salutatorian plans to attend NEMCC in the fall, where she will pursue a degree as a dental hygienist.
Bridges sis the daughter of Anthony and Natasha Bridges. She has two brothers, Cody and Clayton and one sister, Catherine. Her grandparents are Bill and Linda Grisham of New Albany, Barbara Bridges of New Albany and Richard Bridges of Ripley.