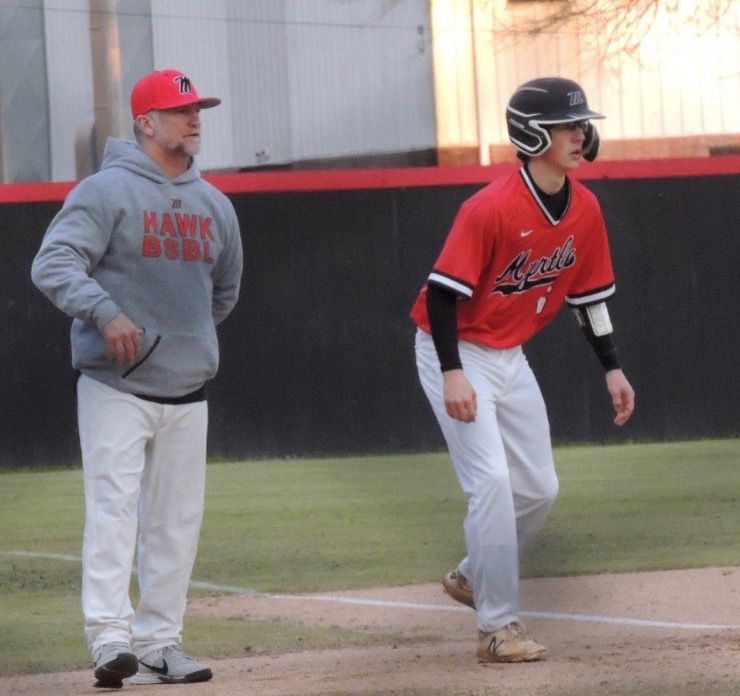 Robert and Paxton Gordon saw the Myrtle baseball season come to a stop due to the COVID-19 virus this spring. 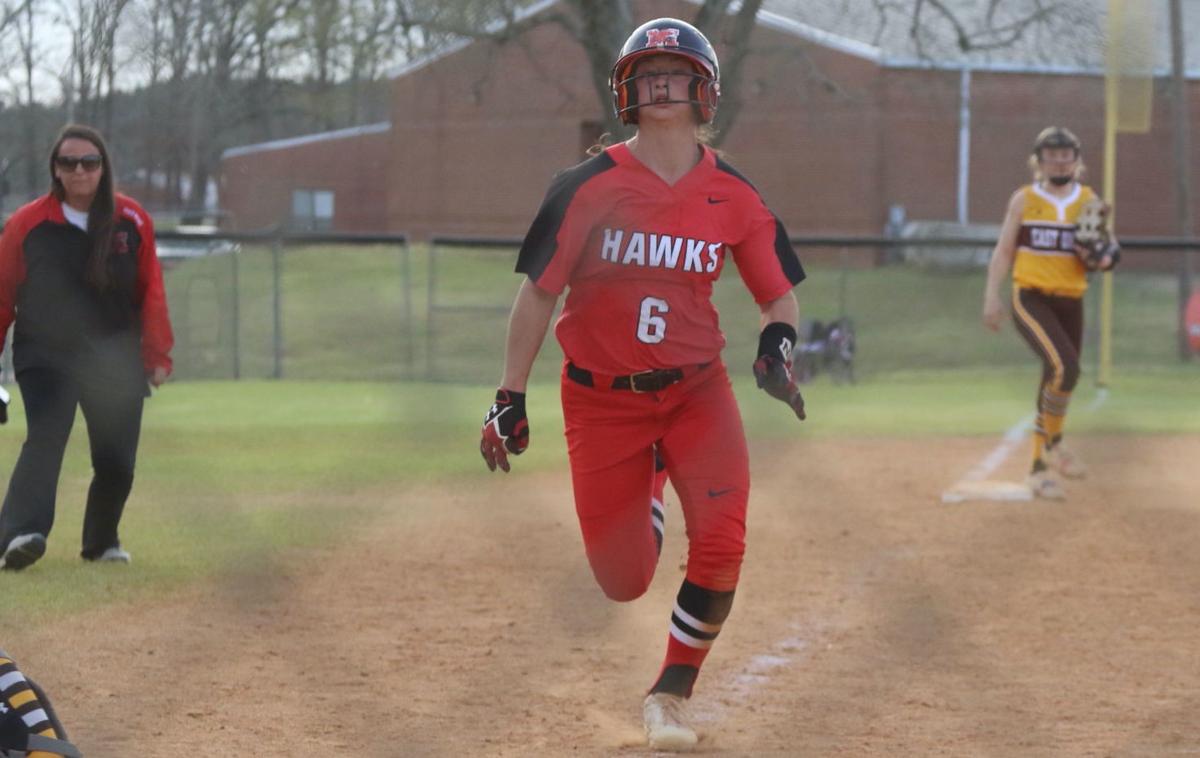 Brooke and Kinsley Gordon had great expectations for the Lady Hawk softball program in 2020, but the stoppage due to coronavirus brought those to naught.

The Gordon family of Myrtle experienced firsthand the disappointment of seeing the spring sports season and school being suspended by the coronavirus. Pictured from left - Robert, Brooke, Paxton and Kinsley Gordon.

The Gordon family enjoyed the Myrtle Homecoming festivities back in the fall of 2019. Pictured from left - Robert, Brooke, Paxton and Kinsley Gordon.

Photo courtesy of Brooke Gordon
1 of 2

Robert and Paxton Gordon saw the Myrtle baseball season come to a stop due to the COVID-19 virus this spring.

Brooke and Kinsley Gordon had great expectations for the Lady Hawk softball program in 2020, but the stoppage due to coronavirus brought those to naught.

The Gordon family has shared a lot of memories on the fields of competition during the spring sports seasons, but nothing will quite compare to this year. The coronavirus situation has brought the season to a screeching halt for all four members as coaches and players.

Robert Gordon is the head coach of Myrtle baseball while Brooke coaches the Lady Hawks softball team. Their son Paxton is a senior on the baseball team and daughter Kinsley plays on the softball team. She also is a defending state champion in track and field for Myrtle in the discus.

"I just think this has affected my players the most because it's one less high school season they will be able to play baseball," Robert said. "The majority of players don't get to play beyond beyond their high school careers and this year we lose four seniors which one happens to be my son, Paxton.

"As a coach-daddy, I've always looked forward to coaching my kids. This is my 23rd baseball season as coach and this was the year for my wife and I to be called over the loudspeaker as the proud parents of our senior baseball player, that alone absolutely breaks my heart."

Brooke was starting her second season as the head coach of the Myrtle softball program and saw a promising season come to an abrupt halt.

"This has definitely been one of the hardest things I've gone through as a coach," Brooke said. "These girls are my sanity and I absolutely love coaching them and couldn't ask for a better group.

"This team has so much energy and we were so excited about our upcoming season. We didn't end last season the way we wanted and have been preparing for our upcoming season with many, many hours of hard work in hopes of a great season. The sudden end was quite shocking to everyone and my heart hurts for all athletes, especially the seniors who are missing out. I just wish they had the closure to their high school career that each of them deserve, I pray daily for them and their families' safety and health during this time."

Paxton should be currently enjoying his senior season on the baseball diamond for the Hawks, but the shutdown of the season brought that to a sudden end.

"With me being a senior, this has been tough, not being able to play the sport I have loved ever since I was able to pick up a ball," Paxton said. "All of this happening this year has me asking myself, why now, why my senior year, why does this have to happen during my favorite time of the year?

"Another thing that hits hard is not being able to spend time with my brothers (teammates) and create memories that I would never forget - the conversations there and back on the bus on game-day, game-day shenanigans and the long practices working hard, but having fun while we do it. Also, the hardest thing of all is knowing I won't get my senior night, play my last high school game with my team in our brand new uniforms or on our field ever again under the greatest coach ever, my Dad!"

Kinsley has competed the past several years as a softball player as well as a track star for Myrtle and she saw both of those sports end with a lot of unfulfilled hopes.

"Not being able to play softball or compete in track is definitely the toughest thing for me," Kinsley said. "I have been looking forward to both softball and track season all year and to get that ripped away was heart-wrenching, but I couldn't imagine how my brother and the rest of the seniors felt.

"Also, not getting to see my teammates everyday is hard, going from spending three-plus hours a day practicing with them to not seeing them at all is really hard. I miss them more and more everyday and hopefully soon we can get back to work, but for now we are just trying to stay healthy and safe."

Paxton had several goals set for himself and his team going into his senior season as a Hawk baseball player with his main goal being a leader on and off the field for his Myrtle teammates.

"My first and main goal was to be the 'leader' on our team, in my mind being a leader is more than leading in stats and being the best player," Paxton said. "I personally wanted to leave a mark on all the underclassmen, whether it was on or off the field.

"Another goal I had was to be the teammate that everyone could count on in any given situation whether it was to get a big hit, run down fly balls, coming in to pitch or whatever it was, I was willing to give 110 percent for my teammates. My team's main goals were to play as a team, find ways to win, winning the division was a top goal of ours as well as making it as far as we could in the playoffs."

Kinsley also had visions and goals of being a leader on both her softball and track and field teams for the 2020 season.

"In softball, I wanted to be a leader for my team because in my eyes, having no seniors was a big deal," Kinsley said. "I saw it as a way where I could step up and not only lead my team better, but to be the teammate that most of the girls looked to for advice and leadership.

"Remembering how we ended our 2019 season lit a fire in me that made me want to push myself and my team to get back to where we were two years ago, but not just get back there, but to finish it. I was willing to give it all I had to try and make our team the best it could be."

Kinsley had much the same aspirations for track and field which offered the same scenario, no seniors with only a couple of juniors.

"Personally, for the 2020 track season I wanted to win not just one individual title, but maybe a couple," Kinsley said. "With the young talent that we had, I truly believed we had a really good chance of taking the state championship title this year.

All the Gordons said they have spent a lot of time as a family working, playing, practicing, fishing and cooking together and it has been time well-spent.

"During this time, we have done many different things together as four," Brooke said. "We have had more meals together as a family and helped each other with different tasks such as opening our pool, cleaning out flower beds and even helping me cook!"

"Well for me, I am a busy-body so I've been very active in the yard and have completed many different projects," Robert added. "We've had a lot of family time together and spent it fishing, bike riding, playing corn hole, ping pong, cleaning out the pool and working on the kids softball and baseball skills as much as possible."

Robert addressed some of the issues that they have attempted to work out regarding the social distancing.

"It's just been awful because there is just absolutely nothing we can do about it," he said. "Our children have had so many questions that we just can't answer. The years you have coaching your kids goes by so fast and are precious memories that will last a lifetime."

Despite the negative impacts that the Gordon family has experienced with the suspension of sports and the dismissal of school, the positives have been many and they see themselves as blessed.

"Wow, the first couple of weeks it was like a freaking emotional rollercoaster at the Gordon house," Brooke said. "Having a senior and not knowing if he would ever get to step foot on the field again is very heartbreaking. None of us had a clue what to do, what to say or how to even carry on a conversation without crying (me)!

"We have been so blessed, Robert and I, to coach the job we love and have our children be a part of it. It's not the easiest coaching your own child, but I thank God for giving us the opportunity. For the last 19 years coaching/sports has been a norm for us, it is a major part of our daily lives. We would leave our house early in the morning and return late at night, to turn around and do it again the next day. Now we don't have it and it has taken some time to get used to it."