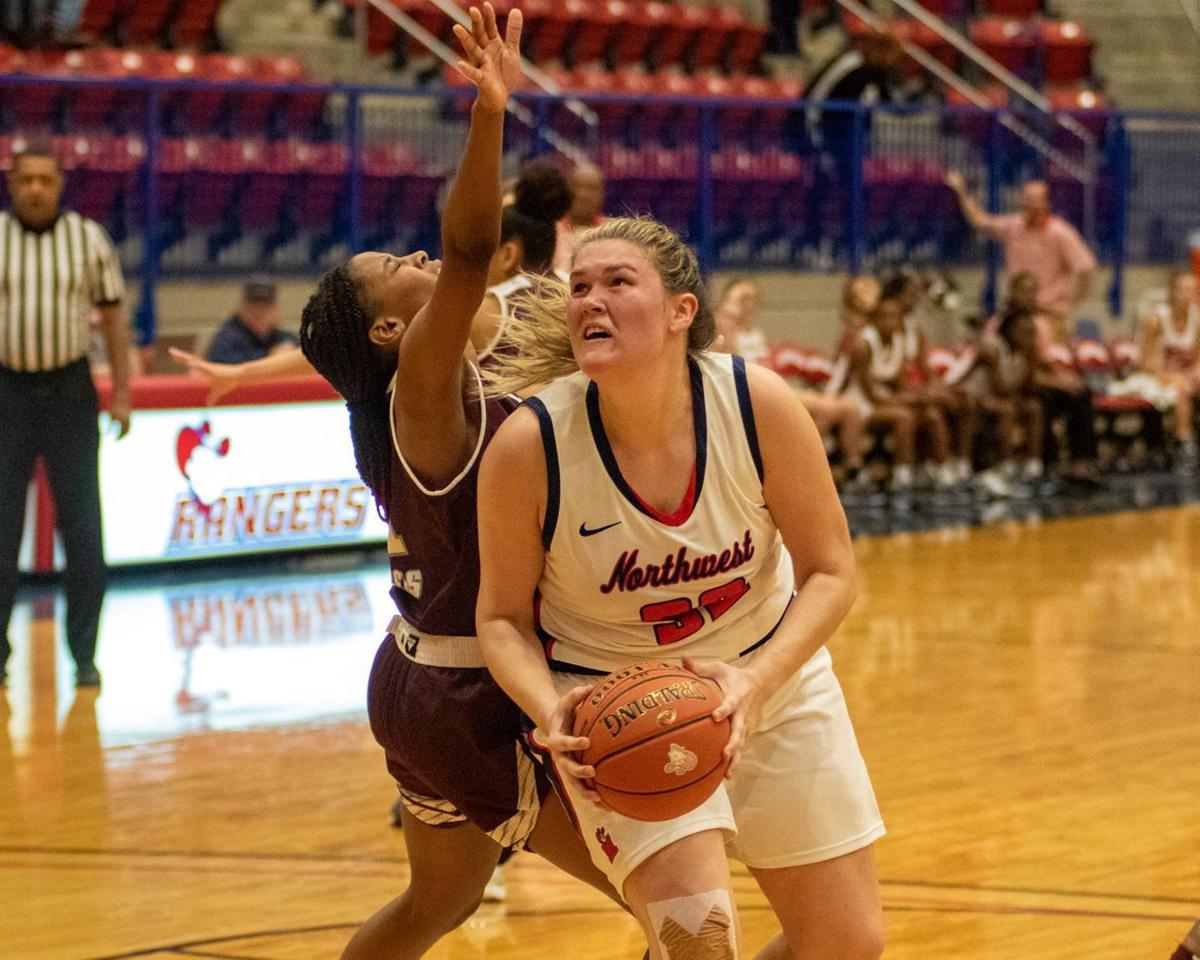 Mallory Russell of Northwest made the Region 23 All-Tournament team and is now heading to play at Blue Mountain College. 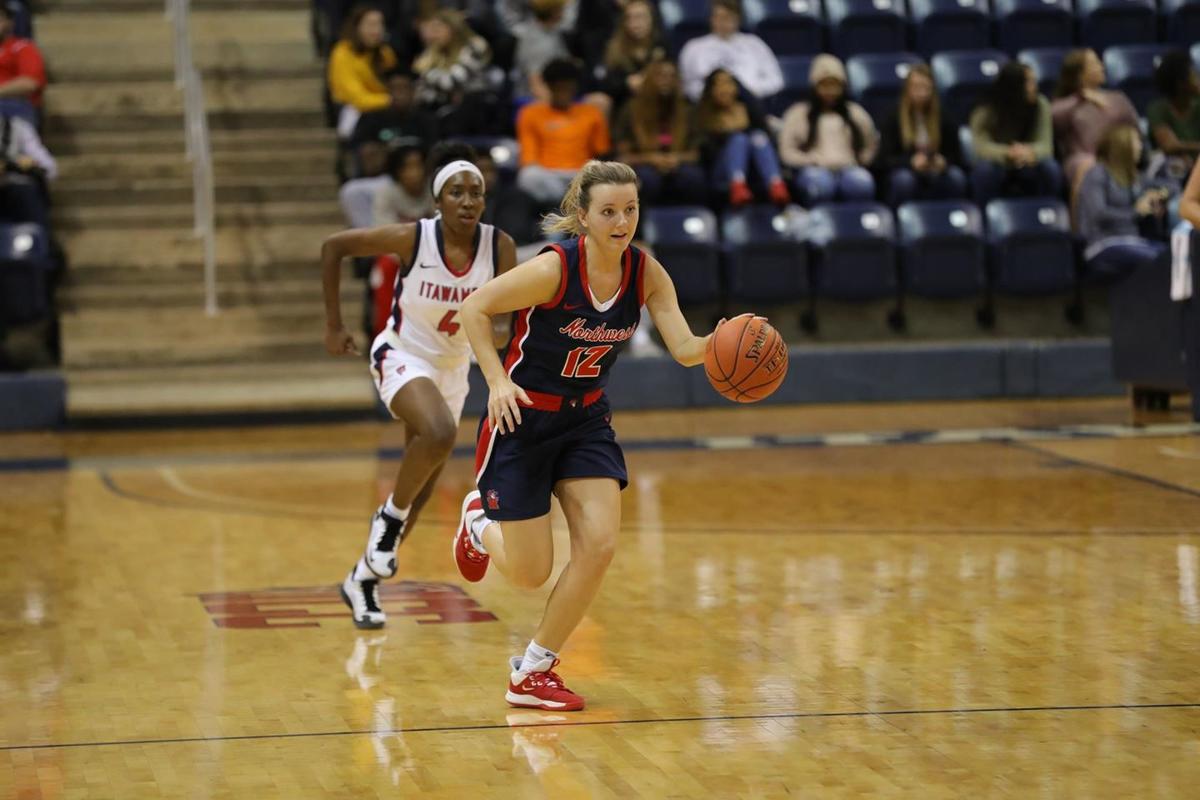 Lindsay Hall was named to the Region 23 All Tournament team for Northwest and recently signed with Blue Mountain College. 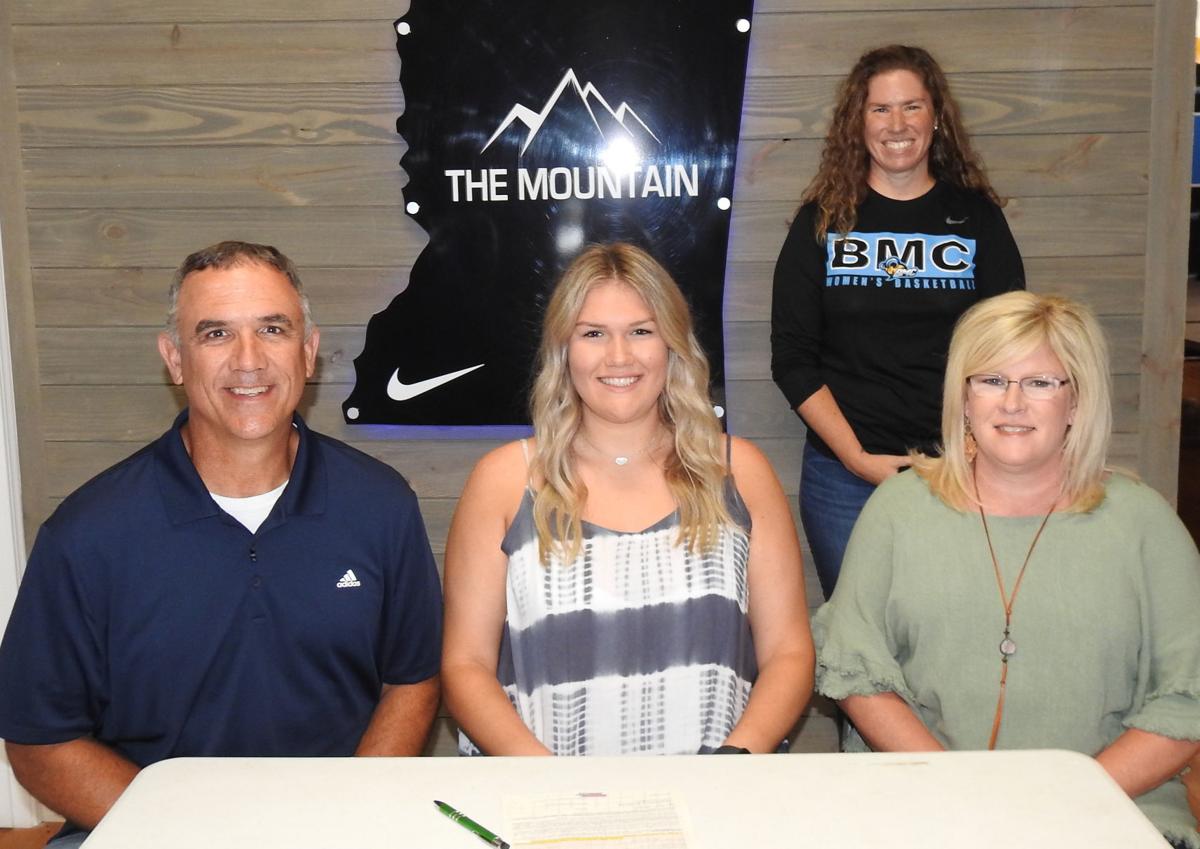 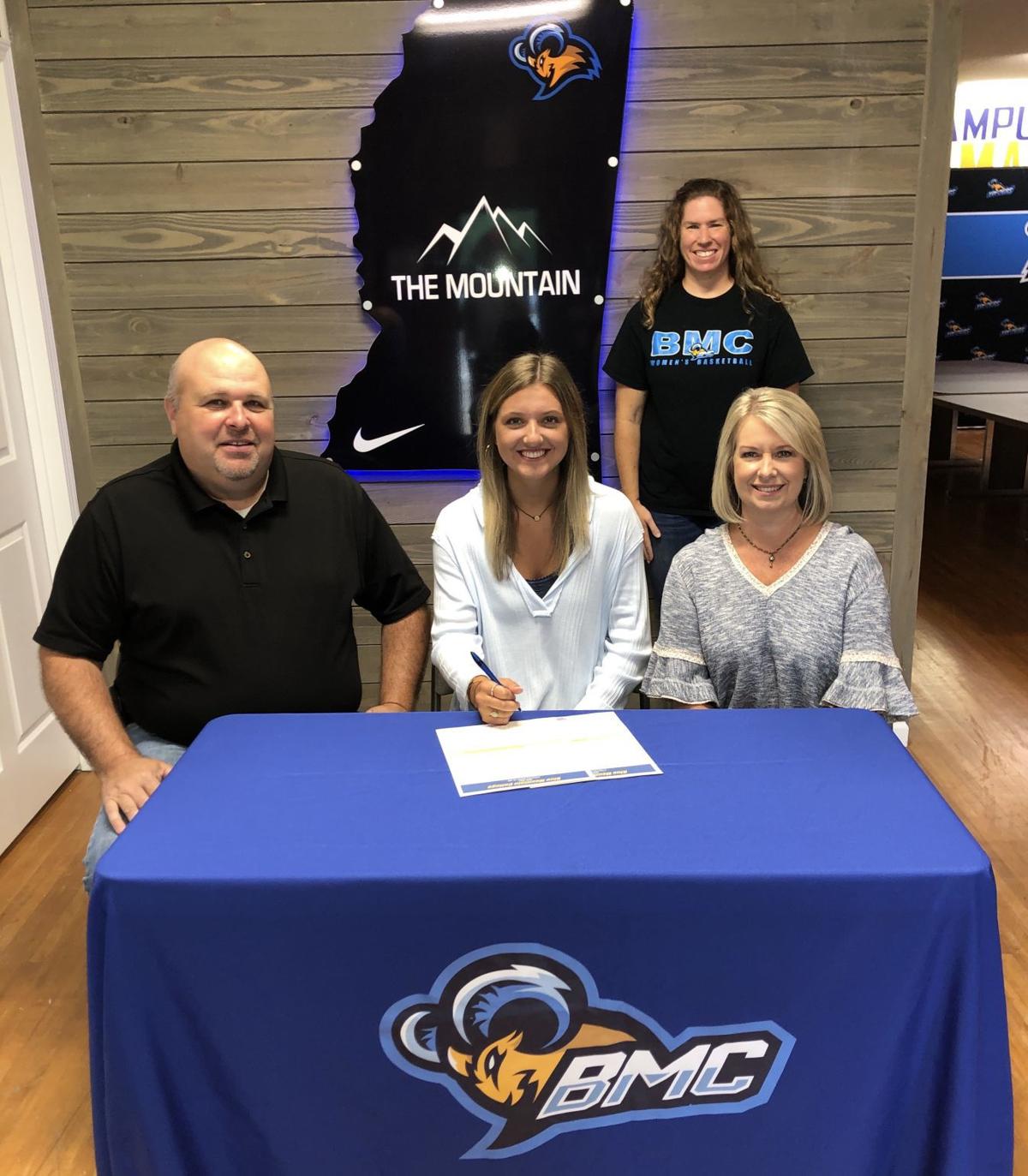 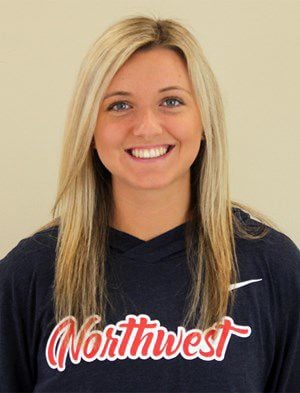 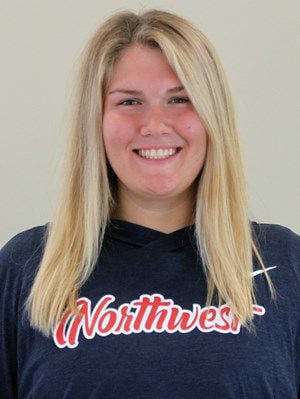 Mallory Russell of Northwest made the Region 23 All-Tournament team and is now heading to play at Blue Mountain College.

Lindsay Hall was named to the Region 23 All Tournament team for Northwest and recently signed with Blue Mountain College.

The dynamic duo recently signed within days of each other with Coach Tracy Rice and are excited to continue their life-long friendship and playing careers with the Blue Mountain Women's basketball program.

Hall and Russell recently shared their recruitment process and how they came to sign with the Lady Toppers in late June.

"When I left Northwest, my plan was to leave basketball behind and focus more on my career path," Hall said. "I received a call on a Monday morning from Coach Tracy Rice from Blue Mountain College asking me if I would be willing to come for a visit and talk about possibly signing to play basketball for the Toppers. I went for a visit on Friday of that week and decided I needed a little time to pray about it. After much prayer and consideration, I decided to accept the offer."

"I have had multiple schools in Mississippi and other states try to recruit me to play next year but at the time I thought I was done playing so I told Coach (Troy) Howell that whoever called him to tell them that I was done," Russell said. "Well we all know that God has bigger and better plans for us. Coach Tracy reached out to me and I decided to go on a visit and all but fell in love with the campus and it was just an offer I couldn’t turn down!

Both players were careful to include their majors in the recruitment process in order to follow their life goals after basketball is over. Blue Mountain offered the curriculum both would need in their classroom experience plus the college seemed to be a good fit for both spiritually.

"I truly felt like Blue Mountain was the perfect fit for me," Hall said. "I had an instant bond with Coach Rice and that, along with a positive environment, led me to my decision. I could not find one negative thing about Blue Mountain or the basketball program. My major is Exercise Science and then hopefully being admitted to Physician Assistant School. They have a wonderful program there that will help with my career path."

"The strongest selling points for me were how it felt like home when I walked on campus," Russell said. "I love how it’s so Christian-oriented and that there are bible verses on the walls in classrooms. Another selling point was how close to home it is! BMC also has my major, which before I signed I wasn’t exactly sure what I wanted to major in I just knew it was something that would lead me to physical therapy! So I am now planning on majoring in Biology-Pre Physical Therapy."

Hall and Russell began their journey as teammates many years ago and both players expressed delight and surprise that basketball has taken them so far and to so many places together.

"Wow, Lindsay and I started playing basketball together what feels like a lifetime ago," Russell said. "If you want me to be honest I don’t know the exact time we started playing together but it was around the fourth or fifth grade and we’ve played together ever since.

"Being able to continue my basketball career with Lindsay is something very special to me. We have been best friends since the second grade. I never thought that we would even play Juco ball together. We both thought that after Northwest we were gonna go our separate ways and that basketball wasn’t in either of our futures. I am so happy to be able to play two more years with her as a teammate that I have shared many of practices and games with."

Hall echoed Russell's sentiments on their longtime friendship and playing careers saying "It's very hard to put something that special into words.  Mallory and I have been playing together since fifth grade.  We experienced things that most friends do not get to experience...we celebrated three back to back state titles in high school, we were both offered a scholarship to play ball at the collegiate level and enjoyed our time together on and off the court, and after leaving Northwest we thought we would be separated by miles but not in our hearts.

"There's no explaining how I feel about getting to play two more years with my best friend.  You just don't see things like this happen.  These have been some of the best years of my life and I'm looking forward to the next two years."

Hall and Russell shared how their most recent experience at Northwest was different from what they had gone through at the high school level.

"My first year at NW was rather bumpy," Russell said. "I went from never losing at Ingomar, to having a losing season. My second year at NW was a lot better than the first when it went to winning. We had a winning season and the team clicked so well.

"Overall I wouldn’t trade it to the world. I’ve met some of my best friends for life on that team. a game that stands out to me would be our second to last game against Mississippi Gulf Coast CC, it was probably one of my proudest wins at Northwest. We played so well as a team and fought tooth and nail and finally pulled out the win! It was also a plus to finally beat the girl that help give us our only loss my senior year."

This past year at Northwest, we were definitely the under dogs," Hall said. "We came out of a losing season and there was no hope for us to be any better. We held ourselves to such a high standard from the very beginning. There were hardships and it may have not ended how we wanted it to, but I wouldn't have changed anything.

The Ingomar years for both players will always be special as they were part of a tightly-knit team that translated that into success on the court.

"Playing at Ingomar is something you can't explain unless you've played there yourself," Hall said. "Ingomar is nothing but family and I want my kids to experience the same thing I did. Coach (Trent) Adair is definitely one in a million, you can't get any better than him. He helped me with not just basketball, but with life. I will always look up to him.

"Coach (Katherine) Downing and Coach (Jeremy) Dorrough played special roles in my basketball career also and I am very thankful for them as well. For my teammates, there are no words to explain how much I love them and what a blessing it was to play ball with girls that I truly felt were my sisters. Winning the state championship three years in a row is something that most teams don't get to experience, and it is something I will hold dear for the rest of my life. God has truly blessed me!"

"I don’t have the words to describe my career at Ingomar," Russell said. "That place and my teammates will forever be something I cherish. A few of the moments that I won’t ever forget are the championship games of course, but beating Heidelberg, a game we weren’t suppose to win will forever be my favorite."

Hall and Russell were both asked if they ever saw their careers going this far and what advice they would offer to younger players pursuing their careers.

"When I was younger, I never saw myself going to play ball in college," Hall said. "As I grew older and things got more real, I knew that it was meant to be for me to continue my career somewhere above the high school level.

"For anyone that has dreams to play on after high school, follow them! You'll never regret following them, but you will regret running from them. Play every game like it is your last because it very well could be, and when you think 'I have done all I can do', push yourself and do more. Shoot twenty-five more free throws, make one hundred more shots, and run ten more sprints. It will only help you in the end."

"Honestly, no I never thought I would have made it as far in collegiate basketball as I have," Russell said. "It was always a dream of mine for as long as I can remember. We talked about it when we were younger playing college ball together and now it looks like we’re gonna play all four years of it together.

"Never give up your dreams. It doesn’t matter how hard it gets, never give up, never stop. Always have a positive attitude in practice, games, workouts, whatever you’re doing in sports and in life. Don’t take a game or practice for granted. Make sure to listen to your coaches and be coachable and always make sure to have fun and to never be satisfied with where you’ve gotten.  You can always get better."

Both players shared their goals for the final two years of their playing careers together at Blue Mountain.

"A goal for the next two years is to hopefully end up in another championship game with my new teammates," Russell said. "I’m excited to see what these next two years hold!"

"My goals for the next two years of basketball is to be a missionary to my teammates and people around me," Hall said. "I feel that God has called me here to be a light to others, and to also grow my relationship with him while doing what I love. I also hope to succeed on the ball court and be the best person in my position at all times."

No matter what the upcoming season and semester hold for Hall and Russell, they will be forever glad to spend these final basketball experiences on and off the court together.