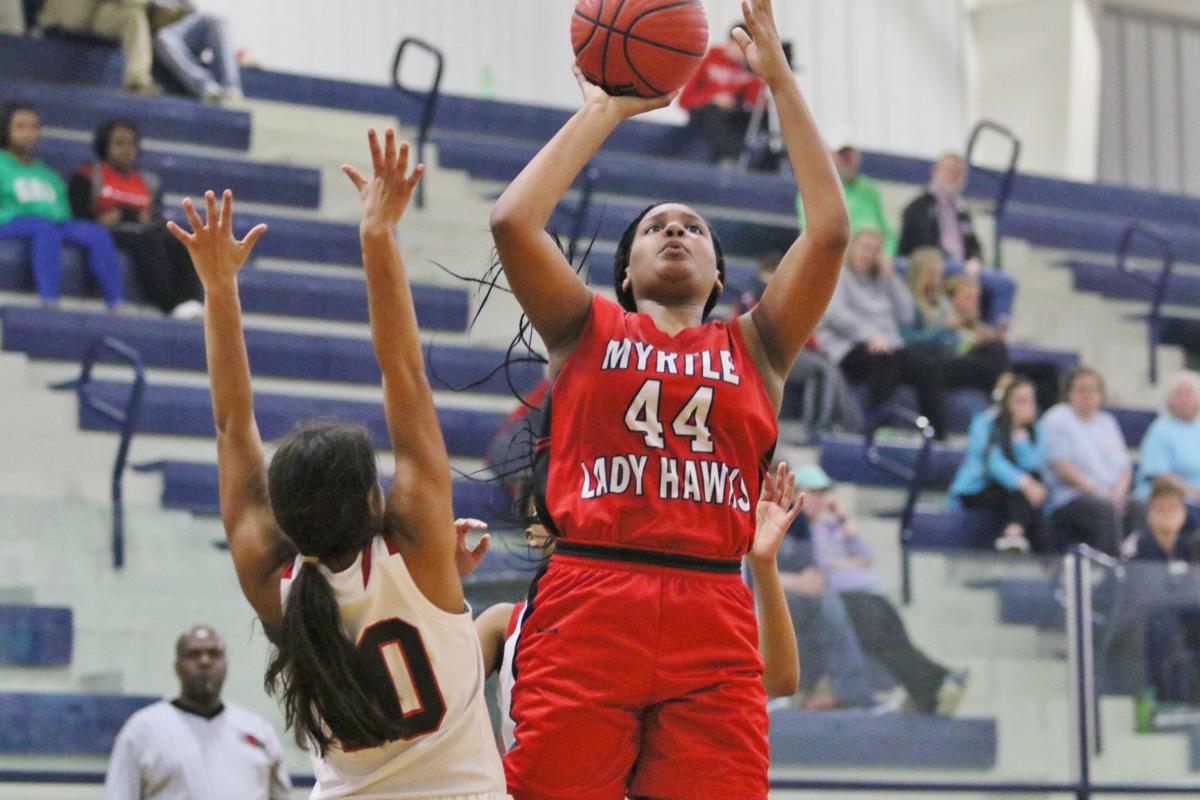 Myrtle's Charlize Williams shoots over Hickory Flat's Delayni Odom in the first half of Wednesday's Div. 3-1A Tournament semifinals. 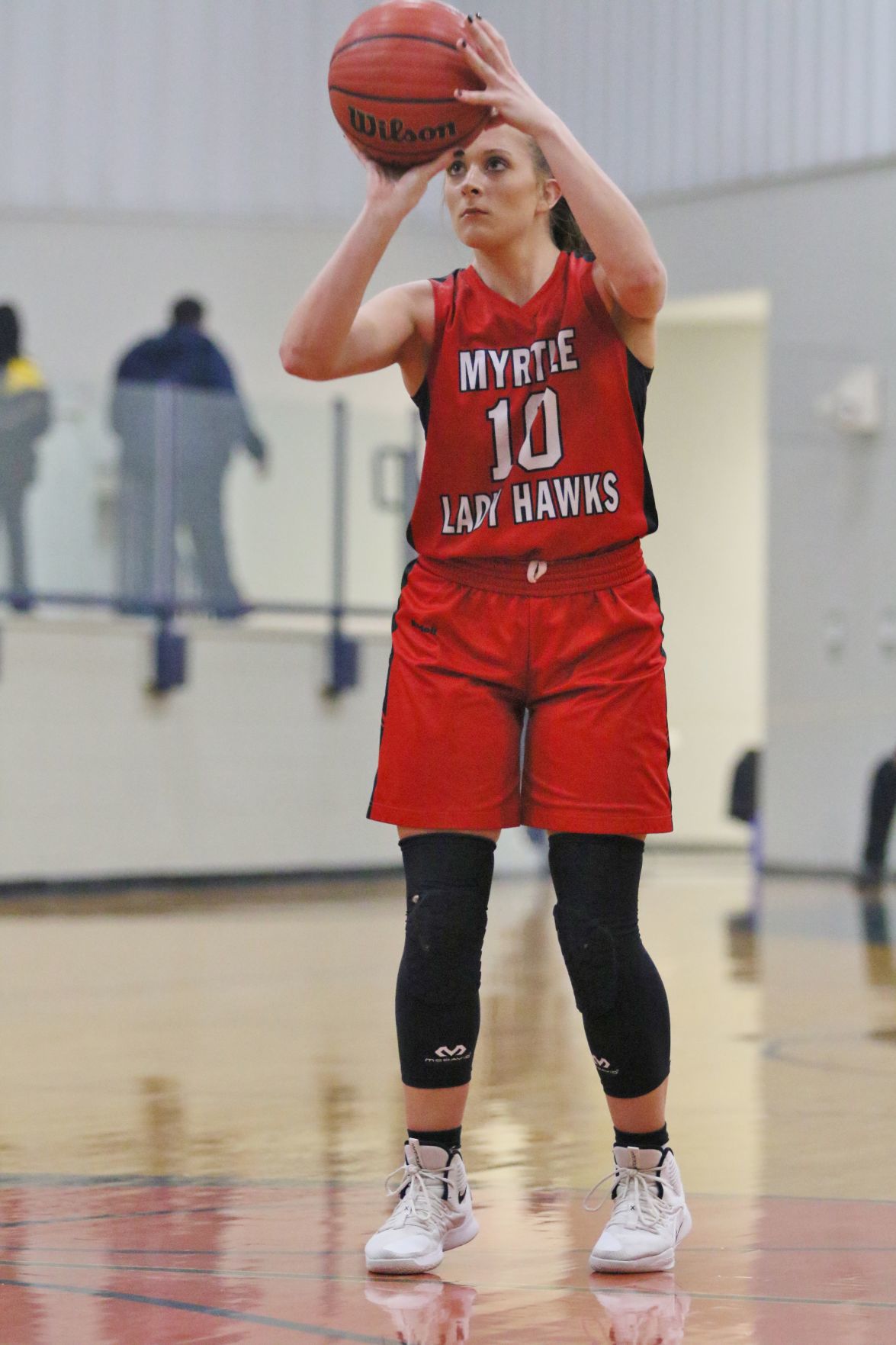 Myrtle's Charlize Williams shoots over Hickory Flat's Delayni Odom in the first half of Wednesday's Div. 3-1A Tournament semifinals.

ASHLAND - The Lady Rebels struck first with the game's first four points and held the lead throughout the game as they won 62-51 over Myrtle. Hickory Flat's senior sensation R'Daztiny Harris, who is the state's leading scorer, dominated the Lady Hawks with an impressive 35 points, 12 rebounds, seven steals and five assists.

“She is a special player,” said Hickory Flat head coach Brent Kuhl. “We had a starter out tonight and she picked up the slack and carried us to a win, just like she has all year. I'm glad she's on our team.”

Hickory Flat built a 16-7 lead a minute into the second period before Myrtle's Breanna Smith buried her first 3-pointer with 6:27 left to cut the lead back to six. From there, the Lady Rebels took control of the game with a 9-0 run with six points coming from Harris. Hickory Flat led 29-14 at halftime.

The Lady Rebels extended their lead to 20 by the end of the third quarter, 52-32, behind 14 points in the period from Harris and three 3-pointers from freshman Abby Tatum. Tatum nailed five 3-pointers in the win on her way to 17 points.

The Lady Hawks made a run in the fourth behind the hot shooting of Kinsley Gordon. Gordon hit back-to-back 3-pointers early in the final quarter to cut the lead down to 15. The sophomore guard poured in 11 of her team-high 22 points in the fourth, helping Myrtle get within 11 with just under three minutes to play but it was too little, too late.