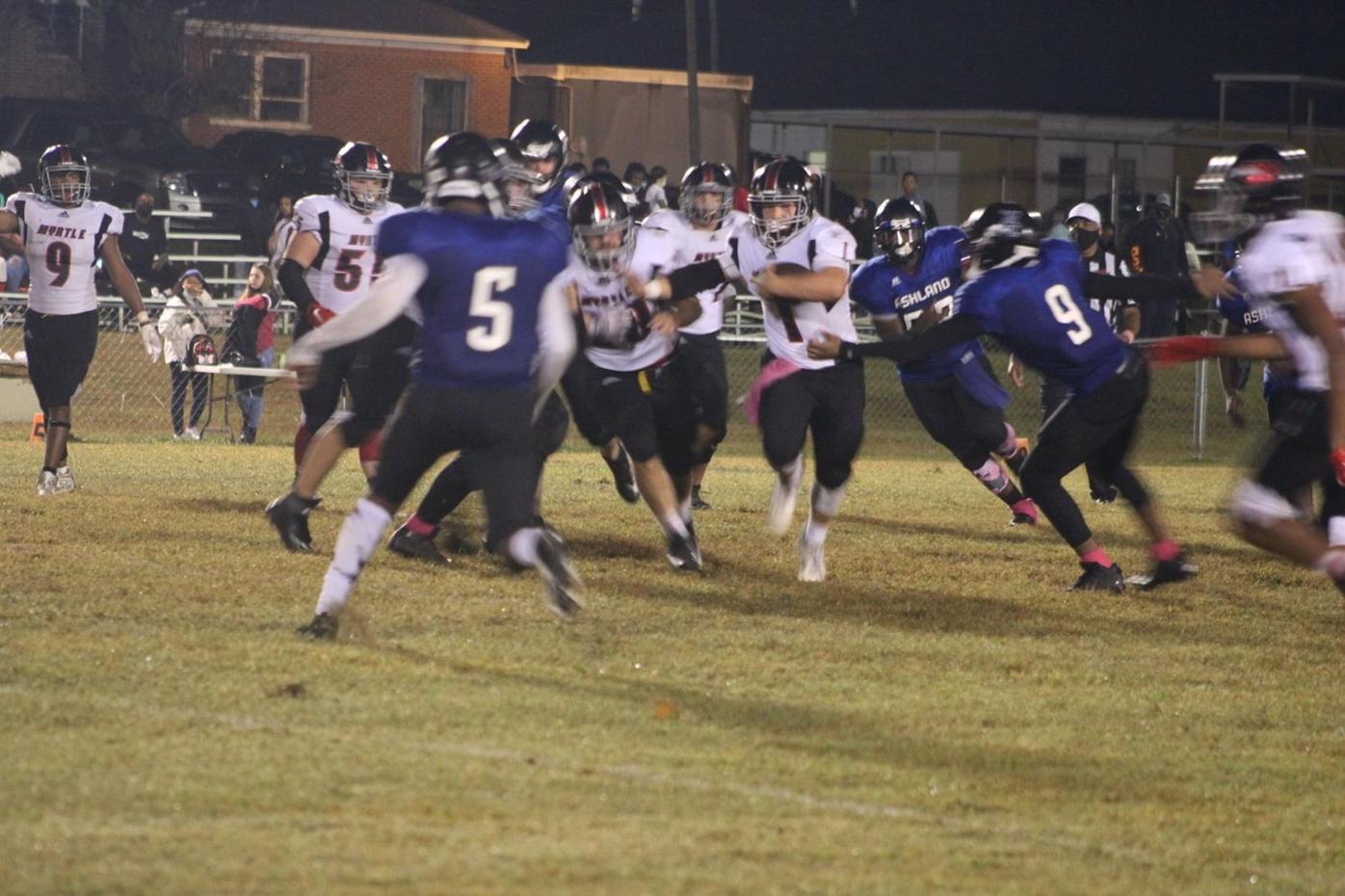 Jackson Mayer (1) is on the move for the Myrtle Hawks in Friday's 3OT loss at Ashland. 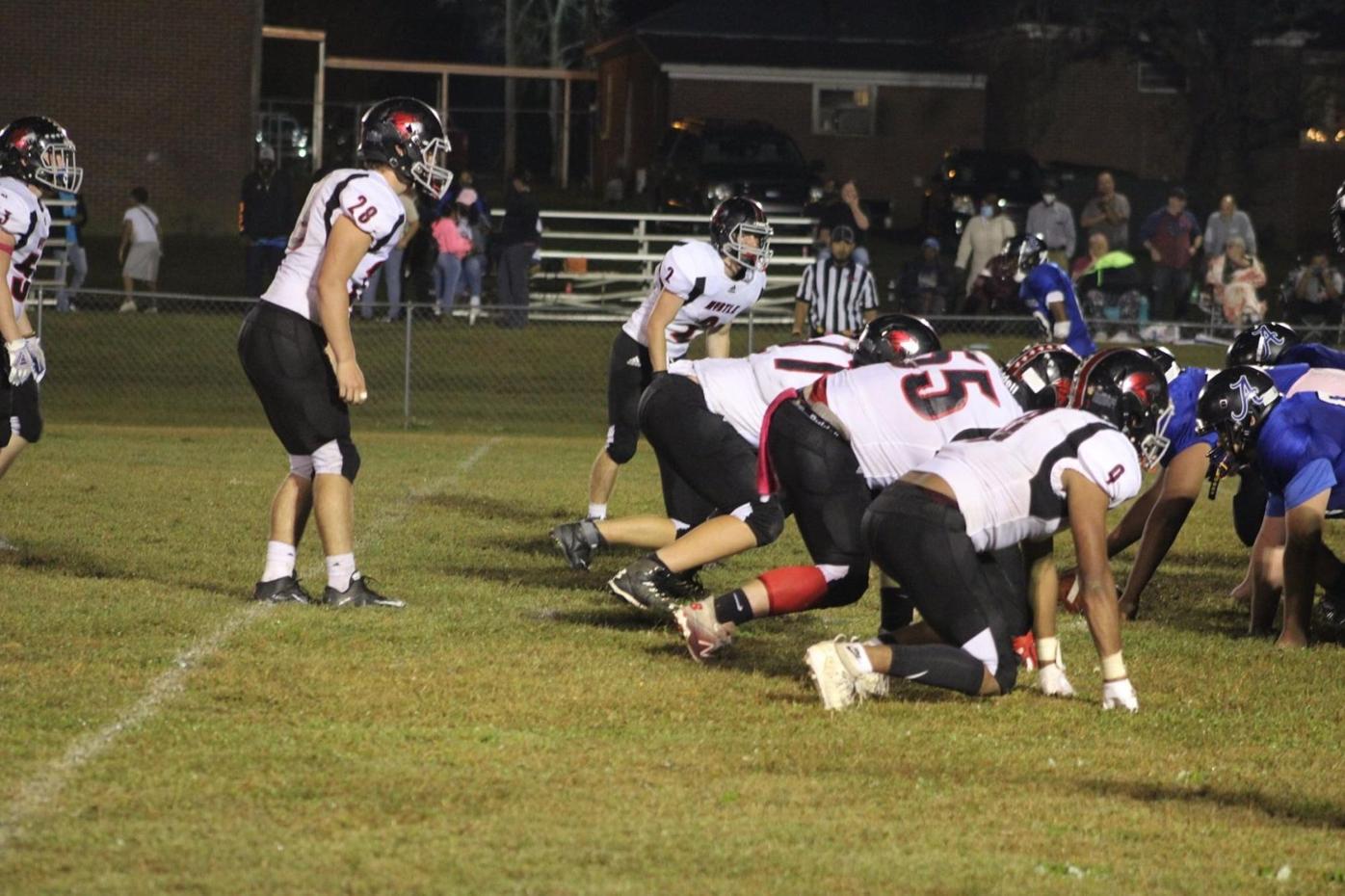 The Myrtle defense digs in against the Ashland offense on this play.

Jackson Mayer (1) is on the move for the Myrtle Hawks in Friday's 3OT loss at Ashland.

The Myrtle defense digs in against the Ashland offense on this play.

ASHLAND - Myrtle returned to football action at Ashland after being in quarantine for a week and that layout contributed to the Hawks 38-36 loss in triple overtime.

Ashland scored first in the final overtime and converted on the two-point conversion to take a 38-30 lead.

Myrtle answered with Jackson Mayer's 10-yard touchdown run off the left side, but the try for two was unsuccessful and the Blue Devils escaped with the 38-36 win.

The teams finished regulation tied at 14-all and the opening possession of the first overtime went to Ashland. The Blue Devils scored on a pass play on third down and converted the attempt for two to go up 22-14.

Eli Thompson came back with the Hawks response as he scored on a one-yard yard and the two-point conversion knotted the score at 22-22.

Myrtle took the first possession of the second overtime and Mayer ran it in from a yard out and the try for two gave the Hawks a 30-22 lead. However Ashland came back to tie the game and force the deciding frame.

Mayer scored the opening touchdown of the contest in the first quarter with 4:09 remaining on his 27-yard run.

Myrtle travels to Coldwater on Friday in this week's football action.

City of New Albany to replace all streetlights with LEDs