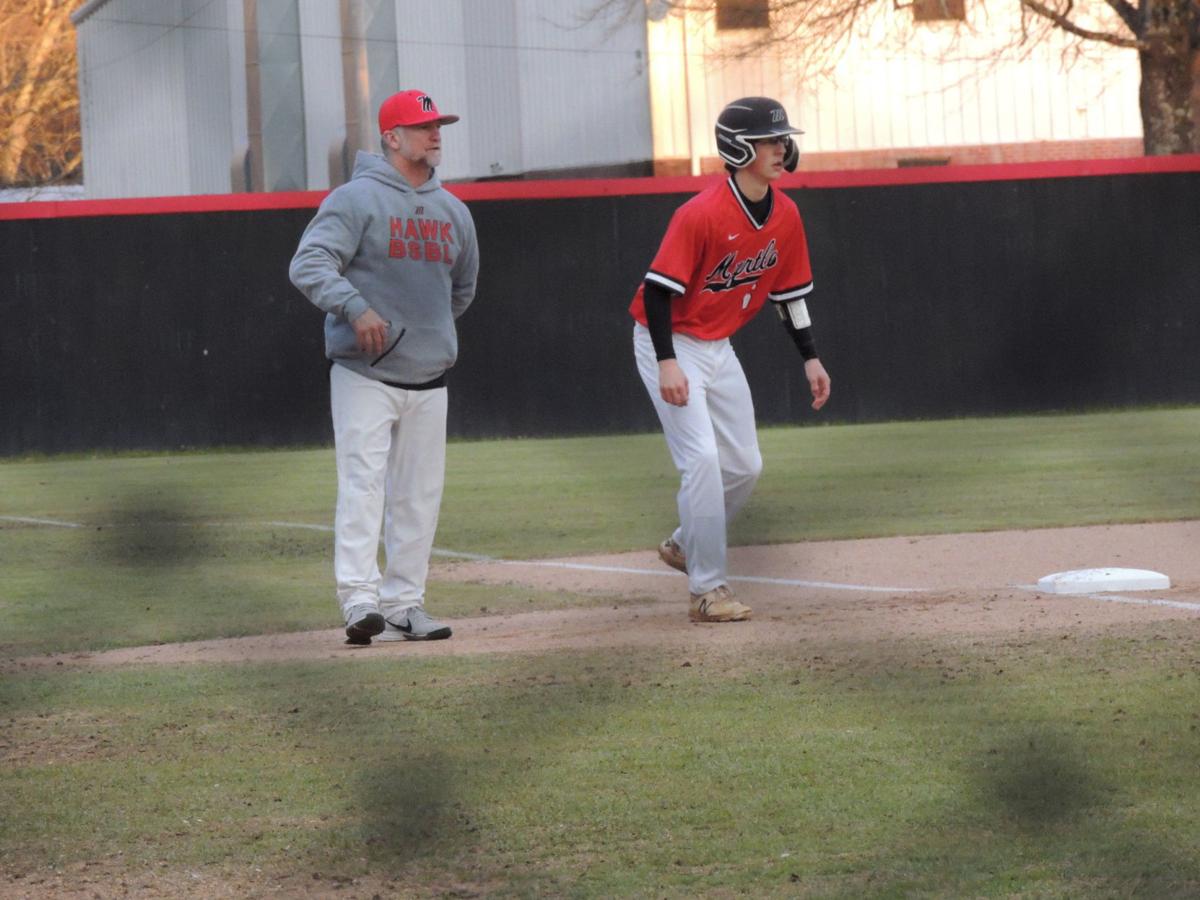 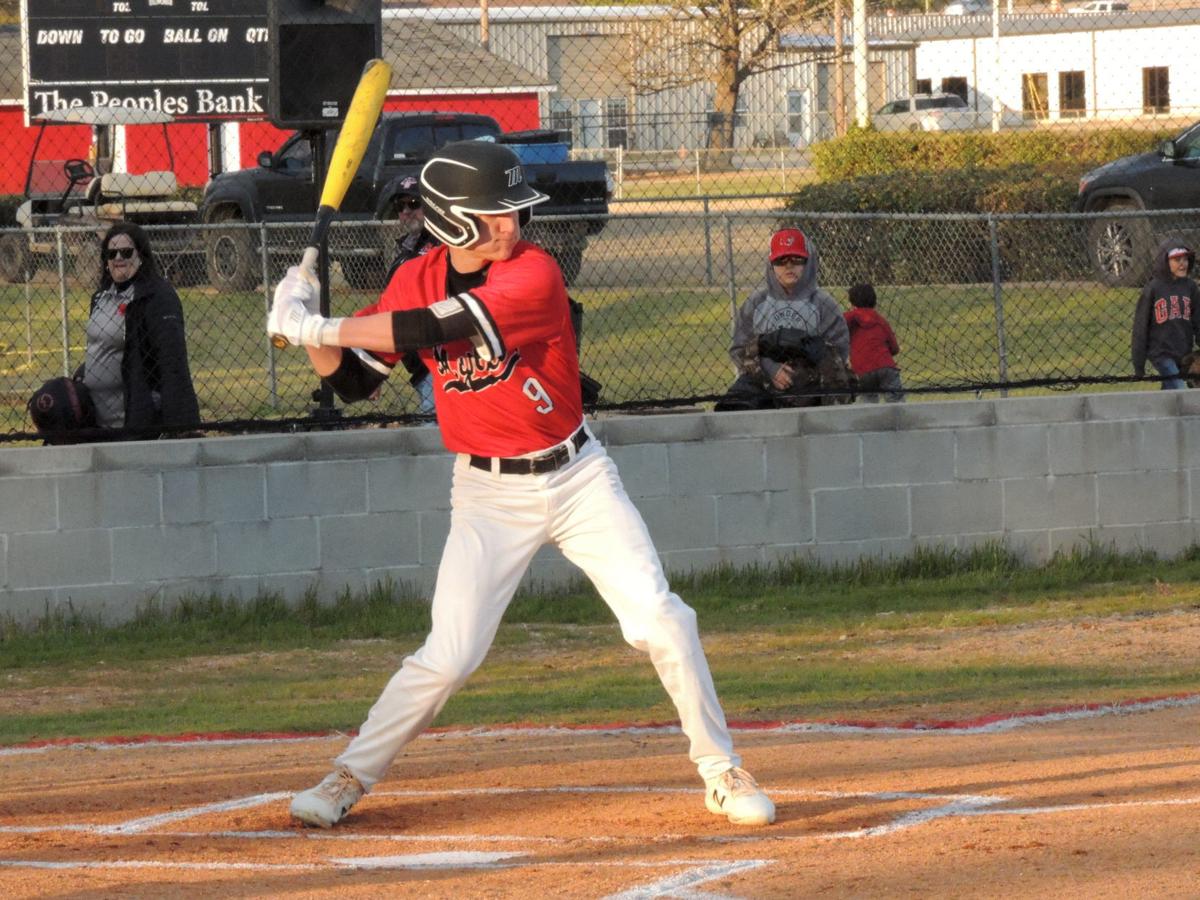 Myrtle lead-off batter Hunter Baggett lined out to shortstop on this first-inning at-bat against Walnut. 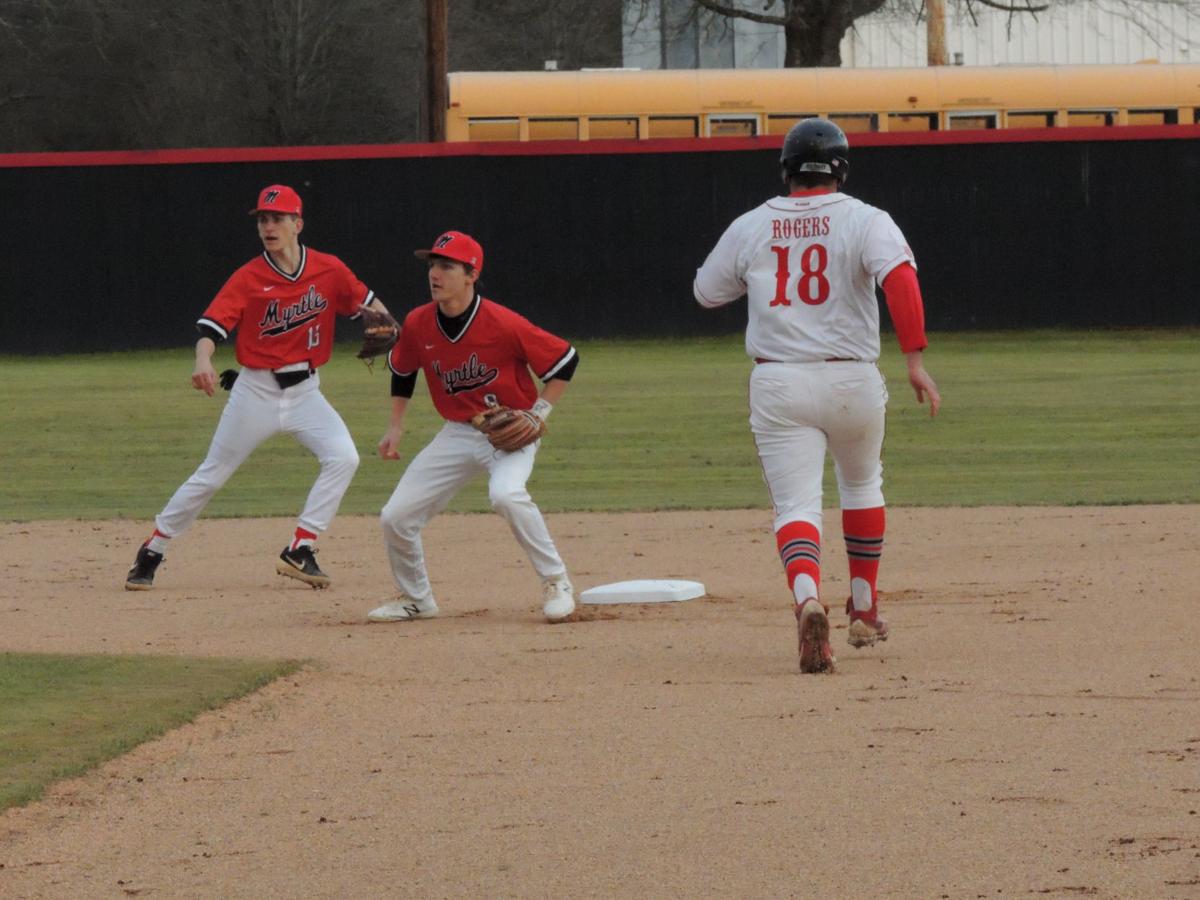 Myrtle pitcher Jackson Mayer fires a pitch in the first inning of the Hawks' season opener at Walnut.

Myrtle lead-off batter Hunter Baggett lined out to shortstop on this first-inning at-bat against Walnut.

WALNUT – Friday was a day of firsts for Myrtle baseball: first time on a field, first game of the season, first victory of the season.

Myrtle, which had not been able to conduct a full practice outdoors in the preseason because of a rain-soaked field, defeated Walnut 15-9 in its season opener.

“It was a good win; we found a way,” Myrtle coach Robert Gordon said. “We needed a start like this just for confidence. We have some things we definitely got to work on. The biggest thing we need to get is some time outdoors. It’s been frustrating having to be indoors.”

Hawks catcher Dalton Galloway led the way with three hits, including an RBI double in the first inning. Myrtle, which was seeing live pitching for the first time, finished with eight hits.

Outfielder Trace Thompson had two singles, including a two-run shot to left in the Hawks’ five-run seventh.

“Our timing was off at the plate,” Gordon said. “We were way out in front. We had worked in our indoor tunnels off the machine. I knew it was going to take a couple of at-bats to get used to it. After that, we settled in and started making good contact.”

The Hawks started left-hander Jackson Mayer on the mound. He worked 3.1 innings, gave up five hits and recorded six strikeouts.

Jaden Taylor worked the remainder of the way, with the exception of three batters Luke Gaines faced in the fourth inning. Taylor gave up seven hits, but recorded eight strikeouts.

“Jaden struggled a little,” Gordon said. “He missed some spots and pitches he normally would make. He’ll be better with reps. He’s thrown well in bullpens.”

Myrtle answered a four-run Walnut fourth inning with a five-run fifth. Gaines, Thompson and Galloway all singled for the Hawks. Paxton Gordon and Dylan Gaines had a single each.

Walnut, which is now 1-4, was led by Owen Hopper with three singles and by Wyatt Hopper with a double and a two-run triple.