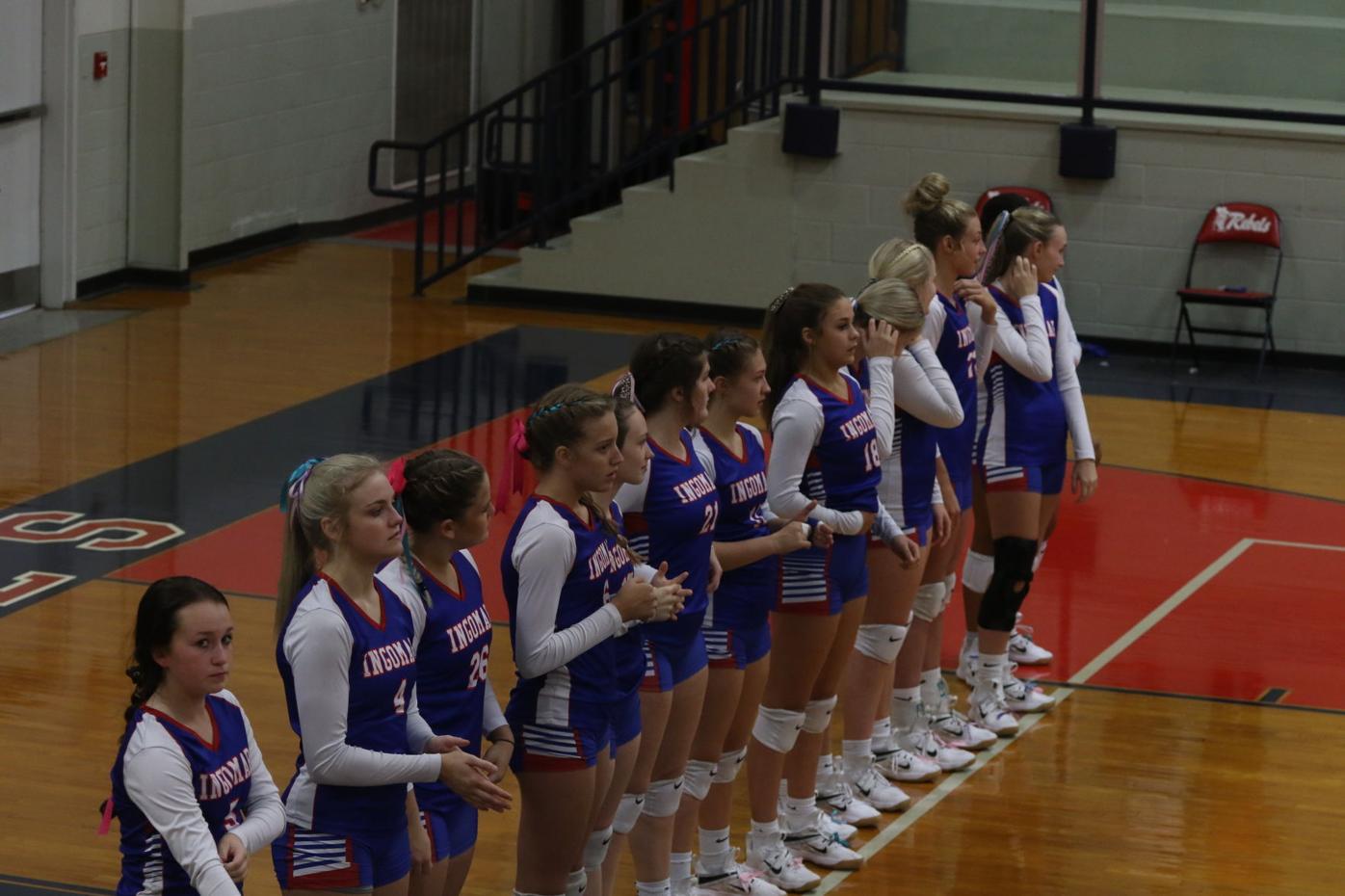 The Ingomar Lady Falcons line up for the pregame introductions at Hickory Flat in the 1A North Championship match on Tuesday. 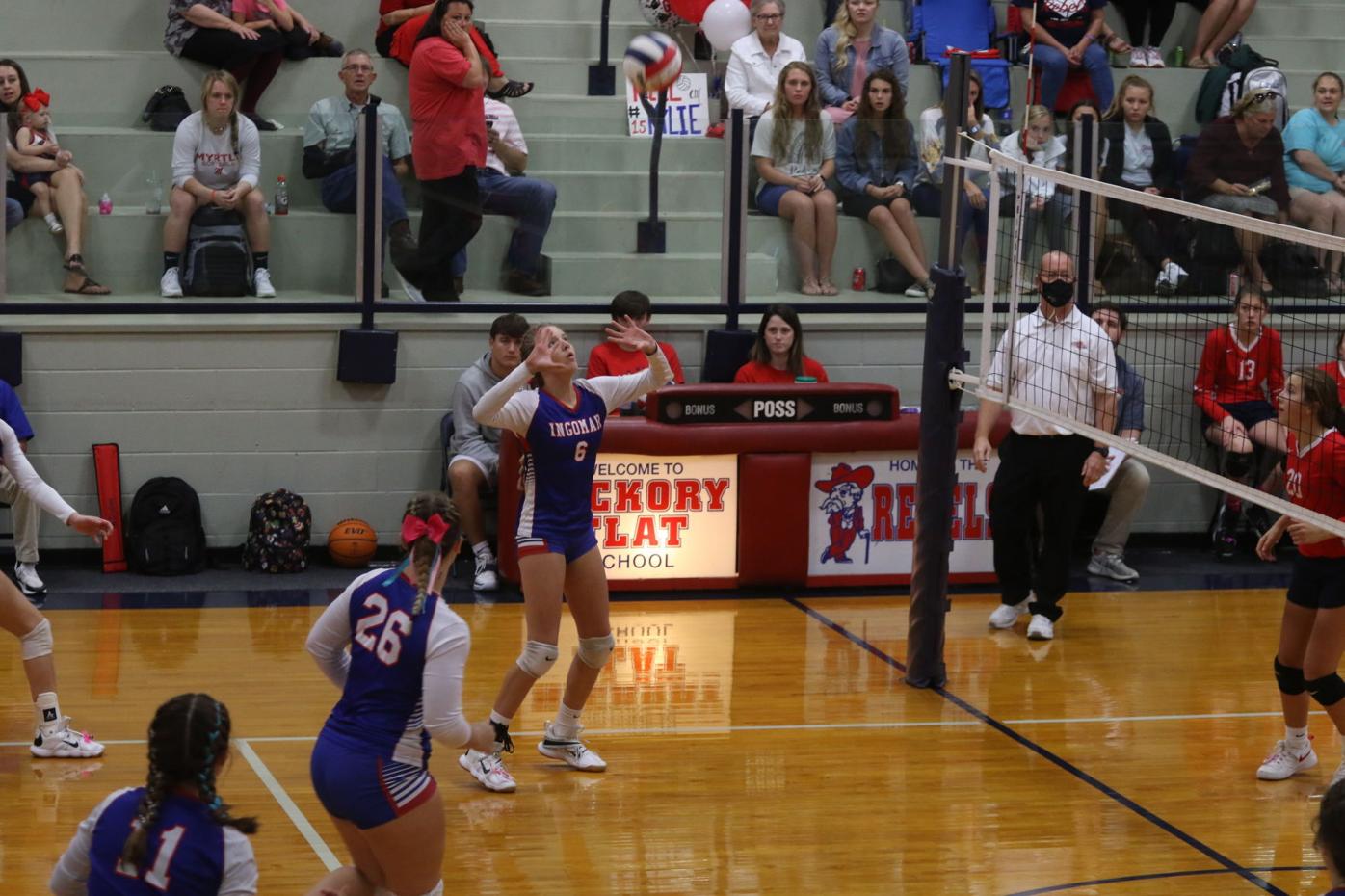 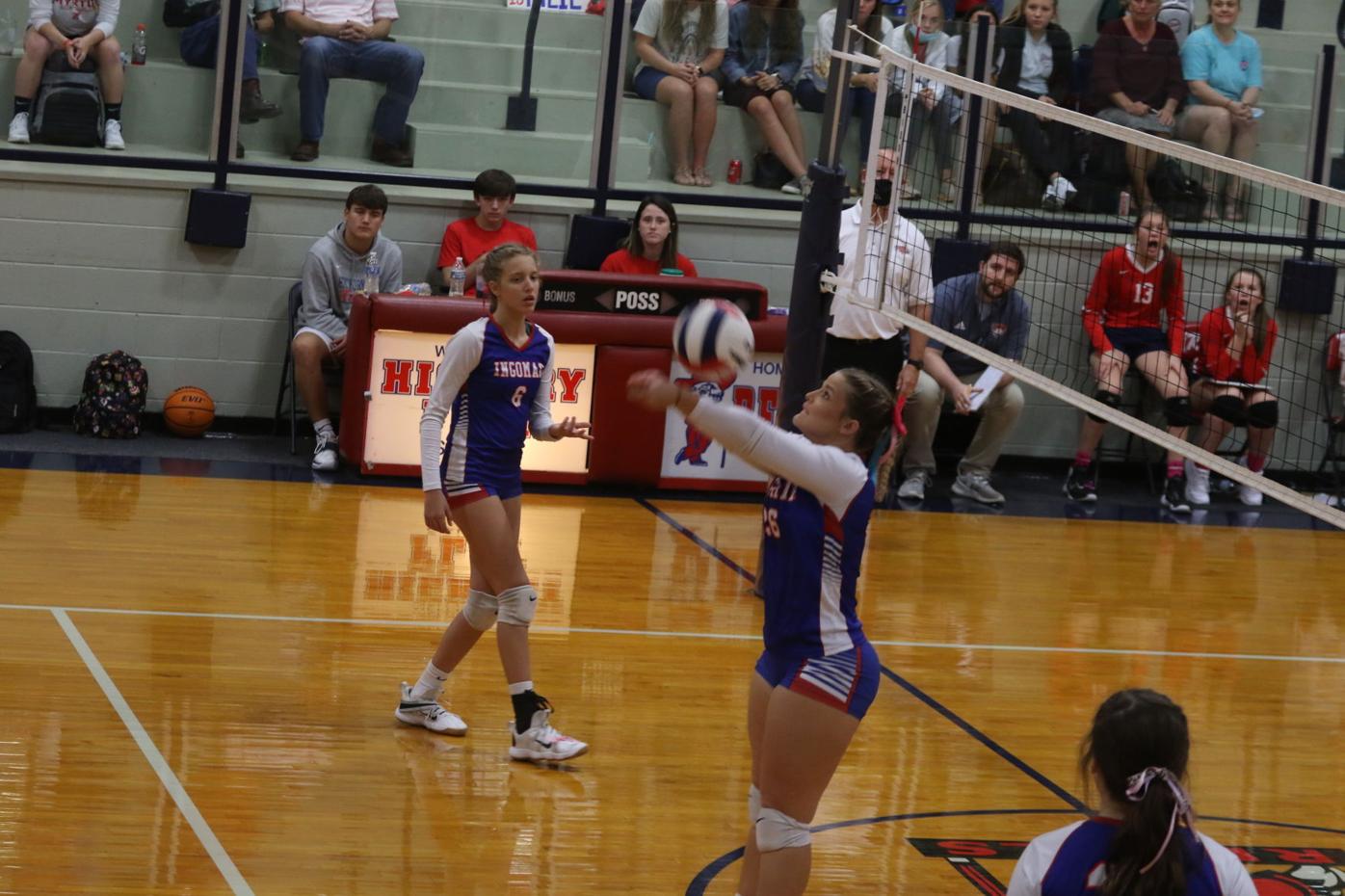 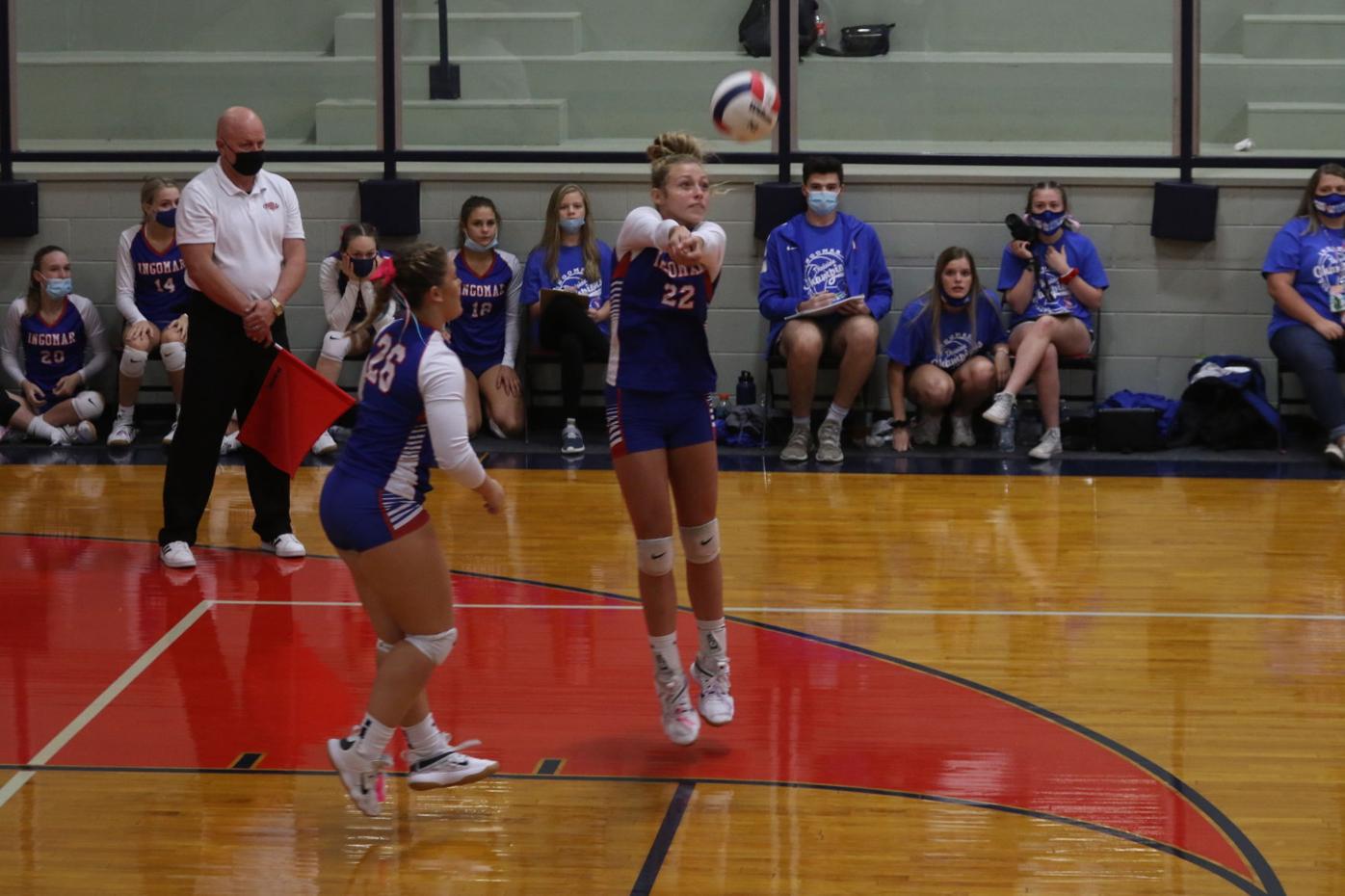 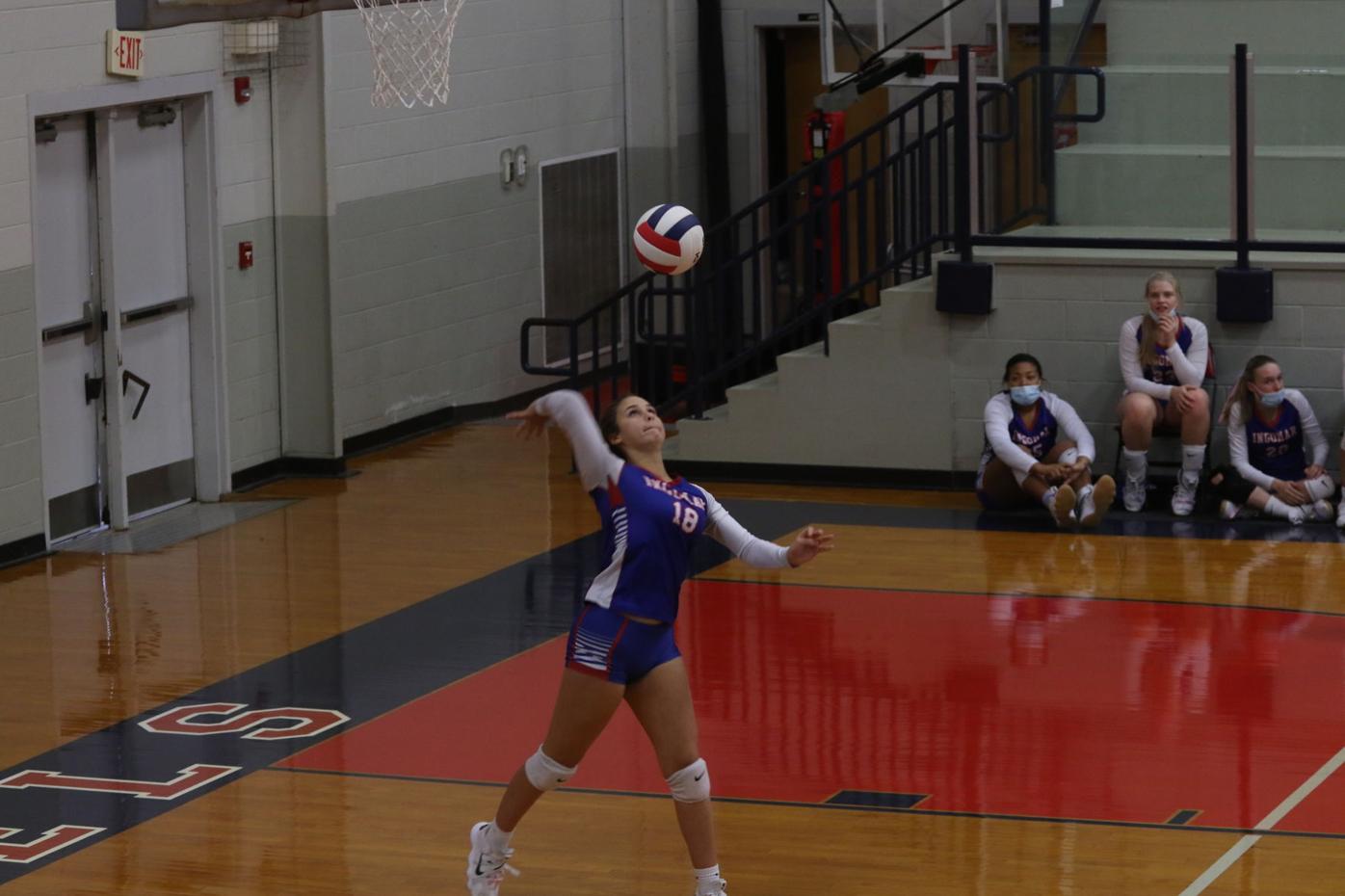 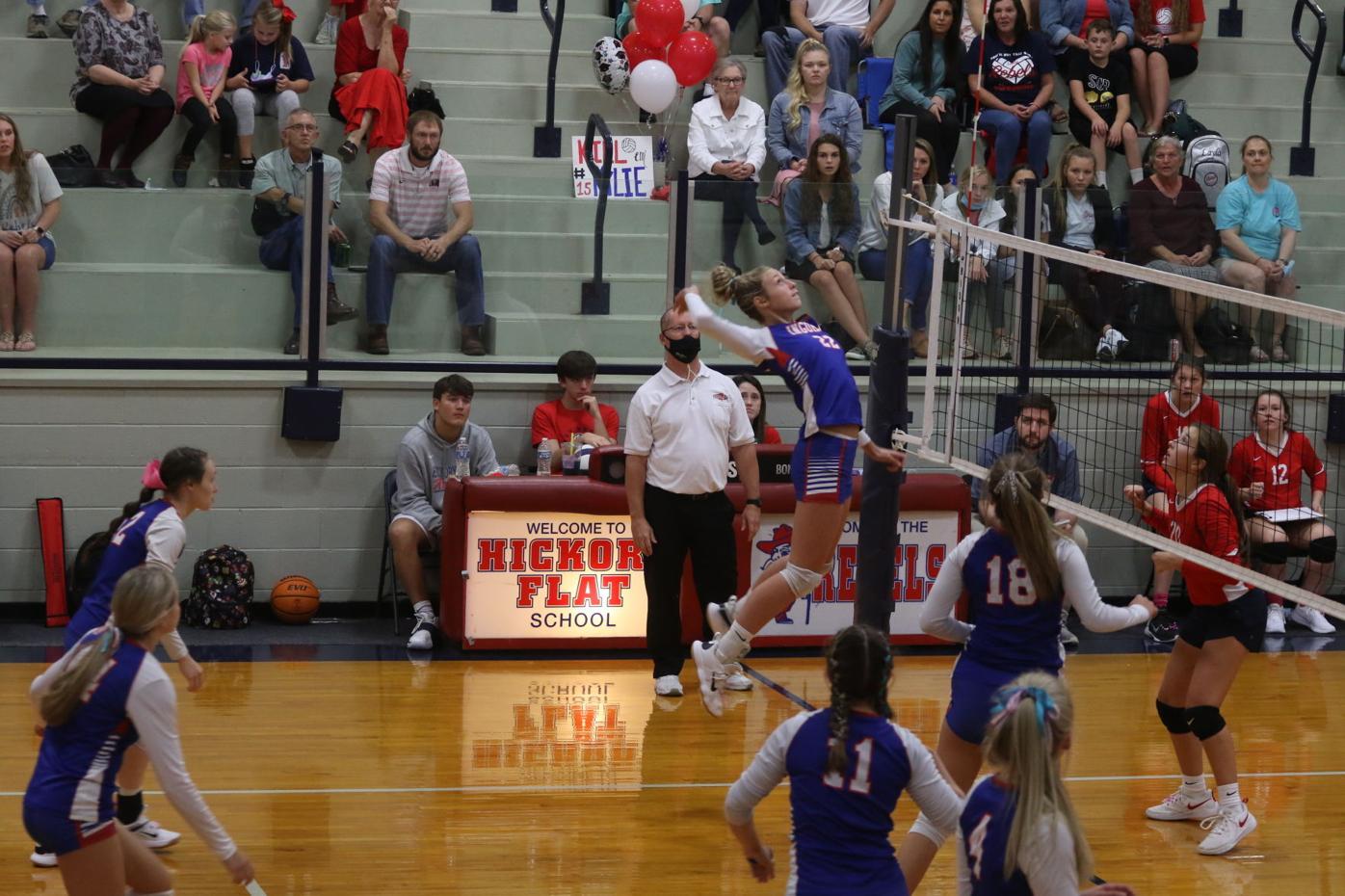 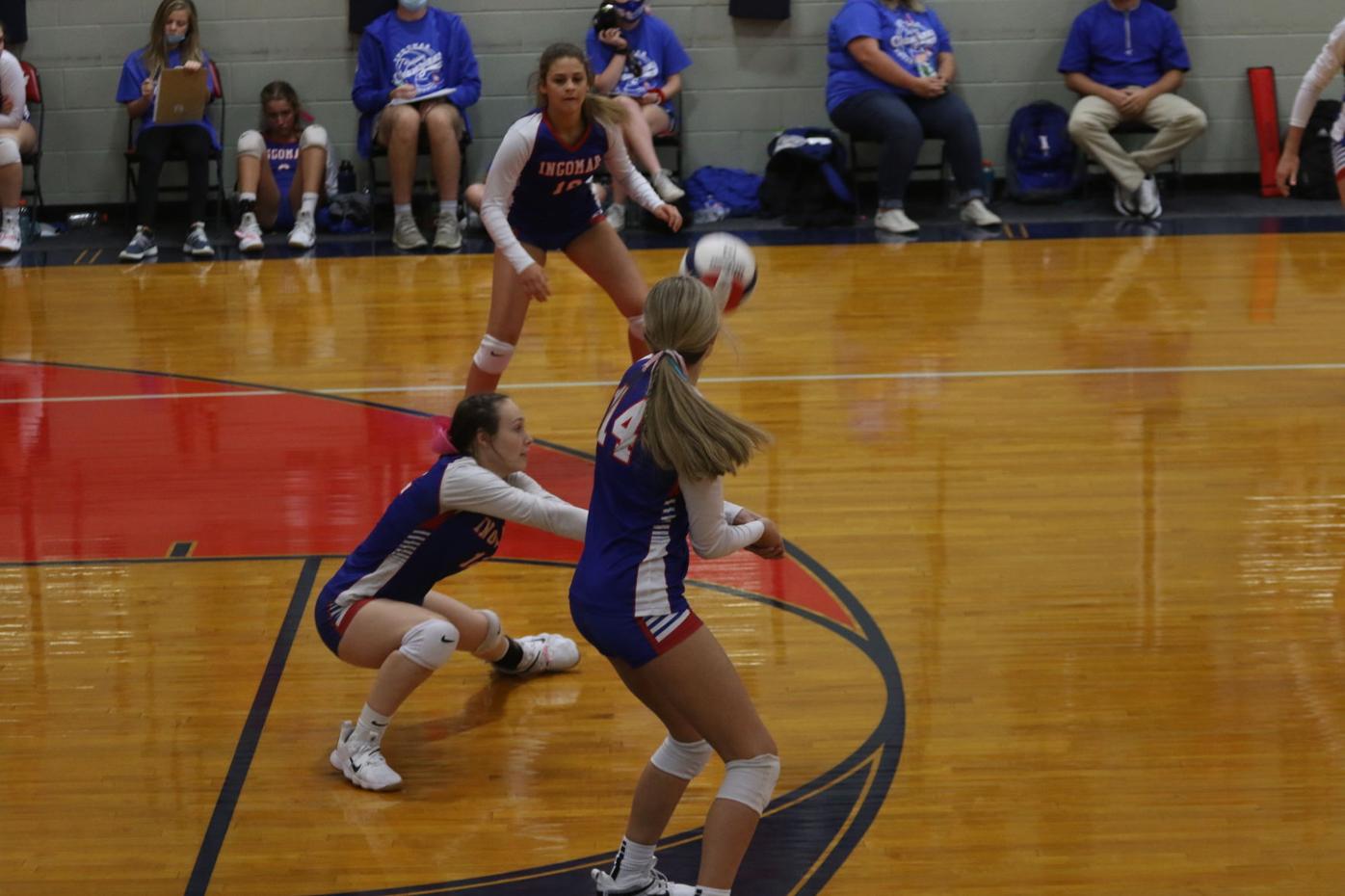 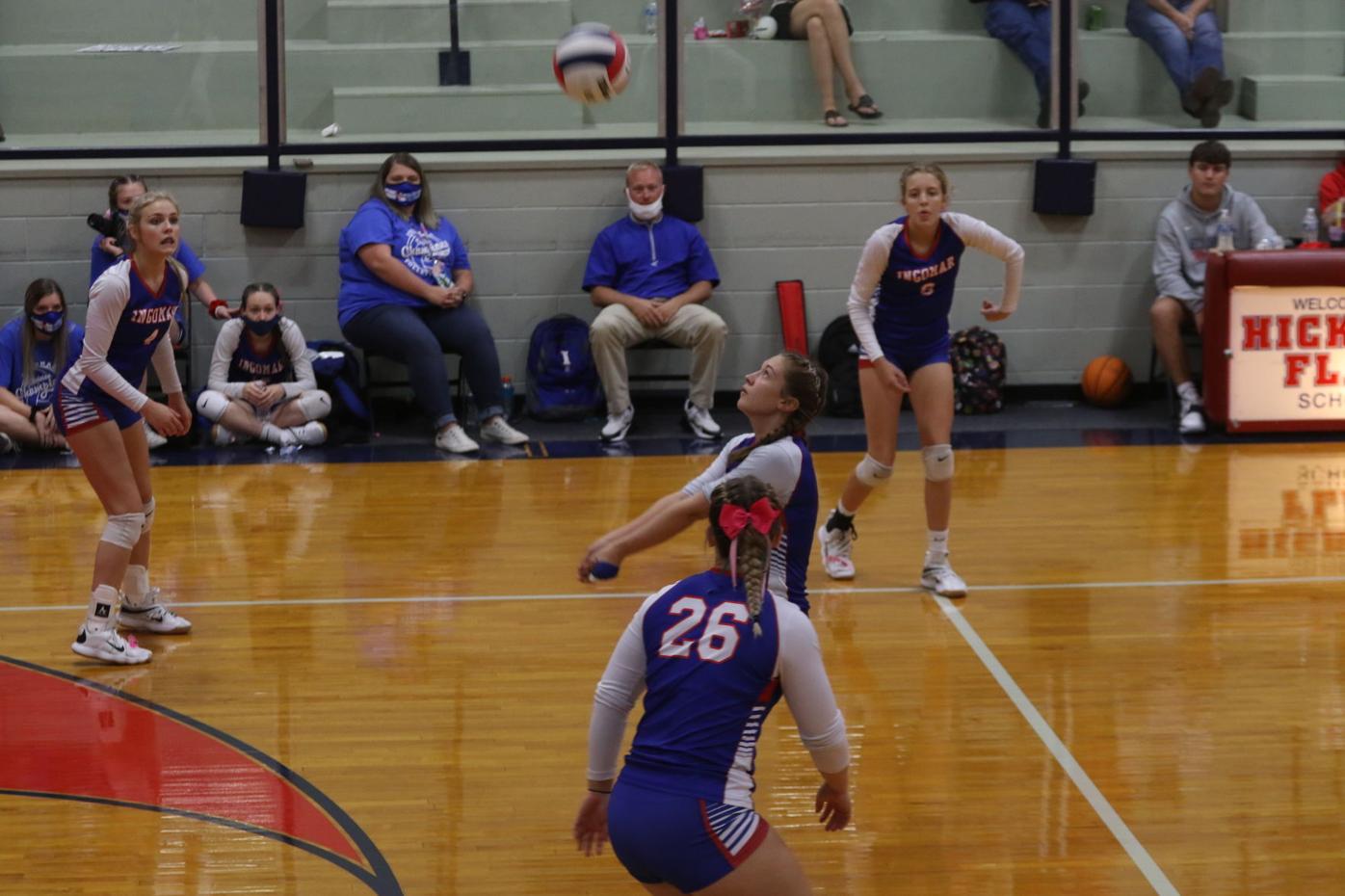 Lexi Campbell of Ingomar goes to the floor for the dig as teammates Kaily Edwards (12) and Lindsey Dillard (11) watch.

Rylie Ozbirn goes kill shot from the outside against Hickory Flat.

By Dennis Clayton Sports Editor
1 of 8

The Ingomar Lady Falcons line up for the pregame introductions at Hickory Flat in the 1A North Championship match on Tuesday.

HICKORY FLAT • The Lady Rebels of Hickory Flat never allowed Ingomar to establish its game as they swept past the Lady Falcons by a 3-0 margin in Tuesday's Class 1A state semifinals.

Hickory Flat now advances to play in the 1A state championship match against Resurrection Catholic, a 3-0 winner on Tuesday night against Sacred Heart.

Hickory Flat never trailed in a single set as it scored first and took leads, never to relinquish and winning by scores of 25-12, 25-7 and 25-15.

"We came out, the momentum was there and we've been talking about energy, coming out strong from the very beginning because we had kinda slacked off in a couple of the other games, and tonight they showed how much they wanted it," Hickory Flat coach Jamie Hayles said. "They showed up, they played hard, they connected, they played as a team and they got the win and they looked good doing it."

Emma Wilson helped Hickory Flat take the quick lead in the first set with back-to-back aces for a 3-0 lead. Ingomar fought back to pull within 5-4 after a Rylie Ozbirn kill, but Hickory Flat outscored the Lady Falcons 20-8 the rest of the way for the 25-12 win.

The second set totally belonged to the Lady Rebels as they breezed out to a 7-0 lead, with Wilson connecting on three aces during the early run. Hickory Flat never allowed Ingomar to challenge as they won 25-7.

The final set was much like the first two as the Lady Rebels took the initiative from the start and went up 6-1 before Ingomar could break service. Macie Phifer had two consecutive kills and Brooklyn Wicker added another as Ingomar clawed back to within 14-7, but a kill by Wilson snapped the Ingomar threat, and Hickory Flat took the set and match with the 25-15 decision.

"We needed the reassurance that we are doing it right and that we are putting in the work, that we have earned this spot, and they showed it," Hayles said. "I think that's great, it really was."

Ingomar was disappointed with the loss, but the Lady Falcons had an excellent year and coach Andy Wilbanks was pleased with his young team, which had one lone senior.

"I think we are lucky to be here, and I think whoever would have come here tonight would have gone home in the same situation that we are, but that's okay, we're just not there yet," Wilbanks said. "They are light years ahead of us as far as experience and playing, and we will just be proud that we got here this year. Our goal was to get better, and we definitely got better from last year to this year."

Hickory Flat improved to 18-4 while Ingomar wrapped up its season at 17-7.

City of New Albany to replace all streetlights with LEDs