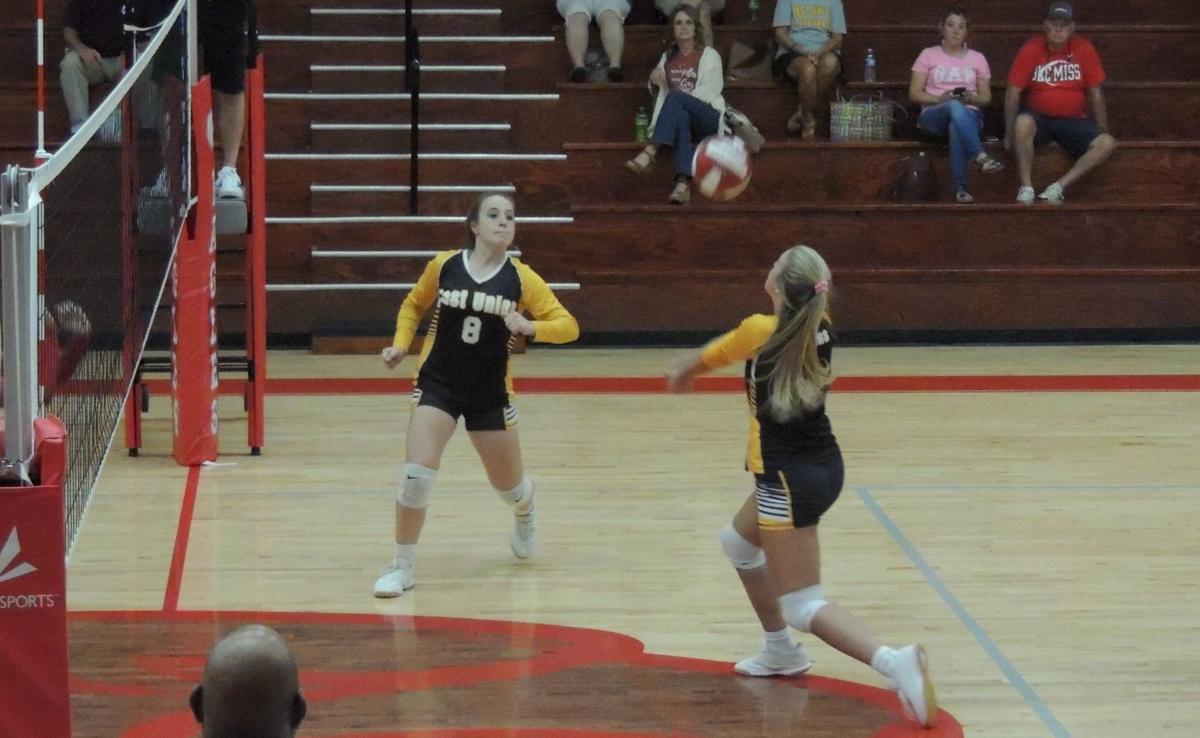 East Union Hannah White and Jorja Roberson go for the ball in their 3-0 win against West Union. 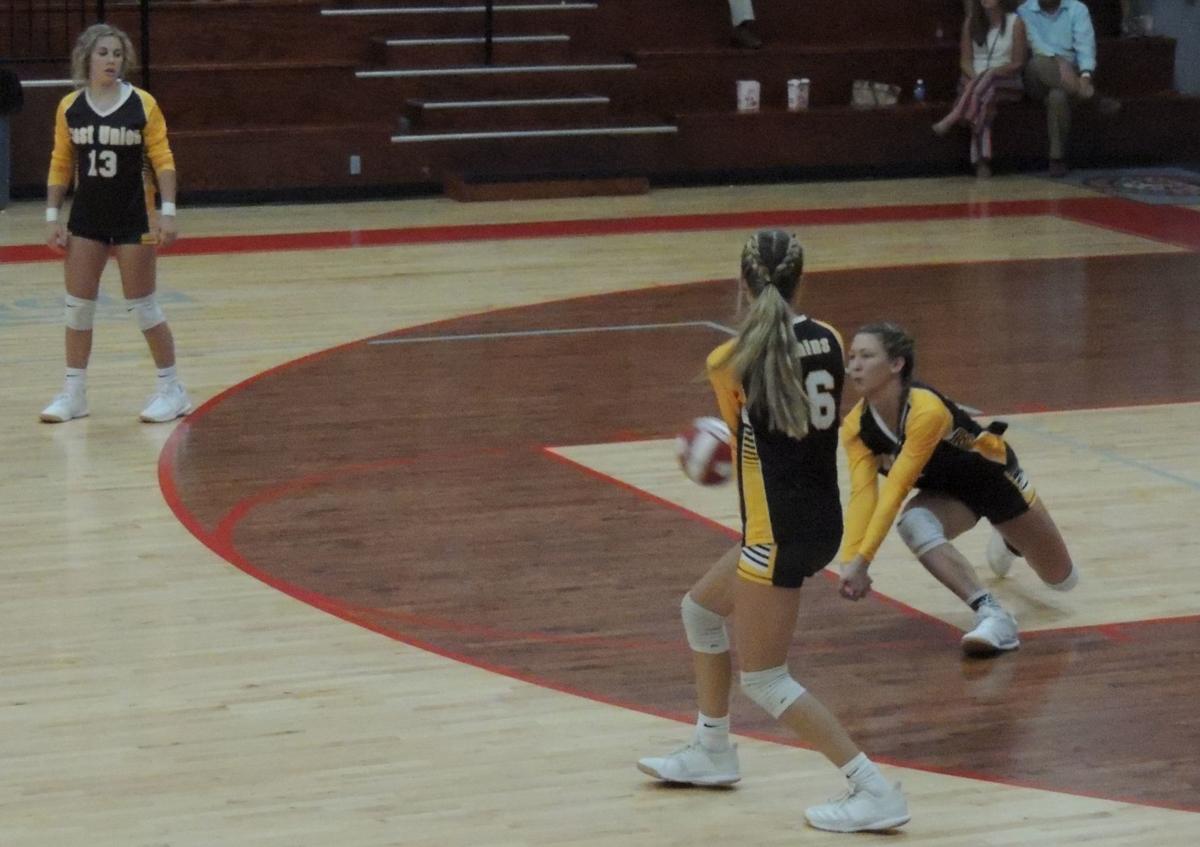 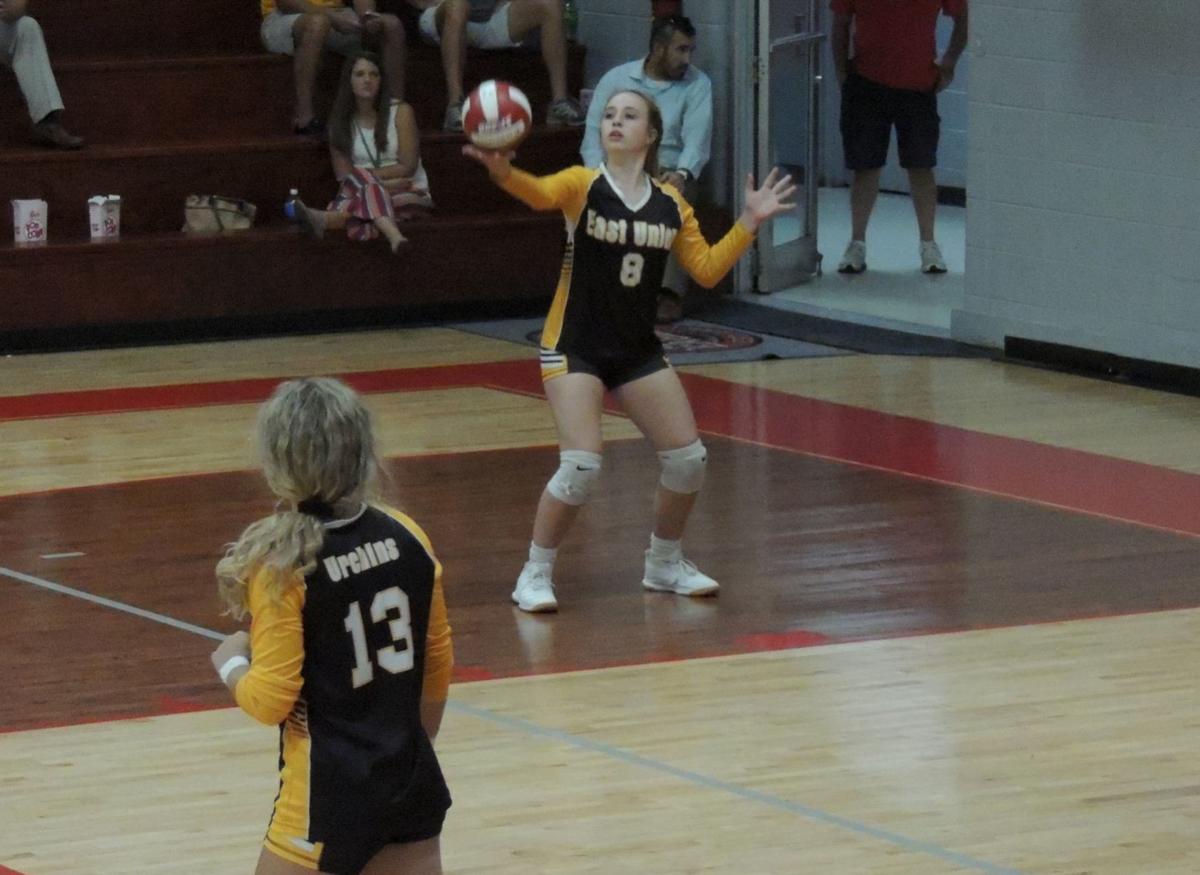 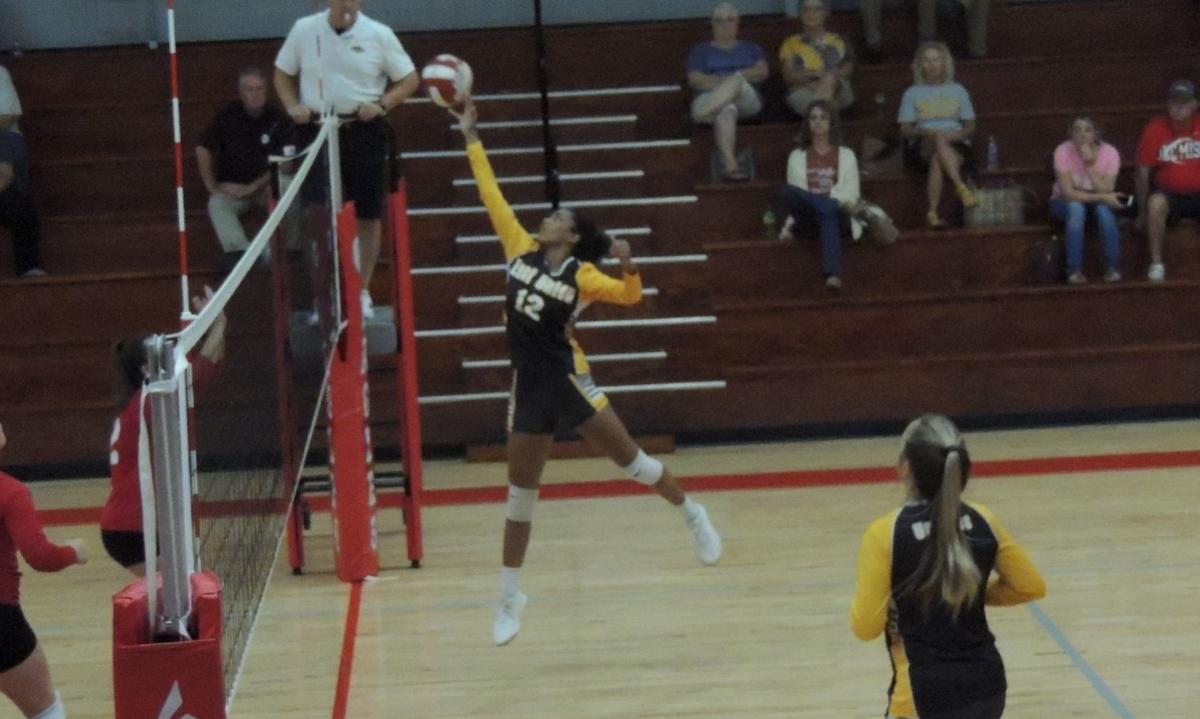 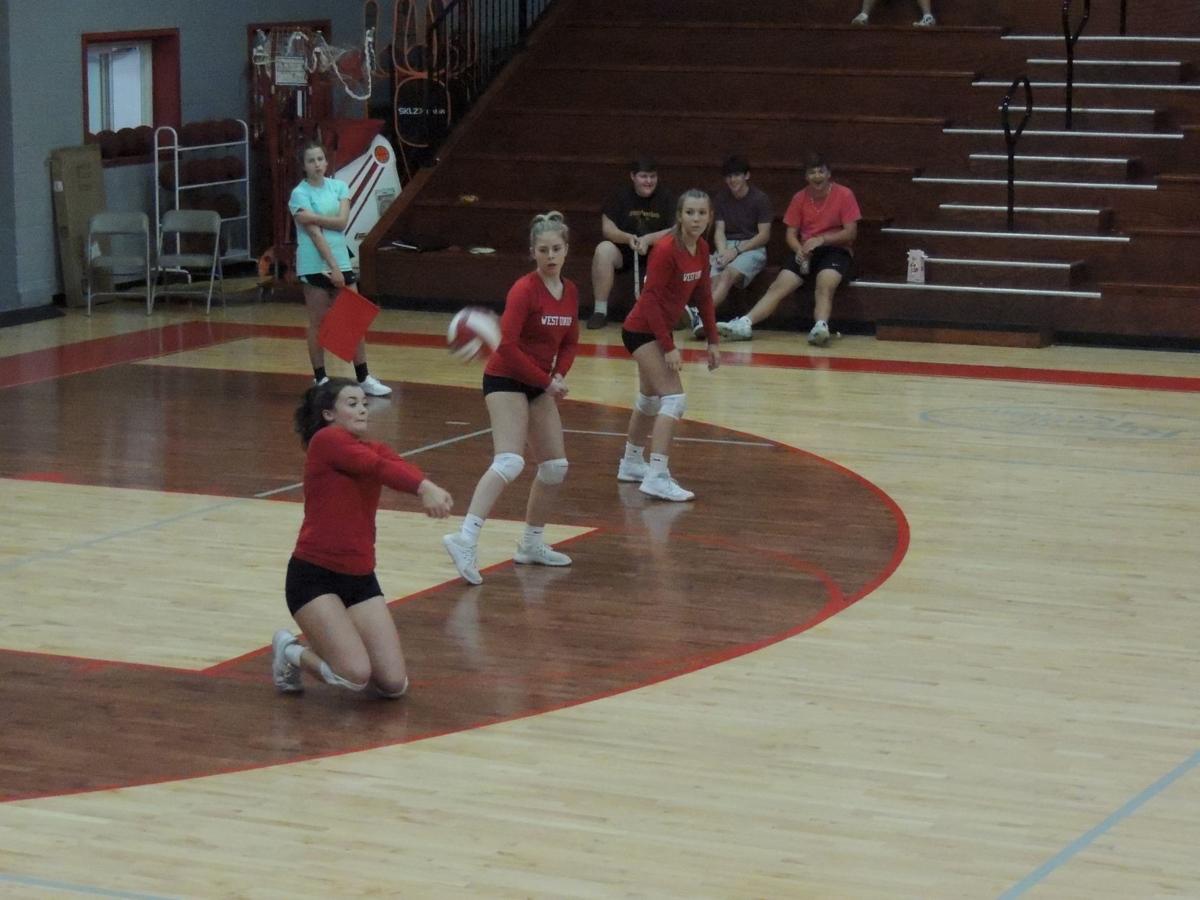 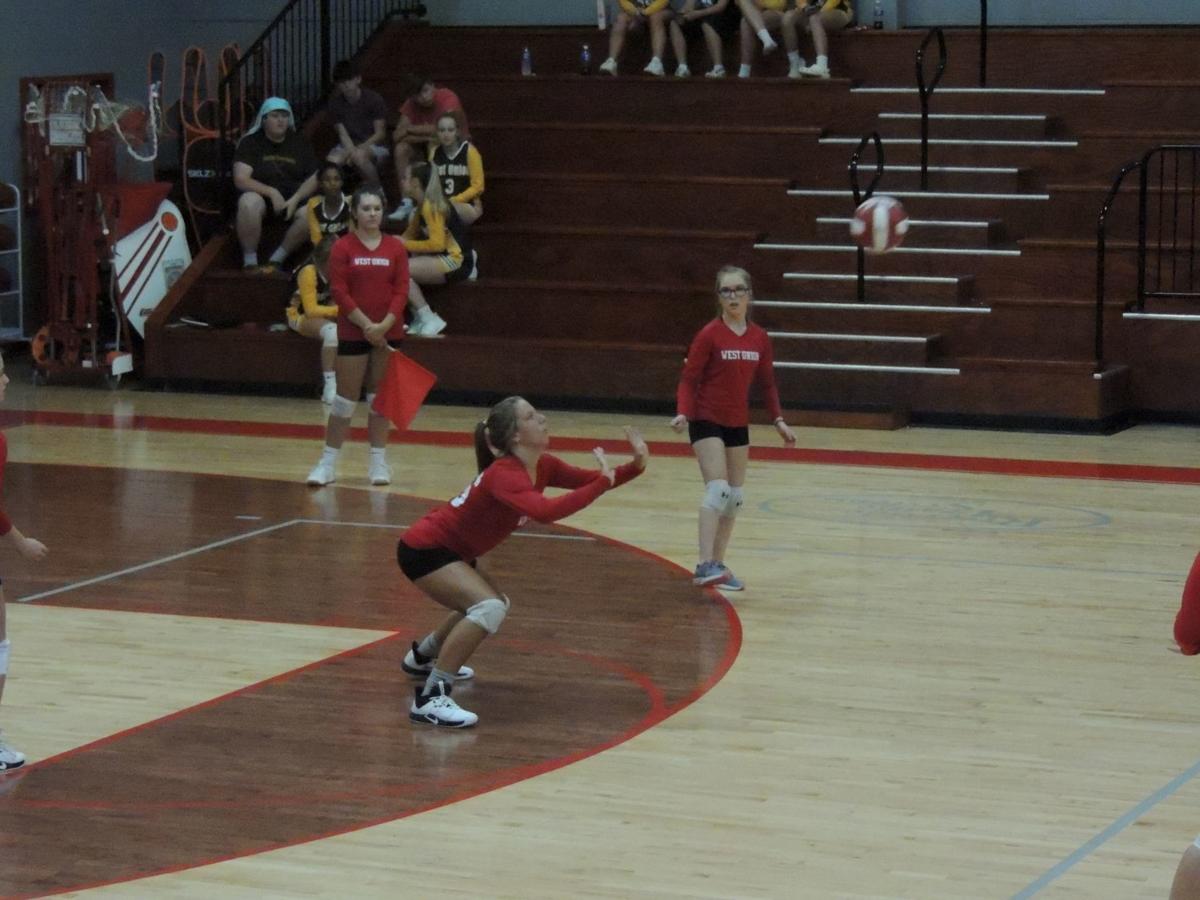 West Union's Cailin Walls returns a shot in the JV match against East Union as teammate Abby Clark looks on.

East Union freshman Mia Hutcheson (16) dropped the shot over the net for a point against West Union.

East Union Hannah White and Jorja Roberson go for the ball in their 3-0 win against West Union.

West Union's Cailin Walls returns a shot in the JV match against East Union as teammate Abby Clark looks on.

Special to the Gazette

ENTERPRISE – Roberta Hutcheson wasn’t in the stands Tuesday when her granddaughter, Mia, and East Union played volleyball at West Union … but she was watching.

“She passed away last week,” East Union’s freshman outside hitter said. “I really wanted to show out and play and give all of my glory to her. I really feel like that’s super important.”

Hutcheson has seen more playing time on the front line with starter Maggie McVey sidelined with an ankle injury. McVey did return to the lineup against West Union.

“I think working hard in practice has helped me earn that position,” Hutcheson said. “With Maggie being hurt and me going in, I’ve learned more and more about it. This was definitely one the best games I’ve played.”

East Union improved to 9-10 overall and has two matches remaining in the season, both against another county rival, Myrtle.

The Lady Urchins took a 15-5 lead against West Union in the first set with the help of two service aces by Harleigh Wheelington and a kill by Hutcheson.

McVey recorded an ace and a kill, Peyton Wildman a kill and Jorja Roberson two aces in the 13-point second-set win.

In the third set, Wildman had two kills, McVey two aces, Hutcheson a kill and Roberson an ace for the Urchins in a 12-point win.

“I thought Harleigh got us off to a big run with her serving,” Blythe said. “Peyton had some big kills. We will take some positive things out of it and go and get better.

“We’ve got a chance to end the year with some positive things. It’s been fun; it’s been frustrating.”

Roberson, a sophomore hitter, was one of the starters on last year’s state champion slow-pitch softball team. She has enjoyed the challenges of playing a new sport this fall.

“I really didn’t know what to expect,” Roberson said. “I’ve enjoyed it so much. I’ll always love slow-pitch, but this was fun. In our county everybody was pretty much on our wavelength. I feel like we’ve improved.”