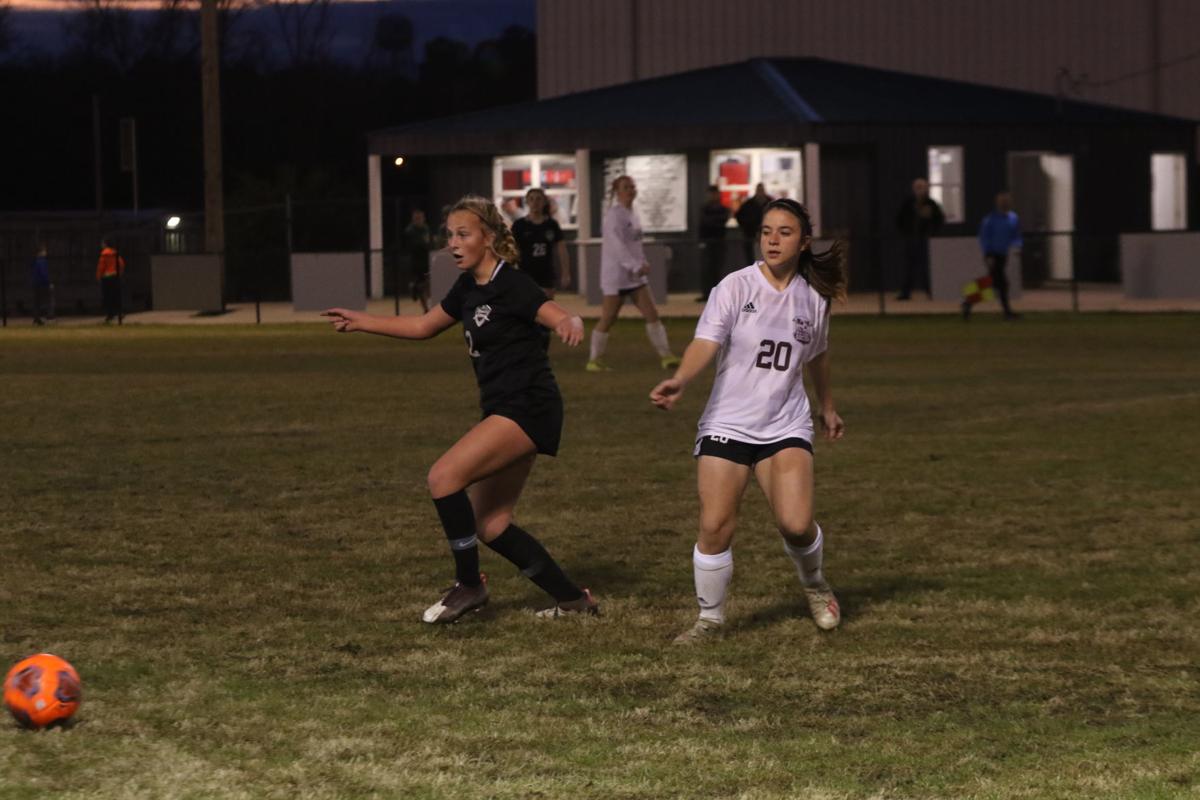 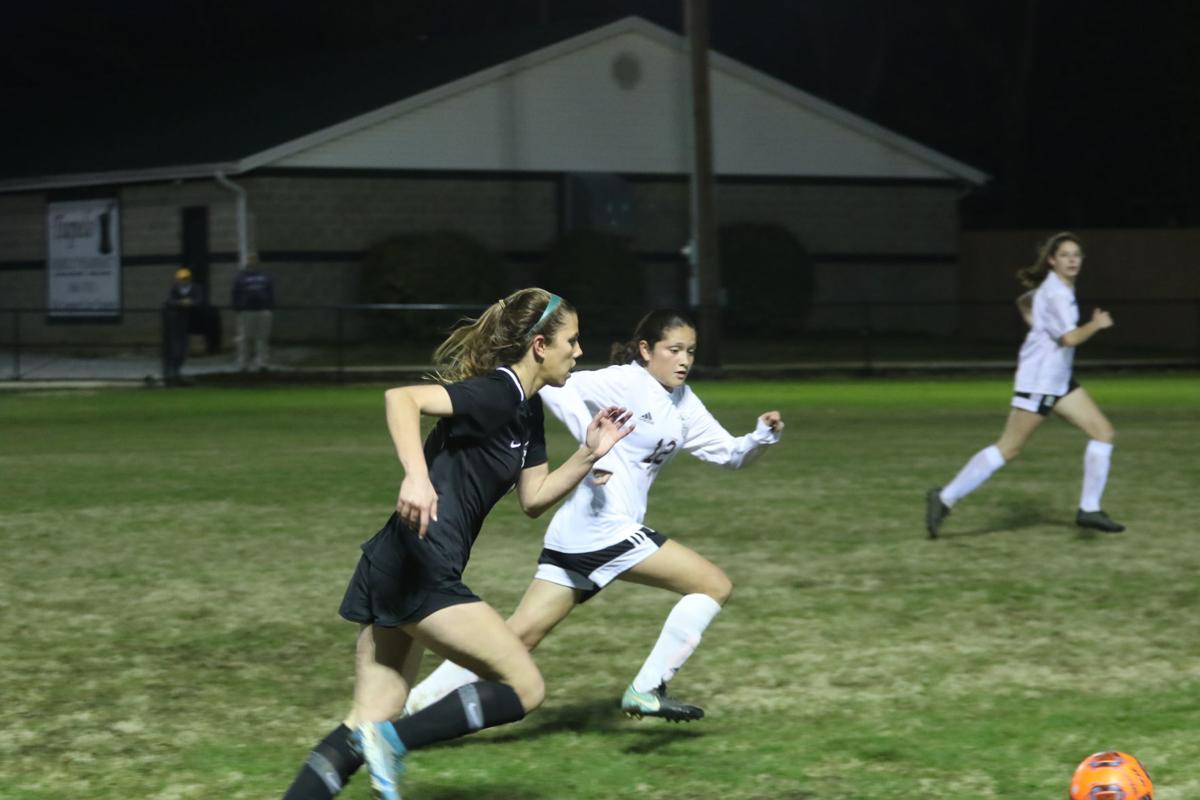 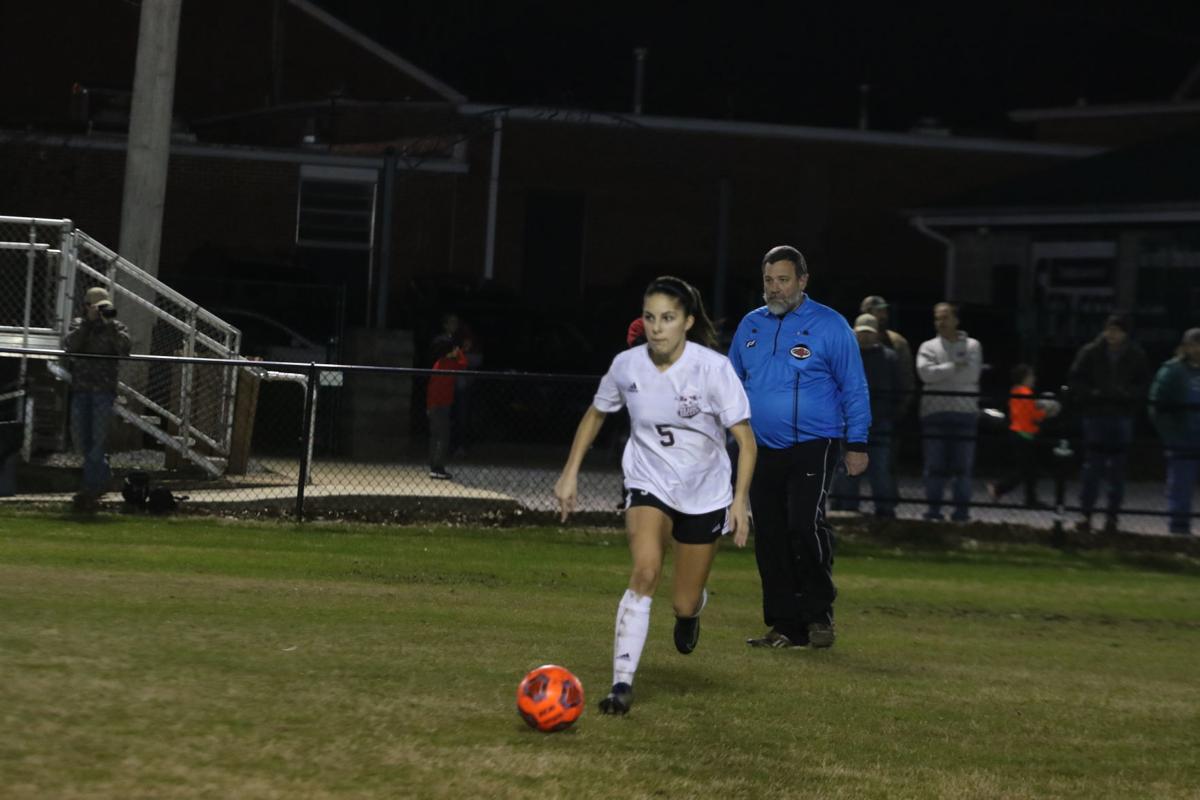 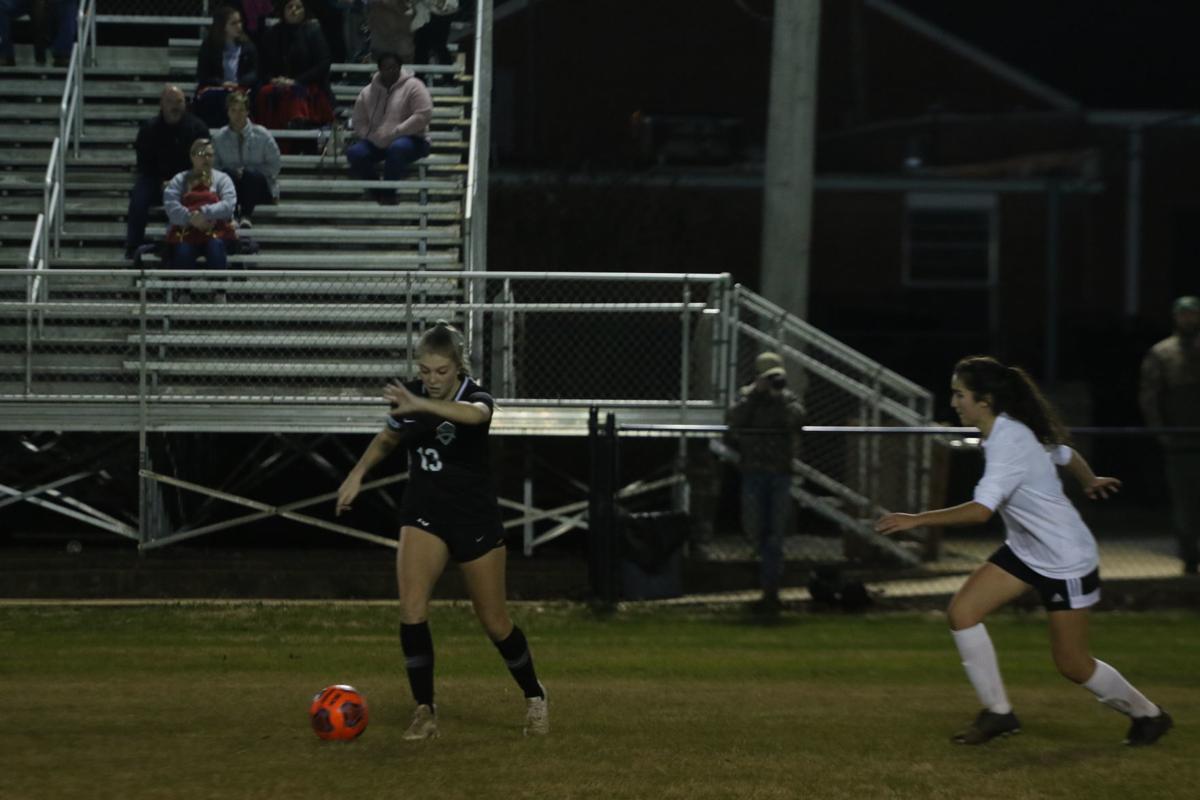 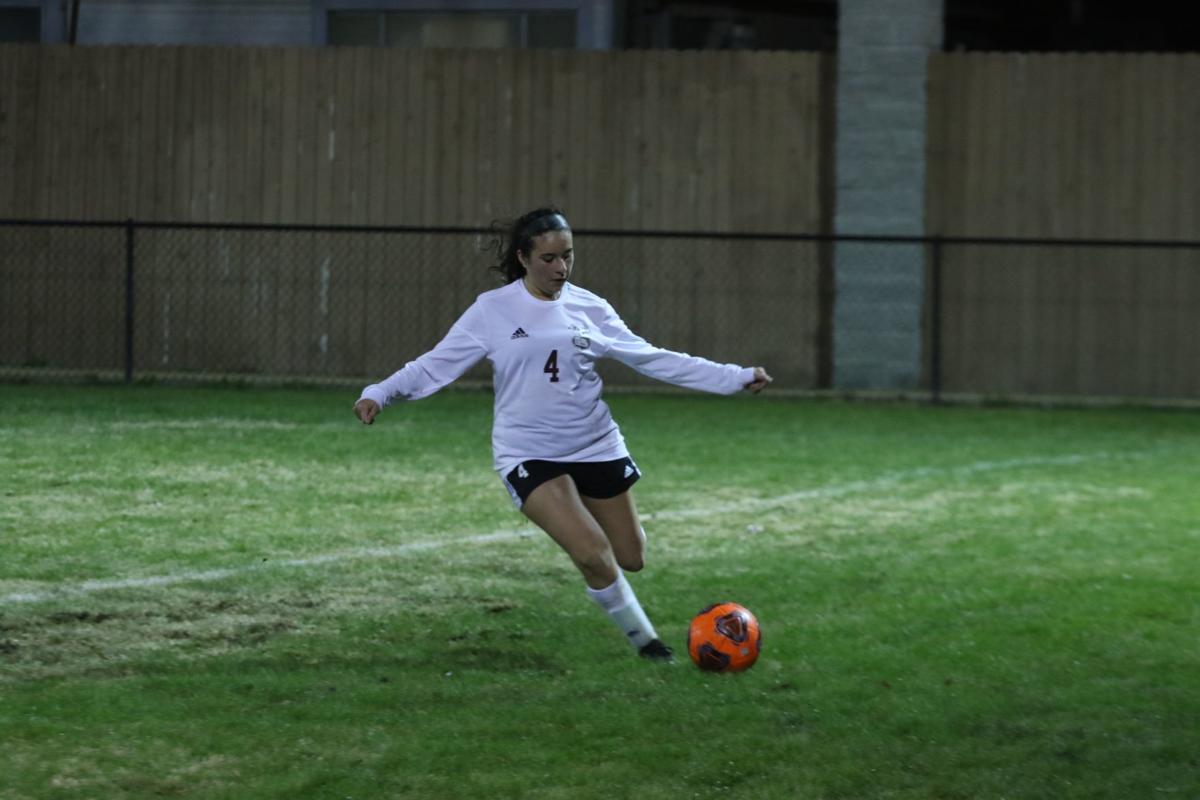 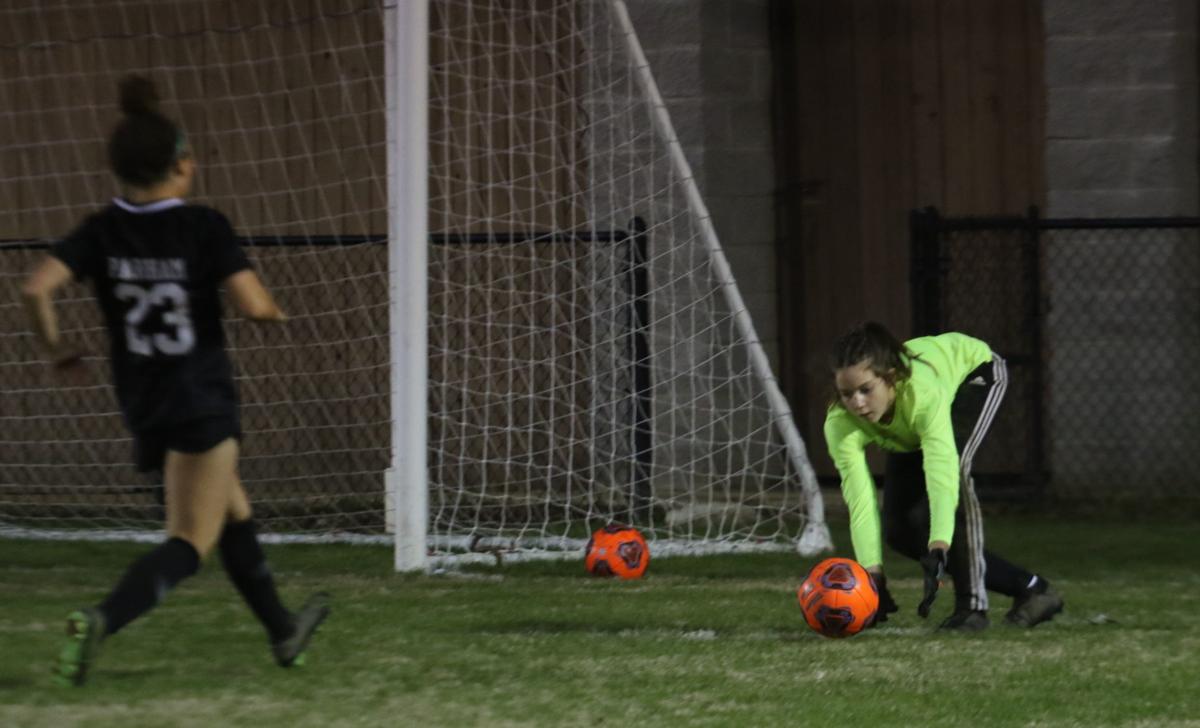 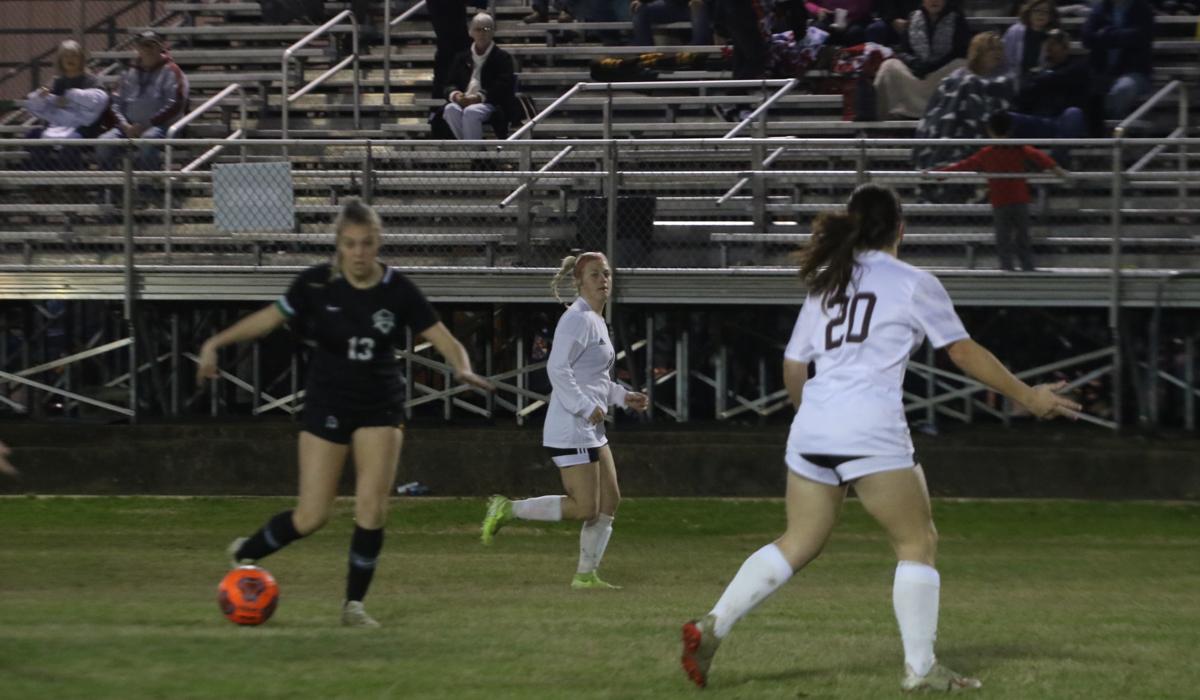 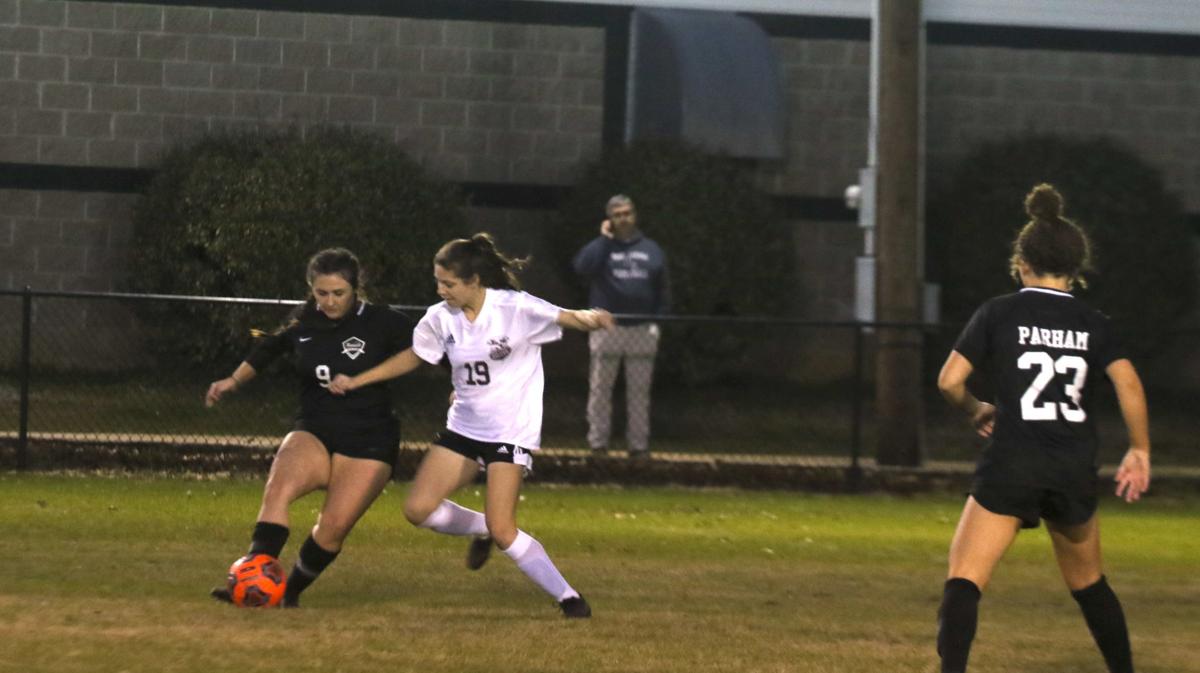 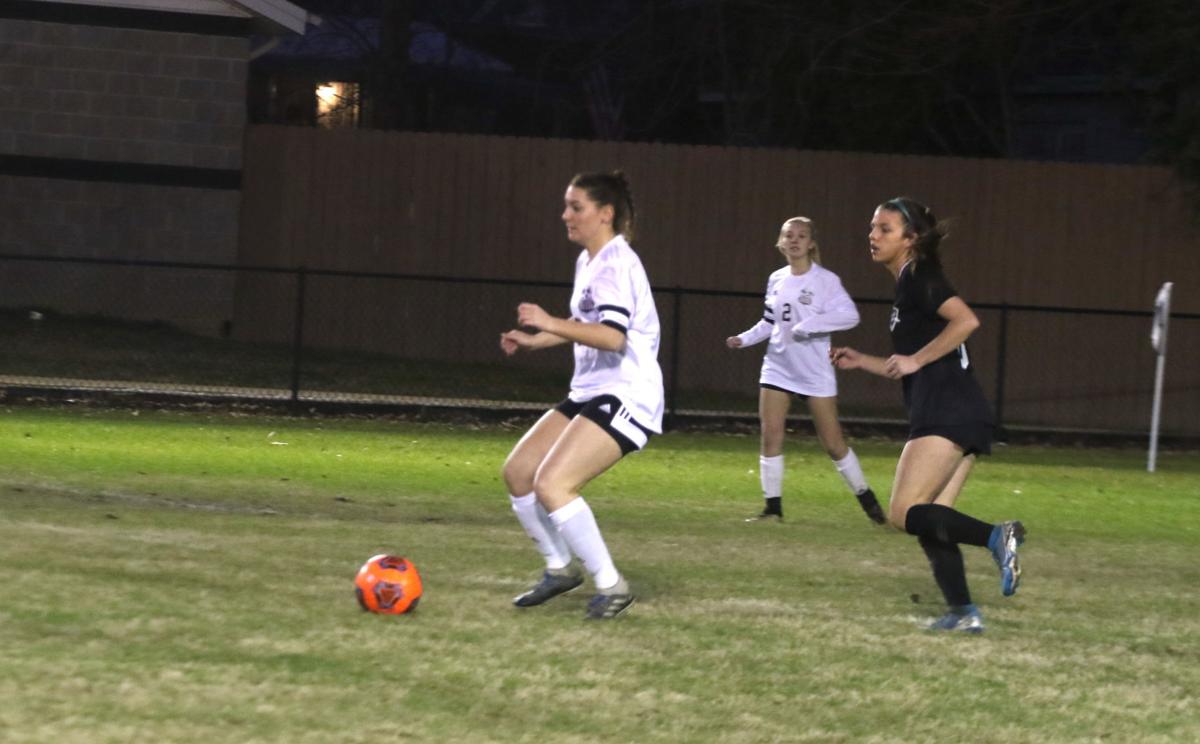 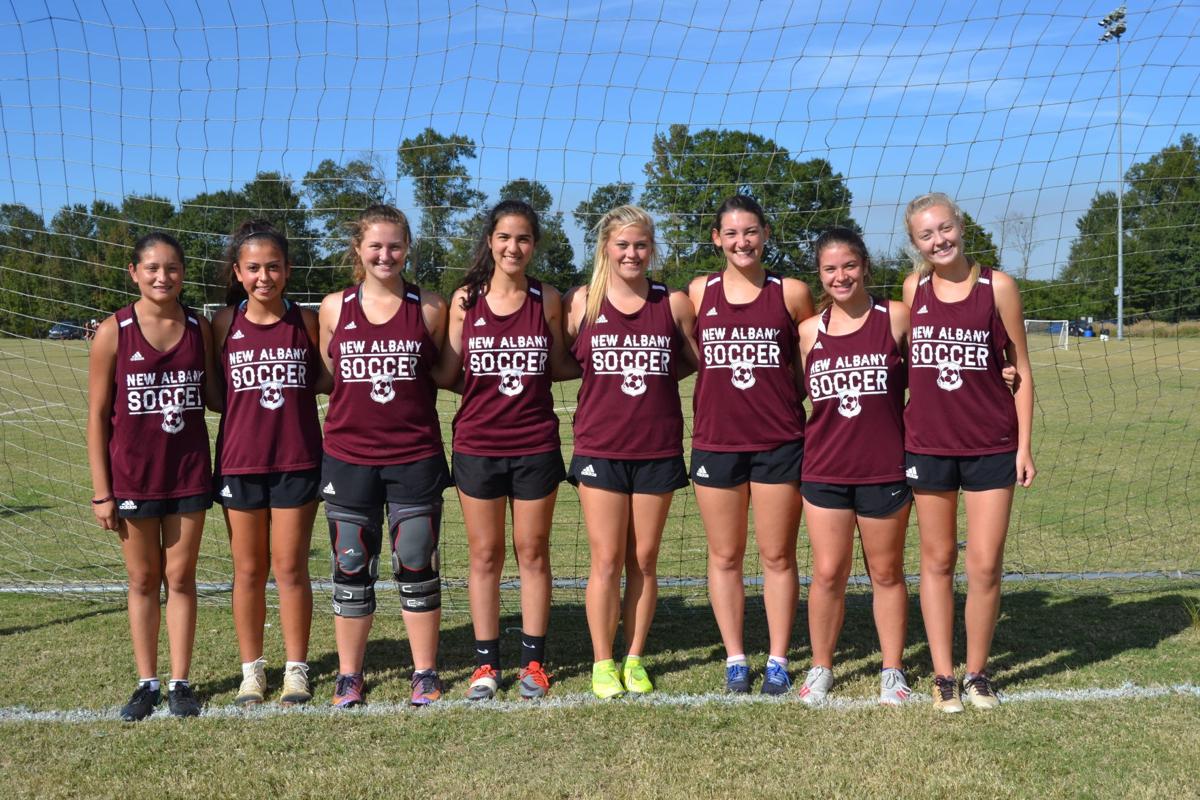 By Dennis Clayton Sports Editor
1 of 10

MOOREVILLE - New Albany saw their playoff experience for the 2019-20 season end at Mooreville on Tuesday as the Lady Troopers handed the Lady Bulldogs a 7-0 loss.

Mooreville was able to capitalize on a game-changing span of 10 minutes that decided the contest as the Lady Troopers scored four goals to take a commanding lead of 4-0 by the 17th minute.

Mooreville's opening goal came on a header by Josephine Pittman off corner in the seventh minute.

Allison Moore got open for a goal just inside the top of the box from 15 yards out to give Mooreville the 2-0 advantage in the 14th minute.

Molly Parham gave Mooreville a third goal a minute later with her goal inside the 18 and Moore found net again in the 17th minute to notch the score at 4-0.

Mooreville added another goal in the 28th minute as Anna Grace Ward connected on a shot and the Lady Troopers took a 5-0 lead into the half.

New Albany got some looks at the goal during the first half, but the Lady Bulldogs just were not able to put a ball on the frame while Mooreville kept up constant pressure and possession in the midfield and offensive end.

New Albany made their first appearance in the postseason following a two-year absence.

New Albany had a good run in Division 1-4A, going 6-2 with both losses coming to division champion Corinth. New Albany finished the season with a record of 8-13.