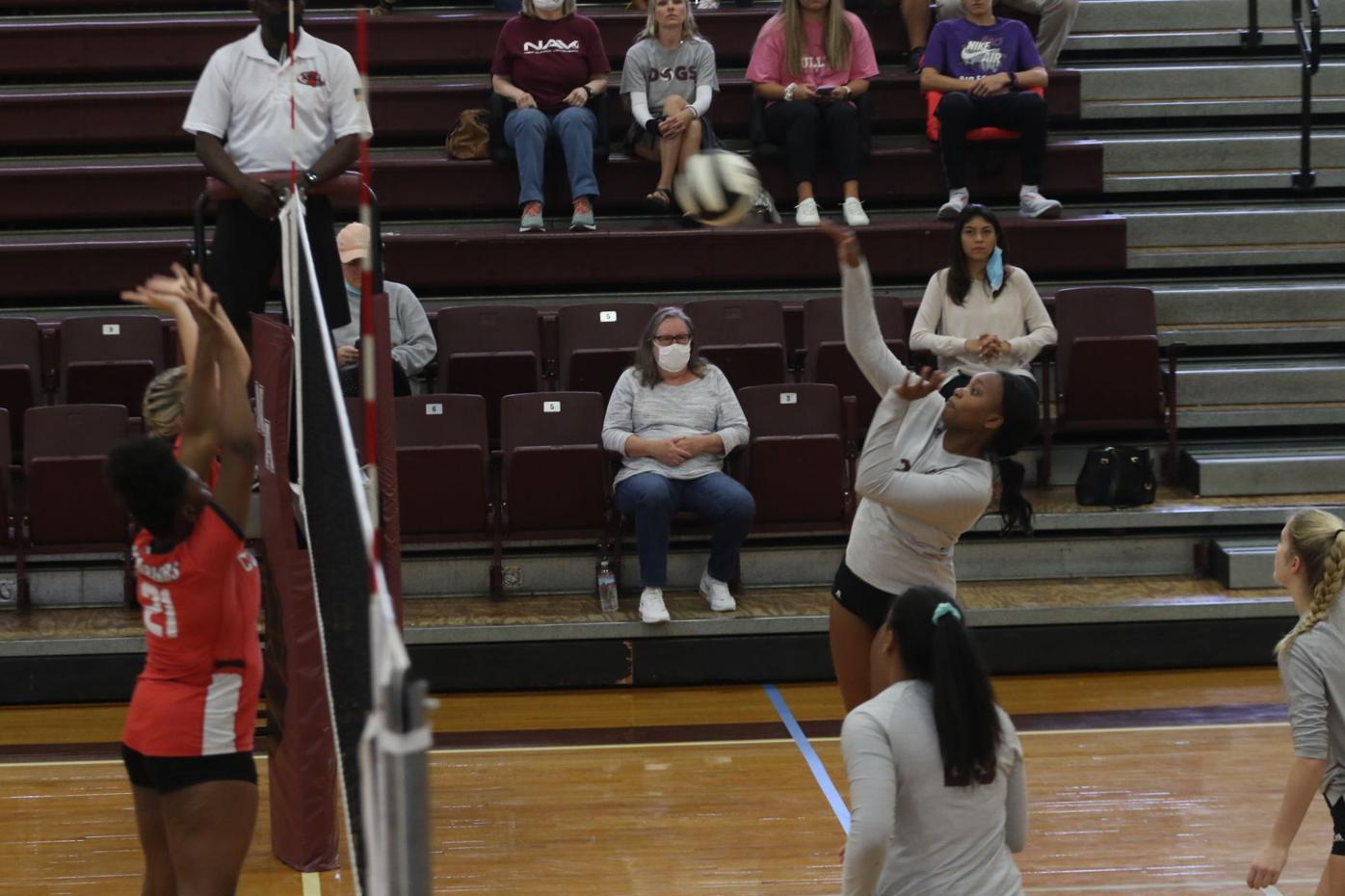 Endya Worship flicks a shot over the Corinth frontline defenders. 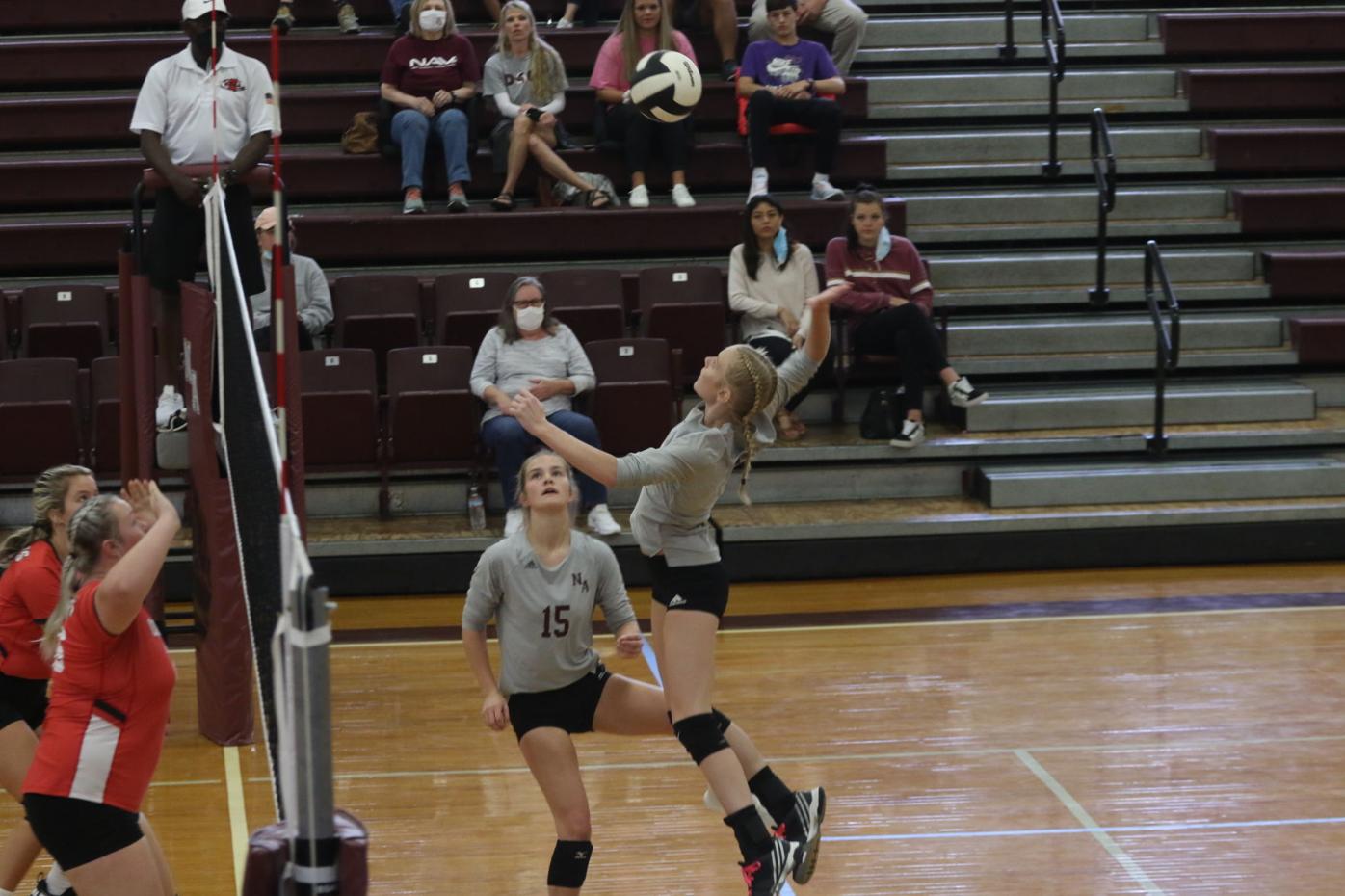 Madison Smith (17) played a pivotal role in the New Albany win over Corinth on Saturday.

Summer Gaskin gets the dig on the backline for the Lady Bulldogs.

Endya Worship flicks a shot over the Corinth frontline defenders.

NEW ALBANY - New Albany and Corinth tied up in another classic battle on the volleyball circuit as the Lady Bulldogs took the 3-0 win. New Albany won the contest by scores of 25-15, 25-17 and 26-24.

"I feel like for a Saturday especially we came out and struck first, they played hard and we didn't let many balls hit the ground," New Albany coach Ashley Connolly said. "We were swinging on offense and all that came together in the first two sets, we took control from the beginning."

New Albany broke a 4-4 tie during Madison Smith's service and by the time Corinth was able to break her serve, the Lady Bulldogs were up 12-4.

"I felt like Madi (Madison Smith) did an outstanding job today on offense and she was getting kills when we needed them and everything about everything she was doing today was what we needed at that moment, she stepped up," Connolly said.

Corinth was never able to recover from that outburst as New Albany went on to the 25-15 win.

Endya Worship had three kills while Alexis Mirfield and Smith had two apiece.

New Albany led from start to finish of the second set as they won 25-17. Smith and Worship added another kill each while Alyssa Newsome, Hannah Hughes and Masey Kate Adams had aces.

The third and final set was extremely close throughout as the teams tied on seven different occasions before New Albany escaped with the narrow 26-24 win. Alexis Mirfield picked up three kills for the Lady Bulldogs in the finale.

Adams finished the day with 16 assists and 22 digs. Hughes led the Lady Bulldogs with 26 digs. Mirfield had five kills while Smith posted four.

"Summer Gaskin came in and we needed her for reasons and I feel like she stepped up and played well, doing her job," Connolly said. "I felt like our outsides Camryn (Rainwater) and Endya, they swung and they tried to hit the holes where we needed them. Vakeria and Mirfield were kinda slow to start, but they did make up for it in other areas, especially Mirfield at the end, coming in swinging and getting those kills. Vakeria got a couple of kills herself in the third set."

New Albany improved to 5-1 in Division 1-4A with the win and has matches at Corinth and Tishomingo County remaining.

Hawks fall to Ashland in 3OT

My old camera still gets the job done