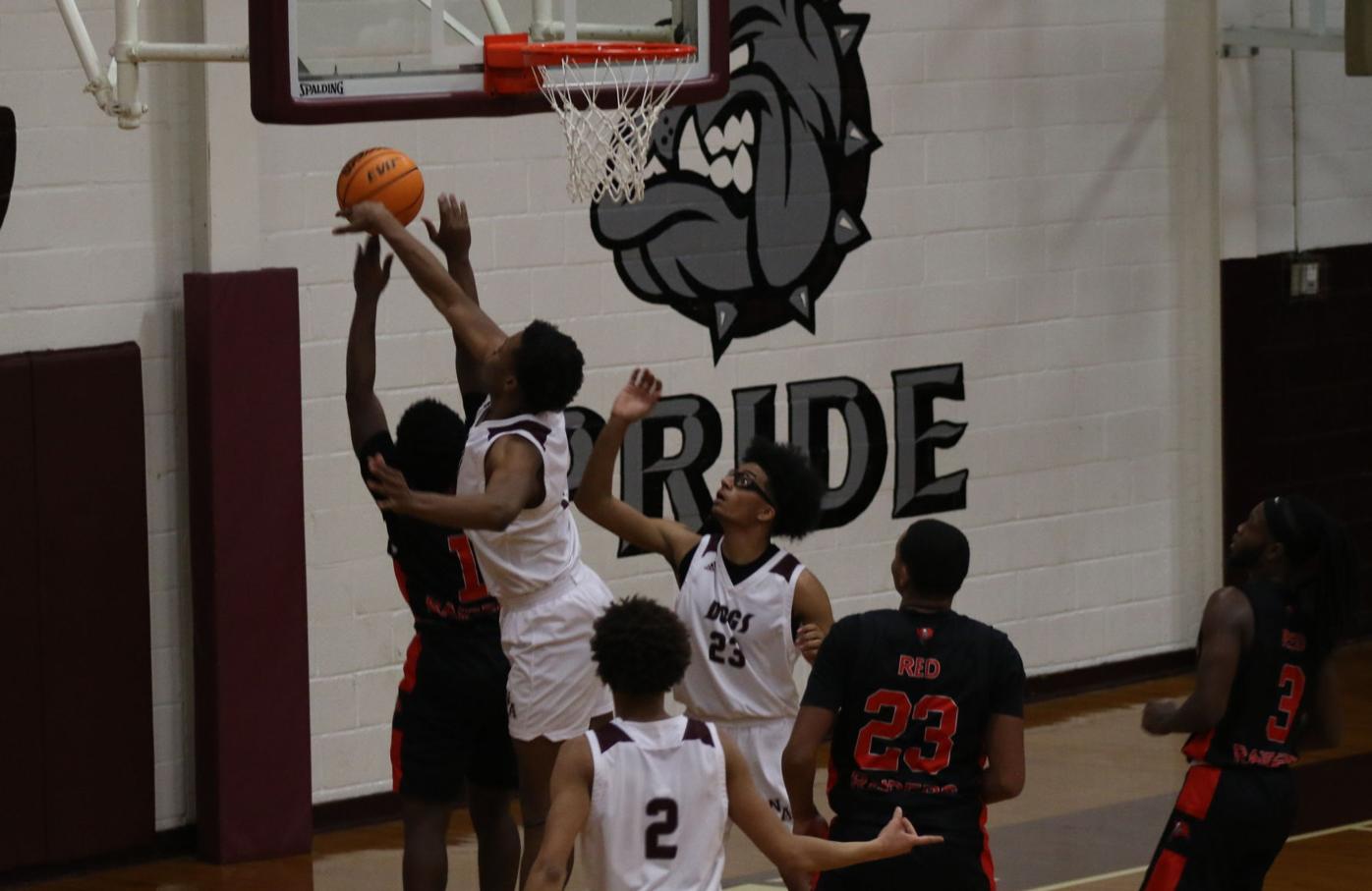 Trey Berry of New Albany rejects this shot by the Red Raiders during the first half. 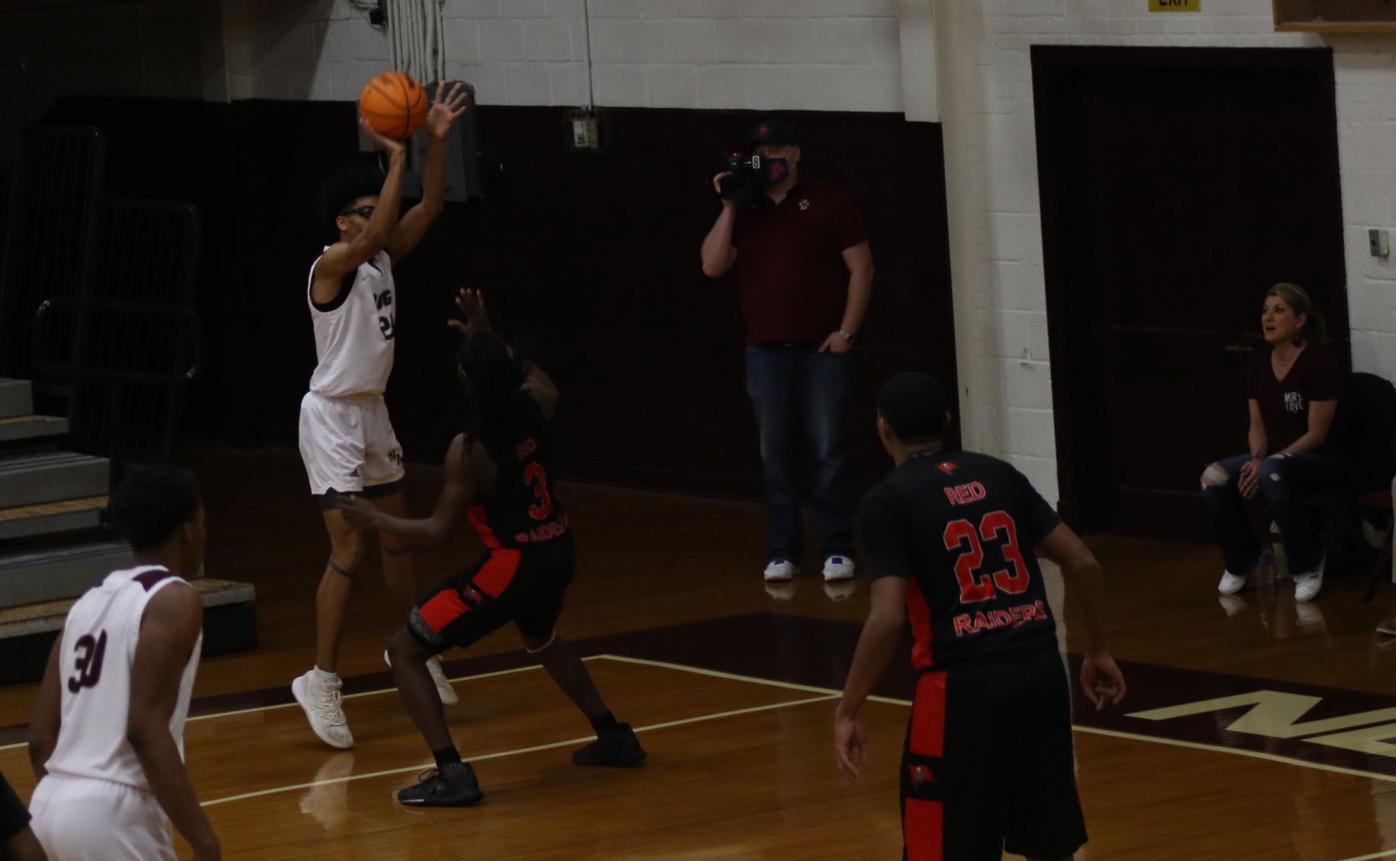 Michael Smith drains the three for the Bulldogs from deep in the corner during the fourth quarter. 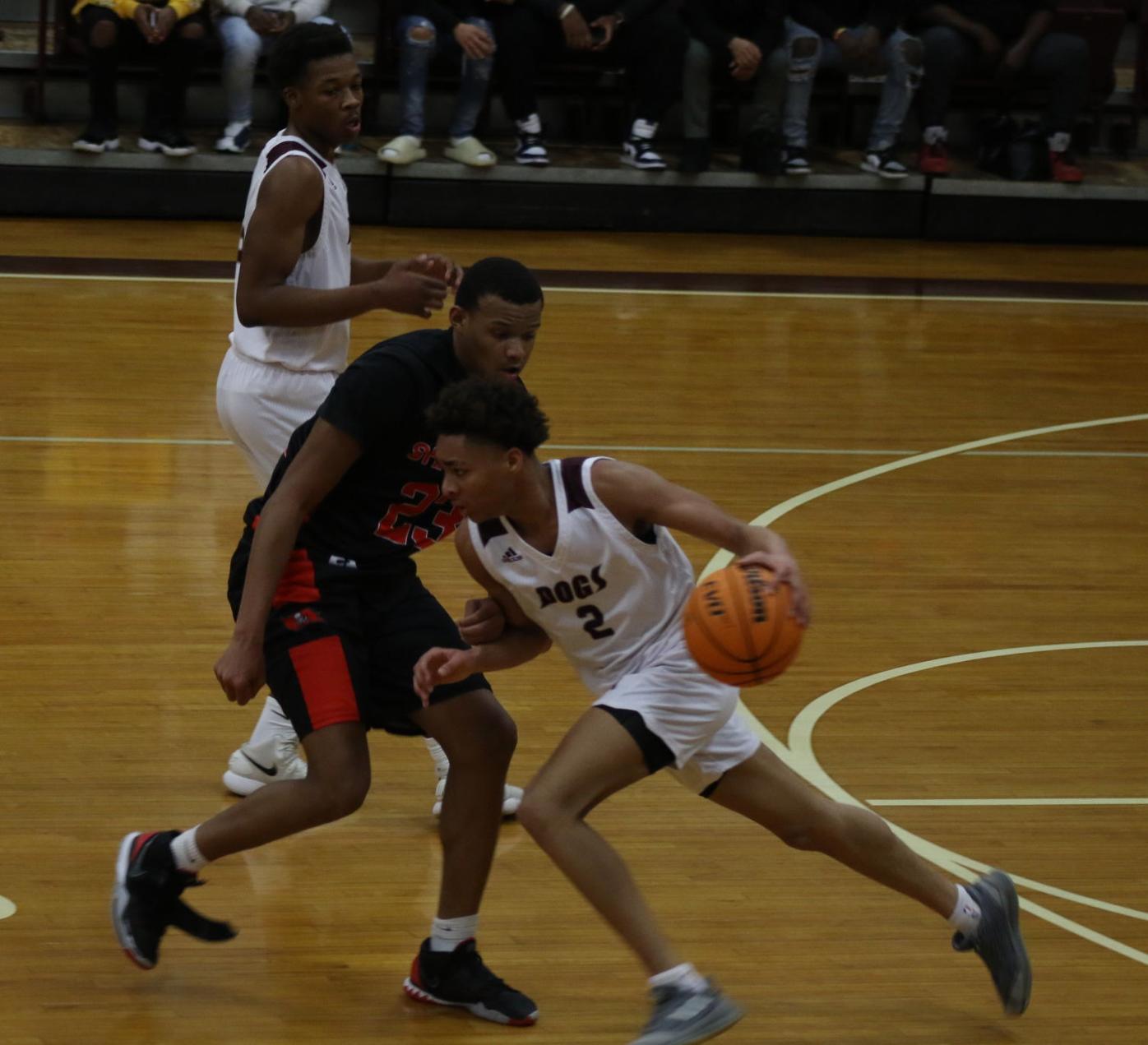 A.I. Nugent led the Bulldogs in scoring in his final game with 27 points.

Artaveion High of New Albany gets the steal and layup during the first half against Shannon.

Trey Berry of New Albany rejects this shot by the Red Raiders during the first half.

Michael Smith drains the three for the Bulldogs from deep in the corner during the fourth quarter.

NEW ALBANY • Shannon's Jikeis Tucker drilled a jumper from 15 feet to give Shannon the 78-76 win over New Albany in 4A basketball on Thursday. Tucker threw the ball in at mid-court and took a pass from Tyson Blanch on a dead run, then pulled up and fired up the game-winner.

Trey Berry had just tied the contest moments earlier with his basket in the paint with 11.2 seconds left. New Albany had roared back from 10 points down to start the quarter and took the lead at 74-72 with 1:51 remaining on Artaveion High's basket.

"My kids played hard and I told them after the game as a basketball coach, my job and what I'm most proud of, is if I can get my team to play hard and look, they played hard," New Albany coach Scotty Shettles said. "Did we do some things out there on the floor that might have hurt us throughout the game? Yes, but they kept fighting, they didn't want to lose and I give a lot a credit to Shannon, they were tough tonight.

"They (Shannon) hit open shots when they had them, they made tough shots, they made free throws, I give them all the credit because my kids played hard."

Shannon led 60-50 at the start of the final period, but the Bulldogs erased that lead as they came back from being down 12 at 66-54 with less than seven minutes left to tie the contest at 72-all on High's free throw with 2:06 remaining. The Bulldogs scored 26 points in the final period while limiting the Red Raiders to 18.

The game was tight through the first half as Shannon led 18-16 after a quarter and maintained their lead at the intermission at 34-33.

The third quarter aided the cause for Shannon as they blitzed the Bulldogs 26-17 during the frame to establish the 10 point lead of 60-50.

Missed free throws hurt the Bulldogs as well as they only hit 12 of 22 on the night while Shannon hit 9 of 12 from the charity stripe.

"Another big factor in the game was free throws," Shettles said. "We missed several free throws that were front ends of one-and-ones that hurt us.

"Then we get down to the end of the game and they call a foul on A.I. Nugent when we are driving to the goal and it fouls him out of the game. He played as hard as any kid I've ever had in the fourth quarter because he didn't want to lose. I go back again, I give props to Shannon."

Nugent led the Bulldogs with 27 points with 20 of those points coming in the second half. High finished the night with 19 points. Michael Smith scored 11 points and Kam Carter added 10 points.

Shannon was led by Tucker's 21 points including the game-winner. Jackson Harris hit for 19 points, Skylar Metcalf and Devin Hodges had 15 points apiece.

Shannon moves to the quarterfinal round and will face IAHS, 54-52 winners over Corinth.

New Albany finished their season with a record of 16-9.