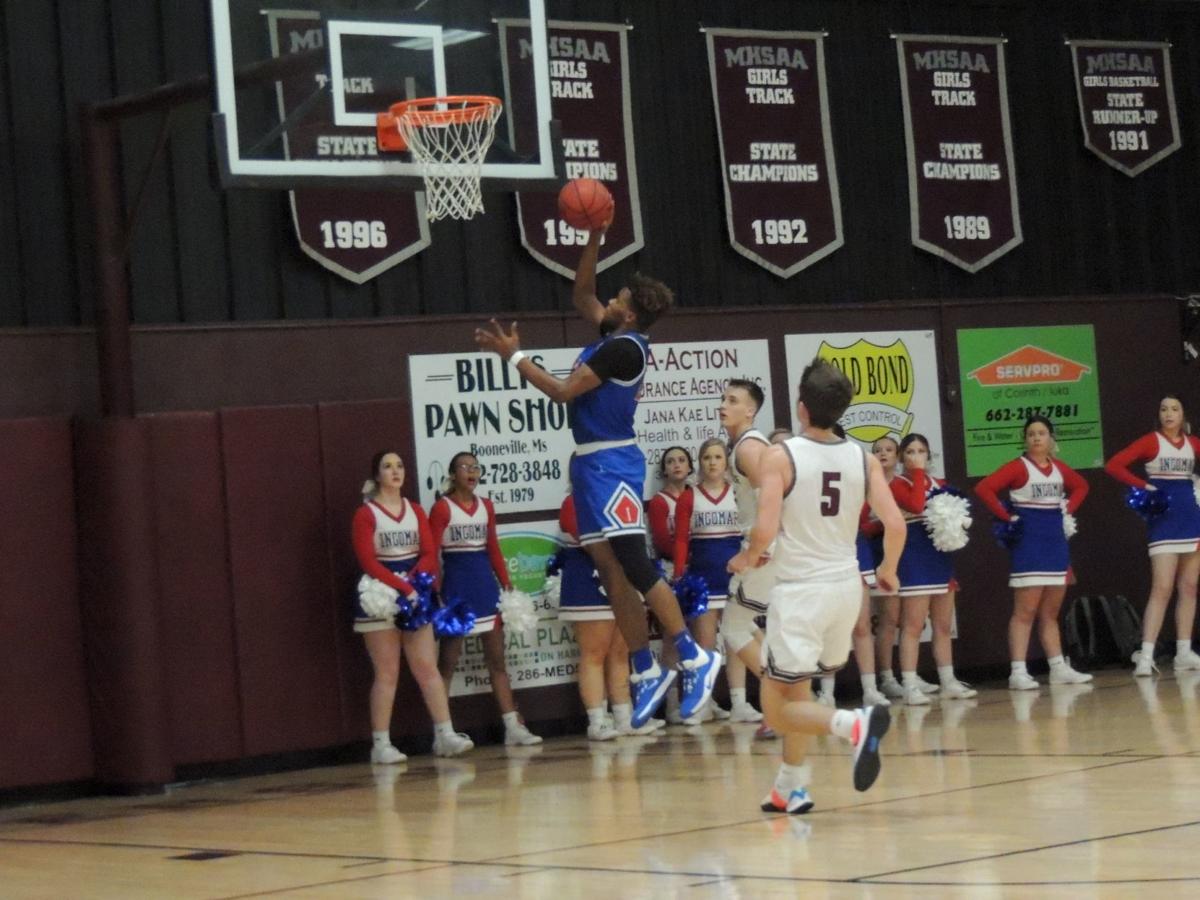 Ingomar's Zach Shugars goes up for a layup in the first half of the Falcons' loss to Biggersville. 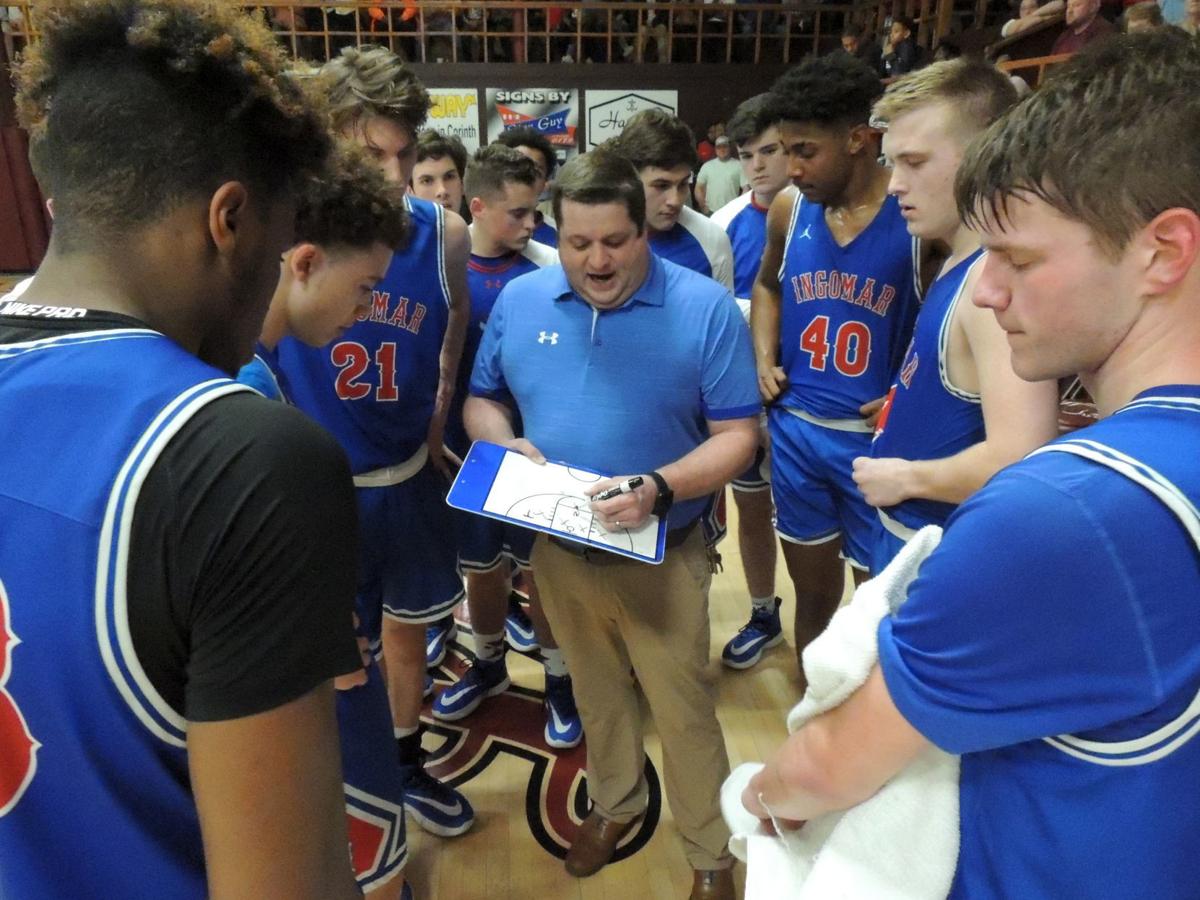 Ingomar coach Jonathan Ashley diagrams a play for his players during a timeout. 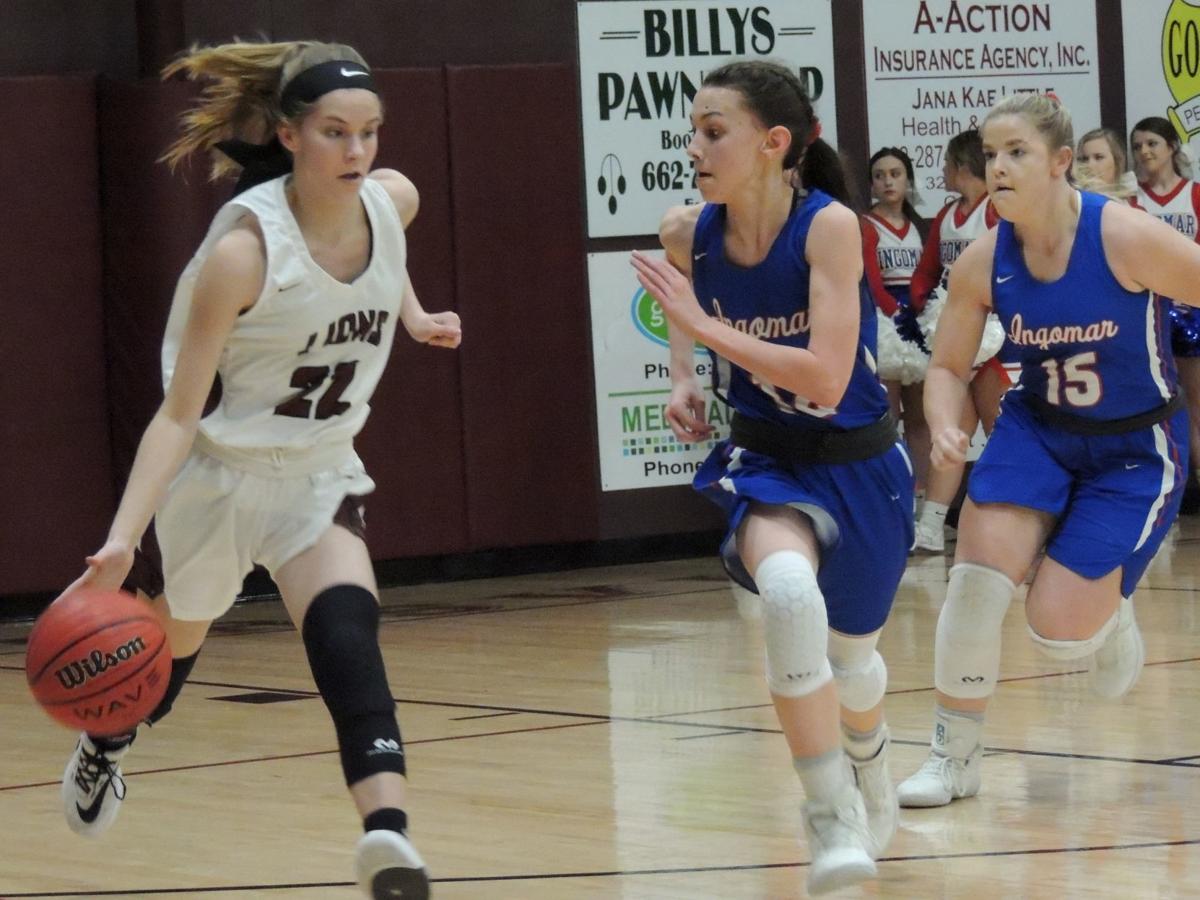 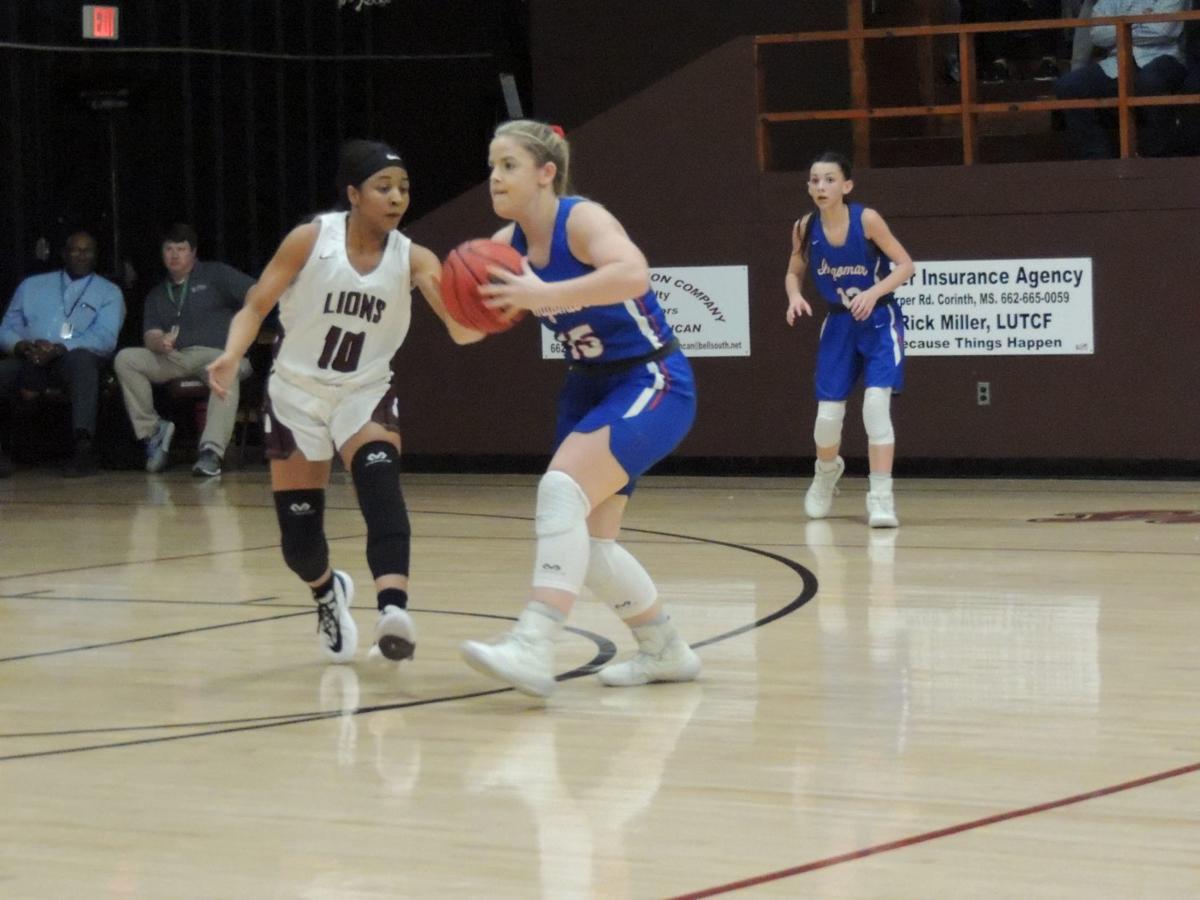 Ingomar's Katie Beth Hall (15) makes a pass against Biggersville in their road loss.

Ingomar point guard Hunter Bynum attempts to slap the ball away from a Biggersville player.

Ingomar's Zach Shugars goes up for a layup in the first half of the Falcons' loss to Biggersville.

Ingomar coach Jonathan Ashley diagrams a play for his players during a timeout.

Ingomar's Katie Beth Hall (15) makes a pass against Biggersville in their road loss.

BIGGERSVILLE – Biggersville junior guard Devin Leatherwood knocked Ingomar from the ranks of the unbeaten Monday with his on-target shooting touch.

Leatherwood sank a 3-pointer with 7.5 seconds remaining in regulation to tie the score, then connected on both ends of a one-and-one in overtime to lift the Lions to a 46-43 victory in the Class 1A showdown.

Ingomar (29-1) watched Zach Shugars’ last-second 3-point attempt from the top of the key miss in the overtime period.

Biggersville (21-1), down 43-40, called a timeout with 16 seconds left in regulation to set up Leatherwood’s shot. He worked his way free on the right wing to nail the game-tying 3-pointer. He finished with 13 points. Hunter Stacy, who led the Lions with 18, was a decoy on the play. He had made four 3-pointers.

“Devin’s a great shooter,” Biggersville coach Cliff Little said of Leatherwood. “We knew there would be a lot of focus on Hunter. We ran Devin off over there and he was able to step back and make it.”

Ingomar’s Nyheim Jones, who led the Falcons with 17 points, had given the Falcons their 3-point lead.

The Falcons did not shoot well from the perimeter, hitting just one outside shot – a 3-pointer early in the third quarter from Nathan Weeden.

Ingomar’s man-to-man defense did hold Biggersville under its average of 73.5 points scored per game. The Falcons are allowing opponents an average of 48 points per game.

Northeast Mississippi basketball fans are hoping for a Biggersville (1-1A), Ingomar (2-1A) rematch in the state championship game at Ole Miss. If the two teams win their respective division tournaments, they would be in opposite brackets.

“That’s a long, long time way away,” Little said. “We just want to win our next one.”

Goldee Butler’s layup at the buzzer gave the Lady Lions the victory.

Ingomar had taken the lead with 14 seconds remaining on a layup by Katie Beth Hall, who led the Falcons with 20 points. Macie Phifer added 11 points and Kylee Johnson nine.