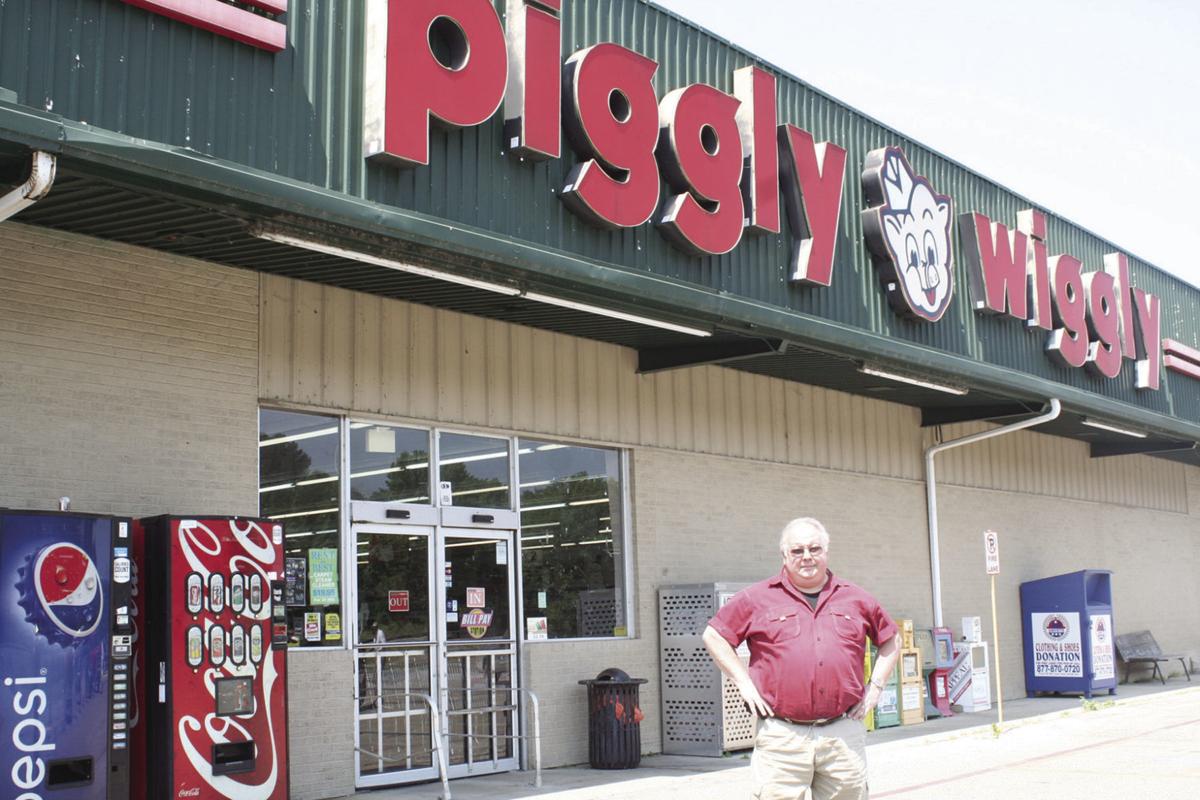 A lifetime grocery man, Mike Mansel brought the Piggly Wiggly brand to its location on Bankhead St. in 2004. 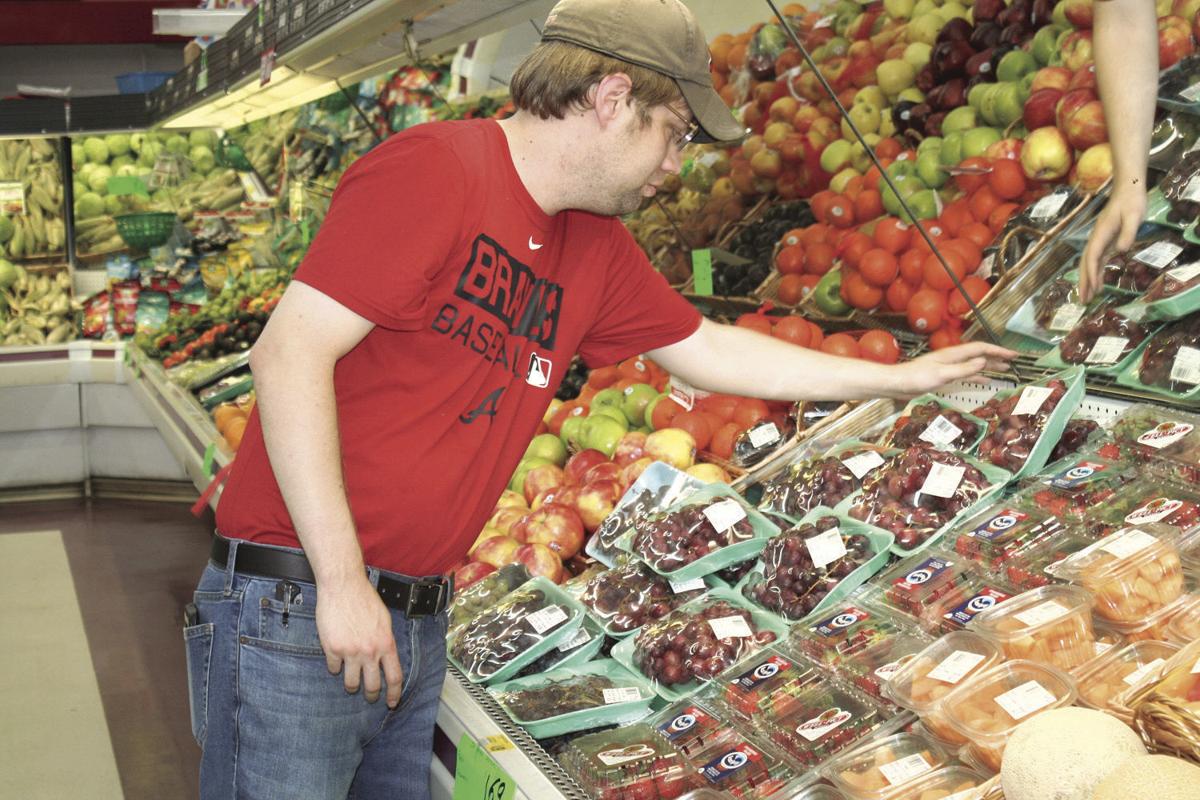 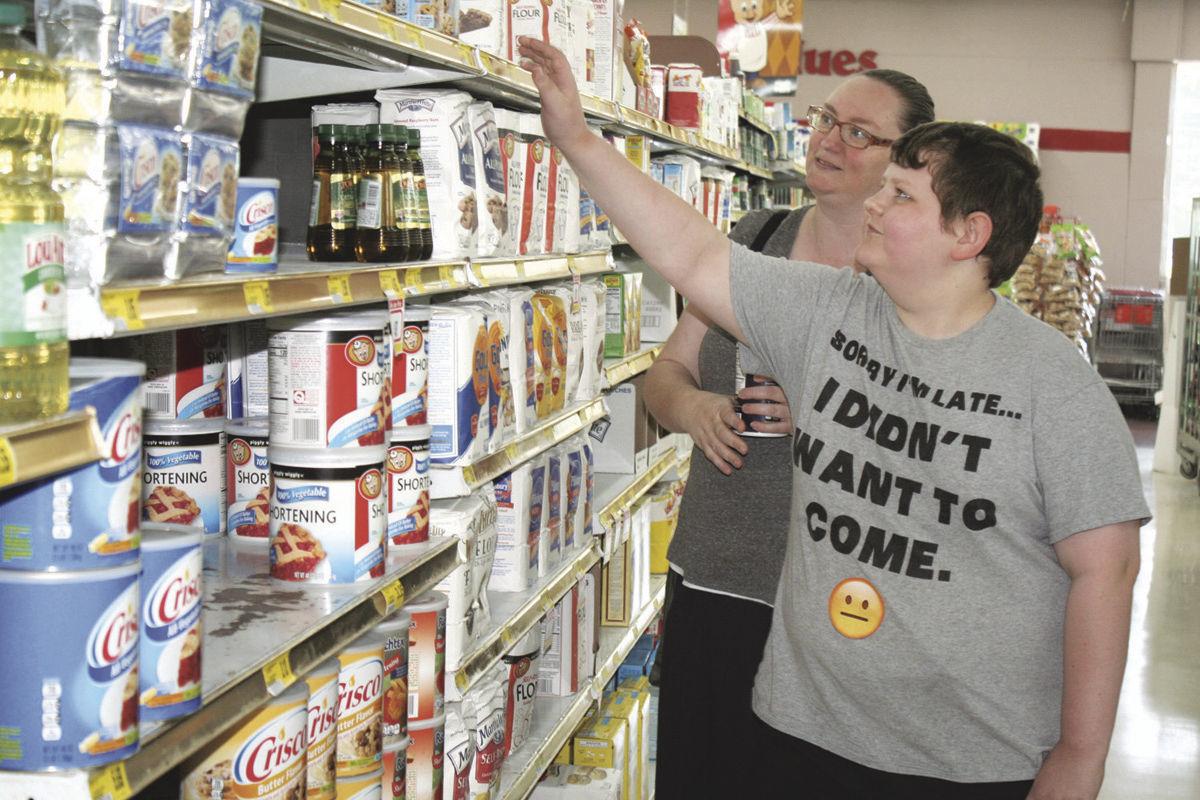 Suzanne Cowsert and her son, Max, 11, shop for popcorn and salt.

A lifetime grocery man, Mike Mansel brought the Piggly Wiggly brand to its location on Bankhead St. in 2004.

Suzanne Cowsert and her son, Max, 11, shop for popcorn and salt.

NEW ALBANY – Ann Moody was ducking in and out, to grab some beautiful, fresh chicken breasts she had seen in a sales circular.

“I’m a bargain shopper,” said Moody, an Ingomar resident, smiling. “They have great meats here, and they always have the best prices.”

Suzanne Cowsert and her son, Max, popped in to grab some popcorn and salt.

“Hometown friendliness and customer service,” said Cowsert, as she and Max tucked their movie-watching fare under their arms and headed to the register.

In his small, ramshackle office, scattered with the detritus of a very busy man, Mike Mansel took a moment to catch his breath, and to reflect on how his Piggly Wiggly supermarket came to be.

“When you’re small, like us, you do it yourself,” Mansel said, having just put down a broom and taken off a butcher’s apron.

Mansel brought the Piggly Wiggly brand to 602 W. Bankhead St. in 2004. The store, which had been a grocery since 1969, was most recently Jackson’s Supermarket.

A lifelong grocery man, Mansel entered the trade as a wet-behind-the-ears youngster, in the Delta, in 1979.

“I was right out of the hayfield, and I couldn’t believe anybody would pay me three dollars an hour to work in air-conditioning,” said Mansel, laughing.

Mansel cut his grocer’s teeth as a butcher, a trade that is gradually disappearing from the industry landscape, he said.

“When I started, they brought in a side of beef, on a hook, and it was heavy, and we had to dissect it, and none had better hit the floor,” said Mansel.

“You hang it up by the hind legs, and pull off the chuck and shoulders, then get the shank and work your way up,” said Mansel, moving his hands in the air, as if holding a knife, surgically working his way through the bovine muscle.

Those meat-cutting skills are the bedrock of his business, and the main attraction to his grocery, Mansel said.

“We delight in special cuts, “said Mansel, as he removed a two-foot-section of New York Strip from the plastic and began to trim and prep it. It seemed a simple task, unworthy of his skills as an expert meat-cutter.

“If I were ordering it, I would leave the fat around the edges,” Mansel said, noting that fat, and marbling, adds flavor, especially to a lean cut of steak, like a strip.

“Fillet mignon, porterhouse, any kind of tenderloin, like butterfly, or tenderized, we can do it all,” said Mansel. “Customers just need to call ahead and tell us.”

Mansel learned his work ethic from his father, a Baptist preacher, and passed it on to his children, all of whom have found success in occupations other than the grocery business.

The idea of a family, gathered around a supper table, is a beautiful image, Mansel said.

“The whole table revolves around a premium cut of meat,” Mansel said. “The fellowship, the sharing, the prayer, so often, in Southern homes, the meat is the center of it all, and we really appreciate being part of people’s lives and meals.”

Mary Willard brought in her daughter, Tracy Butler, and her grandchildren, Eli and Annah Kate, to shop on a sunny, warm, Tuesday morning.

“The friendly faces, and the good and kind service is so special to us,” said Butler, as Eli fidgeted and tried to arrange the groceries in the buggy for his mama.