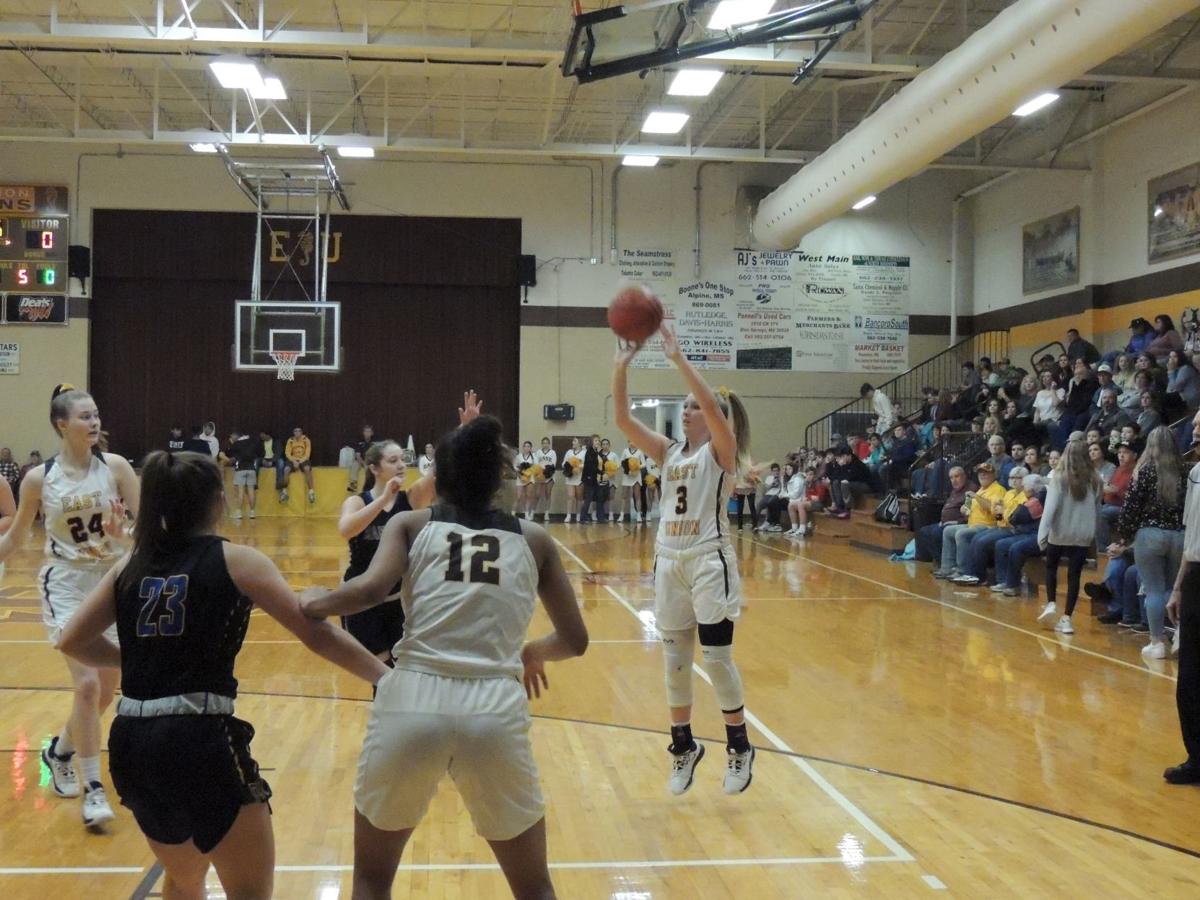 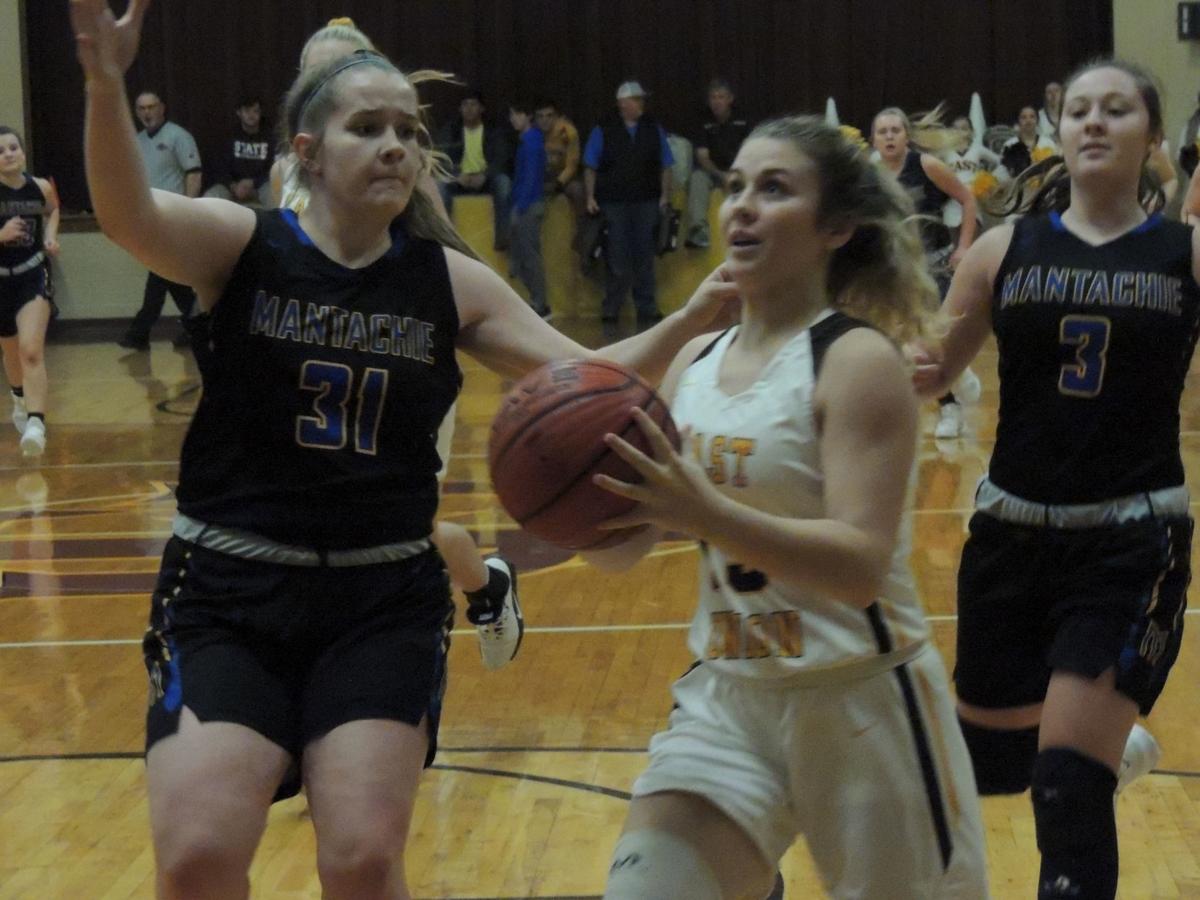 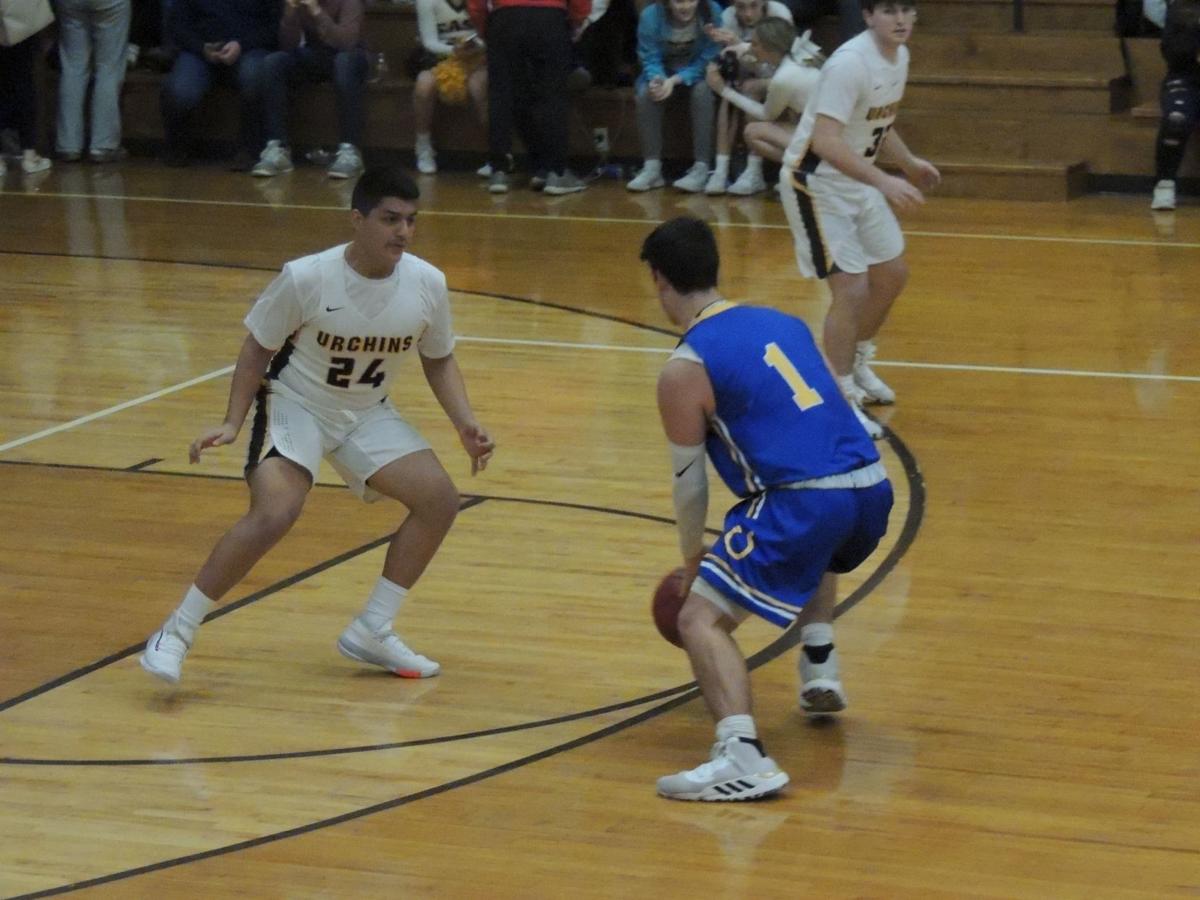 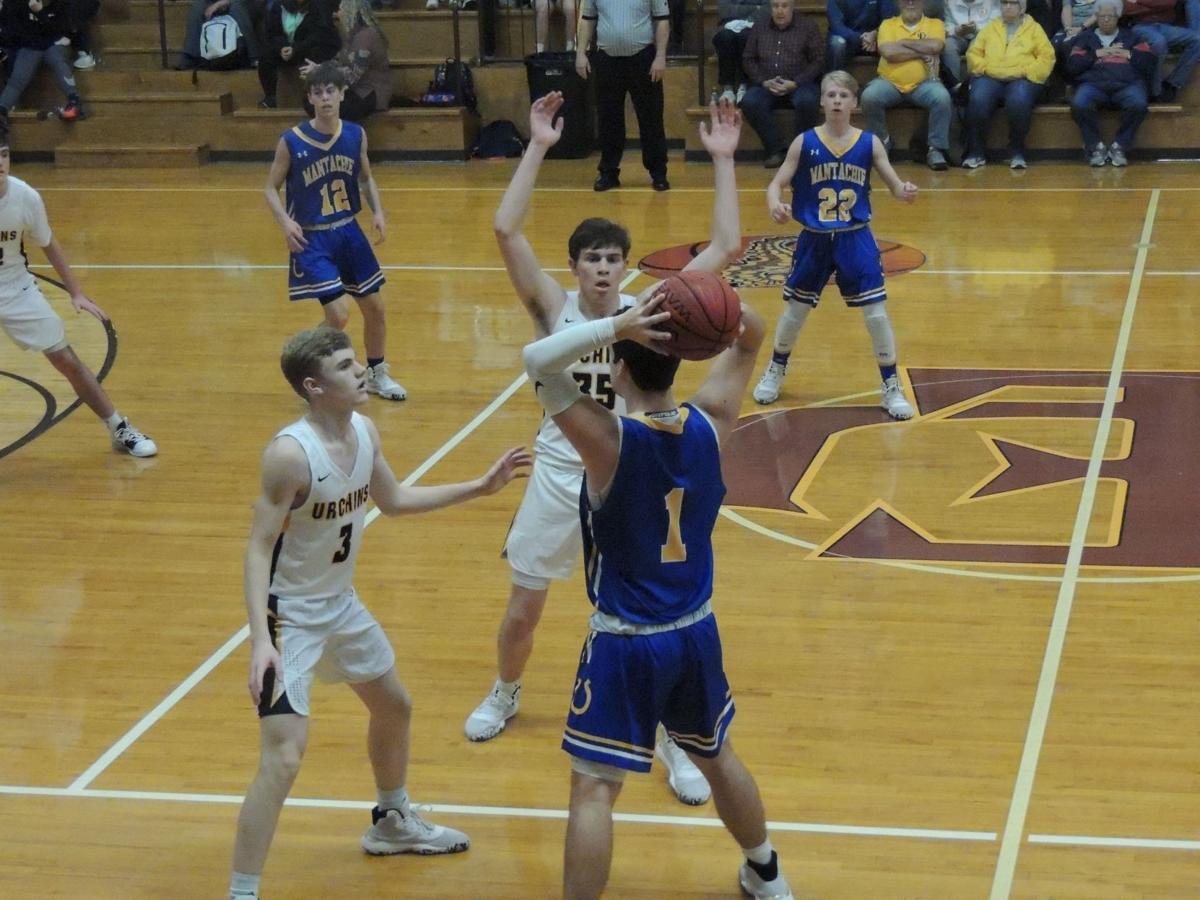 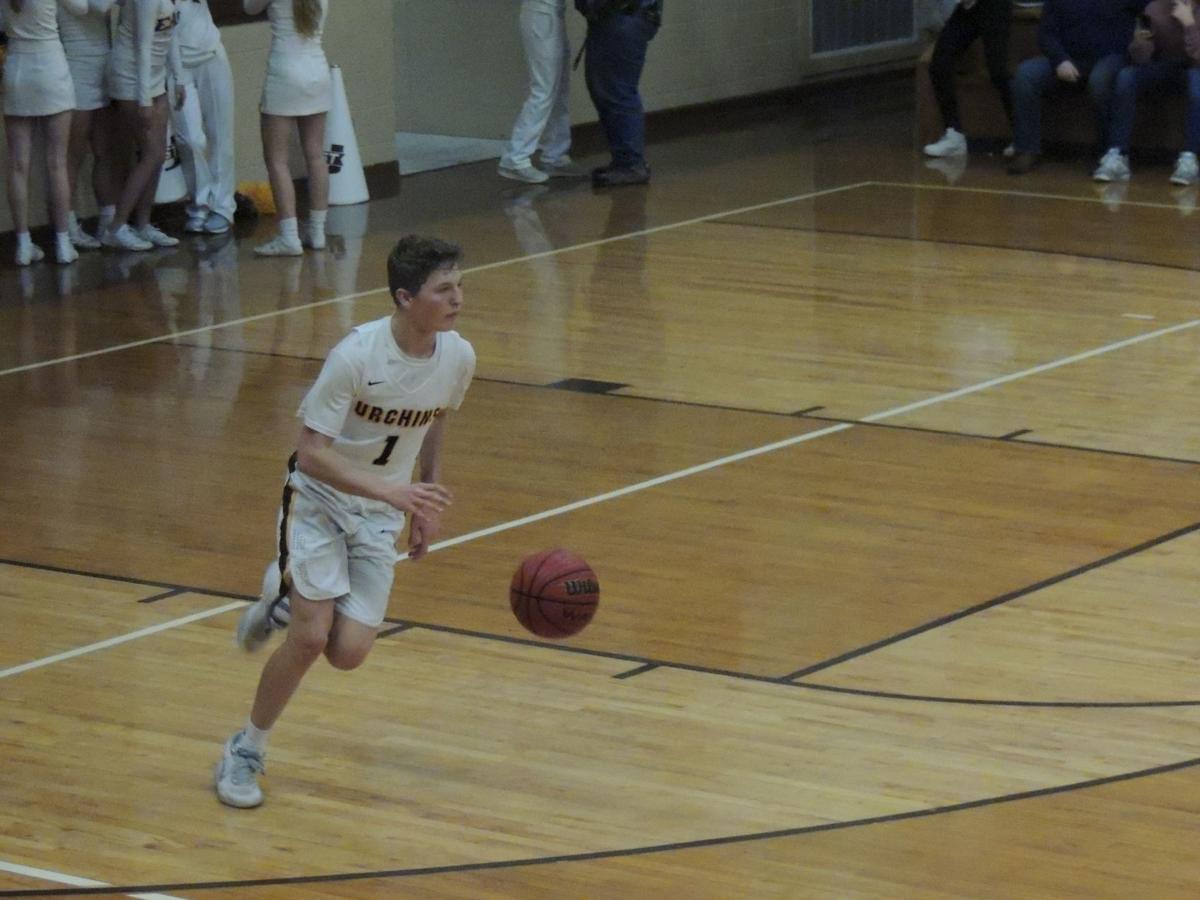 East Union point guard Hayden Roberts heads down court in the Division 1-2A win against Mantachie.

East Union point guard Hayden Roberts heads down court in the Division 1-2A win against Mantachie.

ELLISTOWN – Sylvie McVey’s perimeter shots weren’t falling in the first half of Friday’s Division 1-2A basketball opener against Mantachie.

East Union’s senior guard found her shooting touch in the second half and led the Lady Urchins to a 59-41 victory.

McVey scored 15 of her game-high 20 points in the second half. Six of those points came on a pair of 3-pointers. She opened the fourth quarter with a 3-pointer and a layup to help East Union build an 18-point lead.

“That fixed it and I started making them,” McVey said. “It felt really good to win. We’ve put in the work every single day and it paid off today.”

Brown added, “Sylvie lit it up in the second half. She played really well. She’s tough. When she gets going, we can score some points.”

“It’s good to win one after a losing streak,” Brown said. “They were a little discouraged. We needed this win to get back on track.”

Brown credited the team’s defensive play with earning the win.

“We basically worked on defense for three days. I’m hoarse because I yelled so much at practice,” he said. “They got after it tonight. We’ve got to play hard on defense the rest of the year. I’m proud of the way we played defense.”