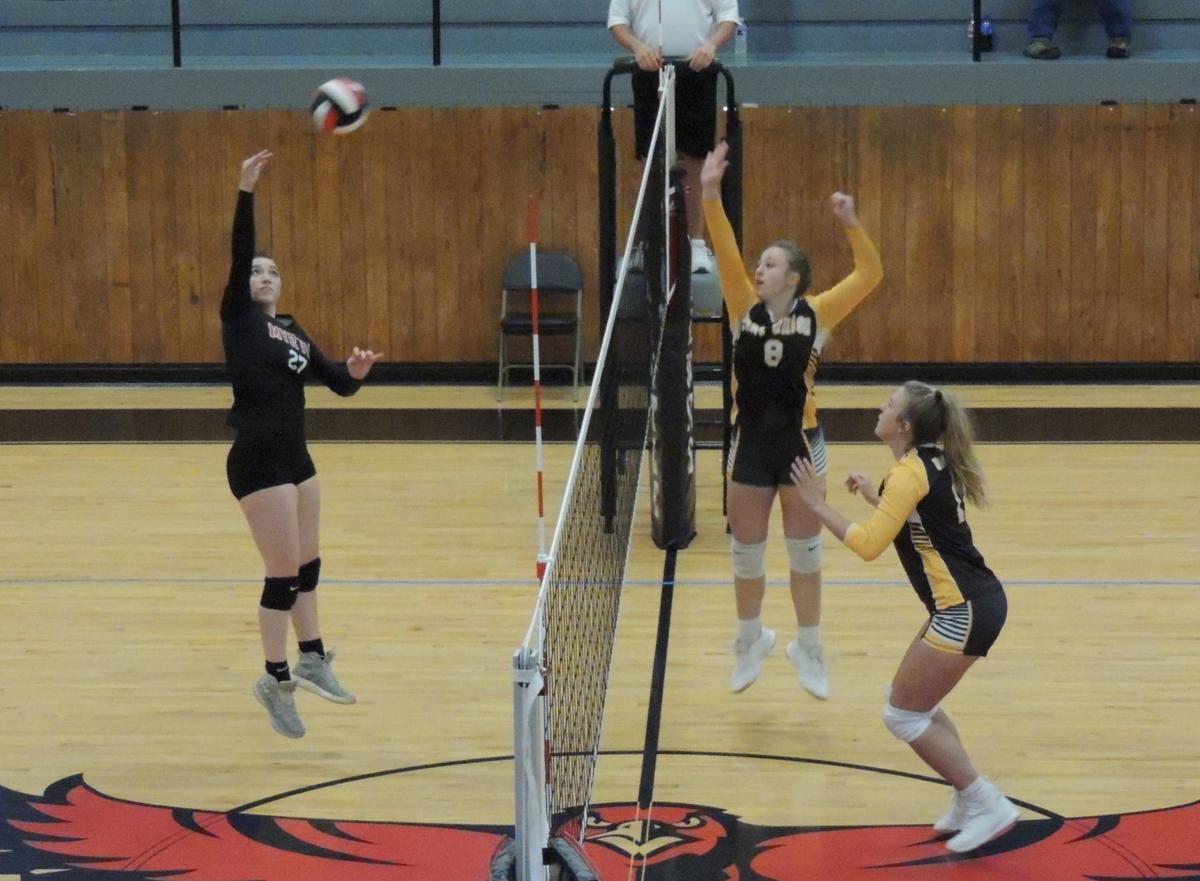 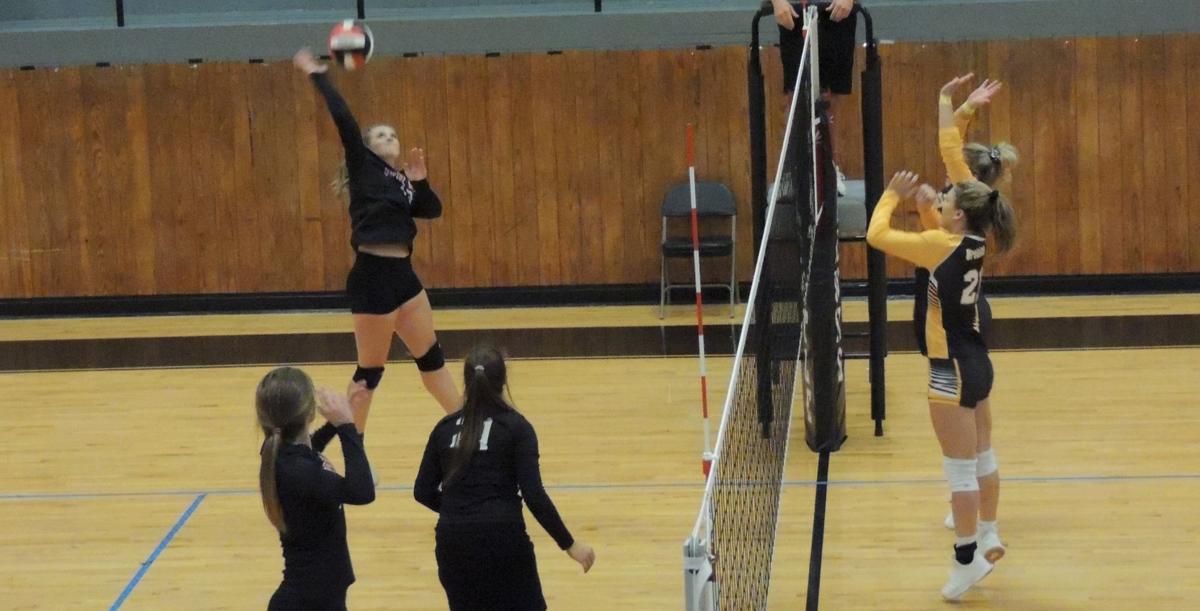 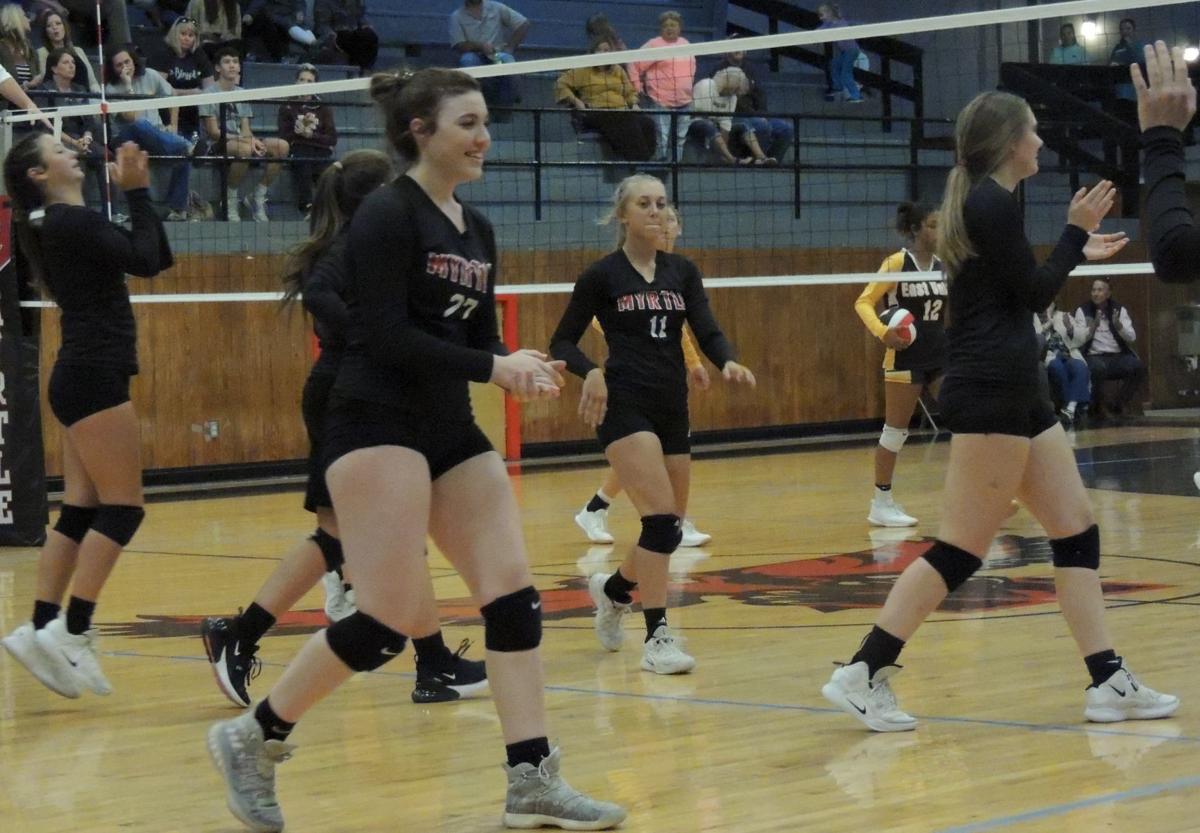 Myrtle's players celebrate as they exit the court with a 3-0 win over East Union. 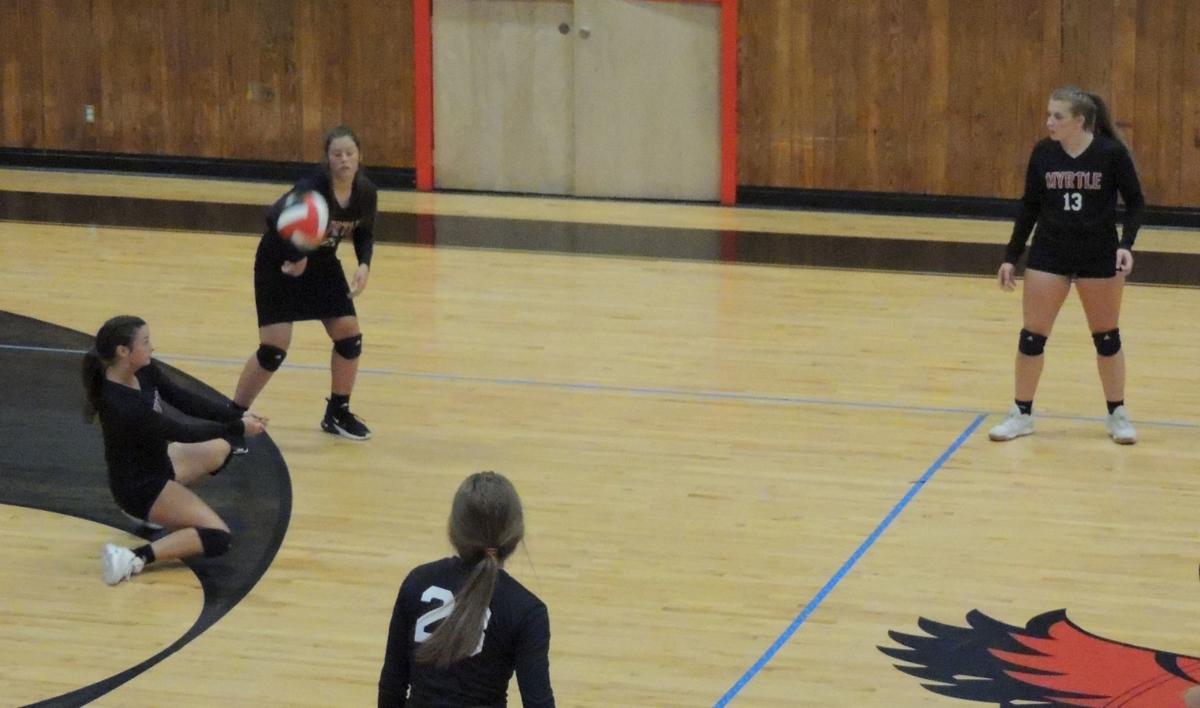 Myrtle's Kinsley Gordon slides for a dig against East Union. 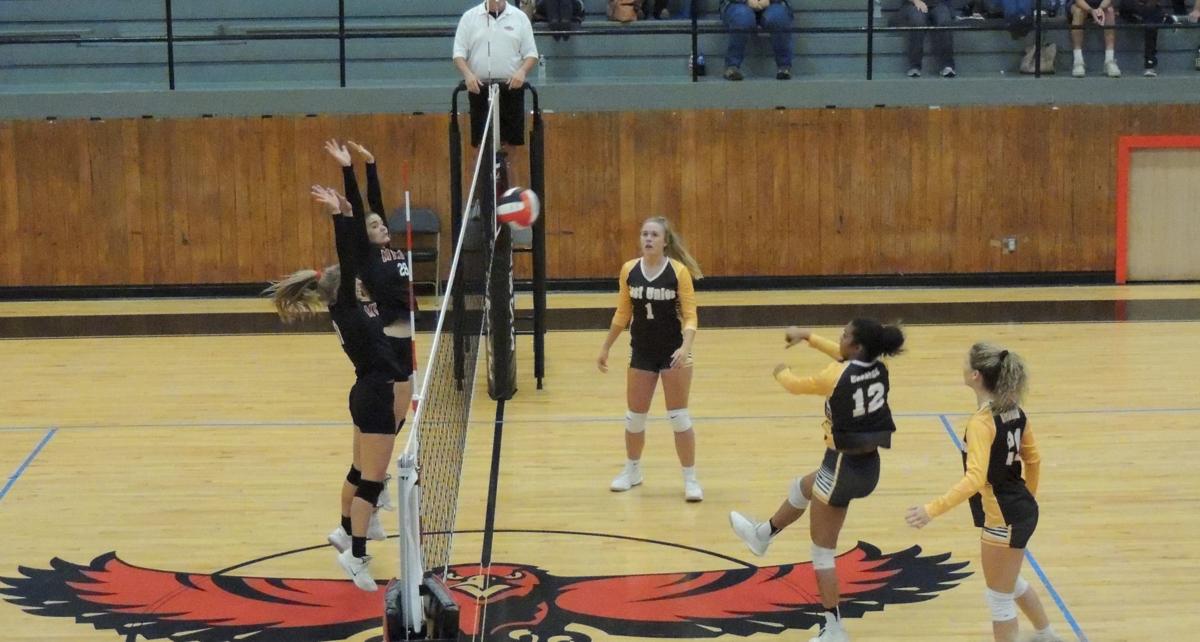 Myrtle's Sarah Kate Thompson sets up a shot attempt for Lexi Hutcheson in the team's win against East Union.

Myrtle's players celebrate as they exit the court with a 3-0 win over East Union.

Myrtle's Kinsley Gordon slides for a dig against East Union.

Special to the Gazette

“We finally got it together; we started to communicate,” Watkins said. “I thought, ‘we’ve got to come back and win this or we’re probably going to be running laps.’ ’’

Myrtle, thanks to a service ace from Watkins and a possession-changing kill from junior Lexi Hutcheson, rebounded to win the first set 25-22 and sweep the visiting Lady Urchins 3-0 with 25-19 and 25-13 wins.

Watkins helped her team put the match away with six of her seven service aces in the third set. Another kill by Hutcheson ended Watkins’ service run and gave the Lady Hawks a 13-3 lead.

“(Watkins) hadn’t been serving the ball very well, but she found it then,” Myrtle coach Robert Gordon said. “It came at a big time, too. We needed to stretch that lead out.”

Myrtle, playing as an independent this season, improved to 9-3 overall. The Lady Hawks were scheduled to play at East Union on Thursday in a season final for both first-year programs.

“It’s a fun game,” Watkins said. “It took us a little time to understand teamwork and communication. Coach Gordon has worked his tail off to get us where we are.”

Kinsley Gordon, a sophomore outside hitter, had two aces and a kill for Myrtle late in the first-set rally. Hutchinson added a kill, Sarah Kate Thompson had a blocked shot and Kierstyn Shoops recorded an ace for the Lady Hawks.

The second set, East Union’s Hannah White had two kills and a blocked shot to keep her team close. Myrtle’s Thompson served out the final four points of the set to give her team a six-point win.

“We passed the ball terrible. Then if we got it there, we’d mess it up,” East Union coach Josh Blythe said. “When we’d serve, we’d get three or four, then three or four errors.

“I can’t put my finger on any one thing.”