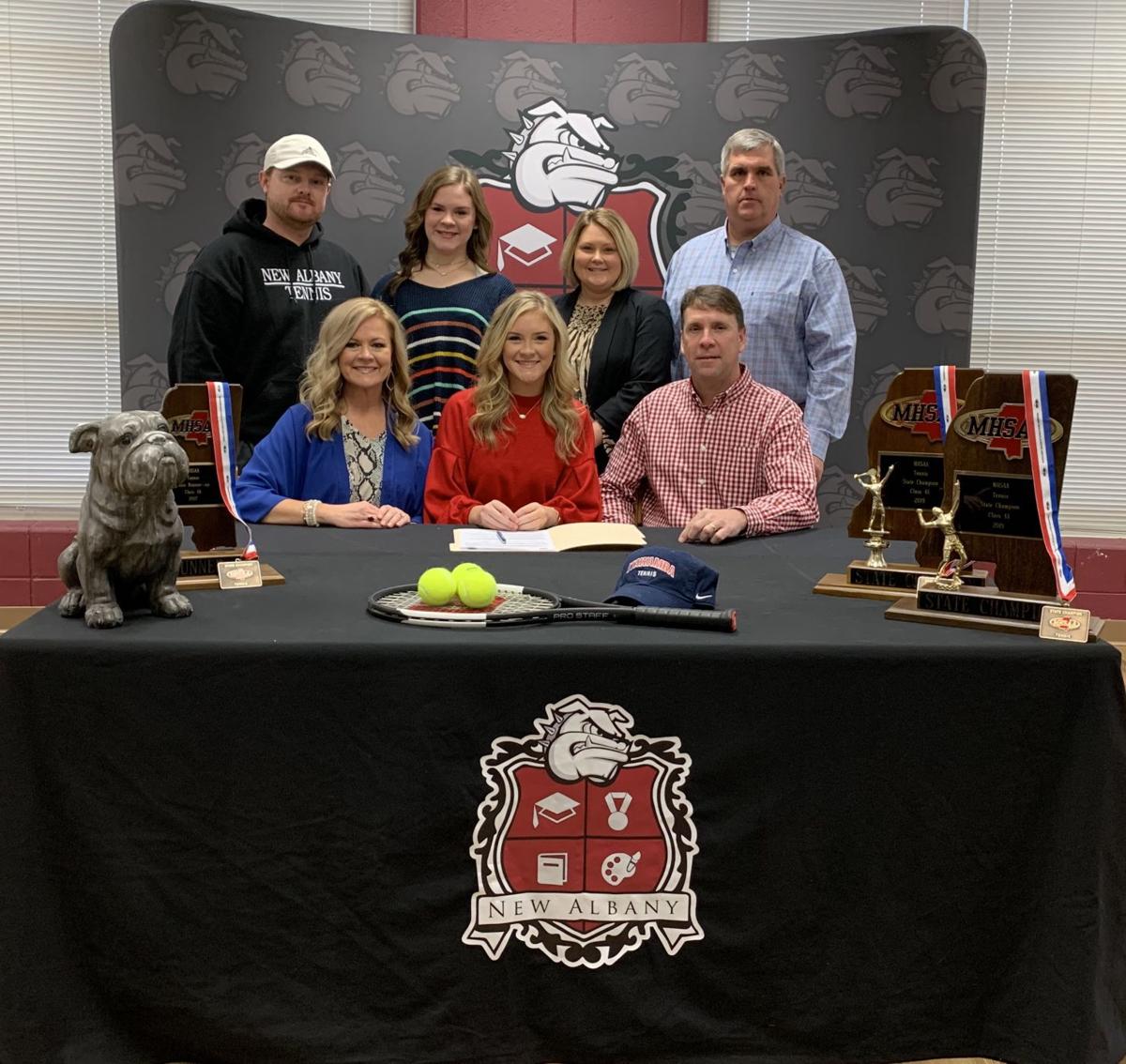 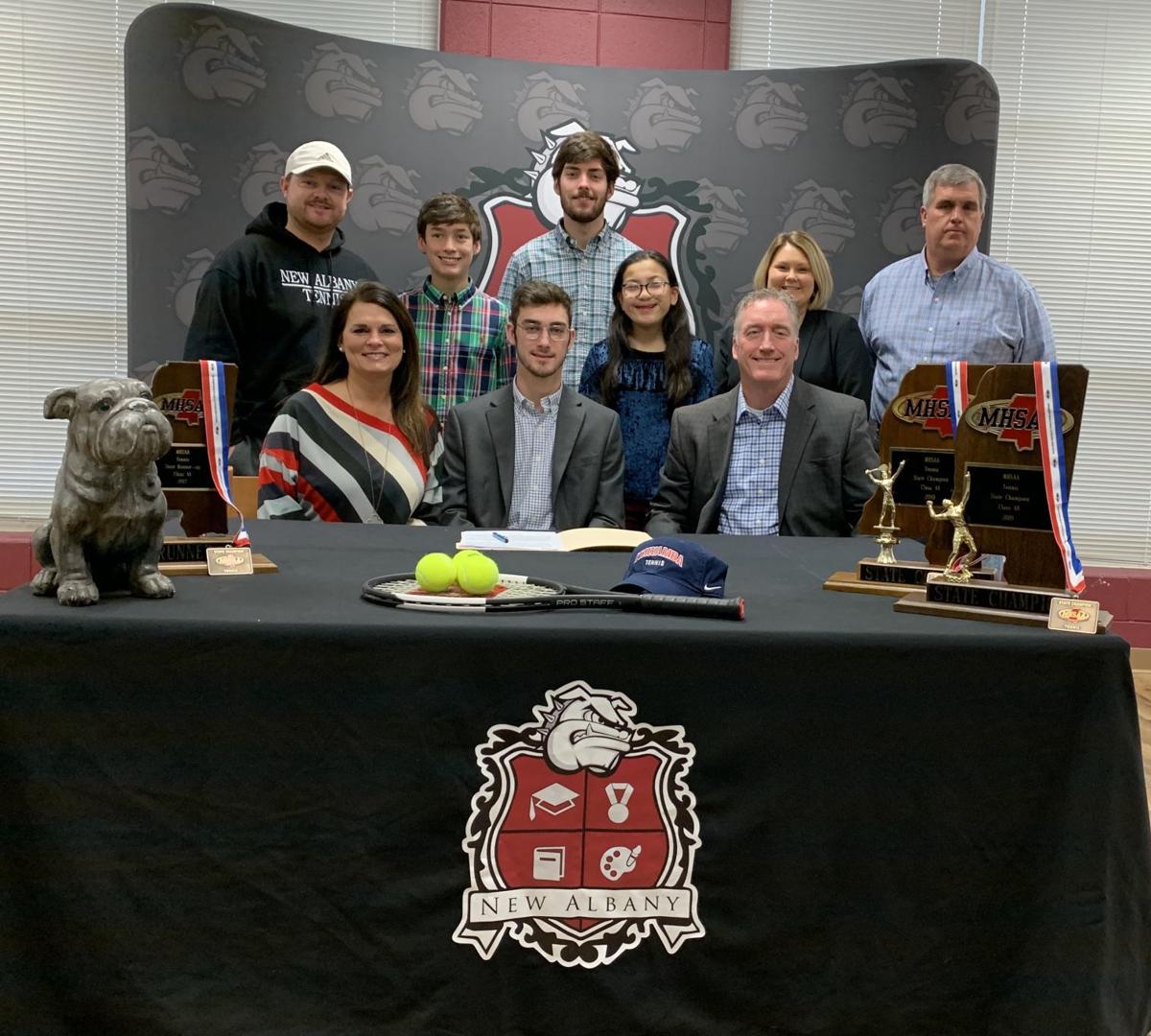 New Albany Bulldog tennis players Lexie Kent and Luke Bolen committed to play college tennis on Friday, January 24. Both players signed scholarships with Itawamba Community College. Kent and Bolen have been involved in tennis since middle school and were major contributors of the tennis team's winning two state championships in 4A tennis.

• Both individual state finalists in 2019 in boys and girls doubles.

Individually they have played a combined 500 tournament and high school matches in their career and they still have their senior years to go.