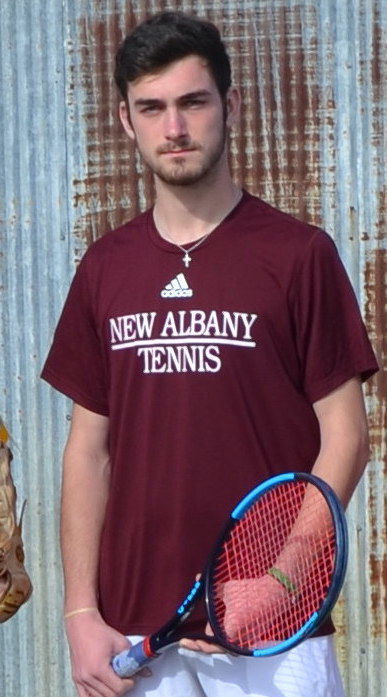 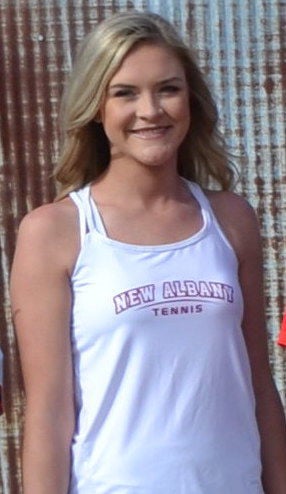 New Albany won the 4A team title in MHSAA State Tennis Championships in 2019 and were poised to make a repeat until the coronavirus interrupted the 2020 season.

The sudden shutdown of schools, businesses and various other venues has affected our county, city and communities. New Albany Tennis had just gotten their season off to a good start with several matches before spring break.

Little did the Bulldogs know that those matches could possibly have been their last. The MHSAA has said that a decision on the suspension of competition will come closer to the return of school date which for the time being is April 20.

"From a coach's standpoint, this has been one of the most difficult times of my career for sure," New Albany Tennis coach Suzy Bowman said. "Spring season is what we work year-round to prepare for, this is our time, all of the countless hours leading up to this is what we live for, playing our season from the end of February to the playoffs in April."

New Albany had just played their first division match of the year in 1-4A as they swept Tishomingo County 7-0 on March 3rd. Things were really looking good. The Bulldogs wrapped up the week with a 7-0 win over Saltillo on March 5th.

"The last time I gathered with my kids was our last match before spring break," Bowman said. "Our spirits were high as our lineups and court partnerships were coming together, then bam! A steady spiral of cancellations from NBA to NCAA to JUCO and now we surely fear high school athletics is next."

Bowman and her husband Bo, are teaching pros in New Albany and she said this had gravely affected their tennis programming as well.

"We understand the city parks being closed so that people will heed the warnings of quarantine, but this has shut down all avenues for us to train in our academy, do lessons or even hit recreationally," Bowman said. "Our tennis community has taken a direct hit and many people are hurting because of it."

Bowman also feels badly over the turn of events and how it has affected her two senior players, Lexie Kent and Luke Bolen.

"For my seniors who have most likely played their final matches for NA Tennis, my heart breaks for them," Bowman said. "Lexie and Luke have been a part of five consecutive state championship seasons, two of which they played as varsity players.

"They have both signed collegiate scholarships with ICC, so that gives us all a glimmer of hope their journeys will continue following this epidemic, but for many others, their seasons and careers end so abruptly."

Bolen says that he has been spending time at home with his family and that he's hoping and praying that school won't be canceled much longer.

"One of the toughest things is that I've been playing this sport since I was 10 years old," Bolen said. "This being my senior season, it's upsetting how I may not be able to see it through.

"My goal for myself this season was to excel in my tennis game throughout the season and win a state individual title and for the team to win state."

Bowman had seen several of her younger players step up and earn playing time which made the season look so promising in 2020.

"I think of my new varsity starters as well, the ones who had poured countless hours in preparation for their first time to step on the court as varsity players," said Bowman. "They will all have their chance as returning players in 2021."

Now, Bowman and her team will watch along with all the other spring sports teams, coaches and players to see how things transpire in regards to cancellation of the season entirely or a brief window of activity.

"This has been a lot to process," Bowman said. "If our season is canceled, we will remain defending 4A champions and will always wonder what 2020 had in store for us."