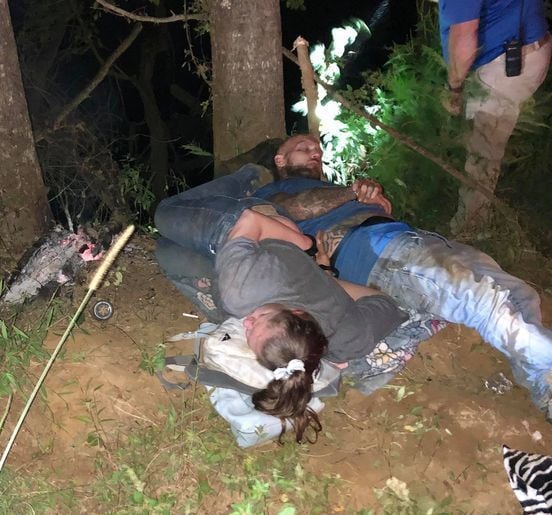 The suspects were found in the woods after an approximately 10-hour search. 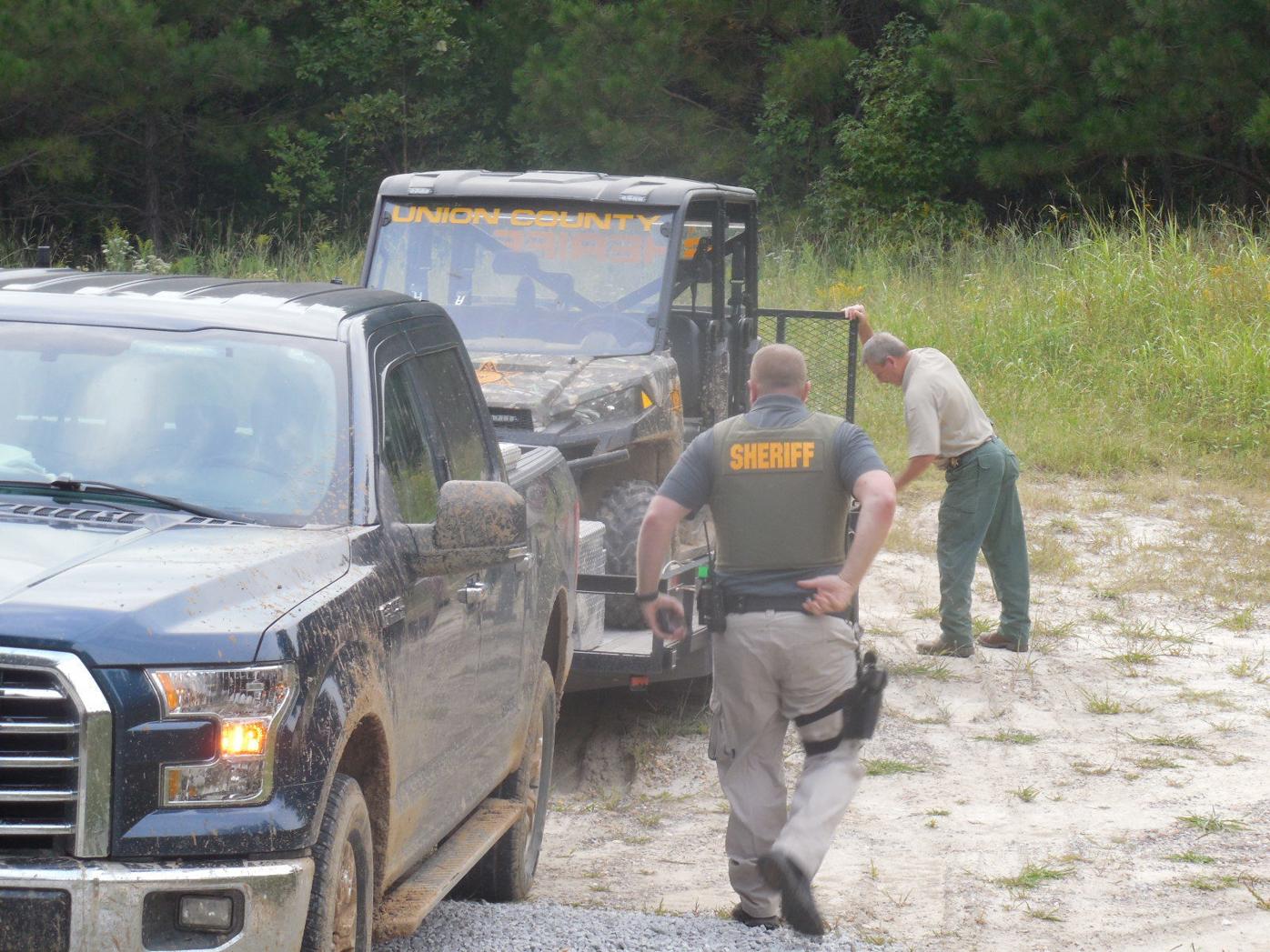 Sheriff Jimmy Edwards and another law enforcement official prepare to search for the suspects.

The suspects were found in the woods after an approximately 10-hour search.

Sheriff Jimmy Edwards and another law enforcement official prepare to search for the suspects.

A search that lasted approximately 10 hours ended around midnight Sept. 17 with the arrest of two suspects, said Sheriff Jimmy Edwards.

The suspects are Robert Oneal Turner, 42, no address given, and Melissa Hawks, 41, of Chattanooga, Tenn., Edwards said.

Turner and Hawks were arrested after a stolen vehicle fled authorities Thursday.

They were found in the woods on a creek bank in the Bald Hill community on the outskirts of Ingomar, the sheriff said.

The sheriff’s office charged both of them with possession of stolen property.

The Mississippi Highway Patrol was pursuing the stolen SUV on State Highway 15 South around 12:30 p.m. and then lost sight of the vehicle on County Road 101 near Ingomar Attendance Center.

The stolen vehicle was later found abandoned in a bottom at the end of County Road 100 in the woods, Edwards said.

The vehicle had been stolen out of Walnut that morning.

The stolen vehicle was a Nissan Armada.

The sheriff said Turner is wanted by the state of Indiana and that Hawks is wanted in Chattanooga.

They were being held in the Union County Jail.

The search for Turner and Hawks involved the Union County Sheriff’s Office, the Mississippi Highway Patrol, the U.S. Marshal’s Service and the New Albany Police Department.

During the search for the suspects Ingomar Attendance Center went into a soft lockdown.

The school did not go into a hard lockdown since the suspects were approximately five to seven miles away, said Superintendent Russell Taylor.

All children were brought inside the school, and officials made sure all the outside doors were locked.

Staff members were placed at all the entrances and exits of the school.

In addition, two bus routes did not run that afternoon. The school district wanted to make sure the students went home with a parent or guardian in the area where the search was taking place.

Helping child with schoolwork is rewarding