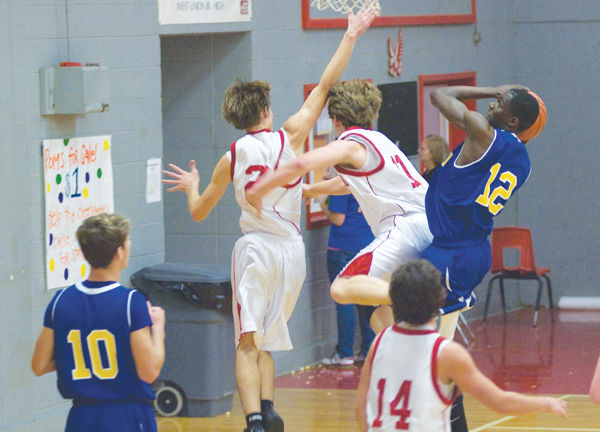 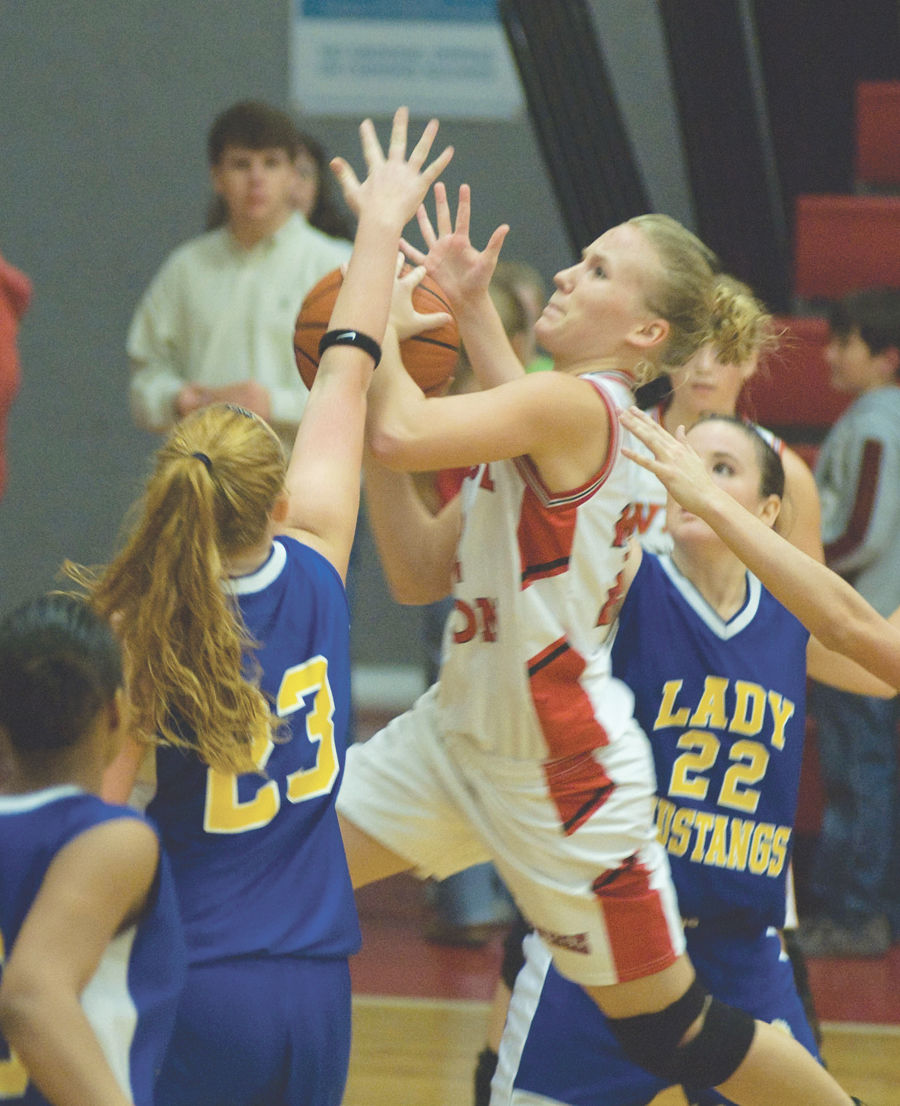 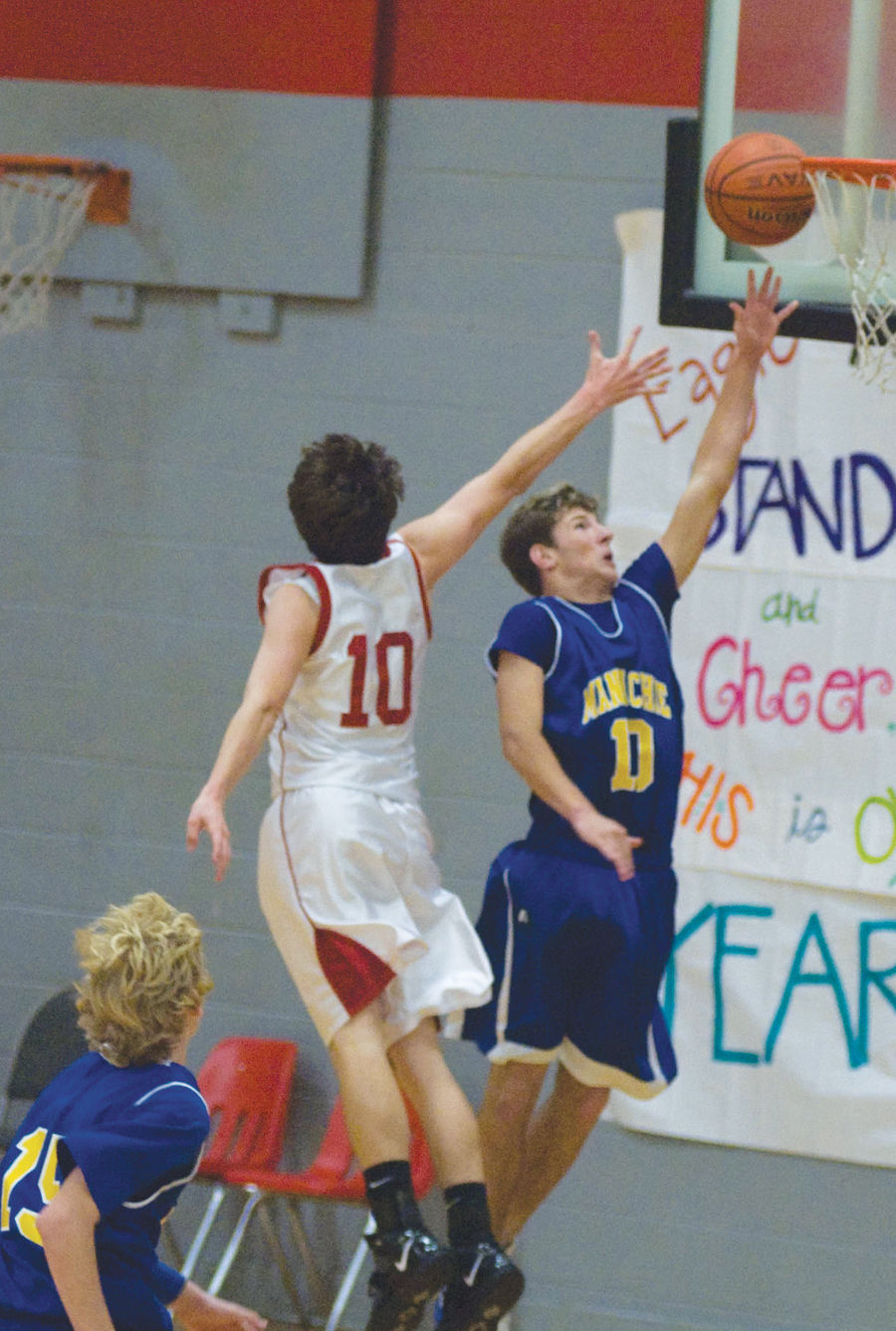 Mantachie’s Jeremy Warren had 31 points, but none two bigger than the final basket he scored to give the Mustangs the two-point win over the Eagles, closing out West Union’s Saturday tournament.

The Eagles took a timeout at the 16.4 second mark to draw up their final play, but a turnover on the inbounds pass led to the final basket for Mantachie.

West Union battled back after trailing 17-13 in the first quarter, as Thad Moody had eight points off the bench, helping in the effort. Warren would lead the Mustangs to a 10 point lead in the second frame, only to watch as the Eagles cut the deficit to only two, 31-29, at the half.

Zak Jumper opened the second half tying the game, and the Eagles took the lead off a three-point play by Wesley Jumper, 34-31. Matthew Gordon hit several key shots to help West Union, as he had seven third quarter points, and the Eagles held the 49-44 lead going into the fourth.

Mantachie would regain the lead late in the game, 64-63, and tie the game at 65 off free throw shots by T.J. Dill. Wesley Jumper gave the Eagles their final lead, 66-65 off of a free throw, and Warren would tie the game as Gordon fouled out with 16.4 seconds remaining.

Wesley Jumper led the Eagles with 22, while Zak Jumper had 16. Both Gordon and Moody had 12 points.

After a slow start, the Lady Eagles found their shots and easily downed the Lady Mustangs, 58-23.

Scoring their first basket at the 5:48 mark, West Union rolled off 10 straight points before Mantachie had their first score.

Leading 17-5 after the first, neither team could find their offense, as West Union was held to only five points, four from Allie Newby.

Coming out from the half with the 22-9 lead, the Lady Eagles had 21 third quarter points, separating themselves from the Lady Mustangs. April Rollins nailed two three-pointers, while Robyn Taylor had seven points in the frame.

Dani Taylor continued the hot shooting for the Lady Eagles, as she had two three-pointers in the fourth quarter, with West Union taking the big win.

The Lady ‘Dawgs remain undefeated on the year as they picked up the 13 point win over the Lady Bears, 53-40.

Up 24-18 at the half, New Albany quickly watched their lead evaporate, as Byers went on a 10-0 run, capped by three Lady ‘Dawg turnovers from the Lady Bears full court press. A three-point play by Micha Washington gave New Albany the lead, 31-30, and the Lady Bulldogs relied on their free throw shooting, as they connected on 21 of their 26 second half shots from the penalty stripe.

Also winning in the tournament was Myrtle, who saw Aspriona Gilbert return from injury. The Lady Hawks defeated Vardaman 55-35. Gilbert paced Myrtle with 28 points in her return, while Halle Knowles added 12 and Rhagen Hopper scored 10 points.