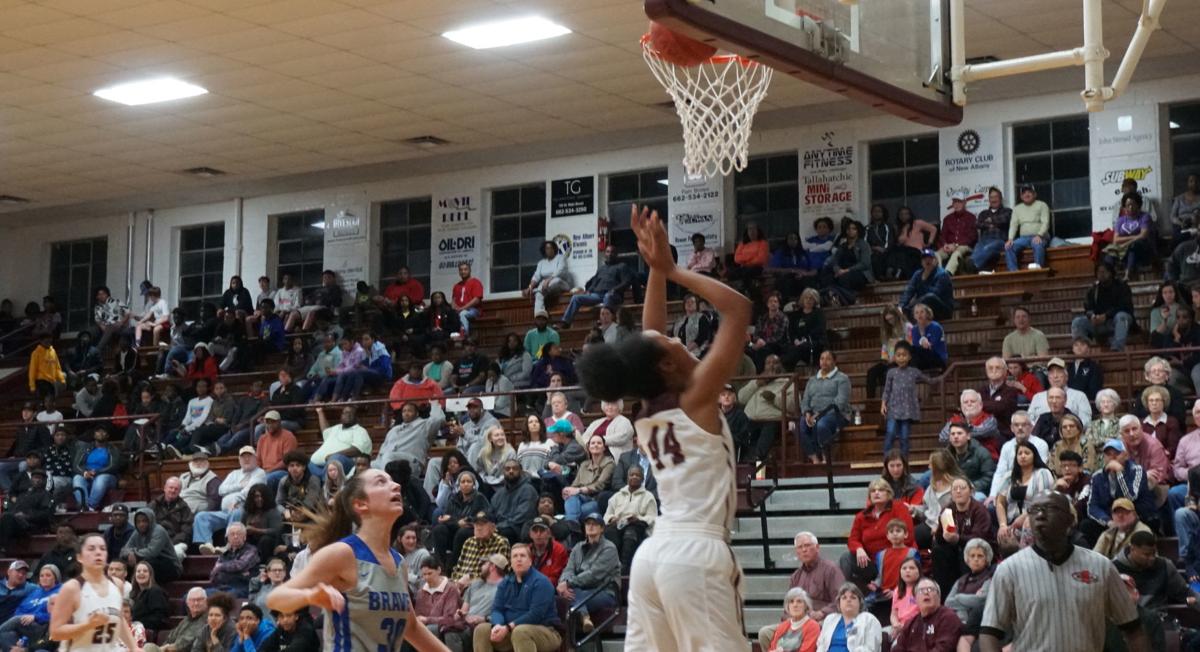 Ashanti High drives in for the layup in the second half. 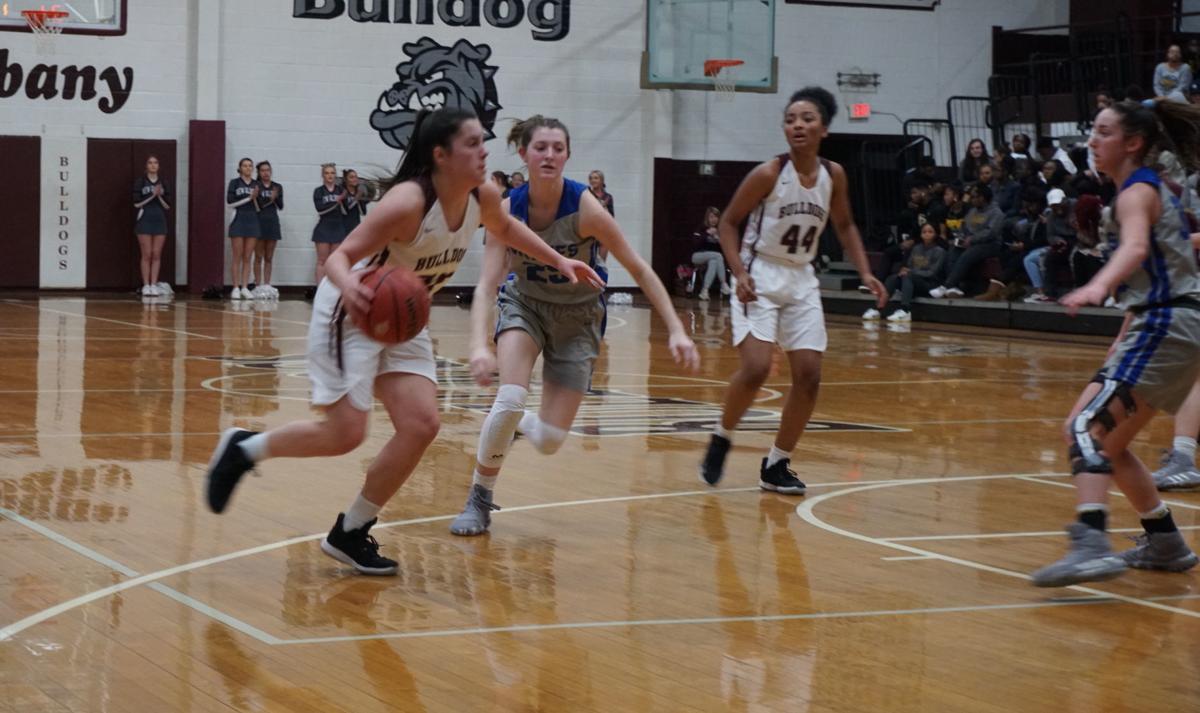 Kelsey Ledbetter drives around the wing and heads to the basket.

Ashanti High drives in for the layup in the second half.

Kelsey Ledbetter drives around the wing and heads to the basket.

NEW ALBANY • Tishomingo County outscored New Albany 26-8 over the final 12 minutes of play to take a convincing 53-31 win in the 1-4A semifinals on Thursday night.

Tishomingo County rode the hot hand of Maura Nunley to the win as she bagged six 3-pointers on the way to 26 points.

“During the pregame we were shooting and Katie (Powers) said ‘Maura, you’re on tonight’ and I was like, well I hope it carries on into the game,” Nunley said. “Tuesday we had a really good practice and I think that carried over into the game and helped me play well tonight.”

Defense and offense played a key to the third quarter according to Coach Brian Middleton of Tishomingo County.

“Nunley and Powers stepped up and made big shots, we made big plays on defense and that put it away for us,” Middleton said.

Powers added 12 points in the victory.

Tishomingo County led 22-15 at the half.

Tishomingo County advances to the 1-4A championship tonight at 7 to face Ripley.

New Albany will play North Pontotoc in the consolation game at 4 p.m.

TURNING POINT: Tishomingo County broke open the game after New Albany pulled to within 27-23 midway through the third quarter. They finished the contest on a 26-8 run.

TALKING POINT: “Nunley shot it really and I thought we played pretty good defense, too, we held them to 31, didn’t rebound as well as I wanted some of the time, but we played good defense. Nunley and Powers offensively just brought their game.” – Brian Middleton, Tishomingo County coach