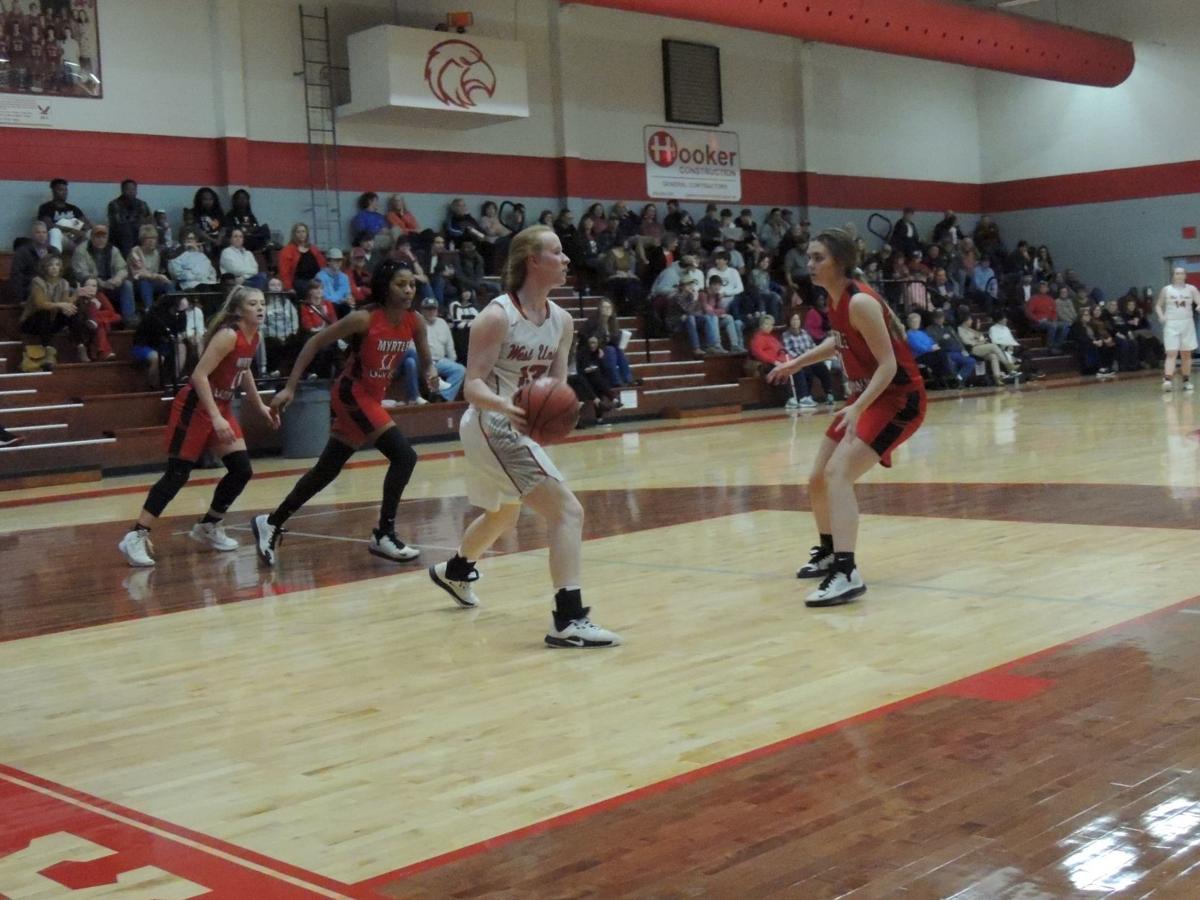 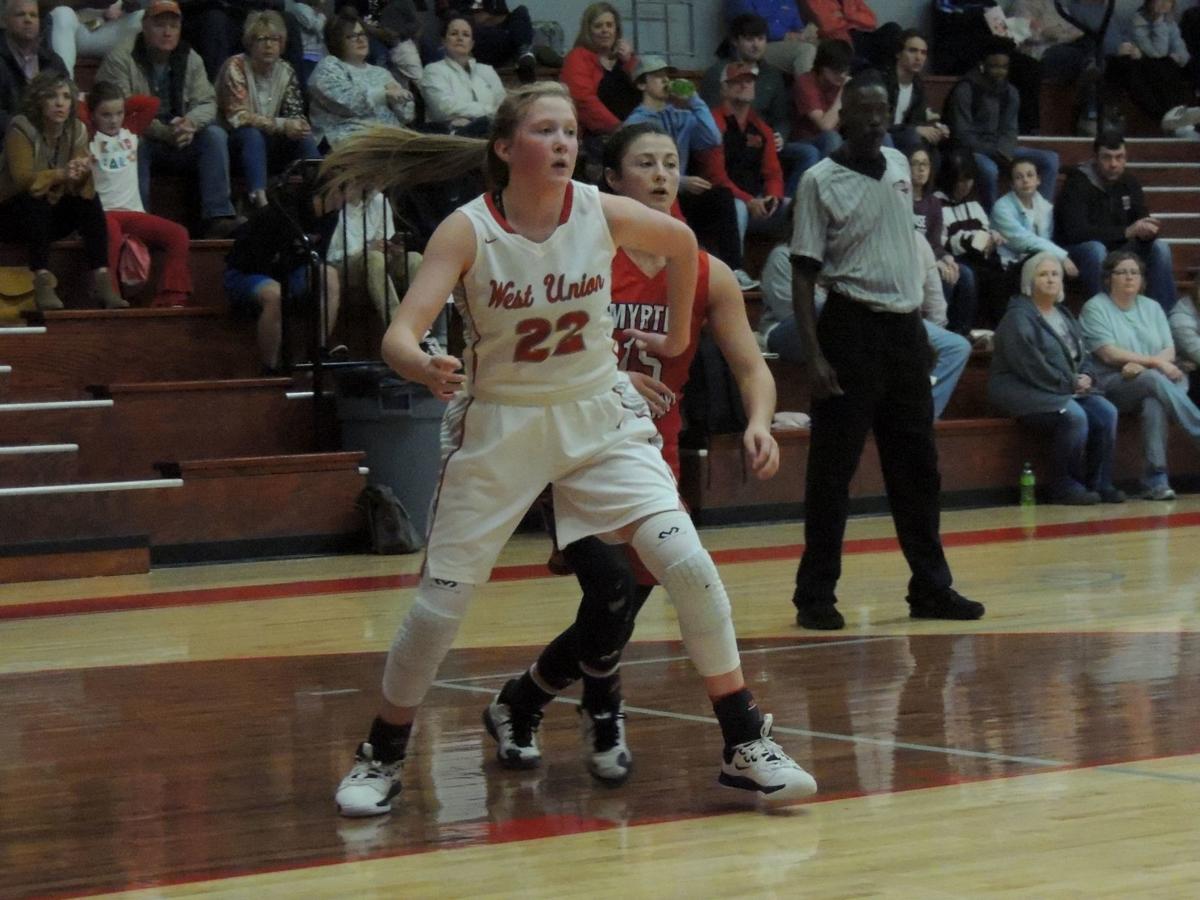 West Union's Anna Carwyle (22) gets in position for a rebound attempt against Myrtle. 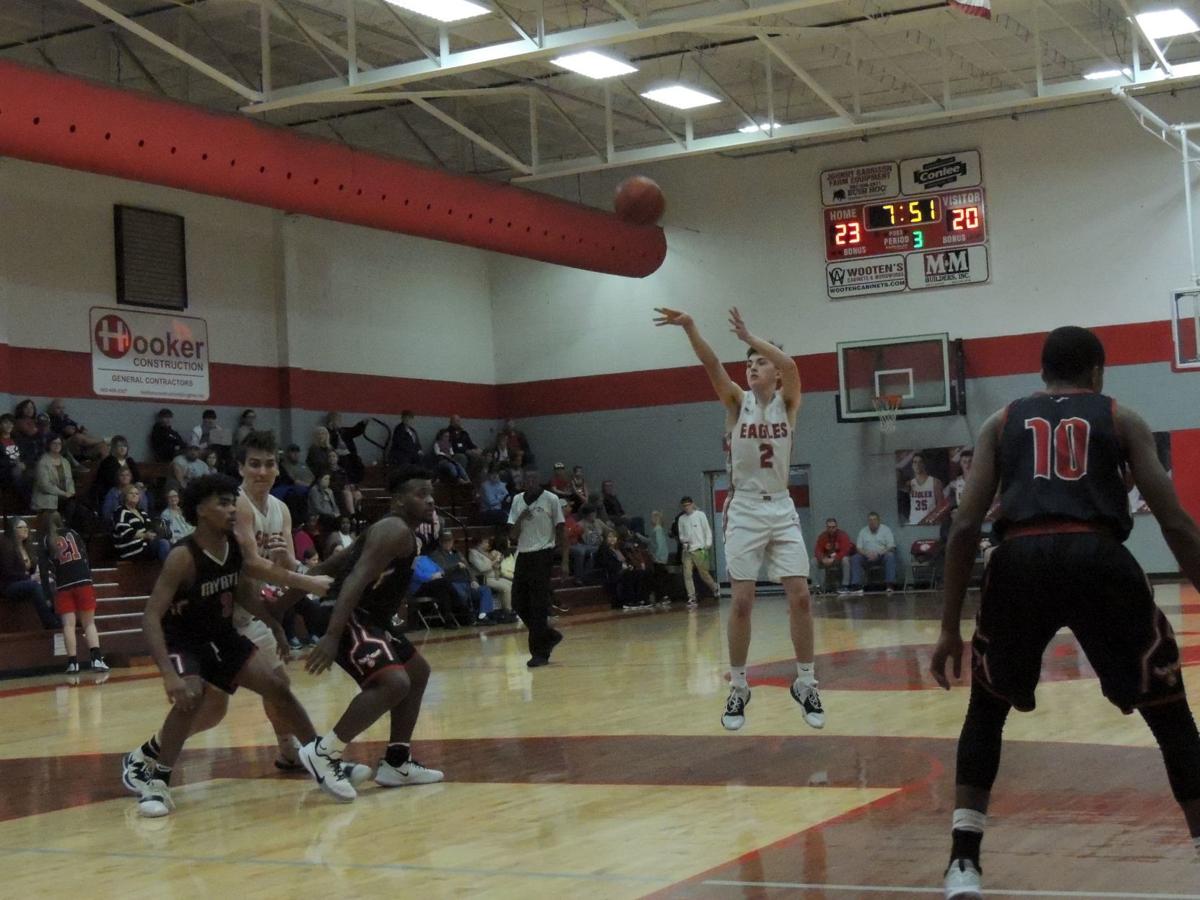 West Union's Sam Callicutt fires up a shot in the Eagles' division win against Myrtle. 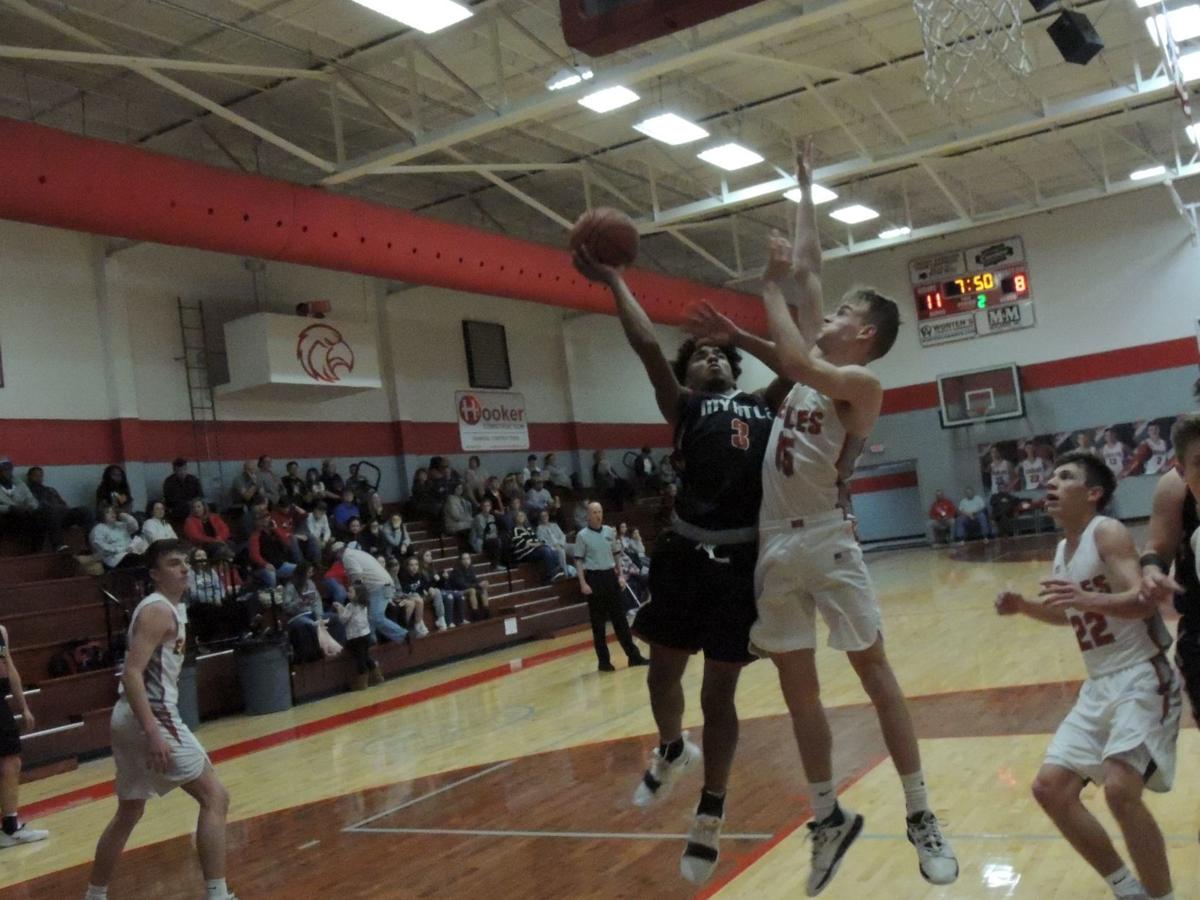 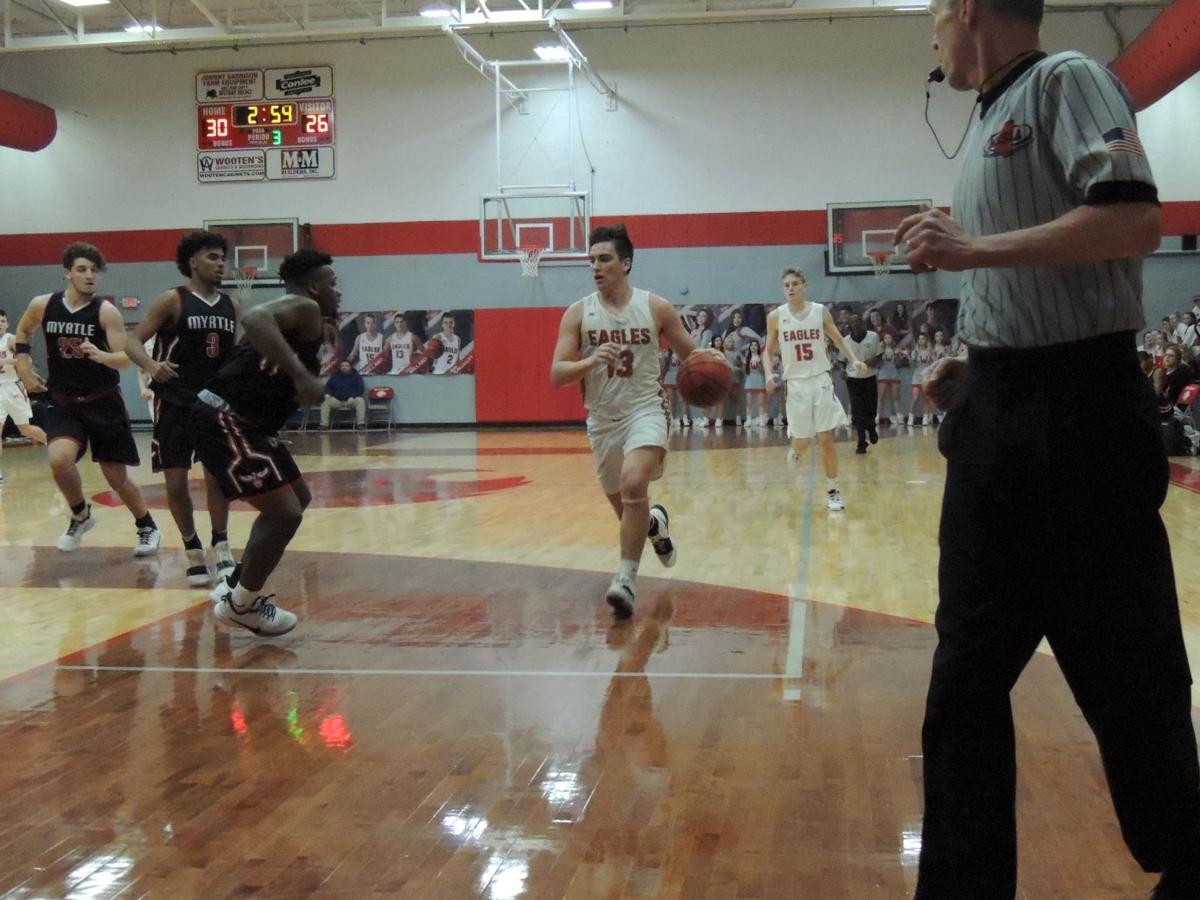 West Union's Annie Orman (13) and her teammates listen in the huddle to coach J.C. Hayles.

Myrtle's Kinsley Gordon has the ball slapped away from West Union's Emma Callicutt.

West Union's Anna Carwyle (22) gets in position for a rebound attempt against Myrtle.

West Union's Sam Callicutt fires up a shot in the Eagles' division win against Myrtle.

“It was a big third quarter,” second-year West Union coach J.C. Hayles said. “We cleaned up some things defensively and it led to some open shots for us, and we knocked them down.”

Hayles added, “I’m extremely proud of the girls, their hard work and effort. This was a team, two years ago, that started the year off 0-and-14. A lot of these players were on that team.”

Junior guard Annie Orman, who was held to nine points in the first half, scored 12 of her game-high 32 points in the Lady Eagles’ deciding third quarter.

“We had to get our minds right at halftime,” she said.

“Their defense was giving us trouble, but we were getting rebounds and not getting it up the floor quick enough,” he said. “We were letting their defense get set. They did a good job of not giving us the easy shots.

“When we got some open looks, we didn’t hit them.”

Ella Kate Taylor opened the Lady Eagles’ fourth quarter with a 3-pointer. Her basket started a 14-2 run to seal the win.

Eden Conlee connected on four 3-pointers and finished with 13 points for West Union.

“When Annie and Eden both play well on the same night, we’re tough to beat,” Hayles said.

Senior guard Sam Callicutt scored 21 points, 15 in the second half, to lead the Eagles.

“Once we started getting inside, it opened up the outside,” Callicutt said. “I hit a couple and Boo (Robertson) hit a couple of shots. They started falling for us in the second half.”

Luke Willard added 19 points and Robertson scored 12, 10 in the second half, for the Eagles.