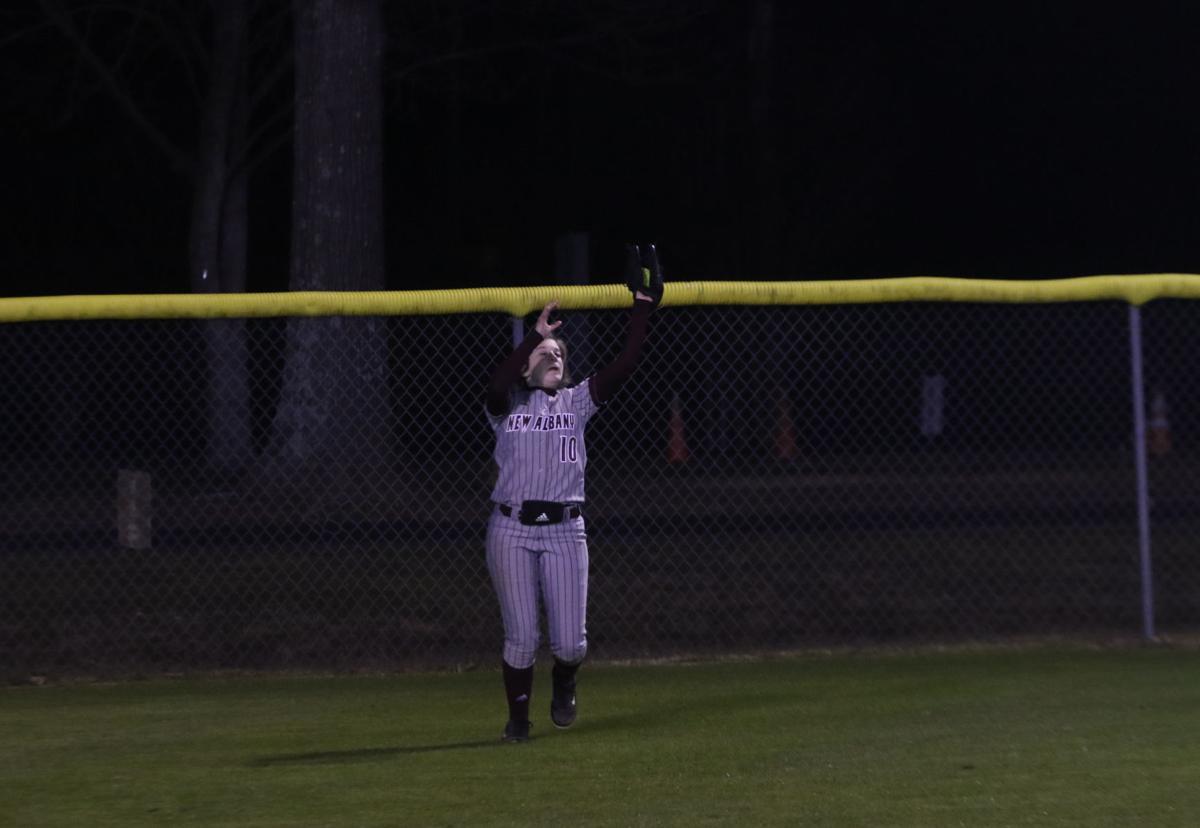 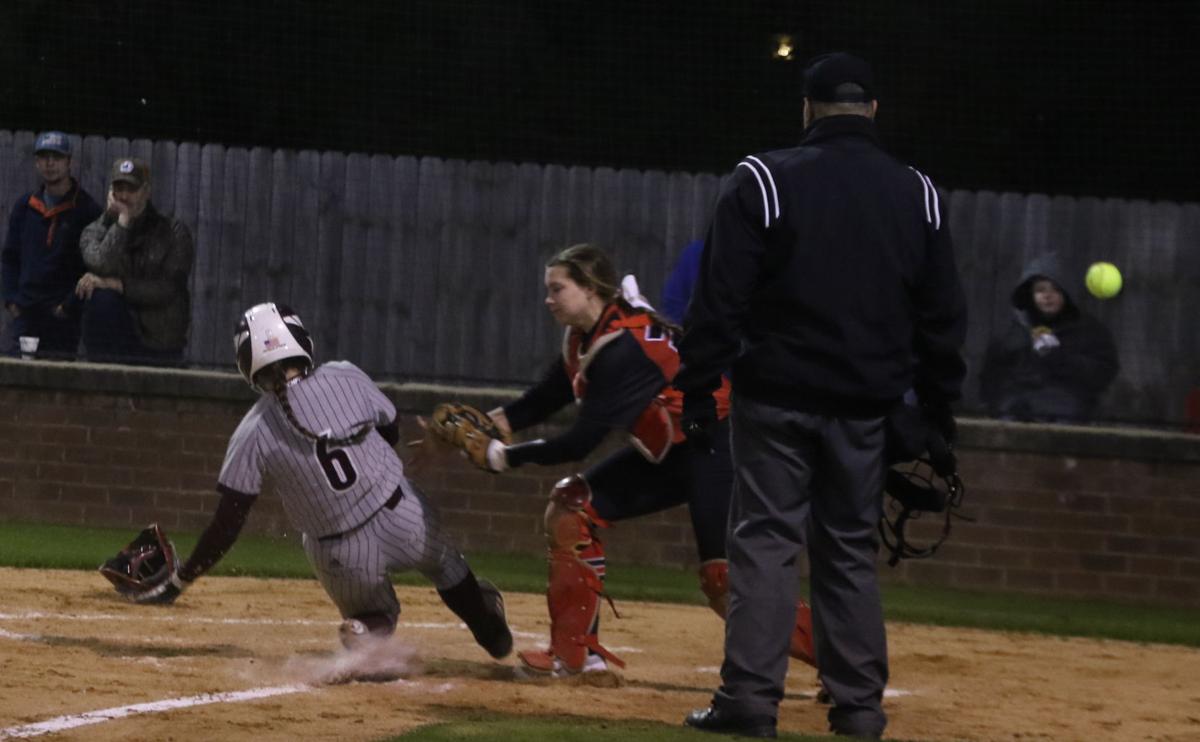 Peyton Henry slides safely into home as the ball eludes the Walnut catcher.

Rosalee Roberts is in celebration mode after hitting a leadoff home run for the Lady Bulldogs on Friday against Walnut.

Alexis Mirfield winds and delivers the pitch to the plate for New Albany. She was the winning pitcher for the Lady Bulldogs against Walnut.

Peyton Henry slides safely into home as the ball eludes the Walnut catcher.

NEW ALBANY - Rosalee Roberts made back-to-back key plays on defense and at the plate while Alexis Mirfield took the win on the mound as New Albany defeated Walnut 14-4 in six innings.

Roberts began her heroics in the outfield on a single up the middle as she fielded the ball in center and gunned down a Lady Wildcat trying to score at home plate in the top of the fourth.

"It was just a routine play," Roberts said. "Walnut hit it to me and the lead runner was fast so I knew that I was gonna have to chunk it to get it to home. So I did and she was out."

Curbow offered his take on the defensive gem turned in by Roberts by saying "Ball gets through the infield and finds its way to the outfield, they (Walnut) were aggressive with the runner and Rosalee comes up and makes a big play at the plate and we get the tag."

As fate would have it, Roberts led off the Lady Bulldog lineup in the bottom of the frame and she crushed a pitch over the fence in center to extend the New Albany lead to 10-4.

"(Coach) Curbow had come up to me before I hit and said hit something in the outfield," Roberts said. "I stepped up to the plate and we were already up, the first pitch was right where I wanted it so I just swung for the fence."

Mirfield worked all six innings for the Lady Bulldogs and overcame a bases-loaded jam in the top of the sixth to hold the lead at 13-4.

Addison Mayo reached on a bunt single and later scored the game-ending run for the 14-4 decision.

Walnut took an early 2-0 in the first, but New Albany rallied back in the bottom of the frame to take a 5-2 lead and the Lady Bulldogs never trailed again in the contest.

"We played well on defense, made a couple of errors early, but that's another thing that we're having to learn is that if we play error-free ball a lot of good things happen for us," Curbow said. "I was really pleased with Mirfield's performance, she's throwing the ball really well right now and has a lot of confidence in herself."