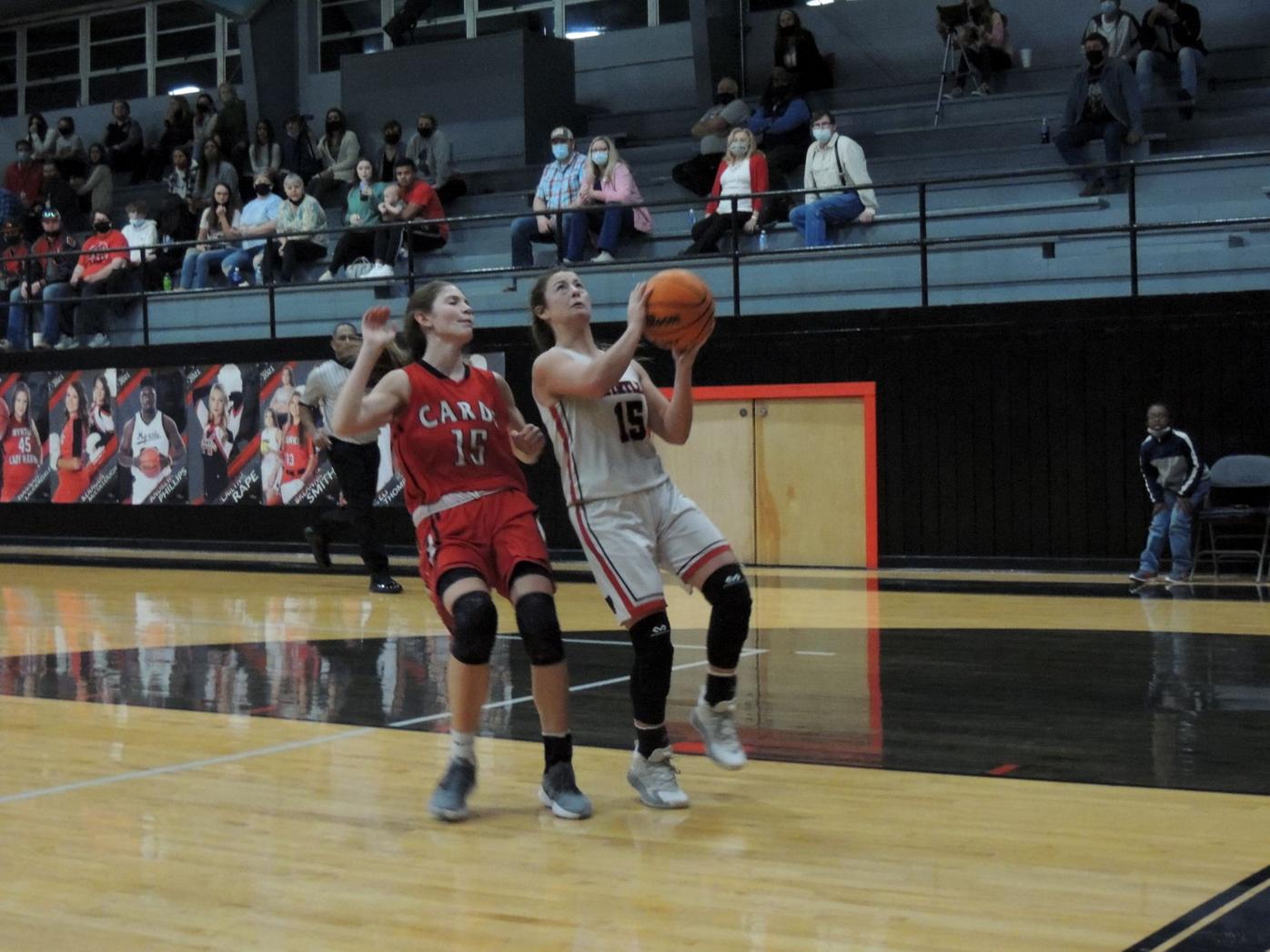 Myrtle's Kinsley Gordon drives to the basketball for a first-half layup against Jumpertown. 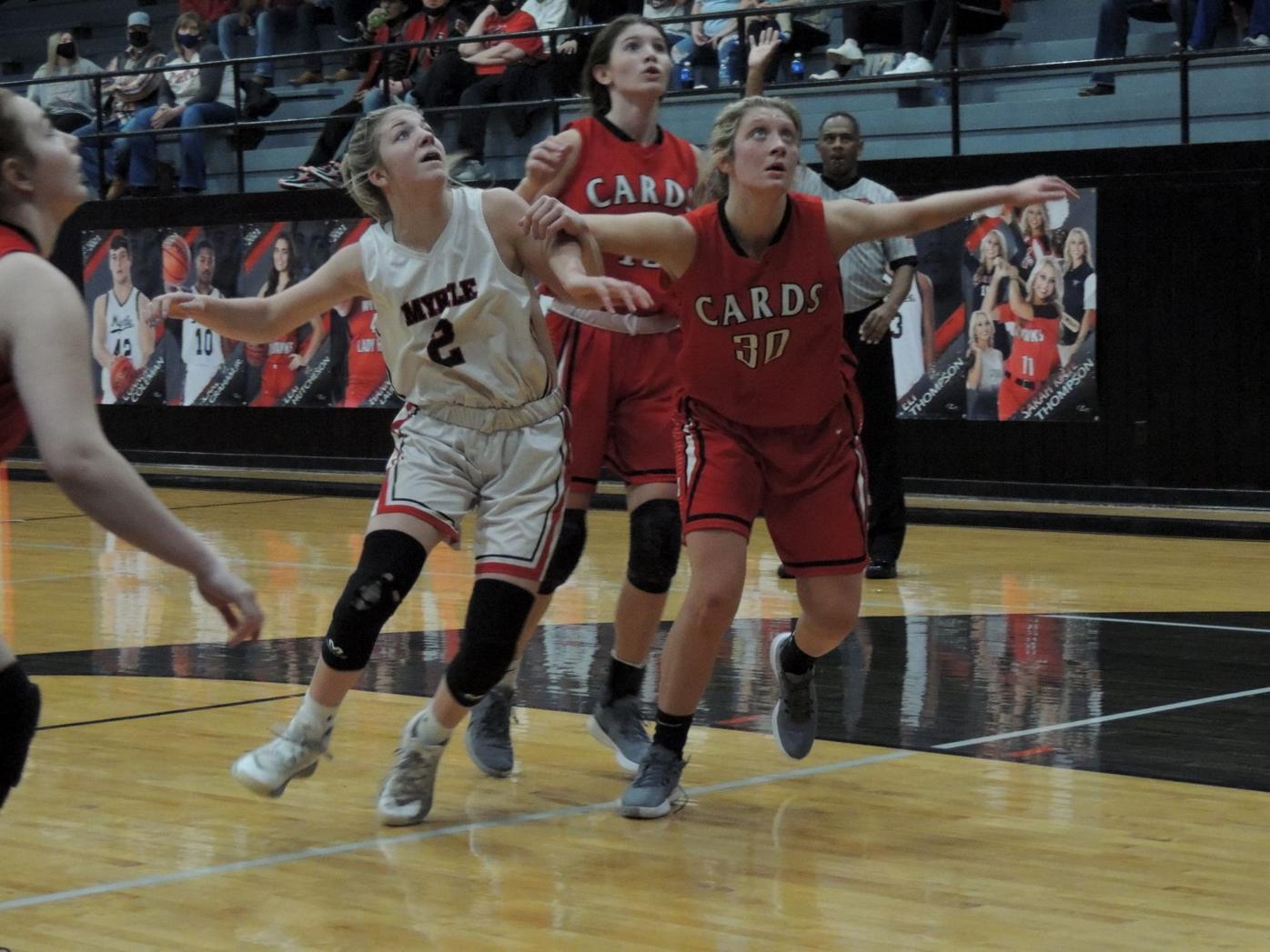 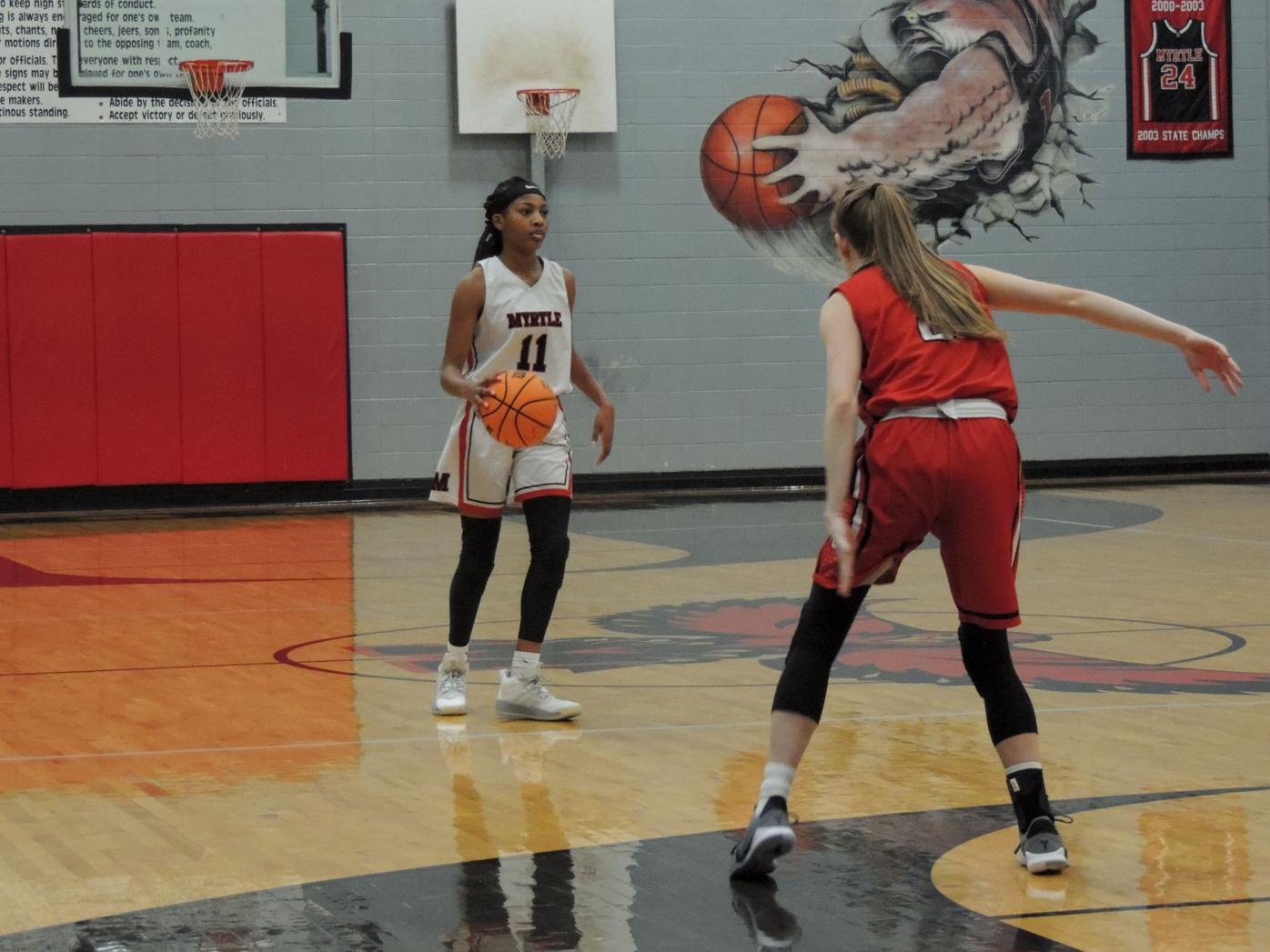 Myrtle's Raykiah Strickland (11) looks at the Jumpertown defense and she works the ball down court. 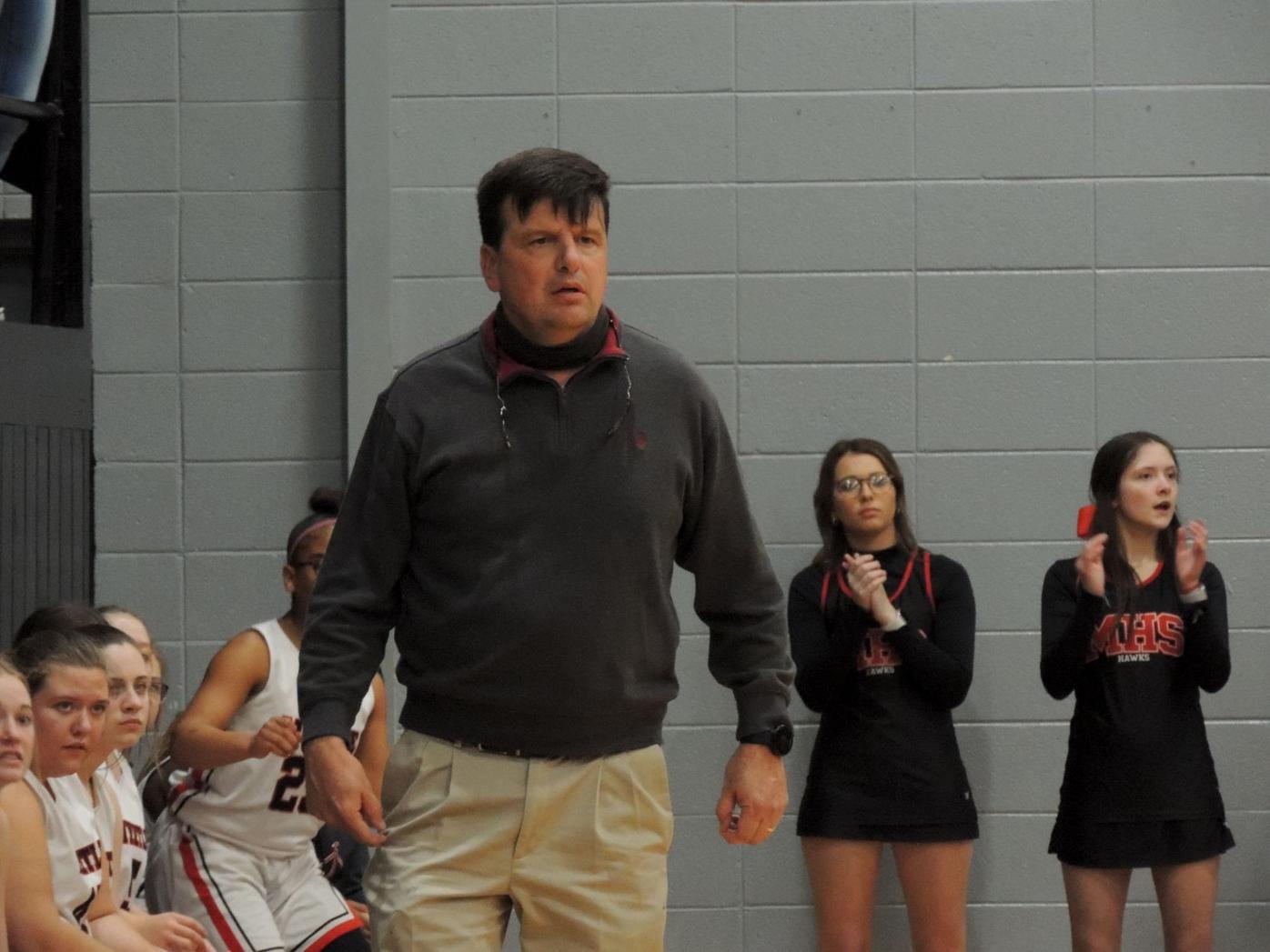 A concerned Myrtle coach Chris Greer watches his team in the first half of their playoff win.

Myrtle senior Breanna Smith sets up for a 3-point attempt in the first half.

Gene Phelps | Special to the Gazette
1 of 4

Myrtle's Kinsley Gordon drives to the basketball for a first-half layup against Jumpertown.

Myrtle's Raykiah Strickland (11) looks at the Jumpertown defense and she works the ball down court.

A concerned Myrtle coach Chris Greer watches his team in the first half of their playoff win.

The two combined for 22 points in the Lady Hawks’ thrilling 54-48 come-from-behind victory.

“You’ve got to give it to the seniors tonight,” Myrtle coach Chris Greer said. “Lexi and Breanna … their last game at Myrtle was a good one. We got three games left. Our saying is, ‘We want on the wall.’’’

Greer is referring to a state championship banner.

Hutcheson connected on four 3-pointers and scored 14 points. Smith played aggressive defense from the start and finished with eight points. Her 3-point play with 1:32 remaining gave Myrtle a 50-46 lead.

Myrtle (17-8) plays Friday at Biggersville in the state quarterfinals. The Lady Lions defeated Baldwyn 75-63 in their second-round game. The quarterfinal winner travels next week to Mississippi Coliseum in Jackson for the state semifinals.

“It would be the best feeling, especially in my senior year,” Hutcheson said. “Me and Breanna would be thrilled. We’re saying three-more games no matter what. We’re keeping a positive attitude.”

Myrtle junior guard Kinsley Gordon lived up to her star billing with a team-high 17 points. She scored five of those in the fourth quarter. Teammate Raykiah Strickland added 10 points, including two late free throws.

Jumpertown took a 14-7 first-quarter lead, only to see Myrtle respond with an 8-0 run to start the second quarter. Hutcheson opened the spurt with a 3-pointer. Gordon closed with with a layup and a 3-point play.

“I mainly don’t stop shooting until my coach tells me to. I know my team’s going to back me up if I miss,” said Hutcheson, who made two 3-pointers in the second quarter.

Myrtle’s defense was the star in the third quarter. The Hawks held Jumpertown to two points, those coming on free throws, and took a 38-30 lead into the fourth quarter.

“I think our defense stepped up,” Hutcheson said. “At times we fell short, but we knew if we didn’t get up, it would be our last game.”