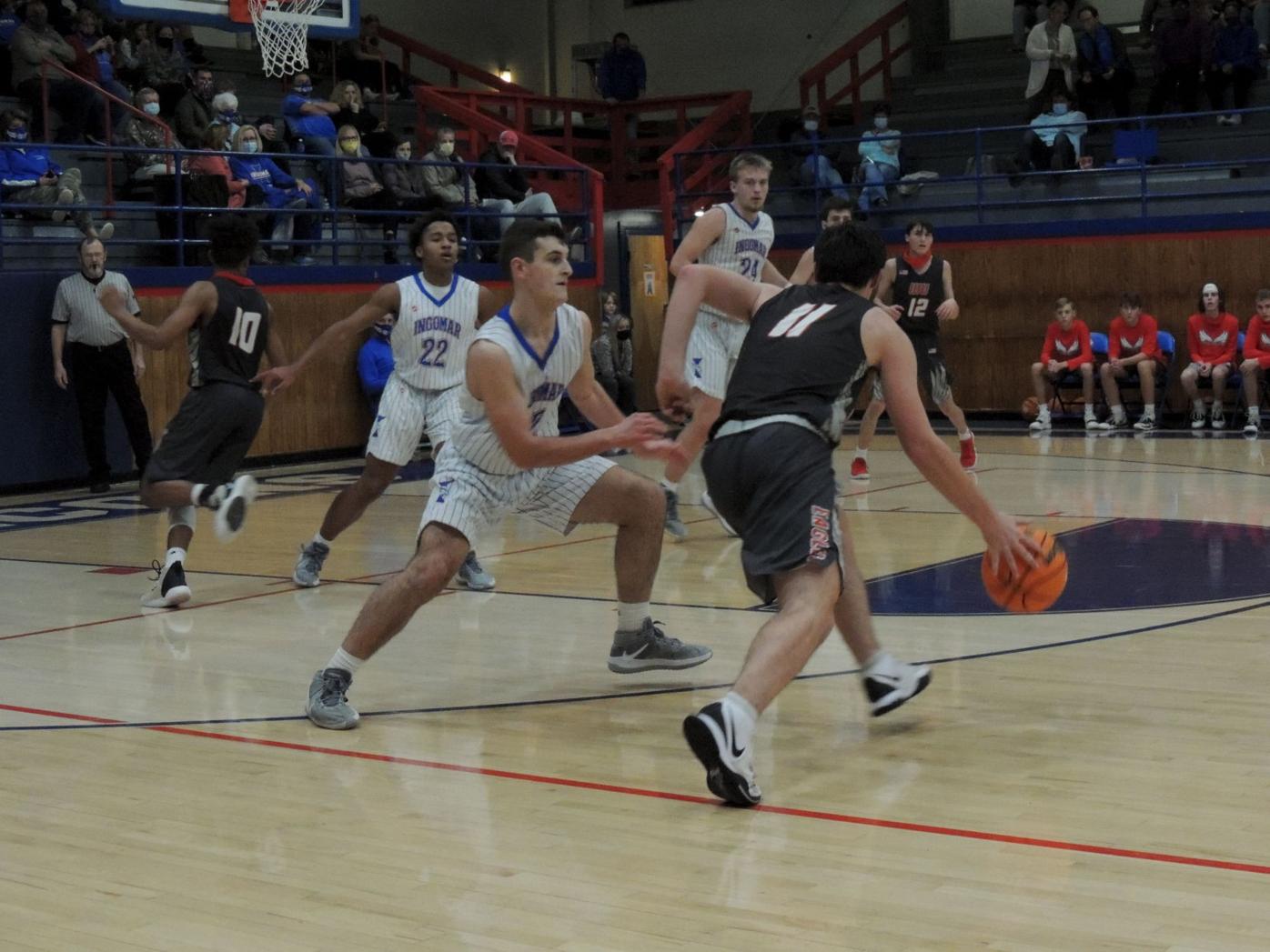 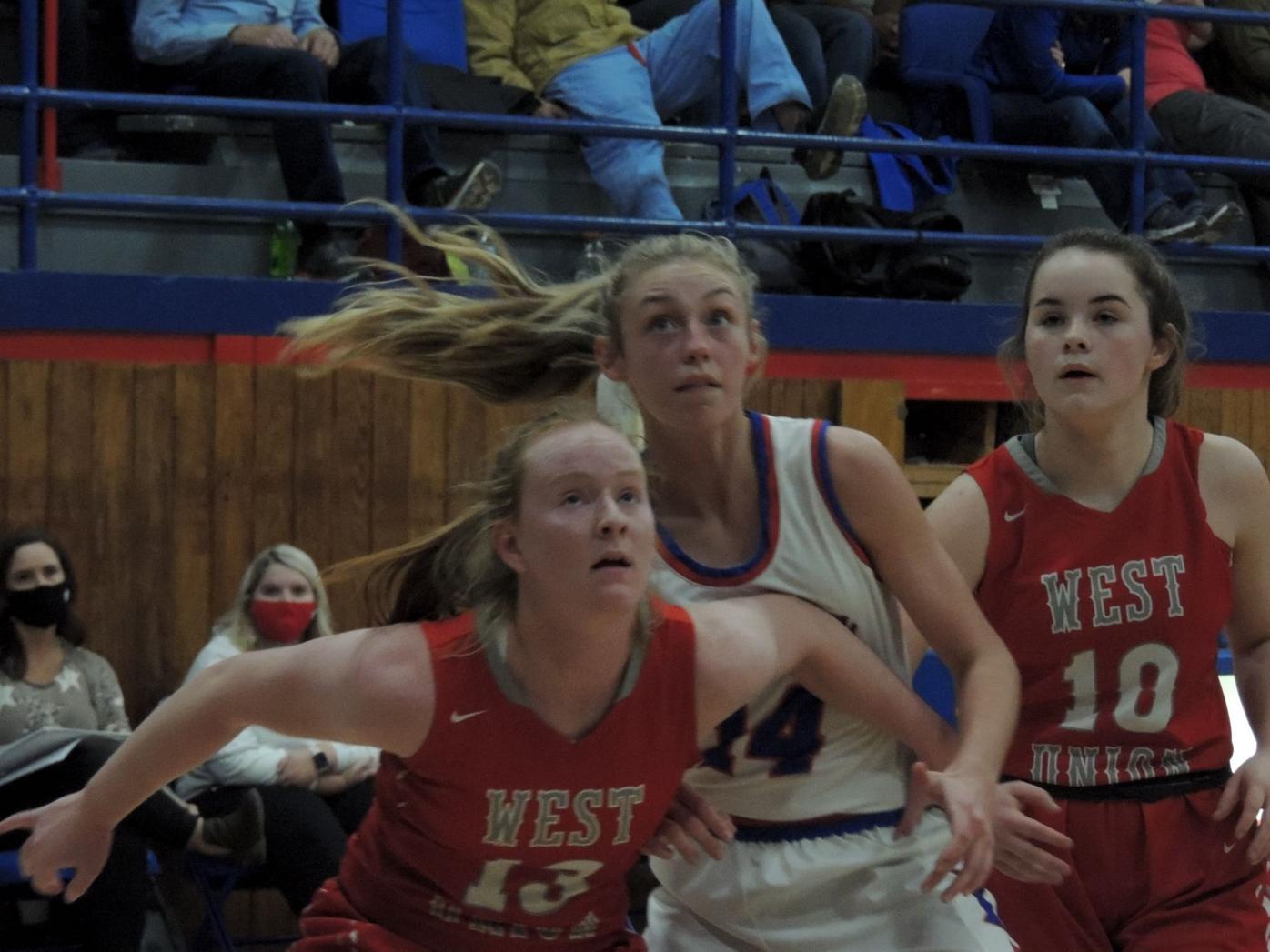 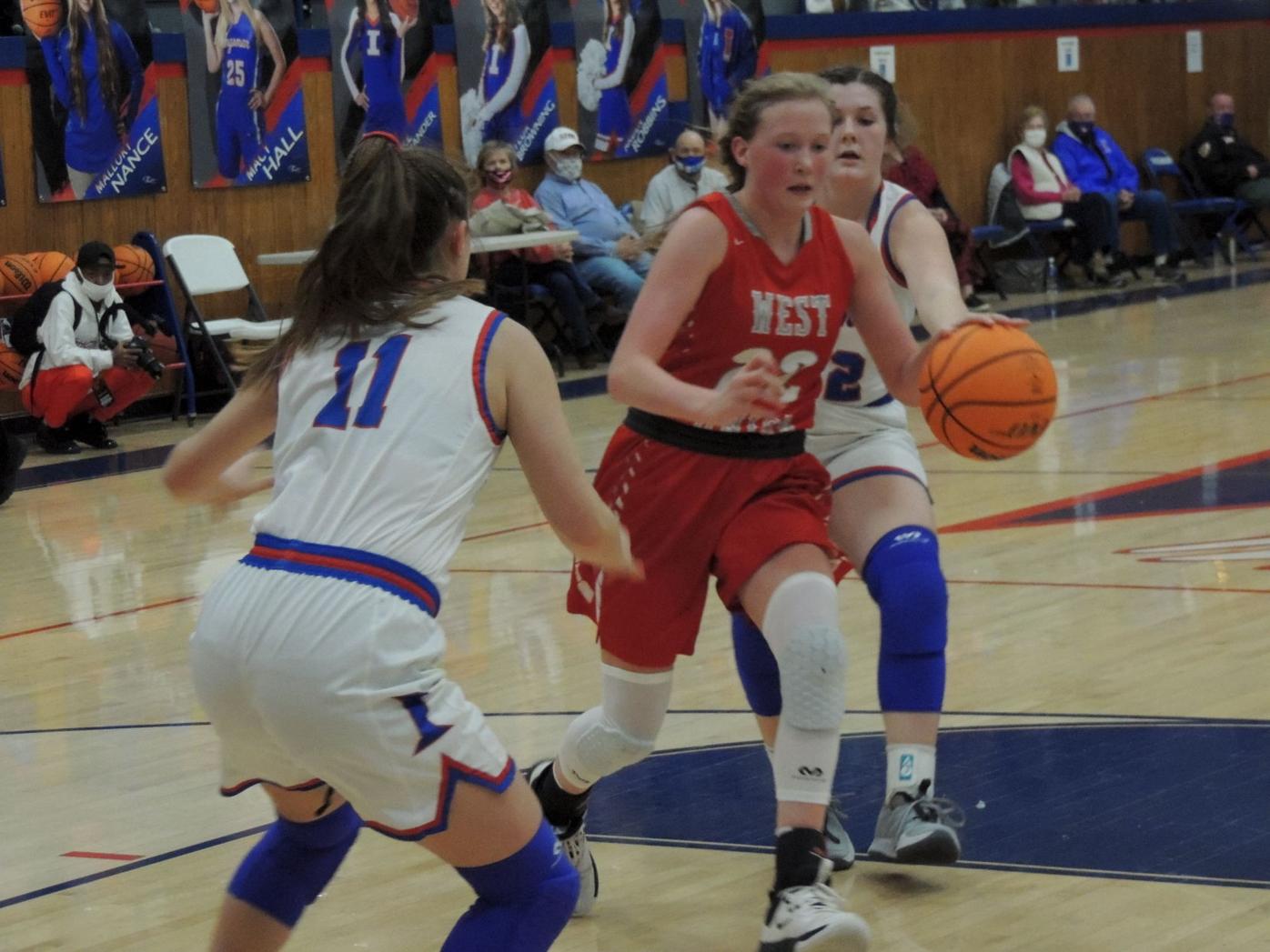 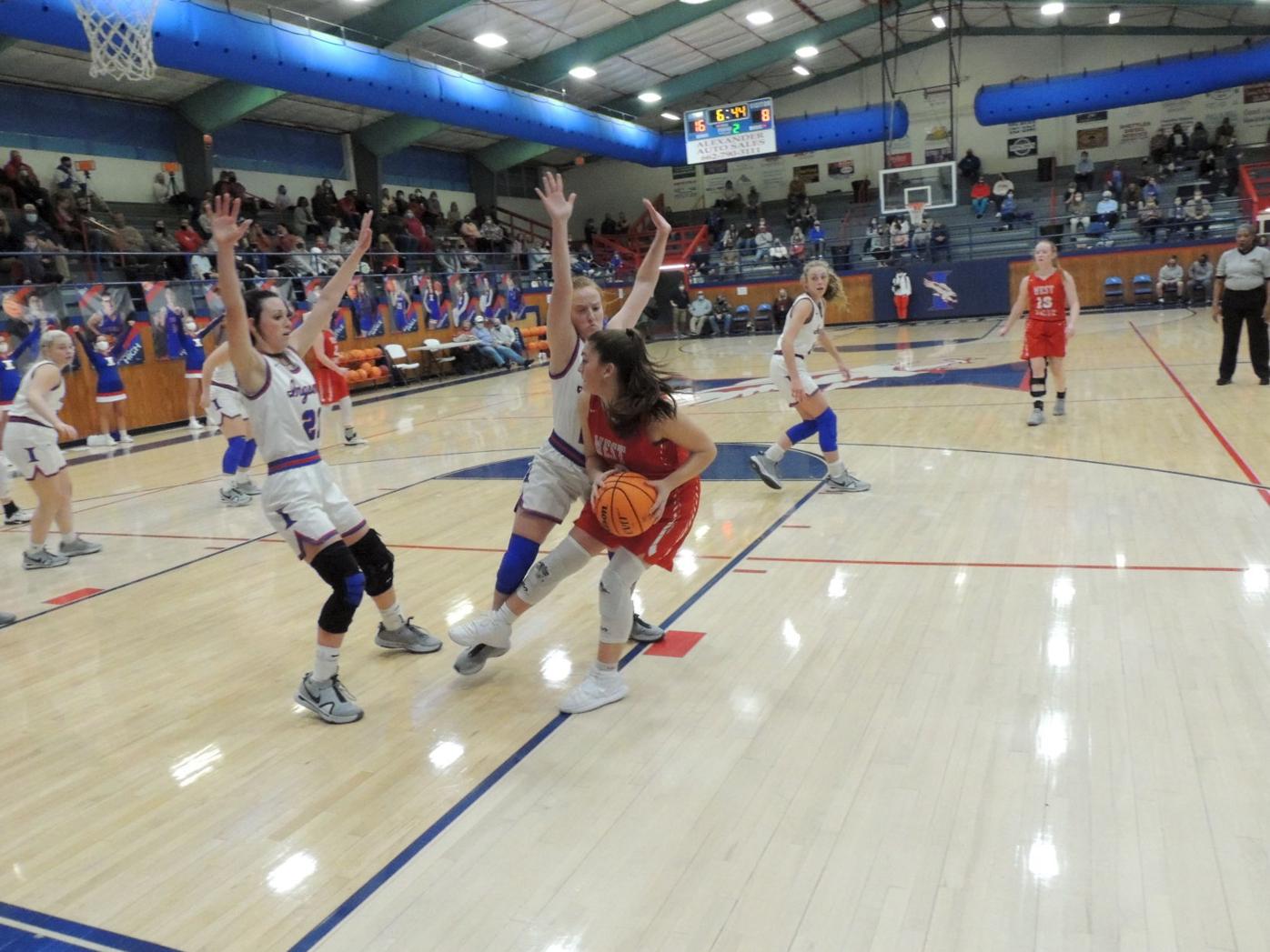 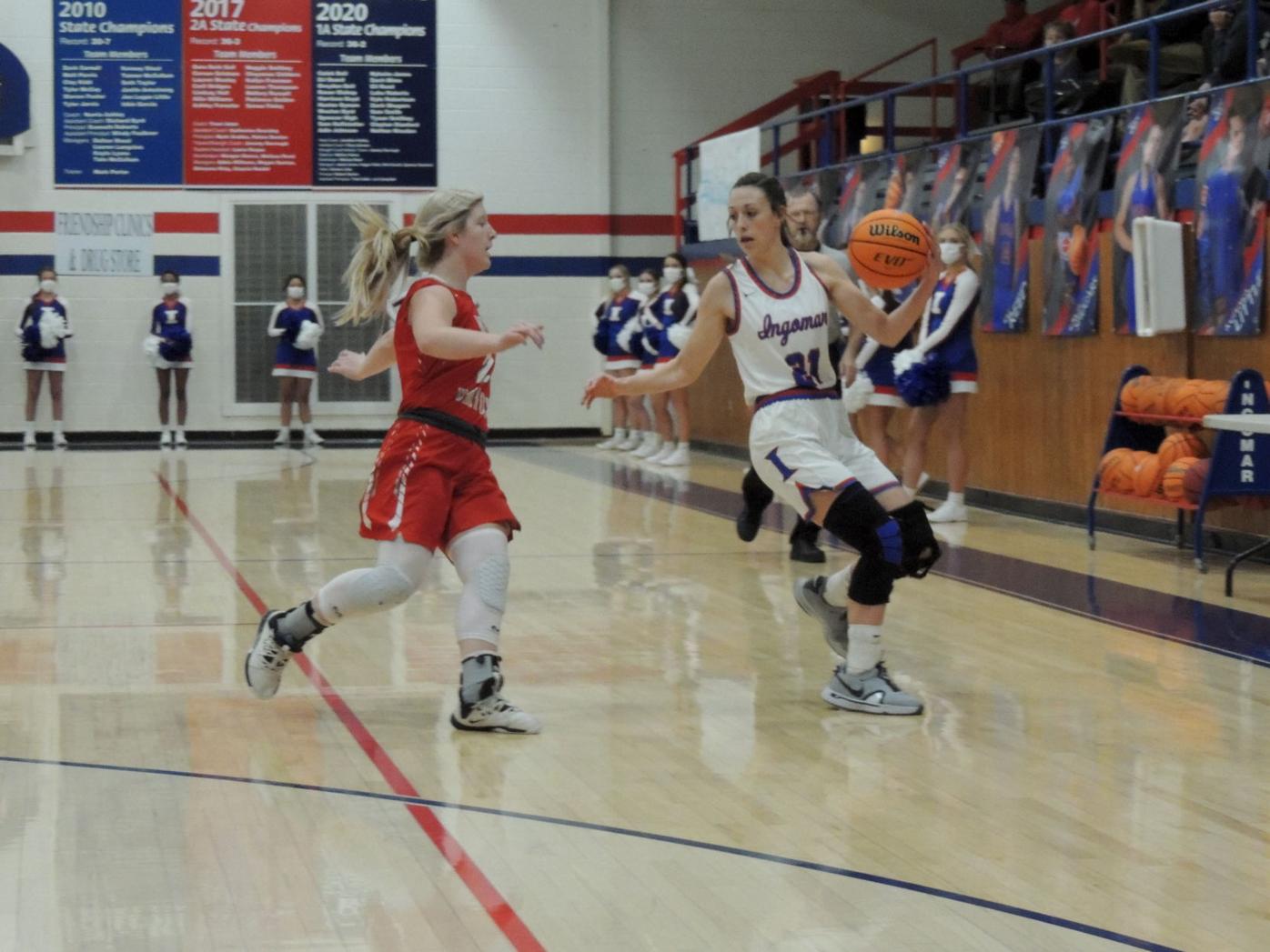 Ingomar's Adin Johnson fires up one of his five 3-pointers in win against West Union.

INGOMAR • Ingomar’s Tyson Smithey has been double trouble for opponents all season.

“When he’s right and motivated, he can control the lane. He’s one of the better offensive and defensive rebounders I’ve coached."

Ingomar (14-4) led the Eagles 27-25 at halftime. Freshman guard Greer Manning scored 12 of his team-high 17 points in the first half for West Union.

The Falcons went to their bench in the third quarter to build a game-changing 54-34 lead. Junior forward Breyden Bell and sophomore guard Adin Johnson provided the offensive and defensive punch.

Johnson connected on five 3-pointers in the second half and finished with 15 points. Bell hit for two 3-pointers and scored 12 points. Both players had defensive stops Ashley thought helped turn the tide.

“It’s an effort thing. We finally woke up and snapped out of it in the second half,” Ashley said. “We had two who stood out to me. Breyden Bell came off the ball down there, made one of those extra effort plays in that run. Adin Johnson came down from 84 feet away and took the ball away.”

The Lady Falcons (10-4) built a 14-point lead midway in the third quarter, then held on for the win.

West Union (9-6), behind a 20-point scoring effort by guard Eden Conlee, closed the gap to 46-44 on two free throws by Annie Orman with 17 seconds remaining.

“If we had just made some shots we could have had them,” Conlee said. “We’re trying to play better.”

“We desperately need some defensive dogs; we don’t have that yet,” he said. “We’ve been struggling a couple of years trying to find somebody who embraces that role.”

“I’m proud of the way my girls battled,” he said. “Coming out of the Christmas holidays we’ve been out of rhythm, but as long as the kids keep competing like they’re competing, we’ll be alright.”