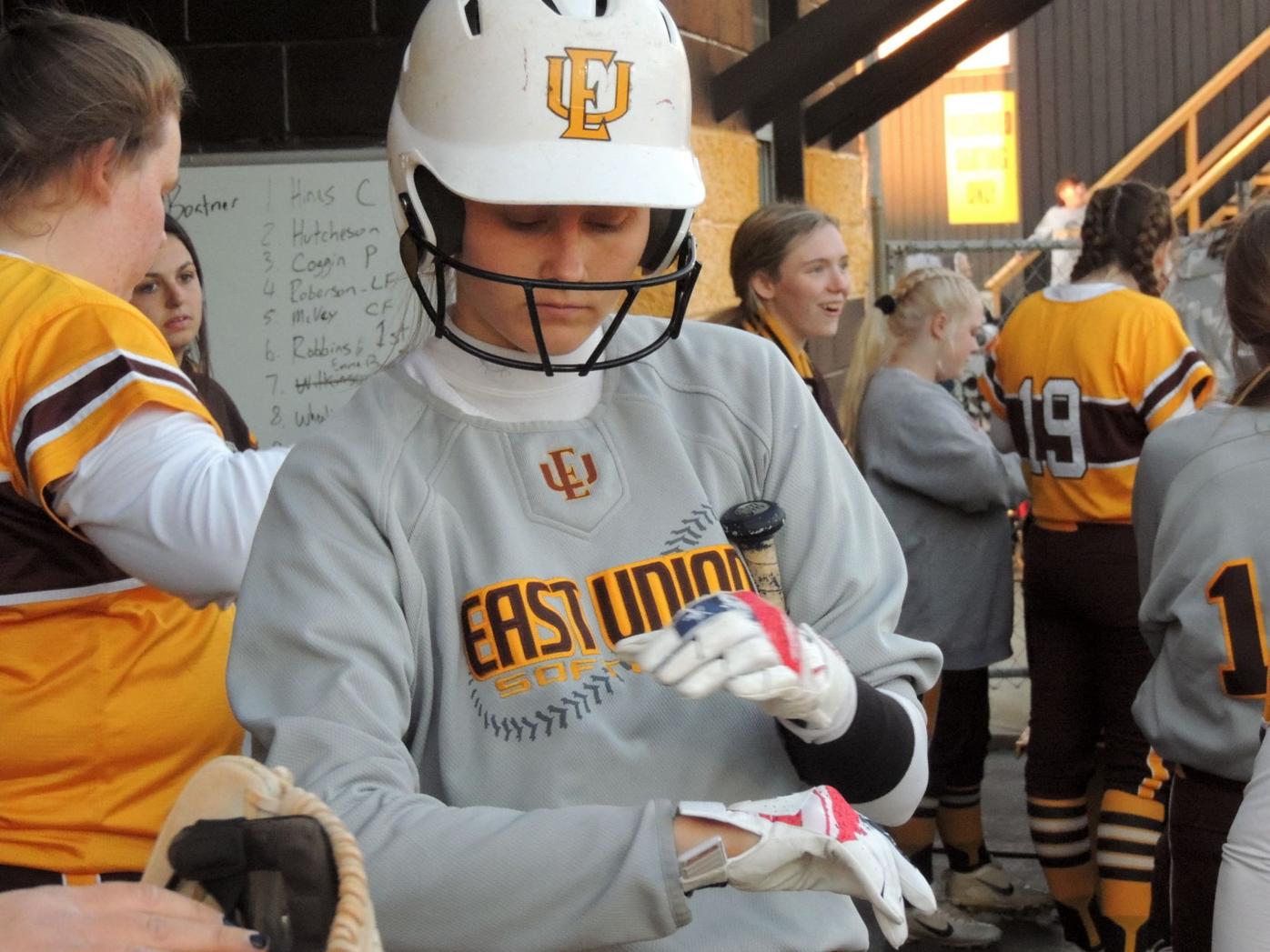 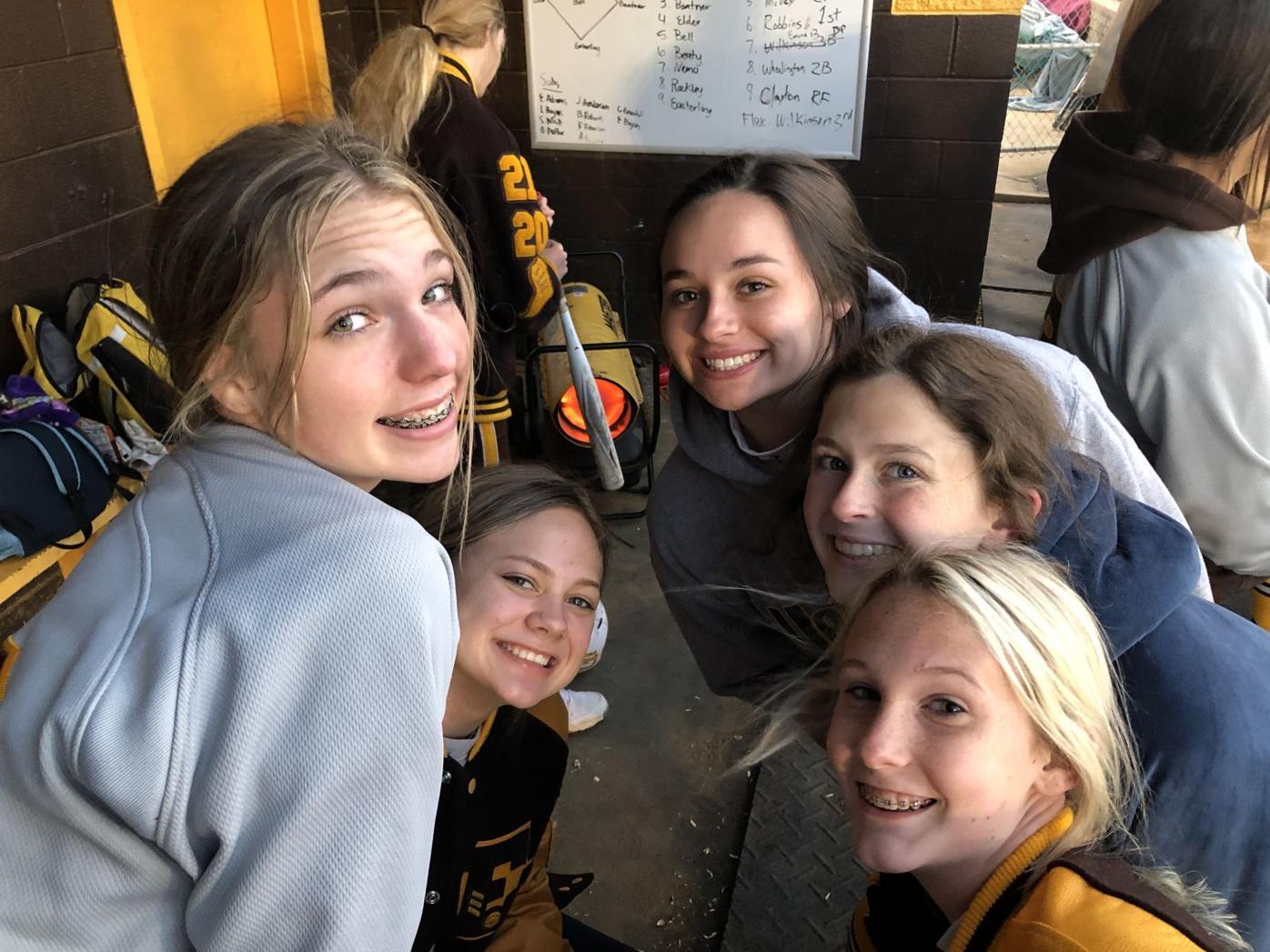 East Union's JV players huddle around the heater in the Urchins' dugout. 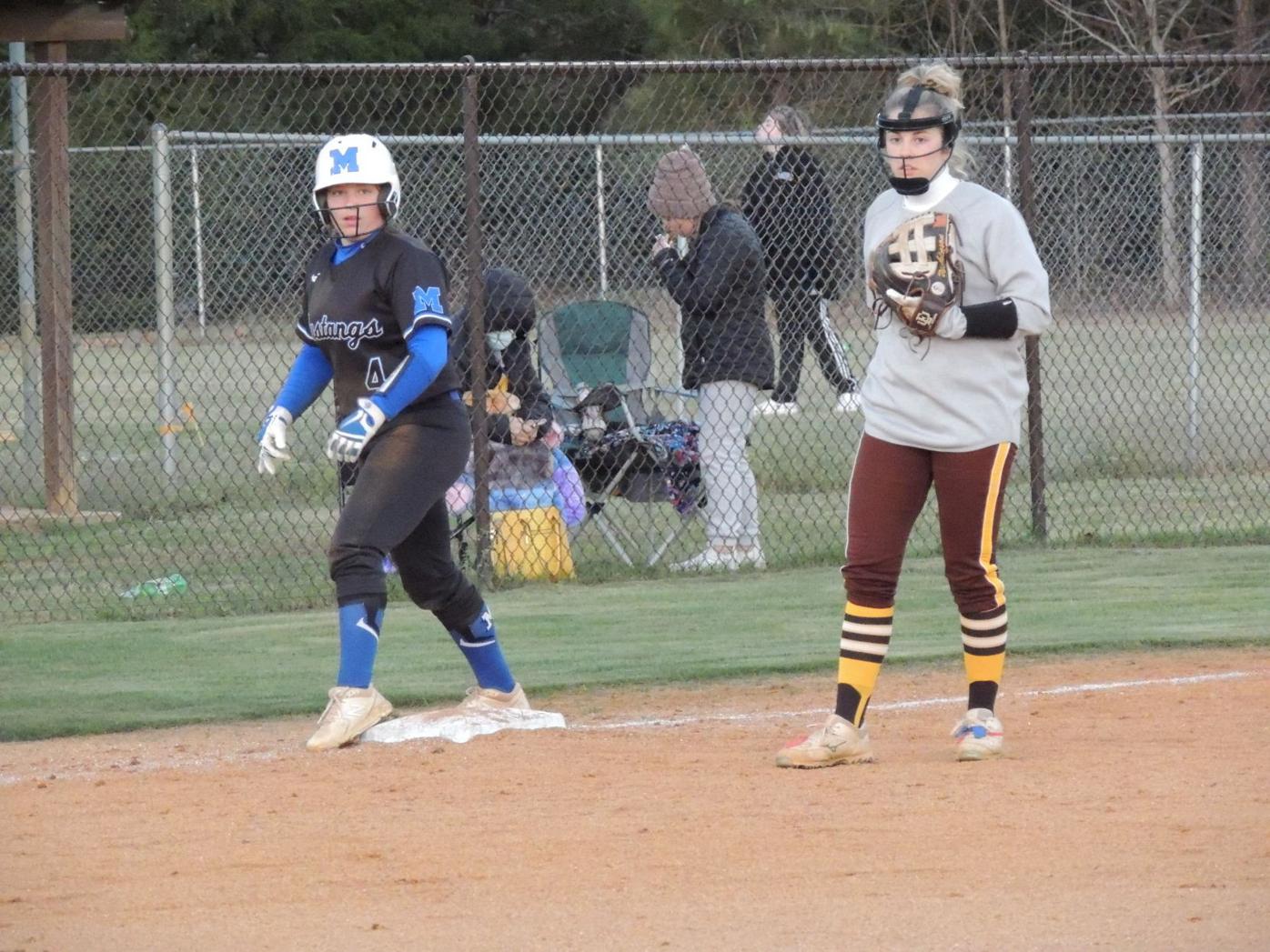 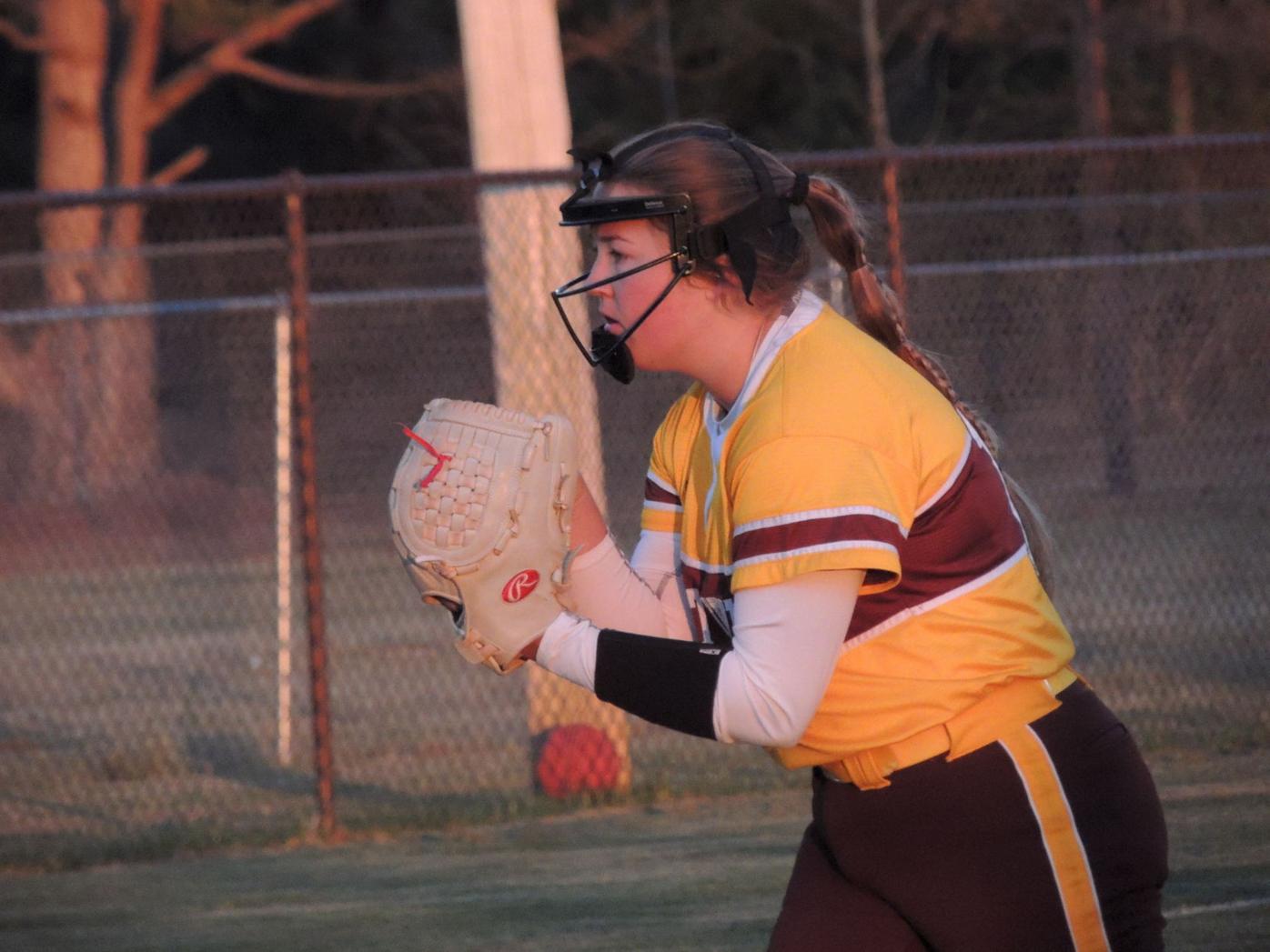 East Union pitcher Emily Coggin looks to the plate before a pitch against Mantachie. 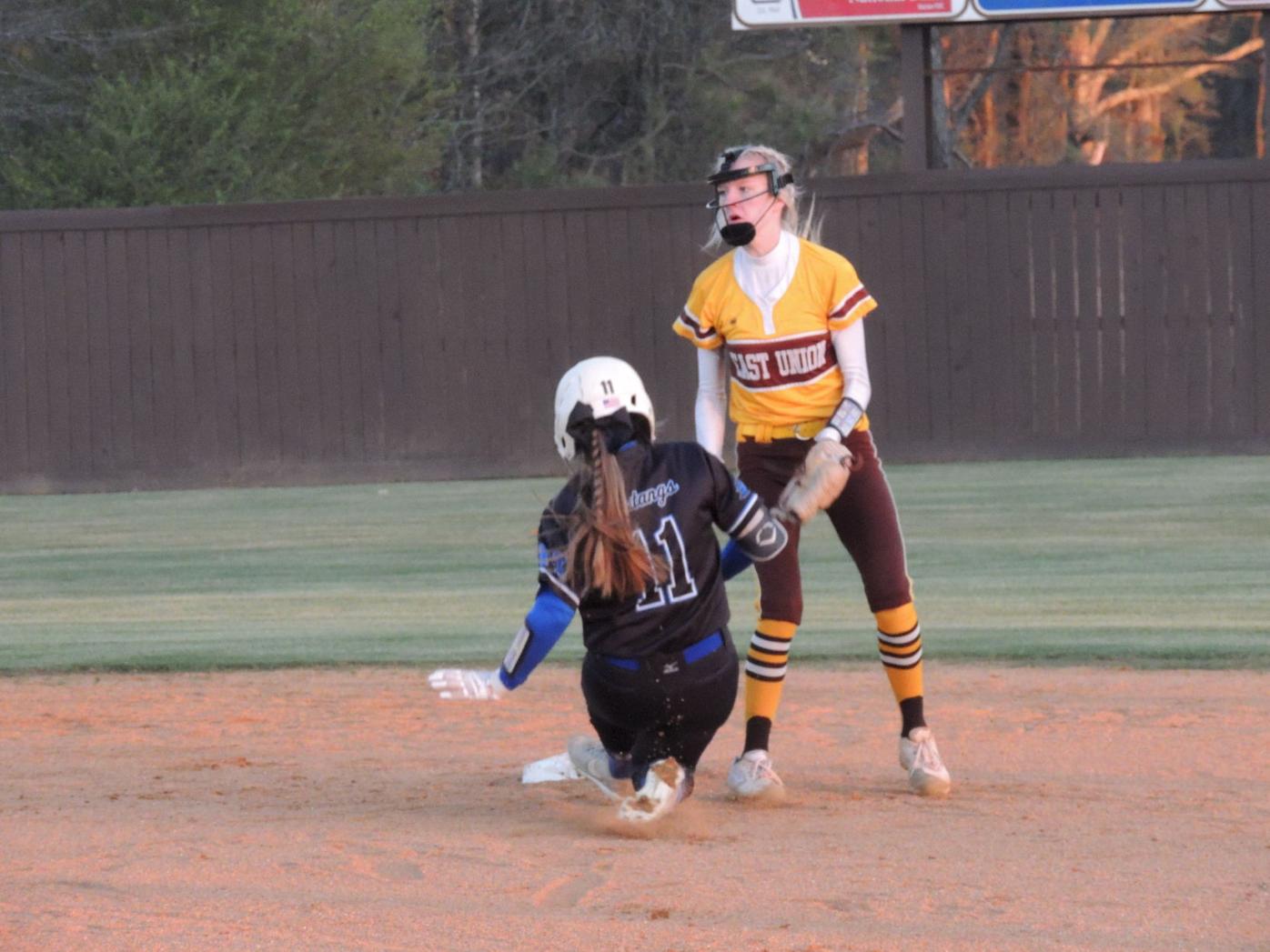 East Union's Maggie McVey singled on this pitch in the first inning against Mantachie.

East Union's JV players huddle around the heater in the Urchins' dugout.

East Union pitcher Emily Coggin looks to the plate before a pitch against Mantachie.

ELLISTOWN – The bottom line for East Union in Thursday’s Division 1-2A loss to visiting Mantachie was obvious: Too much Ramsey Montgomery.

The freshman pitcher recorded 14 strikeouts and scattered six hits in the circle to lead the Lady Mustangs to a 6-2 win over the Lady Urchins. Montgomery also piled up impressive numbers at the plate, collecting two doubles, a home run and two RBIs.

“(Montgomery) threw the ball hard. I think she struck us out 13 or 14 times,” East Union coach Josh Blythe said. “I could tell she was throwing some screw balls and curve balls away.

“Ramsey pitched a really good game,” Montgomery said. “I thought we played as a team for the very first time. We hit top to bottom and had some big bats come through. Ramsey pitched well, but I thought they backed her up (offensively) and the defense played well.”

Trailing 1-0 in the bottom of the first inning, East Union responded to take a 2-1 lead on RBI singles by Maggie McVey and Jorja Roberson.

Mantachie answered in the third to take a 3-2 lead on doubles by Montgomery and Lynsey Barber, a single by Hanna Gillean and a fielder’s choice ground ball by Lillianna Cates.

In the fourth, Cates added an RBI – her third of the game – with a single to plate Abby Johnson, who had singled to give the Mustangs a 4-2 lead.

In the top of the seventh, Montgomery homered and Cates singled and later scored on a single by Madison Jones.

“I told the kids, ‘They’re a good ball club and we get play them again. If it works out perfect, you’ll play them two to three times,’’’ Blythe said.

Newton County no match for Bulldogs