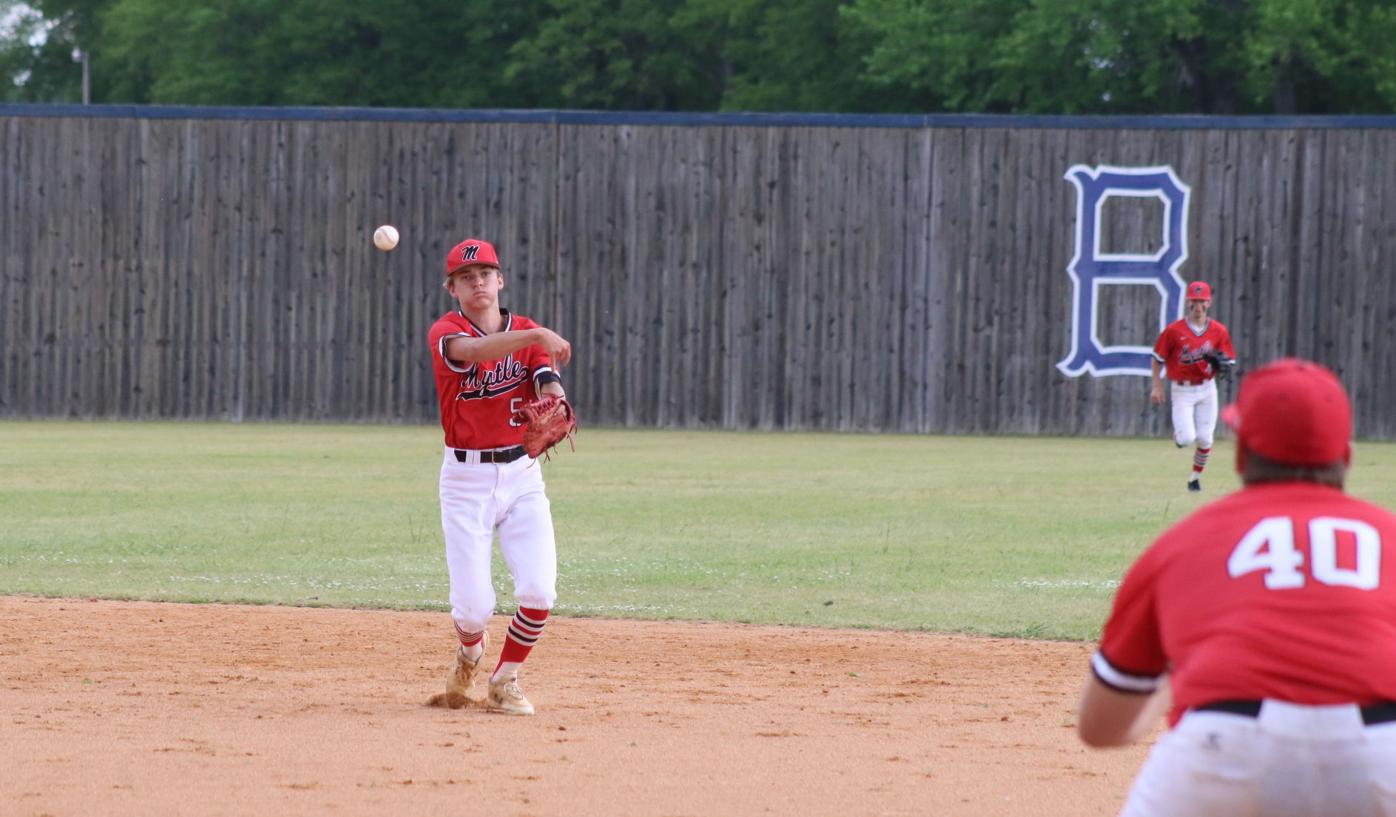 Mason Cook fields the grounder to second for Myrtle and throws to Conner Coleman to get the out. 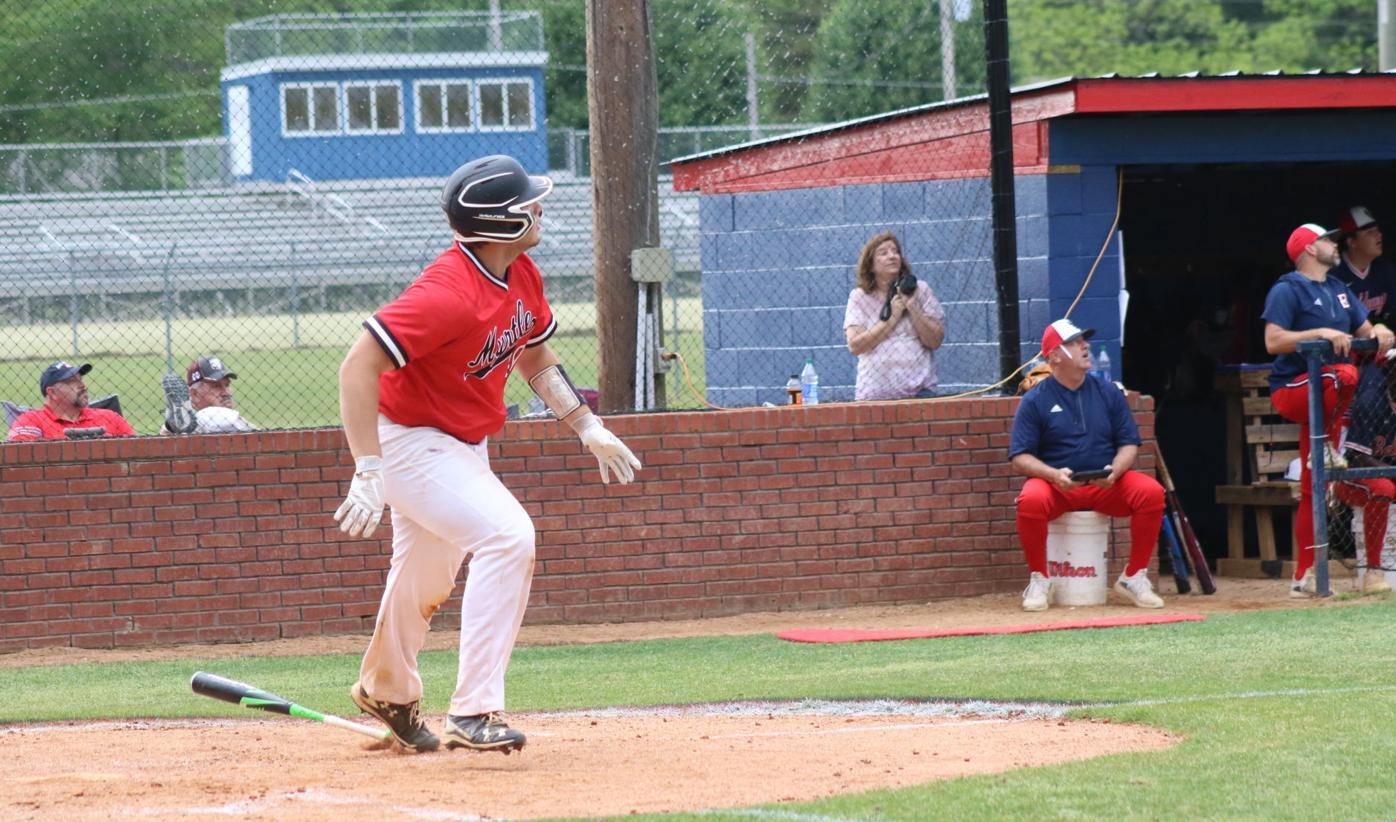 Conner Coleman watches as his near grand slam homer curves foul down the left field line. 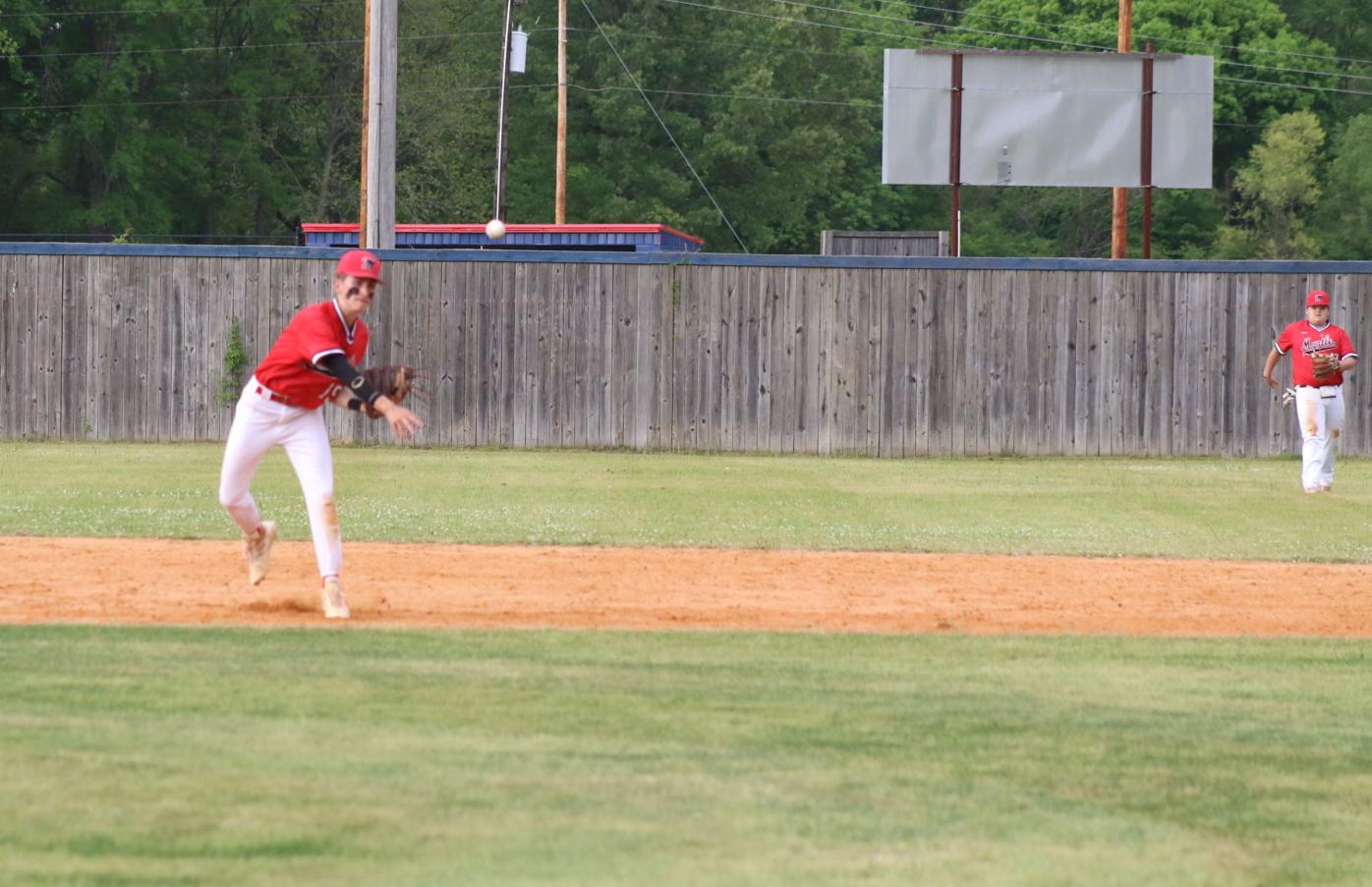 Jaden Taylor fields the grounder to short and throws across the diamond for the out. 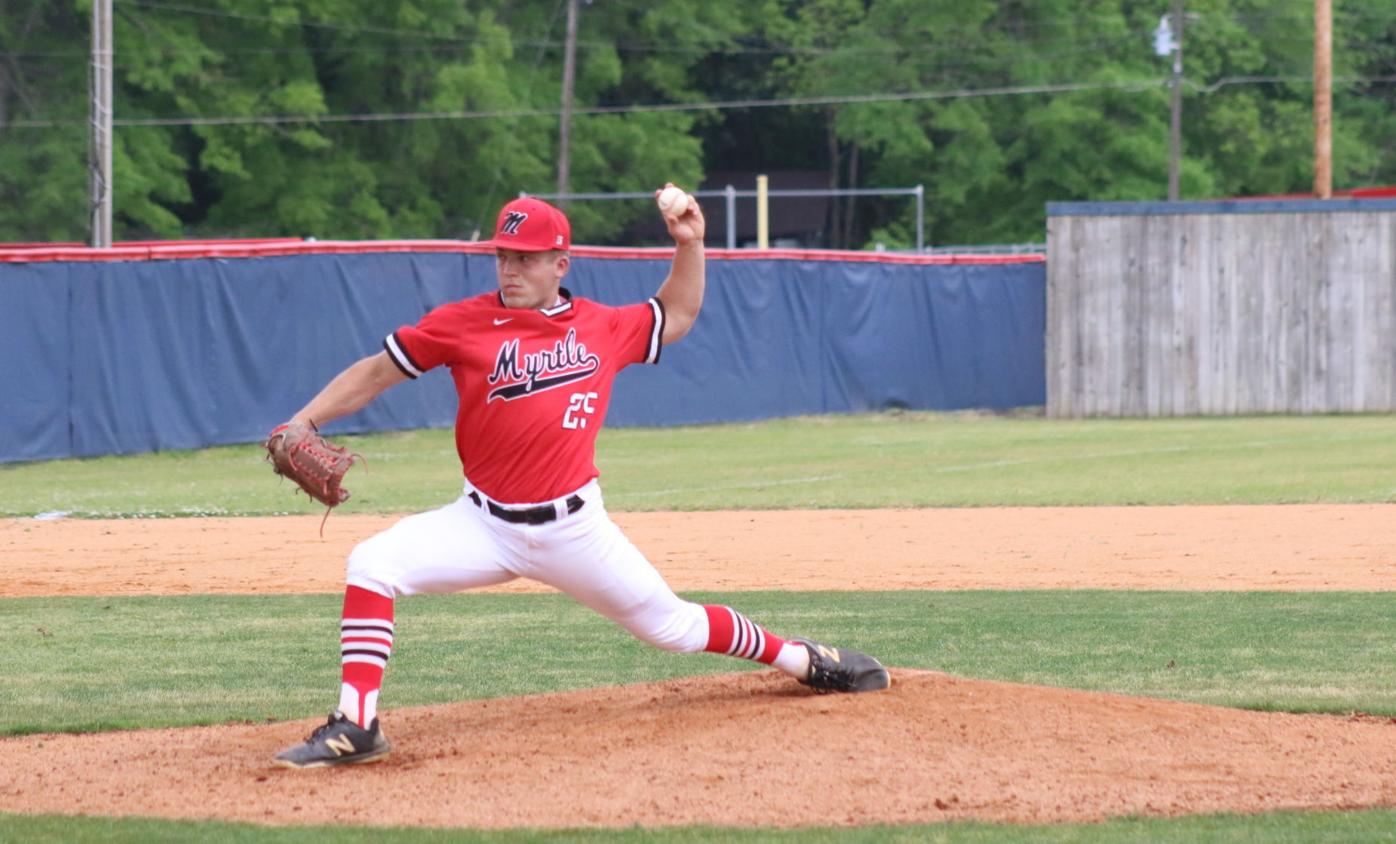 Jackson Mayer of Myrtle delivers the pitch during the second inning of Thursday's game.

Dylan Gaines slides into home during the fifth inning at Baldwyn

Myrtle's Braiden Jordan drives this pitch to the left side which resulted in an E5.

Mason Cook fields the grounder to second for Myrtle and throws to Conner Coleman to get the out.

Conner Coleman watches as his near grand slam homer curves foul down the left field line.

Jaden Taylor fields the grounder to short and throws across the diamond for the out.

Jackson Mayer of Myrtle delivers the pitch during the second inning of Thursday's game.

BALDWYN - Myrtle had what appeared to be a comfortable lead and were on the threshold of a game one victory, but the seventh inning unraveled for the Hawks and the Bearcats came back to win 6-5.

Myrtle had added an insurance run in the top of the seventh to extend their lead to 5-1 and appeared to be in control heading to the bottom of the frame.

However, the bottom of the seventh saw the leadoff batter single and reach. Then two consecutive batter were hit and the bases were loaded.

A single scored a run and then the cutoff man was hit in the face by the throw from the outfield as the ball took a crazy hop on the relay and the ball bounced into left allowing another run to score and cut the lead to 5-3.

The next man up hit a ball to the outfield that should have been caught, but was dropped and allowed two more runs to score and the game was tied 5-5.

One more misplay came about and Baldwyn scored the winning run on a passed ball to win the game 6-5. Amazingly, Baldwyn scored five runs, but only had one RBI in the inning, but the Bearcats capitalized on their opportunities and made the most of them.

Myrtle had broken a 1-1 tie in the fifth inning as the Hawks scored on an error which occurred during a delayed steal. A second run scored on another error as the ball went through the third baseman.

Mason Cook delivered a RBI single for the third run of the inning and the Hawks led 4-1 midway through the fifth.

A couple of innings may have aided the Myrtle collapse at the end as twice they left the bases loaded during the third and seventh inning. They left two stranded in the fourth while leaving a man at third in the fifth and a runner at second in the sixth.

Myrtle's first run came in the first inning as Jaden Taylor singled and later scored on an error off a ball put in play by Dalton Galloway.

Myrtle extracted a bit of revenge on Friday as they were the recipients of the walk-off win of 9-8 after losing Thursday's game one in a walk-off.

Myrtle trailed by two run at 8-6, but this time the seventh inning rally was in their corner.

Jaden Taylor hit a RBI single to score a run to pull within a run at 8-7.

Luke Gaines came through with the game-winner as he doubled to drive in two runs and give the Hawks the 9-8 win.

Gaines worked six innings on the mound and Mason Cook came on in the seventh to pick up the win.

Myrtle scored first in the second inning, but Baldwyn answered with six in the bottom of the frame and the Bearcats went on to win the game 11-1 and the series 2-1.