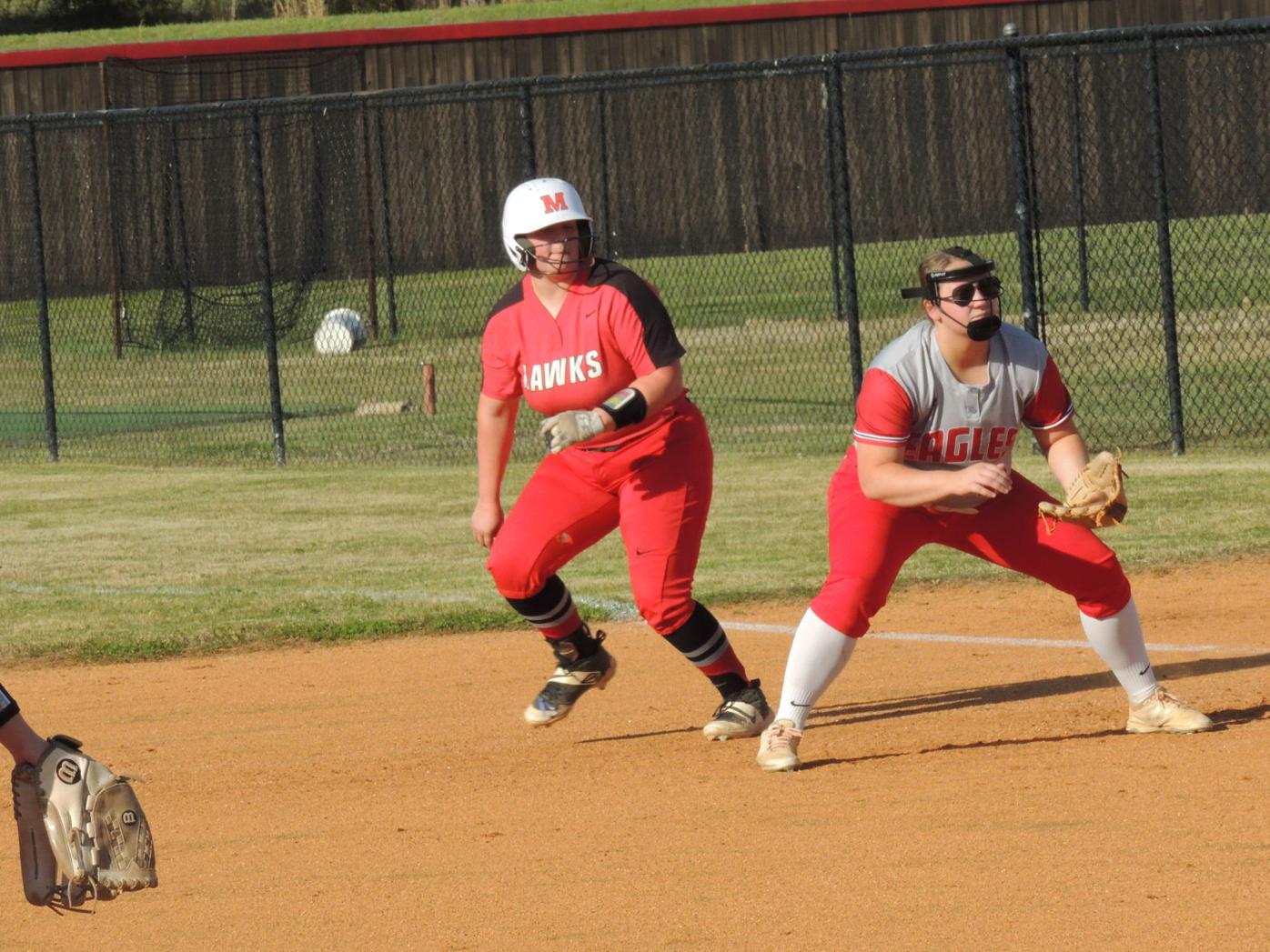 Myrtle's Kinzie Waits takes a lead off first base following a first-inning single. 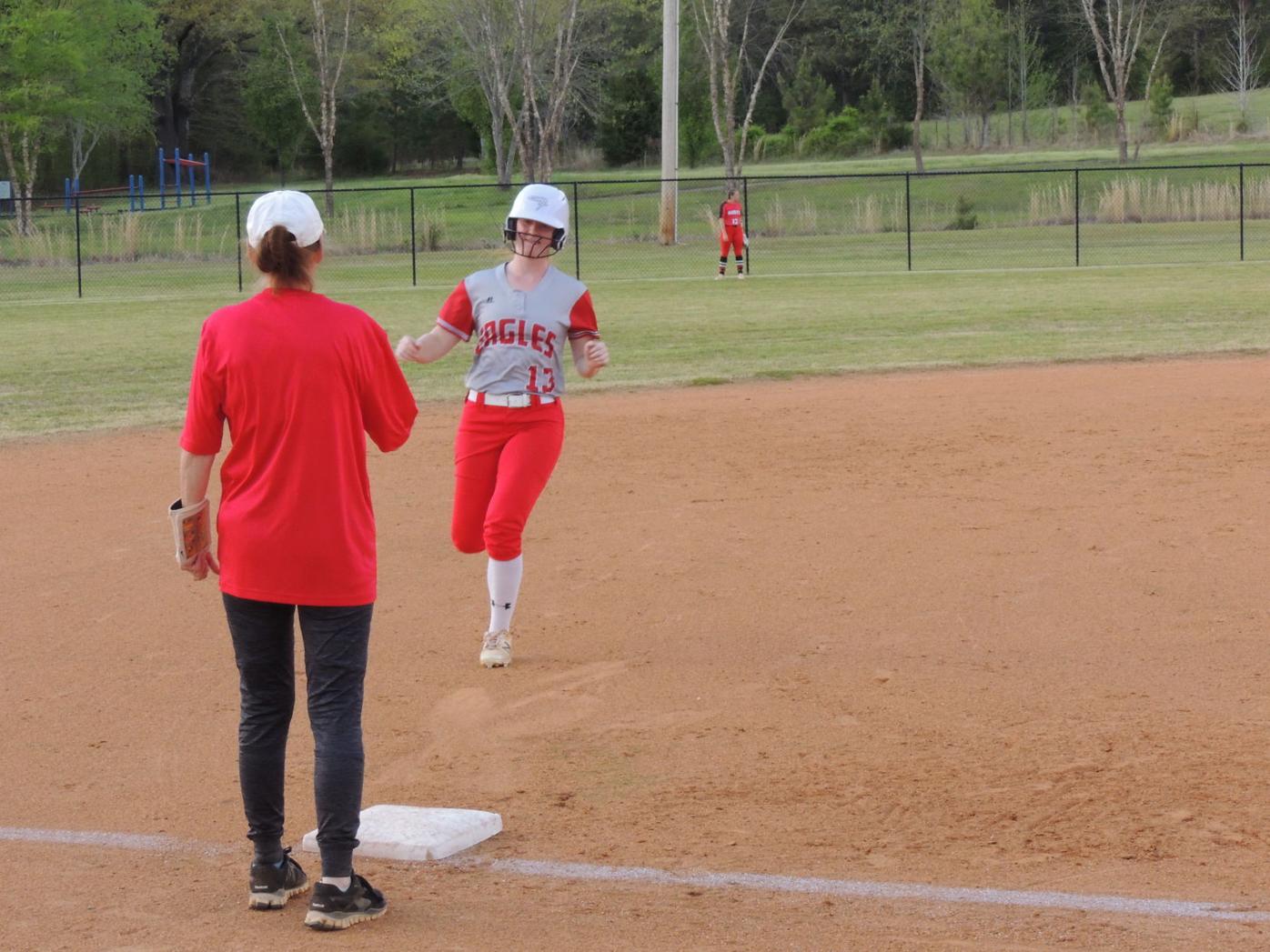 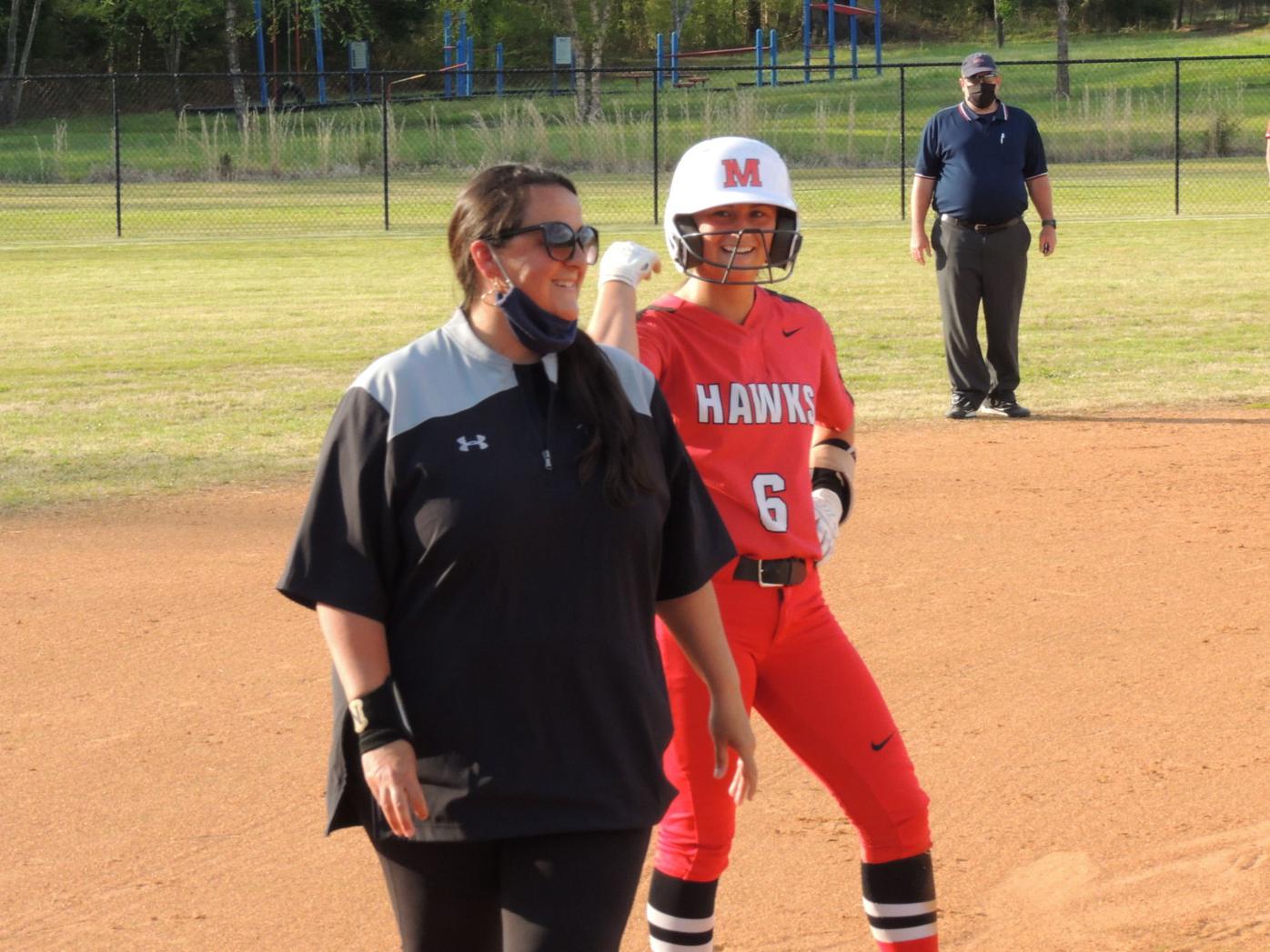 Myrtle's Kinsley Gordon, right, shares a smile with her coach/mom Brooke Gordon after a triple against West Union. 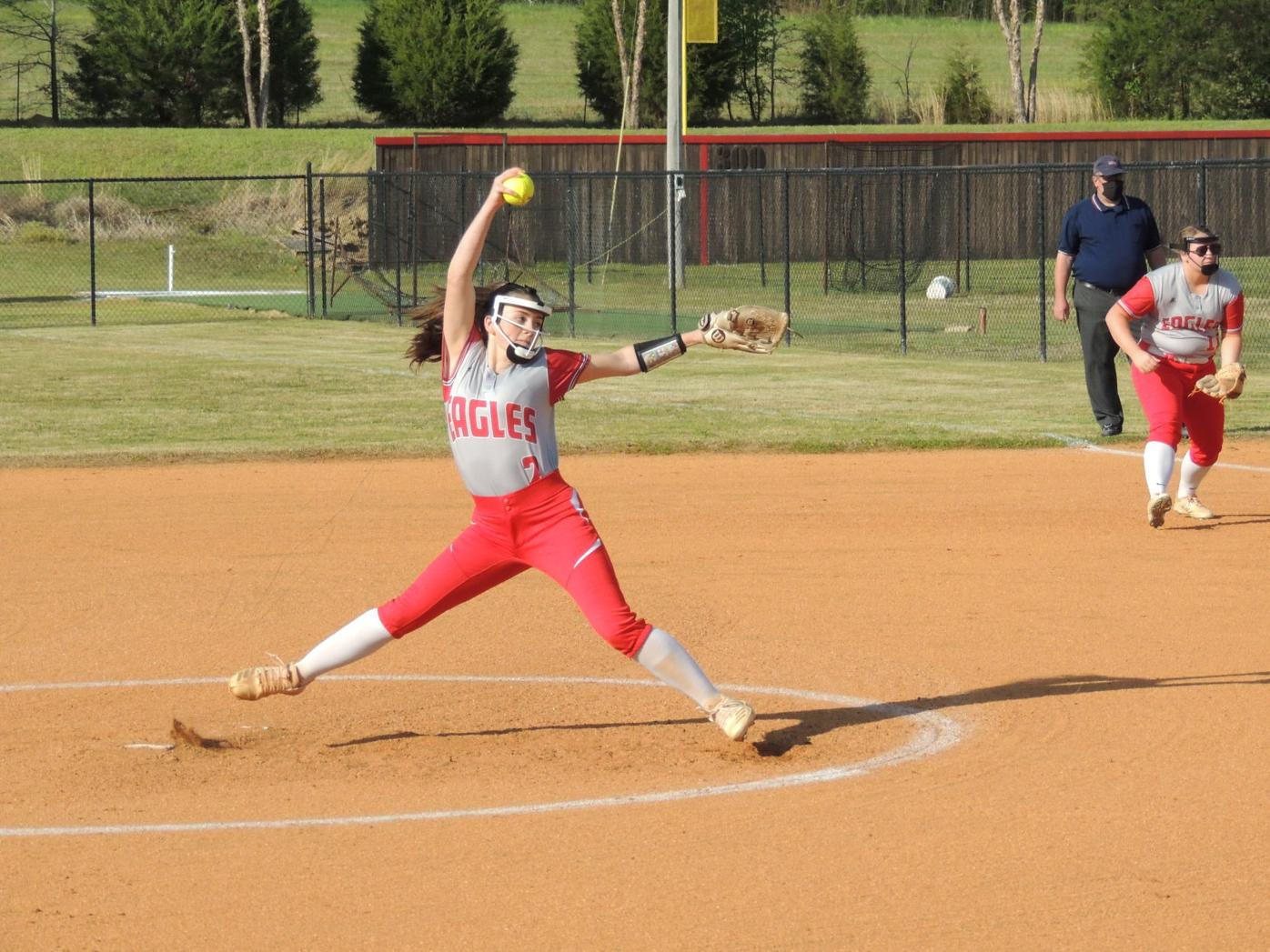 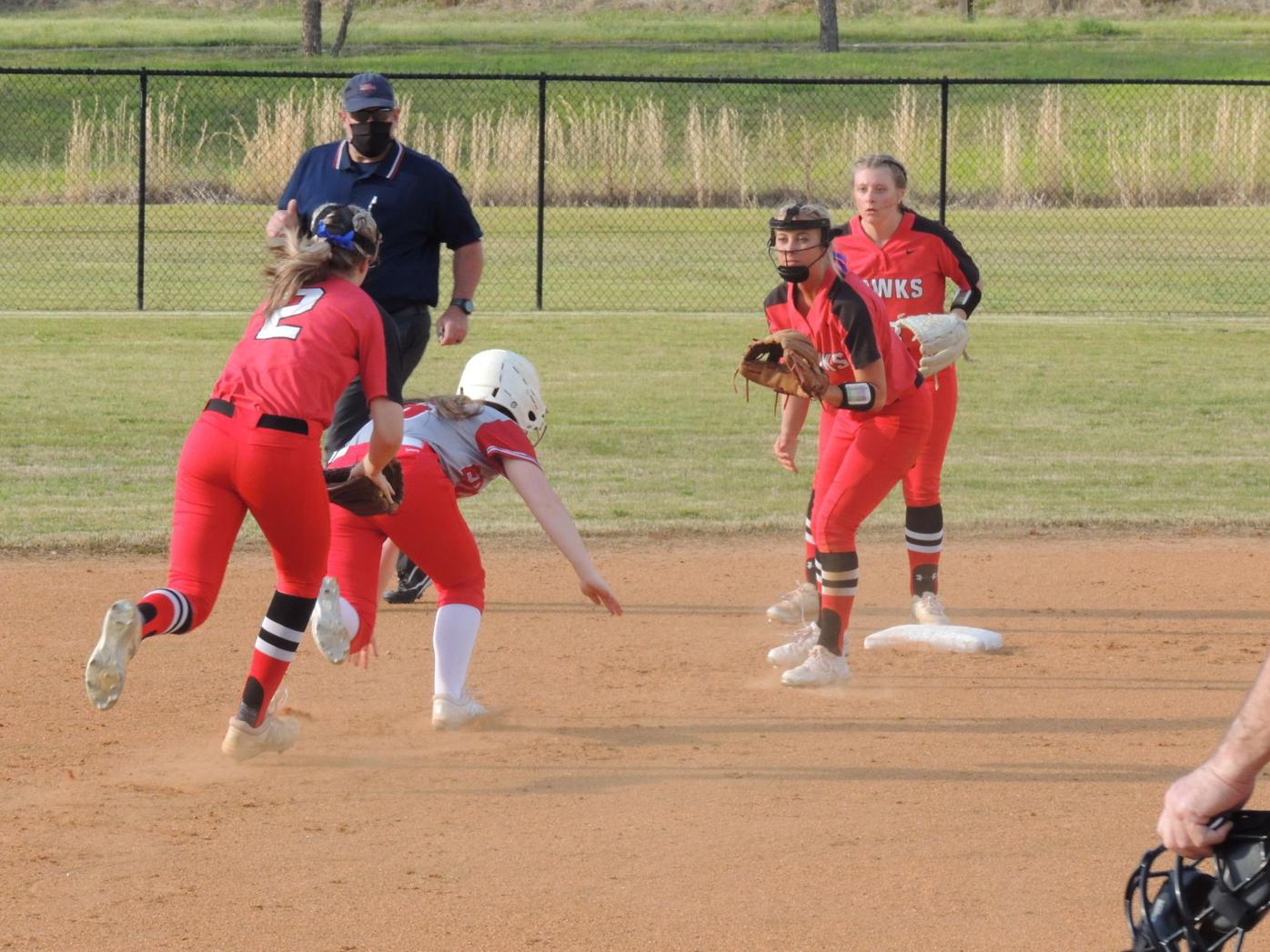 Myrtle's Kinzie Waits takes a lead off first base following a first-inning single.

Myrtle's Kinsley Gordon, right, shares a smile with her coach/mom Brooke Gordon after a triple against West Union.

ENTERPRISE – Myrtle, the Daily Journal’s No. 10-ranked team, opened its Division 3-1A season with a bang Tuesday, as the visiting Lady Hawks defeated West Union 7-2.

The Lady Hawks have division doubleheaders scheduled for this week against Coldwater and H.W. Byers. They have a return game against West Union and two league games against Hickory Flat remaining.

“We’ve got maybe three weeks to get them (division games) in,” Gordon said. “I’m excited about it. I’d like to see a little more consistency one through nine. We hit, but not always to the right place and at the right time.

“I’d like to see us be a little more solid defensively. They’re battling, doing the things they need to do. They’re working hard and want to play, but there’s always room for improvement.”

Myrtle’s top half of the lineup – led by lead-off batter Sarah Kate Thompson and clean-up hitter Kinzie Waits – cranked out eight hits. Thompson had three singles while Waits had two singles and a double. Emma Mayer added a single and Kinsley Gordon had a triple.

“Sarah Kate puts the bat on the ball. We pretty much know she’s going to get on,” Gordon said. “Waits works hard and listens.”

The Lady Hawks took a 3-2 lead into the fourth when RBI singles by Thompson and Keragen McCullough gave them a 5-2 lead.

West Union scored its two runs in the bottom of the third on Annie Orman’s two-run homer off an 0-2 fastball from Streich. Callicutt, who had singled, was the runner Orman plated.